So much to look forward to!

With winter officially in our rearview mirror, it’s time to look forward to warmer, sunnier, and more eventful days to come. Toronto will be in full bloom this month, and if there’s anything we locals are known for, it’s soaking up every last drop of the good weather while it lasts. Not only are there parades, festivals, attractions, and exhibits to look forward to this month, but the reopening of beloved attractions like Canada’s Wonderland. There’s plenty of things to do in Toronto this April 2022, so consider this your official guide to the very best that the city has to offer.

Now, let’s dive right in with 25 incredible things to do in Toronto this month.

Ever wondered what it would be like to step inside a time machine? Well, thanks to virtual reality, now you can. Toronto has a new immersive VR adventure that transports you to some of the world’s most extraordinary libraries both real and imagined. Robert Lepage’s The Library at Night “is an immersive and sensory virtual-reality journey that whisks you away to 10 libraries throughout time and across the globe – from Mexico to Japan, Copenhagen, Sarajevo and beyond,” the description says.

After a long hiatus, Cirque du Soleil is finally bringing its iconic Big Top back to Toronto for a breathtaking performance. The city will be treated to Cirque du Soleil’s most critically acclaimed show, called KURIOS — Cabinet of Curiosities. The performers will take the stage at Ontario Place on April 14, 2022, for a “mind-boggling” limited series of shows that combine acrobatics with art, poetry, and humour.

Where: 1 Yonge St
When: Various dates

This city-wide festival will be screening documentaries at theatres all over Toronto this spring, as well as a selection of films you can screen on Hot Docs at Home. Prepare to see some of the world’s best documentaries at this annual spring festival and attend some in-person Q&As with the directors, then cast your vote for the Hot Docs Audience Award and Rogers Audience Award.

Get ready, Toronto! Grammy-nominated critically acclaimed singer and songwriter Olivia Rodrigo is coming to Toronto to perform her debut album SOUR. The concert is the first of many exciting live music events hitting Toronto this spring and summer, including returning festivals like Field Trip and VELD as well as new events like Decadence. Let the countdown begin!

Toronto’s popular RendezViews patio is now open for the season and there’s a three-day party coming up that you won’t want to miss. Festivities include food and drink, lawn games, live music, giveaways, and watch parties for sporting events throughout the three days. As for the musical entertainment, the iconic Sam Roberts Band will be headlining the event on Saturday at 4 p.m., followed by Toronto’s own Anders NST performing on Sunday afternoon.

The bestselling novel turned Academy Award-winning film is being adapted into a theatre production on the Mirvish stage this month. Room will premiere on April 5, showcasing the harrowing story of a kidnapped woman and her son, who escape from the garden of their captor and venture out into the world beyond the room.

An intimate concert bathed in candlelight at Toronto’s historic castle — has anything ever sounded more romantic? This month, Casa Loma is hosting live symphony shows in a dreamy setting. Travel down an 800 ft tunnel below Austin Terrace to the castle’s Carriage Room for a one-of-a-kind performance. Plus, enjoy classic scores from popular Hollywood films every Thursday and Sunday.

Stock up on new treasures and support local while you’re at it at this artisan market on Queen West. Over 50 artisans and vendors will be stationed at the venue, selling jewelry, bath and body products, leather goods, stained glass, candles, clothing, and more. The first 30 shoppers through the door will get a VIP swag bag!

Feeling like perusing a selection of cheap goodies this April? The Leslieville Flea in The Distillery District is where it’s at. With a zero dollar admission fee, you can look through tons of handmade goods, artisanal products, handcrafted items, and more at this curated market. Although you will have to pay a small price if you decide to buy anything, most of the stuff up for grabs here is pretty darn cheap.

Start the spring season with a fresh assortment of local goods straight from this iconic artisan craft fair. The theme for this year’s show is Flourish, symbolizing rejuvenation, growth, and new beginnings. This event is a chance to meet and support local makers, unleash your creativity, and collect some unique new items for the season.

If you’re brave enough to conquer the elements for the sake of health and wellness, you can take on “the most epic cold plunge Toronto has seen” this April. Designed to “embody health, strength and the power of community,” this event will involve guided breathwork, movement, and two-minute cold dip at Toronto’s Woodbine Beach, followed by a social on the beach. Plus, your participation will automatically enter you into several wellness-related contests. Be sure to read the event description to find out how to register.

Put on your thinking caps, friends! A real-life treasure hunt in Toronto is happening at The Grand Order of Divine Sweets and there are some very sweet prizes up for grabs. Not only will the hidden treasure contain a delicious handcrafted treat, but also a scroll you’ll need to bring to the bakery to redeem your prize. The grand prize, however, is the Golden Egg — a large, dark chocolate smash egg covered in edible gold and filled with treats and $1,000 cash.

The annual parade that takes place in the Beaches every Easter weekend in Toronto is returning this April. The parade will travel from Queen Street East and Munro Park Avenue, and continue along Queen Street East to Woodbine Avenue, with floats to see, treats to eat, and music to enjoy all afternoon long.

Wing enthusiasts, this is not a drill. St. Louis Bar & Grill has brought back its all-you-can-eat boneless wings event at all of its Ontario restaurants for an entire month. Until late April, you’ll be able to fill up on as many wings as you can handle all for $19.99. Nope, we’re not clucking around!

Where: Find your nearest location
When: Until April 24, 2022

A brand new nationwide event is coming to Canada this April and it’s a celebration of Filipino cuisine. Diners will get to try everything related to Filipino cuisine by ordering from prix fixe menus, including traditional dishes like Adobo, and dining experiences like the Kamayan finger food feast. There are so many restaurants participating around Toronto and if you love to explore the city through its cuisine, this event is not one to miss.

A brand new Asian night market called Superfresh is taking over the Annex this April with 4,000 square feet of delicious eats, live entertainment, and special surprises. The market’s vendors will showcase many different regions through their menu offerings, from Northern China and Nepal to Taiwan and Korea.

While you chow down on tasty treats, you’ll get to enjoy the sounds of live DJs, do some pop-up shopping, explore local artisan products, and participate in the amazing culture and heritage of these Asian nations.

No one can deny that when it comes to the Toronto bar scene, this city knows what it’s doing. But what about the more underground places? If you’re sick of the crowds at the mainstream locations and want a little exclusive getaway, check out some of the city’s best-kept secrets. Oh yeah baby, we’re talking the hidden bars and speakeasies of Toronto. A night out’s more fun when you have to find your way, isn’t it?

Where: See the best ones here

Canada’s premier amusement park is reopening for the season this Apirl with new rides, restaurants, and entertainment for visitors to enjoy. Wonderland’s world-class attractions will be open to the public at the end of this month, with the opening of Wonderland’s 20-acre waterpark Splash Works to follow. Get ready for another season of thrills!

With stadiums once again full of cheering fans, now’s the time to throw on your jersey and join in on all the excitement. Toronto FC and the Toronto Blue Jays’ seasons are officially underway and the NBA playoffs are inching closer, which means it’s a great time to come out and support Toronto’s teams! 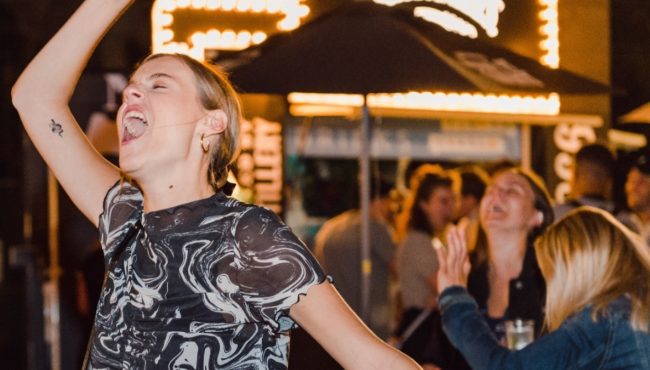 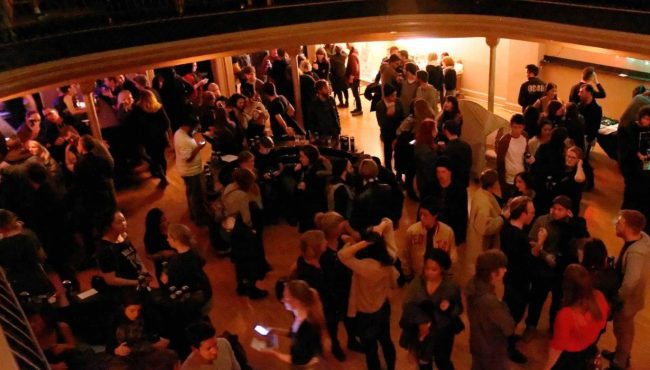 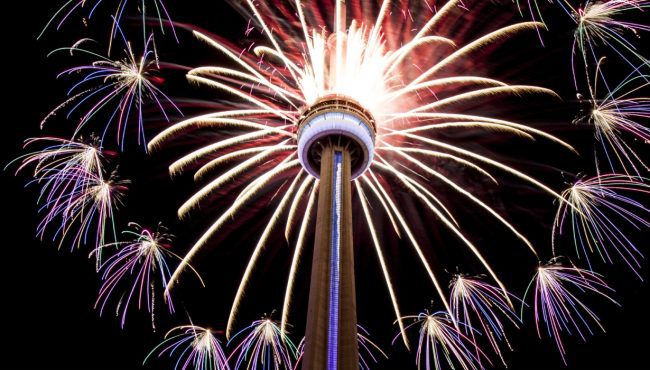 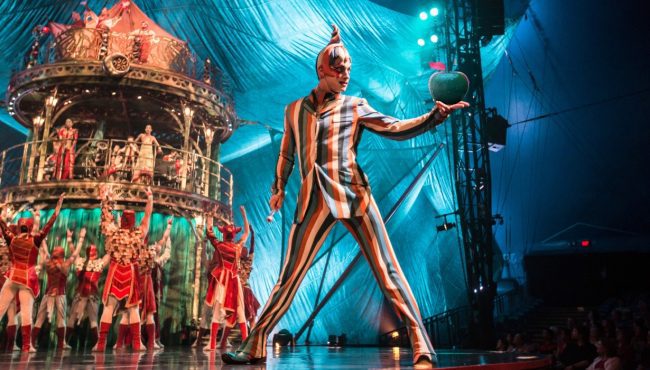