When it comes to new destinations and experiences, Toronto never fails to deliver. It may cost a fortune to live in this city, but having world-class attractions at your fingertips is a pretty amazing perk, not to mention all of the exciting things we have to look forward to in the coming year. From award-winning hotels to a spa village to Canada’s tallest new skyscraper, it’s safe to say that 2022 is shaping up to be a pretty busy year.

Here are 6 of the most highly-anticipated openings slated for next year in and around Toronto.

The sprawling Nordic spa village 45 minutes east of Toronto is, without a doubt, one of the most anticipated destinations opening next year. Now in its “last leg of construction,” the village is set to welcome visitors in spring 2022. The spa will be taking reservations as early as five weeks before the grand opening.

The completed village will have 6 dry saunas and 2 vapour baths, 5 warm pools, glacial plunge pools, a German-inspired Aufguss ritual in an authentic log sauna, Middle Eastern steam baths, Dead Sea-inspired waters, as well as massages and various treatments. Plus, three restaurants you can visit in between soaks.

The celebrity hotspot you might recognize from paparazzi photos is set to expand in the North. Canada’s very first Nobu Hotel and restaurant are planning to open in 2022, and it’s been five years in the making.

As for the restaurant, it will span across two levels of the hotel, with a bar lounge, private dining rooms, and an outdoor terrace.

The light rail project that has plagued Eglinton Ave for what feels like an entire century at this point is finally set to open in late 2022. The 19 km line, which was supposed to be open already, has encountered endless construction delays.

But finally, after nearly a decade of headaches for residents, commuters, and business owners in the area, we’ll be rewarded next year with a convenient new crosstown transit line that spans from Mount Dennis to Kennedy, which you can use to zip across the city 60% faster.

The upscale Marriott-owned hotel chain with locations in the dreamiest destinations around the world is finally coming to Canada. The W Toronto will be the “newest and most sought-after hotel destination” in the city, according to Marriott.

Located in the heart of Yorkville, W Toronto will feature live music in the Living Room, a dazzling hotel rooftop bar, three restaurants, a ground-floor coffeehouse, and of course, some seriously luxurious suites with unbeatable views.

The tallest habitable building in Canada will stand at a towering 306.3 meters when it’s completed. The tower will have over 400 residential units with amenities that include valet parking, private club rooms, a gym with a yoga studio, and an outdoor Sky Garden with trees and an infinity pool. It has an approved height of 85 floors but a proposal has been submitted to add 9 more.

The building’s podium will consist of dedicated to retail space, cafes, and restaurants, as well as pedestrian pathways that connect the building to the PATH system and the subway line.

Currently, The One is set to be complete in 2022, however, BuzzBuzz Home states that the estimated completion has been set for Winter/Spring 2023. Curiocity has reached out to The One for their response and we’ll update the story when we hear back.

Toronto’s downtown IKEA is gearing up for its grand opening in early 2022 and it will be the first of its kind in Canada. The smaller-format store will be located at the Aura Retail Podium on Yonge St. at Gerrard St., just down the street from Dundas Square.

The store will be similar to the ones you’re used to, only downsized to fit its urban surroundings. It’ll have over 2,000 products you can shop in-store and a unique restaurant concept.

Other cities around the world are home to smaller IKEA stores too, including Paris, Moscow, Shanghai, and Queens, New York. 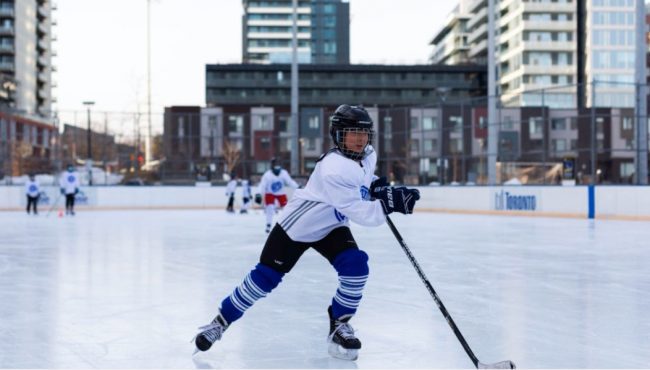 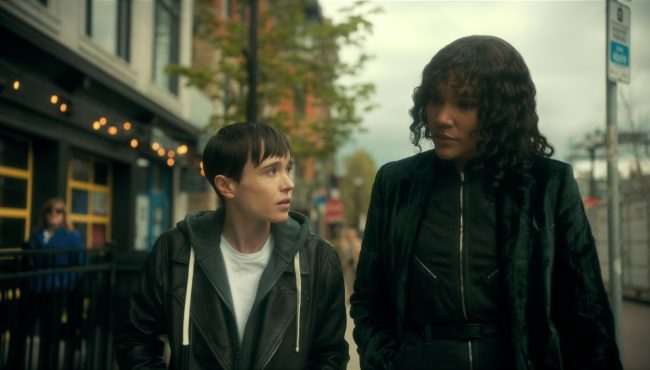 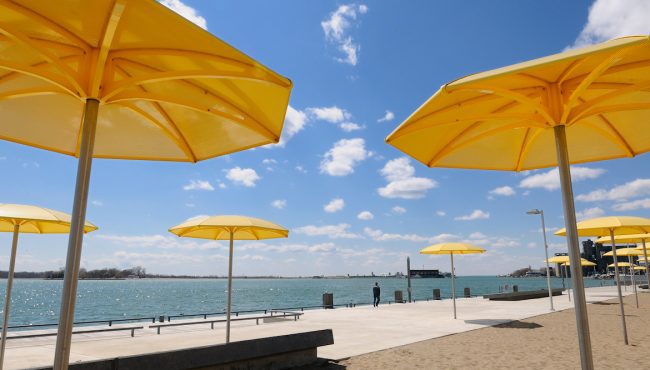 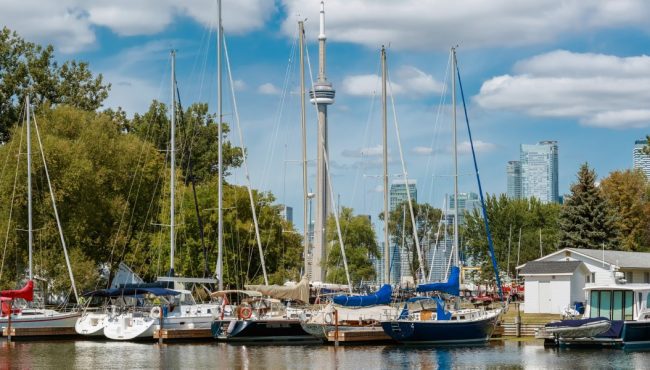