Our enthusiasm for February is anything but frozen!

It may get cold, but we’re fired up about February. It’s hard not to be when we’ve got some amazing options around Edmonton to look forward to. Get outside, enjoy a festival, see one of the city’s best attractions… the list goes on. And we’re here to give you our top picks for what you should get up to.

Here are the best things to do around Edmonton this February.

The Ice on Whyte Festival is back. For the next week or so, Canada’s best ice sculptors will be creating stunning pieces all along Whyte Ave. Whether you’re taking a peek during a shopping trip, checking them out before or after dinner one night, or just going to see them by themselves, this is a great option in Edmonton early this month.

When: On until February 6th
Where: Whyte Avenue
Cost: $6 for GA

We’re huge fans of this annual festival that combines a little bit of everything. Check out snow sculptures, learn something new at the heritage village… the list goes on! Plus, the location in Hawrelak Park makes it the perfect option for a nice weekend.

When: February 11th to 21st
Where: Hawrelak Park
Cost: Varies

Much like the above pick, we’re loving a specific part of an already amazing experience. Namely, the Abandoned Alberta exhibit, which documents some of our province’s most beautiful (and haunting) ghost towns and areas.

When: Open throughout February
Where: 9810 103a Avenue NW
Cost: Varies

And of course, how could we forget about the AGA! In addition to the permanent collection, there are currently 5 temporary exhibitions and installations on view right now, plus more scheduled, including a retrospective on one of Canada’s most famous folk artists, Maud Lewis.

When: Open throughout February
Where: 2 Sir Winston Churchill Square
Cost: $14

We’re kicking off this part of the list with a relatively unique option. The Birkebeiner Ski Festival is for cross country skiers, sure, but it has a very fun twist, as the most devoted of the events is a 55km long marathon with a 5.5kg weight strapped to your back (to symbolize a child, of course!)

When: February 11th to 28th
Where: Locations vary
Cost: Varies

The ice rinks are calling, and we must go! From small and lesser-known spots to some of the most popular skating areas around, Edmonton is full of incredible options, and we’re going to make the most of them every chance we get!

When: Open throughout February
Where: All around Edmonton

If Edmonton manages to get any significant amount of snow this month, then we’re making a bee-line to the local hill. Care to join in? Don’t worry, because we’ve rounded up some of the best sledding hills in the city for your convenience!

Edmonton’s Ice Wall has returned for another season! This unique attraction is the perfect combination of the thrills of ice climbing without all the, you know, inherent danger of it. Whether you’re already into climbing or just wanna try something new, they’ve got options for everyone.

Edmonton has no shortage of local ski hills for you to check out. Our first pick is Snow Valley, which offers a great spot for those just getting into the sport. The vast majority of the hill is beginner or intermediate, so you don’t have to worry about accidentally stumbling onto a black diamond run.

Next up on our local ski tour is Sunridge. In addition to the classic downhill runs, this spot also offers snow tubing for those who don’t really want to get fully kitted up to enjoy their time on the slopes.

When: Open throughout February
Where: 10980 17 Street NW
Cost: Varies

One big draw of Rabbit Hill? With over 40 acres when fully open, the hill is actually the largest to check out in the city. That means more runs and a pretty big terrain park to check out, just in case you’re trying to push yourself to be more extreme this winter. As for us? We’re happy cruising down the groomers.

When: Open throughout February
Where: 20715 57 Avenue SW
Cost: Varies

When: Open throughout February
Where: 9613 96 Avenue NW
Cost: Varies

Elk Island is a veritable winter wonderland year after year, and luckily, you can check it out no matter the weather. Whether you’re hitting the trails, stargazing, or trying to see some buffalo in true winter fashion, this national park is always worth the drive out there.

When: Open throughout February
Where: 54401 Range Road 203, Fort Saskatchewan
Cost: $7.90 for admissions

Maybe winning the most recent Battle of Alberta was a turning point for the Oilers? We sure hope so! Either way, we look forward to cheering them on this month as they face off against teams ranging from the Lightning to the Sabres.

When: Games throughout February
Where: 10220 104 Avenue NW
Cost: Varies

Shake up the usual weekend activities with this opera! Telling the story of 19th-century artists living in Paris, La Boheme is classic Italian opera, sure, but we’re immensely grateful that there will be English subtitles projected alongside the live performance.

While some concerts have been cancelled, others (at least at the time of writing) are still on! First up is Dean Brody, who has become a Canadian music legend for mixing classic country sounds with modern lyrics.

Speaking of music legends, JoJo is returning to the stage! She’s been putting out new music these past couple of years, with more on the way, but we’d be lying if we said we weren’t mostly recommending this for the chance to hear ‘Too Little Too Late’ in person.

Here’s a band that more than lives up to its name. This ensemble group creates some seriously high-energy tunes, and they more than live up to their sound with their live performances.

There’s nothing blue about seeing Blue Rodeo, that’s for darn sure. Not only do they have literal decades of great songs under their belt, but they’ve been putting out new music on and off right up until this year. Old, new… doesn’t matter with this band.

Farmers markets trips in the winter? You better believe it! Edmonton’s markets operate year-round, offering a great place to stock up for that major weekend meal you’ve had in your mind for the past few weeks/months.

When: Open throughout February
Where: Locations around Edmonton

For those looking for a change of scenery, without actually taking a vacation to do it, we’ve rounded up some of the best rentals for a workcation around the province! Skip the usual fare for evenings filled with exploration and outdoor fun, all around the province!

Where: Click the link above for our top picks

For some reason, we always having the hardest time picking comedies to watch for a laugh. So, we created a list of the funniest movies that you can stream in Canada right now, from true classics to modern icons.

Where: Click the link above for our top picks

Last but certainly not least, we come to the Muttart Conservatory. One of the most unique buildings in the city doubles as a beautiful indoor garden, and it’s often the first thing we think of when we need to take a break from winter’s chilly embrace.

Well, there you have it- our picks for the best things to do in Edmonton this February! We hope that you can enjoy yourselves out there! 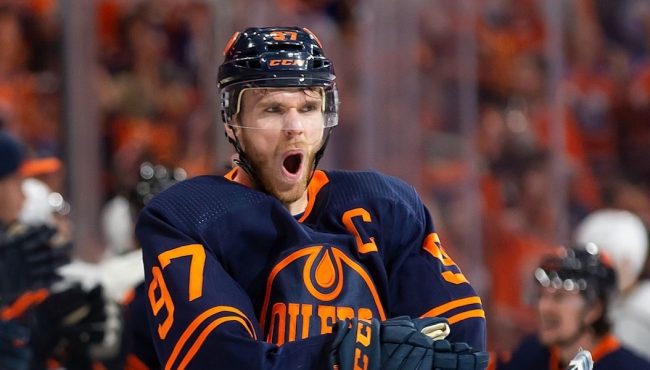 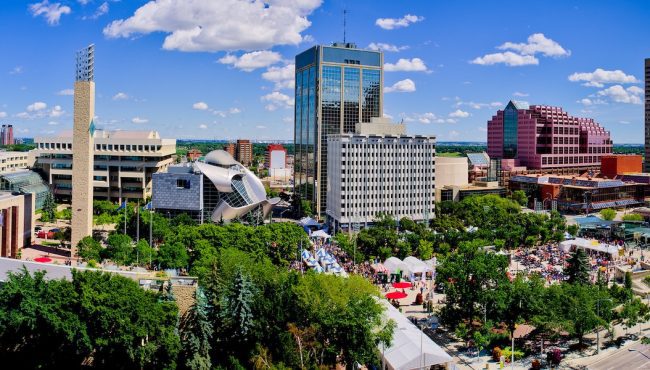 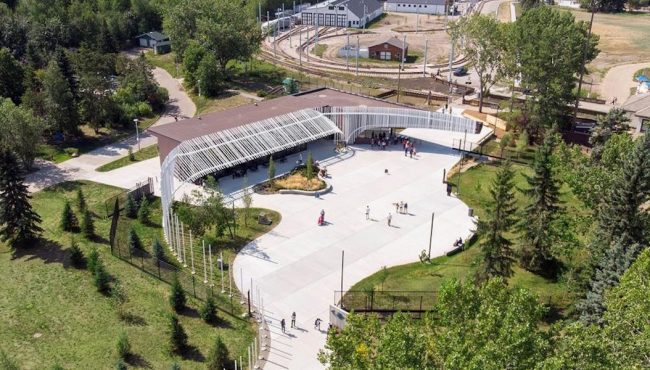 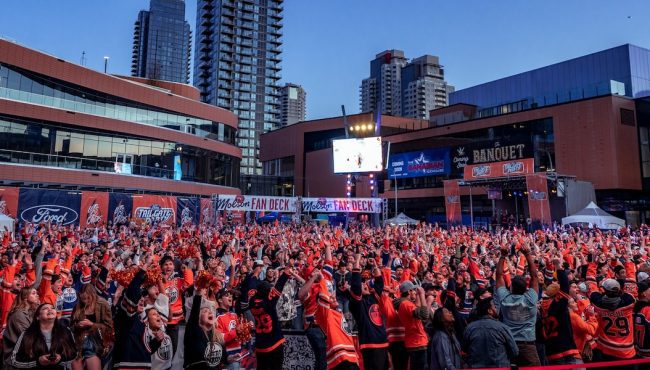