Let's taco bout these tacos though...

While tacos are certainly not restricted to summertime, we think it’s especially fitting to do a taco spot roundup to kick off the warmer, sunnier days ahead. Besides, what could be a better start to the season than tacos and margs on a sunny patio?? We know Vancouver isn’t exactly known as a hub for Mexican food, but there are some seriously tasty tacos out there that make us wonder whether that may be changing.

Let’s dive right in. Here are 15 amazing spots to grab tacos in Vancouver this summer.

At La Taqueria Pinche, their love of tacos is their main ingredient. Come for the classic tacos (we recommend the mole stewed tacos), quesadillas, and burritos, and stay for the mojitos. With locations in Vancouver, North Vancouver, and Victoria (and a new shop launching at the Brentwood Mall soon), it’s not hard to see why the taqueria is such a hit!

ICYMI, Chupito is the pop-up patio accompanying the stylish, speakeasy-feel Cantina 189. In addition to serving a slew of delicious, unique cocktails, the restaurant & bar has some amazing pate, tostada, and ceviche on the menu. By way of tacos, guests can expect everything from hard shell tacos with potato and salsa verde, to soft tacos with smoked pork and lemon vinaigrette.

If you’re looking for an award-winning spot to sample some delicious tacos and authentic Mexican street food, Chancho’s is for you. Their tortillas are made fresh daily, using corn from small, independent farms in Mexico. Plus, their daily happy hour chilaquiles and tortas make for a great mid-day treat!

Gringo is Vancouver’s staple back alley taco shop, and its Instagram feed is just as funky & eclectic as the space itself. Come for the fun, tropical vibes, and stay because you can’t physically get up after eating too many “chippy dippies.” With tacos ranging from $3 to $4.25 each, you won’t find a better deal in the city! Enjoy tasty eats without breaking the bank this summer, all the while sipping on a massive Thai Bucket – because why not.

Lucha Libre is a great cocktail bar serving a range of delicious tacos starting at just $4.50 each – not too shabby at all when you compare it to prices around the city. They also have some amazing traditional Mexican desserts, including Pasta Fresca Lechera (three milk cake), Churro de La Buena, and Flan de La Abuela, a cake made with burnt caramel and cream cheese.

Come by on Saturdays for some salsa with your tacos – and we don’t mean the spicy tomato dip!

Sal y Limon is a classic Mexican fare hub with multiple shops set up around Vancouver. In addition to spicy margs, palomas, and Mexican cola – they also serve the best homemade horchata that we’ve tried in the city. Their flour tortilla tacos are to die for, and their burritos are so soft and mouthwatering that they might just make you cry. Just us? Okay…

If you’re looking for Latin street fare on a sunny outdoor patio, this is a great spot. Head to El Camino’s for their tasty weekend brunch specials, Taco Tuesdays, or daily happy hour. Who knows, you might just make it for one of their Mariachi performances!

Commercial Drive’s beloved vegan staple (with non-vegan options, too) Bandidas Taqueria has rebranded to The Burrow – a name they say derives from the “implied coziness” of the space. Don’t worry, their menu still has all your faves, nearly all of which are gluten-friendly.

We highly recommend their loaded nachos and homemade guac – whether you’re in a sharing mood or not! They also have some amazing vegan options that will satisfy any palate, including their iconic vegan eggs benny, vegan wings, and vegan breakfast hash bowl. Throw in a couple of boozy horchatas or local brews, and you’re set.

Los Cuervos Taqueria and Cantina is a great place to settle in for some tasty eats and drinks in a vibrant, cozy setting, as well as order takeout. If you want to plan an outdoor party or picnic this summer – you can easily grab any taco kit for $59 and/or a margarita kit for $79.

In addition to a daily happy hour (peep the 2 tacos for $10 deal), Los Cuervos also offers 20% off all drinks after 9 pm!

Located inside Cambie Village, Las Tortas is actually the first specialized torta (sandwich) spot in Vancouver, and let’s just say they’ve set the bar pretty high! Their famous tortas have obviously garnered their own reputation as being the best in the city, but we think their tacos follow pretty closely behind – plus, they have vegetarian, vegan, and gluten-free options that make them a great choice for everyone.

This upscale brunch spot is certainly putting an innovative spin on Mexican food staples. From mezcal cheesecake and queso fundido, to a variety of taco toppings, seafood plates, and grilled skewers. We could scroll through their Insta feed forever.

The only challenge will be deciding between a margarita flight and an espresso martinis made with mezcal. Because seriously, how do you choose just one of those?

We’ve talked about Castaway before, but the amazing flavours and quality of their tacos definitely bear repeating – especially since they’re only $3.50 during happy hour! Plus, the cozy, open patio is just a hop, skip, and a jump away from Jericho Beach, making Castaway a great option for pre-beach drinks and grub.

Lucky Taco is another Kits staple that you’ve probably passed countless times on your way down Yew Street to Kits Beach. Both their outdoor patio and indoor booths are covered in colourful fairy lights, and they have some amazing happy hour and late-night deals that you won’t want to miss out on this summer.

Our suggestion? Head there in the afternoon when they open and grab a spot outside for some sun and a refreshing Watermelon Paloma or Pineapple Bellini. And a couple of tacos, of course!

Whether you’re on a first date or celebrating a birthday with 15+ people, The Pawn Shop is probably one of Vancouver’s most versatile spots serving some of the tastiest tacos in the city. Head to their gorgeous, flower-adorned back patio and enjoy a taco salad & a fishbowl – because you deserve it.

We’re rounding off this list with one of Vancouver’s most well-known taco spots, Tacofino Taco Bar. With storefronts (and food trucks roaming around) in Kitsilano, Yaletown, Gastown, Victoria, Tofino, and much more – Tacofino is pretty much a celebrity when it comes to tasty eats and drinks in the area. With picks like the crispy chicken burrito, tuna ceviche, and their fan-fave fish tacos, it’s easy to see why.

Where: Various locations, you can find one here

Well, that’s the list, folks! We hope you enjoy some lip-smackin’ good tacos around Vancouver this summer. 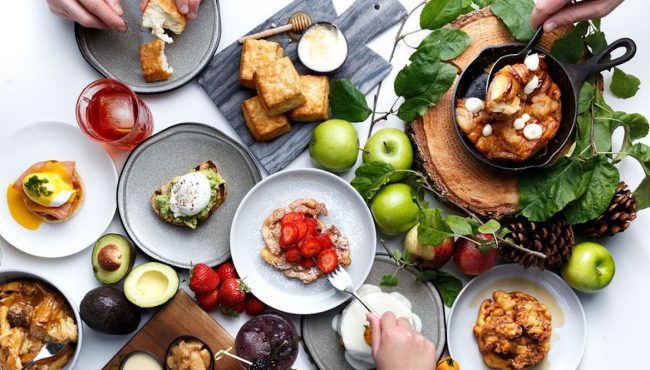 You can get bottomless brunch in Vancouver & here's where 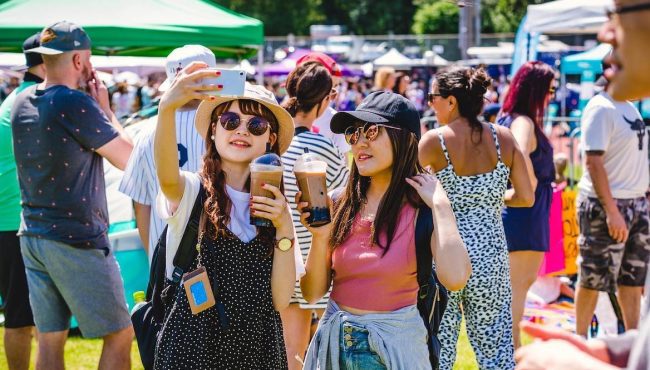 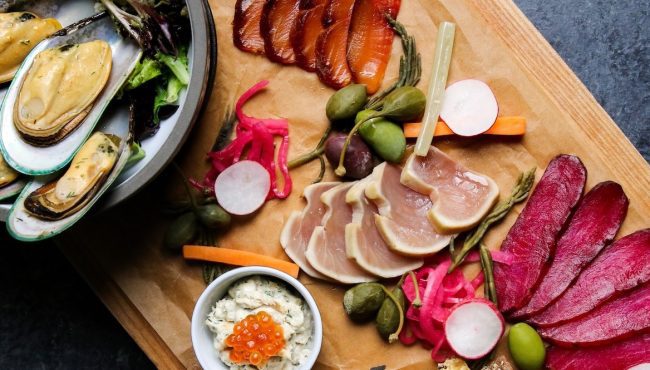 8 exciting new restaurants, bars, & cafes to check out in Vancouver this February 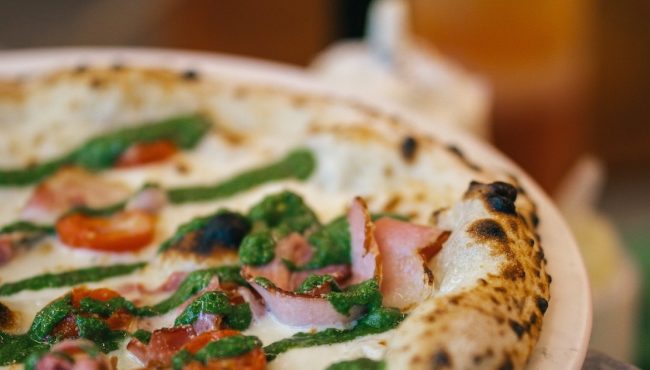