It’s the final week of September and it’s definitely starting to feel like sweater weather out there. But, a little chilly weather has never stopped us from having a good time, especially not with so many fun things to do in Toronto this week.

From Oktoberfest to Just for Laughs and fireworks in the Distillery District, the fun doesn’t stop!

Let’s dive into the very best things to do in the city from Monday to Friday.

We could all use a good laugh after the past couple of years, and lucky for us, Toronto’s Just for Laughs Festival is on its way and it’ll be headlined by the biggest names in comedy. Celebrities of the comedy and entertainment world will descend on Toronto for the 11-day festival this weekend.

Where: See the full schedule
When: Until October 1st, 2022

The Distillery 190: A Birthday Bash

Under the glow of twinkling lights along Trinity St, you can join the celebration of this historic destination, complete with birthday cake, tasty bites, cocktails, music, and a fireworks show.

Free Craig’s Cookies! Now that we have your attention, we’ve got some exciting news to share. Beloved bakery Craig’s Cookies is launching a food truck this week and giving out free cookies in Toronto to celebrate.

The all-pink truck will be stationed on the south side of Trinity Bellwoods Park along Queen St West on the afternoon of Tuesday, September 27.

This red carpet gala for a good cause is attended by many VIPs, influencers, athletes, socialites, and celebrities, in support of the Special Olympics Canada Foundation.

Thousands of guests will head to Liberty Grand for “Toronto’s most sought-after gala,” which aims to raise $300,000 in one night for the Foundation.

You can expect an “evening of unparalleled entertainment with 10 acts across two ballrooms, guests can enjoy live music in one room while DJs spin the night away in another,” as well as an open bar, silent auction, and photo booth to capture the glam.

All You Can Eataly: Best of Toronto Edition

Toronto’s Eataly is hosting a one-day-only, all-you-can-eat event this week. It’ll feature some of the city’s best restaurants, bakeries, breweries, and more for the ultimate tasting event of the year.

Eat your way through over 15 food stations, over five bars, and much, much more. Names like Kiin, Azhar, Miku, Craig’s Cookies, Bellwoods Brewery, and a few others will be in attendance.

This free festival is in support of the Legacy of Hope Foundation, an Indigenous-led charitable organization that raises awareness about the impacts on Indigenous peoples caused by residential schools.

Stop by for an all-Canadian celebration of music, arts, and cuisine, with the aim of bringing people together through “taste, sound, and education.”

The National Day of Truth and Reconciliation is coming up this Friday. You can participate by heading down to Nathan Phillips Square for a two-day Indigenous Legacy Gathering, dedicated to showcasing and supporting Indigenous culture, tradition, and arts.

Fall n’ Leaves is returning to the heart of downtown for the third year in a row, complete with fall foliage, pumpkins, and hay bales to make you feel tucked away from the busy city.

There’s so much to do and experience at Fall n’ Leaves this season. In addition to picking and painting your own pumpkin, you can warm up by an open fire, lounge on the hay bale sofa, go pumpkin bowling, and indulge in autumn-themed food and drinks.

TORONTO OKTOBERFEST IS BACK FOR ITS 10 YEAR ANNIVERSARY

After a two-year long hiatus, Toronto Oktoberfest is back in a big way! Celebrating the festival’s 10-year anniversary, people can look forward to authentic European beers, traditional eats, over-the-top entertainment, and an unforgettable atmosphere. Saturday evening is already sold out, so grab your Friday evening and Saturday afternoon tix while you still can.

When: Friday, September 30th & Saturday, October 1st
Where: Ontario Place
Cost: Use CURIOCITY22 for 10% off!

At the Bird Kingdom in Niagara Falls you can discover hundreds of tropical birds as you explore the pathways throughout the multi-level rainforest or enjoy an up & close experience with one of their Animal Encounters. Whether you’re bringing your family or that special someone, this is one Niagara Falls experience to cross off the list!

HEAD TO WINDSOR FOR OLG TIFF ON TOUR

If you thought TIFF had come to an end, well… Think again! OLG is giving art & film enthusiasts outside of Toronto a taste of this iconic festival with the OLG TIFF on Tour. After stopping by North Bay and Campbellford, they’re now headed to the Windsor Capitol Theatre for a special screening of North of Normal, a film by Toronto Director, Carly Stone, on September 28th. 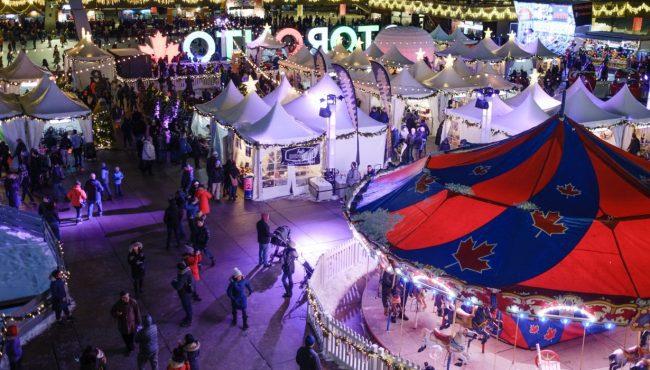 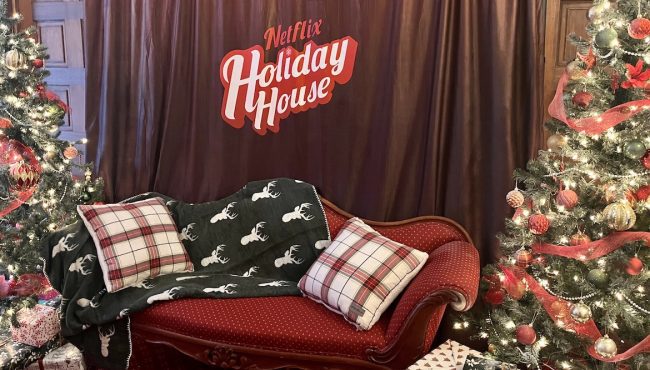