You had us at hot chocolate and poutine festival! 🤤

Another glorious week has arrived in Toronto and we refuse to let a single moment of it go to waste. Not with so many exciting things to do between now and the weekend, from an immersive Nordic Lights show to a hot chocolate festival to a celebration of outrageous poutine. The six is back and brighter than we’ve seen it all year. We don’t know about you, but we feel pretty damn lucky to call this city home — freezing temperatures and all.

Something magical is happening at the Harbourfront Centre this month. An immersive light experience straight from Scandinavia is lighting up the waterfront, with six glowing displays for you to explore. The interactive exhibition, called Nordic Lights, features six interactive light works from artists from Canada, Norway, Sweden, Finland, and Denmark.

Where: 235 Queens Quay W
When: Until February 13th

An entire festival dedicated to warm and chocolatey goodness in a cup is kicking off this Friday in Toronto. Head over to Stackt Market for a “night full of live music, DJs, drinks, snacks, s’mores, good vibes,” the description says. Soulful live music by Ray Robinson will fill Bailey’s Patio as you toast s’mores over a fire pit and enjoy some delicious hot cocoa.

Where: 28 Bathurst St
When: February 11th

Where: 1 Yonge St
When: Until March 13th

TPL is running an online event series throughout the month centered around Black culture and heritage. One of this week’s series is called Before the 6ix: Behind the Beat, where the hosts “connects the dots from Toronto’s present-day internationally recognized hip-hop influence to the rich and vitally important roots of its past.”

For the next two weeks, restaurants across Canada will participate in a poutine festival known as La Poutine Week and there are many Toronto spots participating. There are dozens of poutine dishes to try around Toronto during the festival. Many of them come with toppings that are far more unconventional than cheese curds and gravy, including mac n’ cheese, buffalo chicken bites, hot dogs, pickles, and even shepherd’s pie.

A dreamy outdoor destination is coming to the city this winter. Winter Glow is coming to Toronto’s Black Creek Pioneer Village this February and it’s all the things we love about the season combined into one magical experience. Walk or drive along a 1.8 km trail as you take in the gorgeous wintry sights synchronized to music. Some of the attractions you’ll see along the way include ice sculptures, snow carvings, life-sized snowglobes, illuminated structures, and more.

Skate by the waterfront

The Harbourfront Centre’s revamped rink is now open and it’s one of the city’s most picturesque spots for an outdoor skate. The rink is free to visit but rentals are available on-site for a small fee. The new rink is nestled along the Lake Ontario shoreline, along with an ice loop in the South Orchard that connects to the rest of the rink. And once you’re done, you can warm up with a hot drink from Boxcar Social right next door.

Toronto’s iconic skating trail under the Gardiner Expressway is open for the winter season. The 220 metre, figure 8 loop has skating lessons, rentals, sharpening services, special events, and art installations throughout the season. You can also warm up with a free hot chocolate every Thursday evening, but drinks are available for purchase on-site every day of the week.

Where: 250 Fort York Blvd
When: Until February 21st

When snow hits Toronto, we hit the hills — tobogganing hills, that is. We’ve got many days of snow to look forward to this winter and there’s no better way to take advantage than with an afternoon outdoors. Get active and enjoy the winter fun at any of these amazing spots around the city. 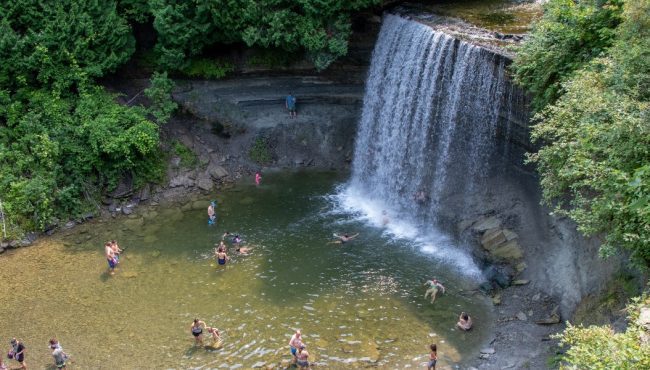 7 breathtaking islands you can visit in Ontario 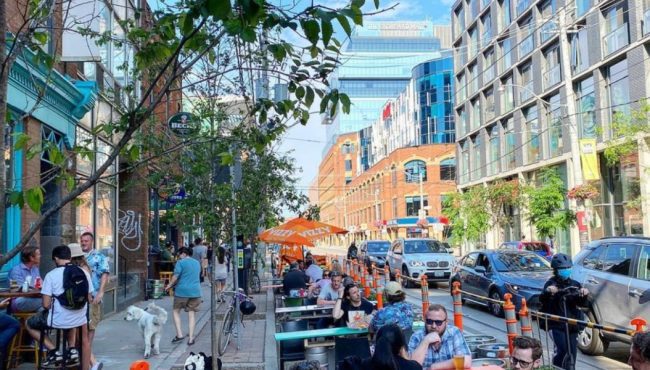 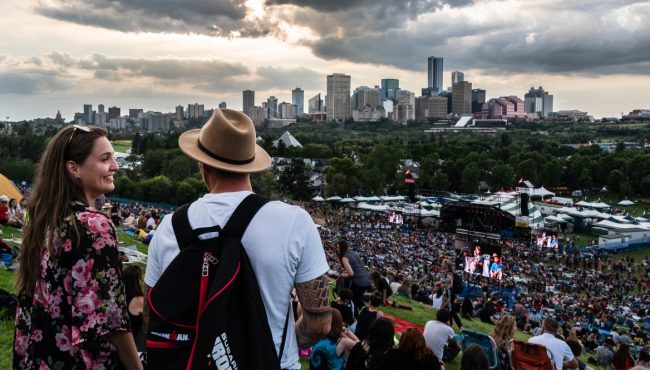 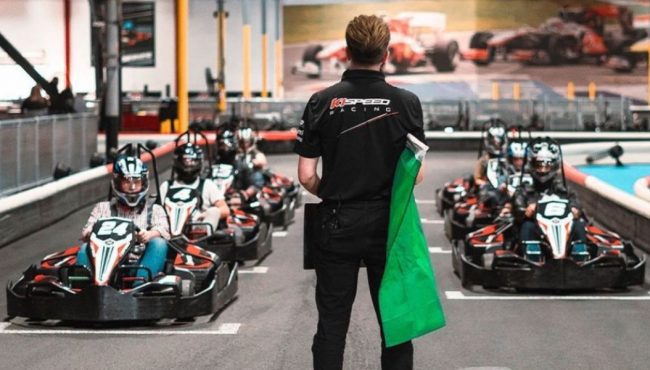