Swift is coming to TIFF Bell Lightbox on Friday, September 9.

Stop what you’re doing because this is not a drill. Taylor Swift is making her way to our city for the 47th annual Toronto International Film Festival (TIFF) to introduce the first-ever screening of her short film, called All Too Well: The Short Film.

The in-person event is called “In Conversation with… Taylor Swift” and will be held at TIFF Bell Lightbox on the evening of Friday, September 9.

Swift will participate in a discussion with TIFF’s CEO Cameron Bailey about the short film, which she directed, wrote, produced, and appeared in.

She will also discuss filmmaking and the visual aspects of her music, which she has explored in various creative ways in recent years.

The film, which was released in 2021, is described as “a personal film about a young woman and man whose love fractures and ultimately ends but she remembers it all too well.”

This event will be the first time ever that the film will be presented in its original 35mm form.

“Taylor Swift is a brilliant visual thinker,” said Bailey in a press release from TIFF. “We’re excited to hear Taylor’s version of how absorbing influences from cinema led to her creating All Too Well: The Short Film.”

The event is part of TIFF’s “In Conversation with…” series, which connects audiences to some of the most talented artists working today. This year, TIFF is inviting several award-winning actors and creators to the stage.

Tickets for “In Conversation with… Taylor Swift” will be available to TIFF Members starting on September 3, with remaining tickets on sale to the public on September 5 on TIFF’s website.

Taylor Swift megafans should keep their eyes peeled for ticket availability online! On behalf of all of Toronto, we are truly honoured to be the chosen city for this exciting debut.

In Conversation with… Taylor Swift 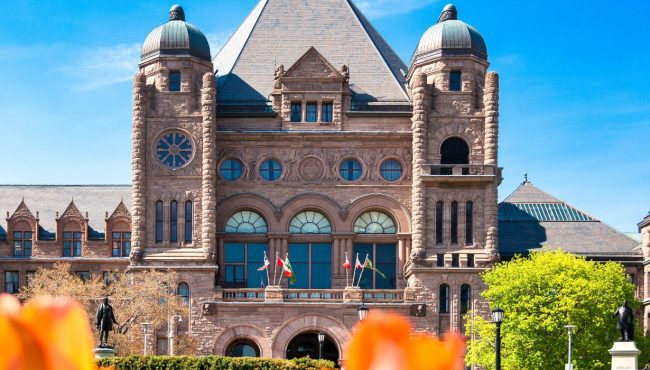