Consider this your sign to get out there, Canada!

Have big spooky plans this month? You’re likely going to need the wind, sky and sun to participate! Luckily, according to The Weather Network, Mother Nature is coming through for Canadians with temperatures higher than normal this October!

Now, let us preface this by saying that seasonal weather is still well on its way so don’t go planning any beach staycations! We wouldn’t want you to get it twisted – fall is still in full swing and as the month progresses these ‘normal’ temperatures will still drop off in the coming weeks.

“Across much of Canada, “normal” temperatures fall by 1-2 degrees per week during October, but for parts of the Prairies and northern Canada, we lose 2-3 degrees per week.” The Weather Network clarifies.

“What we consider to be a chilly day during early October can feel like a relatively warm day by the end of the month.”

Related Posts:
Here are all of the Netflix originals that have been filmed in Canada
Netflix is releasing ‘Tiger King 2’ before the end of the year (TRAILER)

Now that we’ve gotten that out of the way, let’s talk about this particularly ‘cozy month’ province by province – starting with the Prairies, Nunavut and the Northwest Territories.

This October, these above-average conditions are said to dominate the better part of these regions causing them to experience end-of-summer-type weather. Fuego.

Ontario and Quebec can expect a similar circumstance, however, they mentioned that it would also be pretty dry this time around – great for foliage seekers!

Atlantic Canada is reminded to stay on their toes this October as these above-average temperatures go hand in hand with hurricane season – which can be unpredictable despite it coming to a close.

Sadly, the only provinces that won’t get a taste of this warm snap are British Columbia and the Yukon, who are advised to watch the pacific jet stream which could bring rain or even snow to Western Canada.

Again, folks – we still live in the great white north and it will still cool off this month, but warmer (even by a few degrees) is something that we think we can all agree is welcomed… after all, who in the heck wants to squeeze a parka through the narrow halls in a haunted house? No one!

Have an amazing month, Canada! 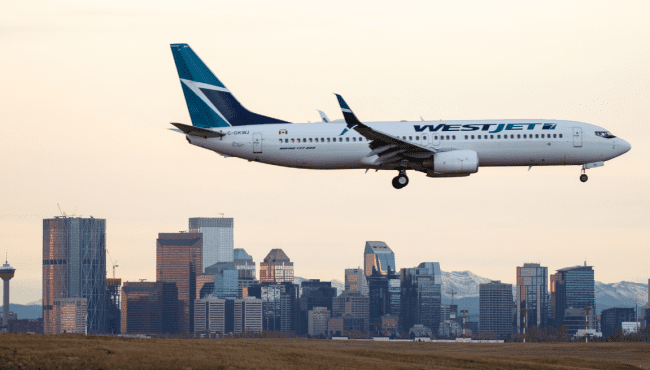