Get ready for a historic magical light journey.

For fans of immersive art exhibits, there will be another experience coming to Toronto this summer and it will take you back… way back in time. “Immersive King Tut: Magic Journey to the Light” is being launched to commemorate the 100th anniversary of archeologist Howard Carter’s discovery of the tomb of the legendary “boy king” in November 1922, and it is making its way to Toronto.

According to organizers, Immersive King Tut will use “stunning visuals to tell the story of the Amduat, an important ancient Egyptian funerary text, thought to be the oldest known illustrated story, that was depicted on the tombs of pharaohs. State-of-the-art video mapping and ground-breaking animation bring to life the story of King Tut’s passage into the afterlife as he escorts the sun through the underworld each night to rise again victoriously each morning.”

The new magical light journey is set to open in Toronto on August 10, as part of a North American exhibit this year. Tickets start at $29.99.

“Since the discovery of his tomb a century ago, Tutankhamun – or King Tut – has transfixed the world,” said Corey Ross, producer of the Immersive King Tut experience.

“Over the past one hundred years, the magnificent artifacts from his tomb have drawn millions of visitors eager to see first-hand the grandeur and splendor of Egypt’s most famous leader. This captivating experience will use sight and sound to transport visitors more than 3,000 years into the past in a groundbreaking way that only Lighthouse Immersive can.”

The new exhibit is presented under the auspices of the Egyptian Council for Tourism Affairs.

“For the first time we’re moving beyond the men and women who have created some of the world’s most prized treasures into a world where the world’s most prized treasures were created to honor one man,” said Svetlana Dvoretsky, producer of IMMERSIVE KING TUT: MAGIC JOURNEY TO THE LIGHT. “Visitors to our Lighthouse ArtSpace venues will virtually move from room to room, experiencing ancient Egypt in a mesmerizing way that’s befit for a king.”

Lighthouse Immersive is partnering with United Exhibits Group (UEG) and International Foundation for Fine and Decorative Arts (IFFDA) to bring this exhibition to its venues across North America.

For some history, Tutankhamun was an Egyptian pharaoh who ruled around 1332 – 1323 B.C. Taking the throne at about nine years of age, his short reign spurred the creation of some of the most important artworks in all of world history, and for many these mark the height of ancient Egypt’s culture.

According to the exhibit, the discovery of the treasures in his tomb in 1922 by acclaimed archeologist Howard Carter changed the world dramatically in its view of ancient Egypt, archaeological discovery, and sparked a global fascination with ancient Egypt that continues to this day.

When: Starting August 10 until October 30
Where: Lighthouse ArtSpace Toronto
Tickets: On sale now 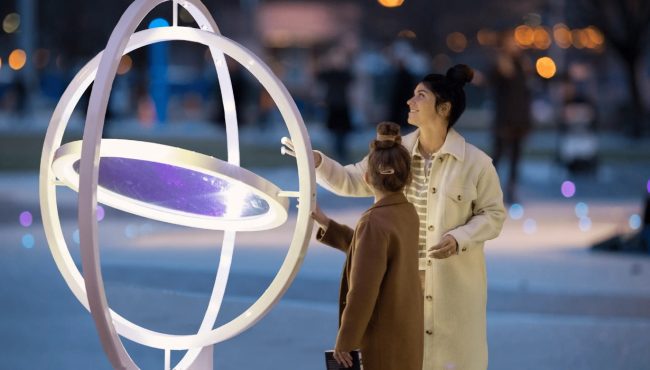