Edmonton to bring back mask mandate starting this week

It's back- here's what to know about it.

Heads up, folks! Today, the city council voted to bring back the mask mandate for Edmonton, and it will come into effect later this week. The revised mask mandate will cover all indoor public spaces, and will stay in place until case counts drop significantly. Here’s what to know.

Edmonton dropped its own mask mandate alongside the easing of province-wide restrictions came into effect in early July. However, both the city and the province have faced rising case counts over the past few weeks, which prompted council to revisit the mandate.

Which is exactly what happened today. Following a lengthy discussion, the majority of city council was in favour of bringing back the municipal mask mandate first adopted last year. However, some updates (like exceptions for public transit and healthcare centres) were dropped due to redundancy with provincial restrictions.

Related Posts:
10 houses in Canada that you’ll recognize from popular shows & movies
10 of the best things to do in Edmonton this week (Aug 30-Sep 3)

The following addendum will be considered at the August 30, 2021, City Council meeting and is available at https://t.co/Ftc4NABJvF:
7.3 Bylaw 19873 – Potential Amendments to the Temporary Mandatory Face Coverings Bylaw
– Attachment 2#yegcc @CityofEdmonton

The mandate will come into effect starting Friday, September 3rd. At that time, all those capable of wearing a mask will be required to in all indoor public spaces. Other exemptions (like removing a mask to eat and drink) have stuck around, so it’s basically a return to the rules that were in place during the spring.

As for when it will be lifted? Well, the general rule of thumb will be around 100 active COVID cases per 100,000 residents. For reference, the current rate is around 200 out of 100,000, so roughly double where they would like it to be. Otherwise, the mask mandate will automatically expire on December 31st.

For more information, you can check out the original bylaw itself right here, and the updates (which were adopted) here. 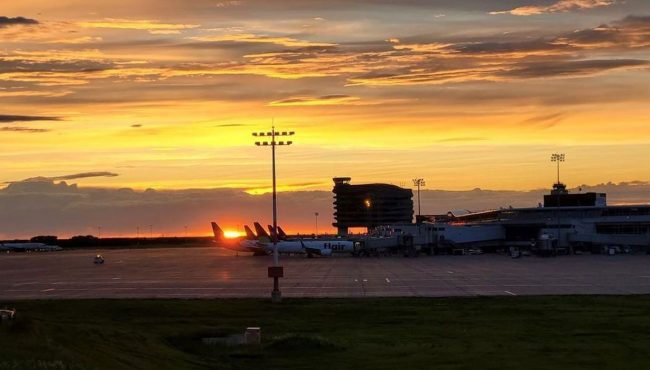