Did you know Babe Ruth hit his first-ever professional home run in Toronto?

We bet you didn't know this wild piece of Toronto history!

When we think of baseball in Toronto, the first thoughts that come to mind are of the Blue Jays at the Rogers Centre. But back before the Jays were even a thing, Toronto was home to pretty significant moments in baseball history. One of those important moments was the very first professional home run hit by baseball icon Babe Ruth.

That’s right, the player who would go on to become one of the most impressive in MLB history had his humble beginnings right here in the city. No, he was not secretly a Toronto-born player. We wish. The Baltimore-native was in Toronto for a minor league game at Hanlan’s Point Stadium.

Related Posts:
Elton John has extended his farewell tour with stops in Canada
10 of the best places to go for a run in Toronto

Let us set the scene. The year was 1914. Babe Ruth was only 19 years old at the time, stepping up to the plate against Toronto Maple Leaf’s Ellis Johnson. For you non-sports folks reading this, we know that bit’s a little confusing. Turns out Toronto used to have a minor league club that went by the same name our NHL team goes by today. The Toronto Maple Leafs baseball club stopped playing in 1976. The Toronto Blue Jays were born in 1977.

But we digress. Babe Ruth stepped up to the plate at Hanlan’s Point Stadium, the ball was pitched, and he hit it home. Ahhh, the crowd goes wild!! Although it was his only home-run hit in the minor leagues, Ruth went on to have an incredible career in the majors.

In total, he hit 714 home runs throughout his 22-year career. He started as a left-hand pitcher for the Boston Red Sox, but really made his name as an outfielder for the New York Yankees.

Along with his record-setting career home runs, Babe Ruth also established a number of other impressive records throughout his career; including runs batted in (2,213), bases on balls (2,062), slugging percentage (.690), and on-base plus slugging (1.164). Safe to say this man was a legend.

And it all started right here in Toronto! Now, we’re not saying T.O. is responsible for shaping the legend. But we’re not not saying that… We kid, folks. We’re sure Babe Ruth would have been a star no matter where he hit his first home run. But it certainly is fun to know that it was here! 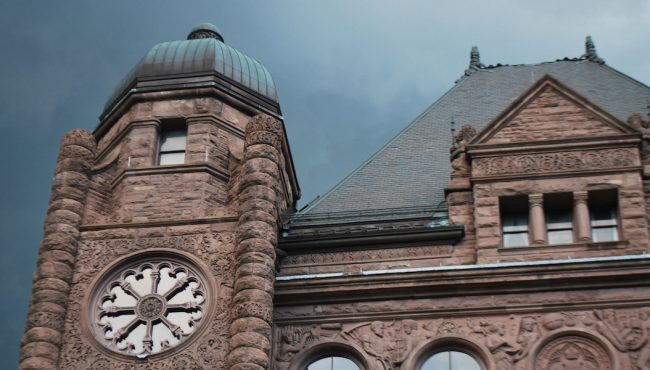 10 haunted places you can actually visit in Toronto