You may spot a star or two next time you visit!

Drake, Shawn Mendes, DJ Khaled, and Sir Elton John are just some of the celebrities who frequent Toronto’s restaurants. They’ve been spotted out at local restaurants, cafes, and bars, and aren’t shy when it comes to talking about their favourite eats in the city. Why not check some of them out?

Here’s our roundup of celebrity-approved restaurants in and around Toronto.

This health-centric local chain is loved by locals for its gluten-free, minimally-processed cuisine, and that includes Shawn Mendes. The star was recently spotted having breakfast at Impact Kitchen with celebrity music director Director X. The director even posted a video of the two of them at their table on his Instagram story.

Most might recognize Sotto Sotto as being one of Drake’s favourite Toronto restaurants, with him even going as far as to mention it in a song on his 2013 album Nothing Was The Same. But, he’s far from the only star to frequent this upscale trattoria. Shark Tank star Kevin O’Leary was devastated when the restaurant burned down in 2014 — don’t worry, it has since been rebuilt.

Jennifer Garner and Ricky Gervais once dined at Sotto Sotto too, reports CTV News. And according to The Daily Beast, so did Brad Pitt, Oprah, Liam Neeson, and Robin Williams, along with the many other stars on the restaurant’s photo wall.

The staff at Ramen Isshin on College St were in for a pleasant surprise when Toronto Raptor Yuta Watanabe strolled in for a meal. A group photo of the employees with Watanabe was posted to the restaurant’s social media back in October 2021.

This 1940s-inspired diner near Dundas Square is a fave of Sir Elton John’s, which he says has the “best burger in the world.” He and his Canadian filmmaker husband David Furnish frequently stop by when they visit his hometown of Toronto.

A post shared by The Real Jerk Restaurant (@realjerktoronto)

Not only is this east-end Caribbean eatery and bar a favourite among celebs, but it was also the backdrop of the music video for Rihanna and Drake’s song “Work.” It’s also loved by athletes including the Toronto Raptors players and NBA icon Steph Curry, who apparently brought his whole family to dine there a few years ago.

Aquaman himself was spotted at this gourmet burger joint in Kensington Market in October 2021. The owner posted a photo and video of Jason Momoa digging into his burger, which the star clearly enjoyed.

Adam Sandler was recently spotted in Yorkville paying a visit to a popular ice cream shop in the area. Sandler surprised employees of Summer’s Ice Cream on Yorkville Ave when he showed up to order himself a cone.

The star even posed for selfies with the staff. According to an Instagram post by Summer’s, Sandler opted for the Chocolate Fudge Brownie ice cream, the shop’s best-seller.

Celebs love the good vibes and food at Chubby’s Jamaican Kitchen, a vibrant eatery and tropical cocktail bar just off of King St West. DJ Khaled gave the restaurant a shoutout on Instagram in January 2020, saying that he loves the energy and the food. It’s also where Shawn Mendes and Camila Cabello were spotted packing on the PDA in between bites of their food back in 2019.

Stranger Things actor Finn Wolfhard visited a popular Toronto ice cream shop while he was in town. In a photo shared by Sweet Jesus on June 6, the Canadian actor is seen giving the thumbs up with some of the staff.

Sweet Jesus is known for its delicious soft serve treats, so we’re not surprised he is a fan of the brand.

Also loved by DJ Khaled is Pat’s Homestyle Jamaican, a Queen Street West mainstay that serves up tasty Jamaican cuisine. The celebrity ordered a plate of curry goat and posted a video of himself thoroughly enjoying it.

“I feel like I’m at home,” said DJ Khaled, admitting that it was his very first stop when he arrived in Toronto this past July. If it’s got DJ Khaled’s approval, you know it’s worth a visit.

This upscale seafood restaurant on Davenport is a popular one among stars (especially famous musicians) including Drake and Mariah Carey. The restaurant has a rich history and an elaborate timeline is posted on its website.

The website says that back in the 70s when the restaurant was still a cafe, the original owner would perform for visiting international artists like Liberace, Nana Mouskouri, Harry Belafonte, Gordon Lightfoot, Anne Murray, Jose Feliciano, and Joni Mitchell.

This high-end Japanese restaurant at the Bisha Hotel is one of Toronto’s best restaurants, so it’s no surprise that Arnold Swartznegger himself dined there back in May. Will he be back? Only time will tell.

Famed pizza critic Dave Portnoy gave North of Brooklyn a stellar score in his definitive Toronto pizza ranking this past spring. He gave it the highest rating of any pizzeria he visited (except for one), and his review was nothing short of glowing.

The one and only Lil’ John paid a surprise visit to the Toronto location of Four Brothers Pizza for a slice. This spot is popular for not only its pies, but also its wings, pizza twirls, and Instagram-worthy pizza skulls.

South African host, comedian, and writer Trevor Noah stopped in at a local South African BBQ restaurant prior to his show at Scotiabank Arena in October.

The star enjoyed a late lunch at Plan B – Handmade Burgers, Boerewors and Braai near Royal York subway station. According to its website, Plan B is “the GTA’s first authentic South African joint.”

Where: 2943A Bloor Street West 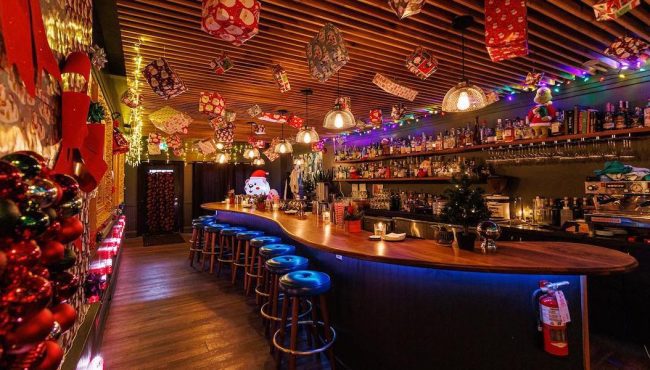 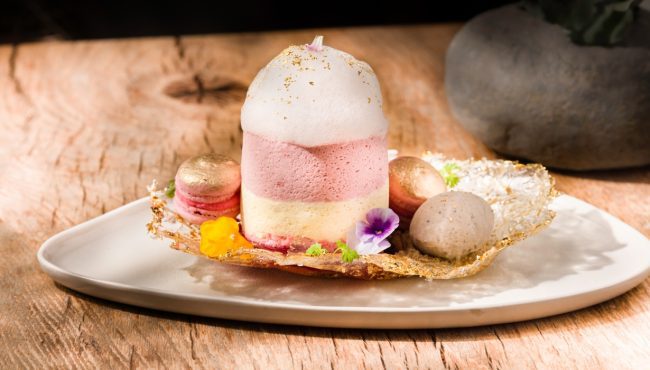 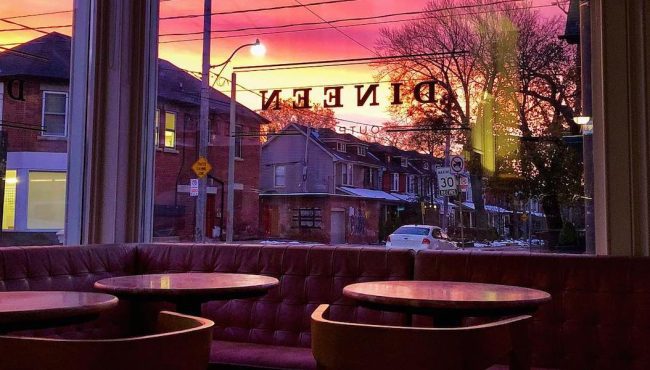 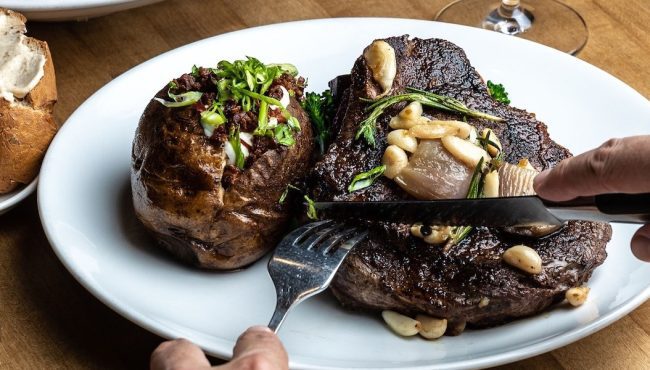