Bundle up, Toronto is in for a brutally cold start to the new year

Enjoy the moderately tolerable weather while it lasts, Toronto, because we’re about to plunge into a deep freeze. The city’s forecast for the next two weeks is looking pretty frigid, with wind chills making it feel even colder during the day.

Temperatures will be relatively mild on New Year’s Day, with a high of 4 C. But, the forecast also shows that up to 10 cm of snow is possible, followed by a high of -5 C on Sunday, feeling more like -12 C.

The remainder of the first week of January will hardly feel any warmer, the mildest day being Wednesday, January 5th with a high of 2 C, feeling like -3 C.

You’ll really want to throw on some extra layers on Friday, January 7th, when temperatures will hover at -15 C with the wind chill and will likely prompt an extreme cold weather alert from public health.

The following week will bring consistent cold and sunshine to the city. According to The Weather Network (TWN), daytime highs will not climb above 0. It’ll be especially cold from January 8th to January 14th, with wind chills ranging from -4 C to -12 C throughout the week.

As for what the rest of the season has in store, TWN predicts that a  “come and go” winter will bring both stormy weather and extended mild weather to Ontario. With the exception of an active storm that’ll bring tons of snow to the province, most of the season’s storms will be a “messy mix of snow, ice, and rain,” especially in southern regions.

If you’re not looking forward to bundling up this winter in Ontario, it looks like you won’t have to for long. The heart of the season “will lack persistent severe cold” in both provinces, says TWN. 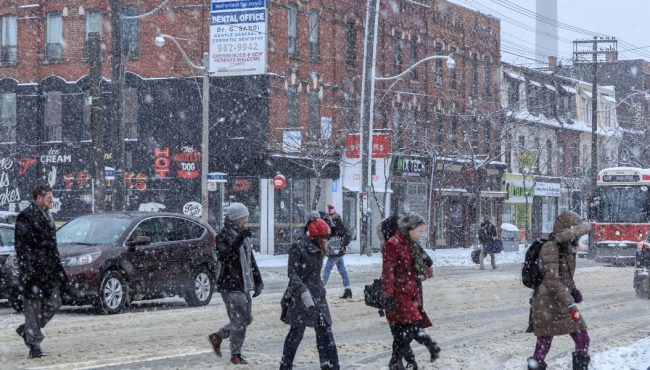 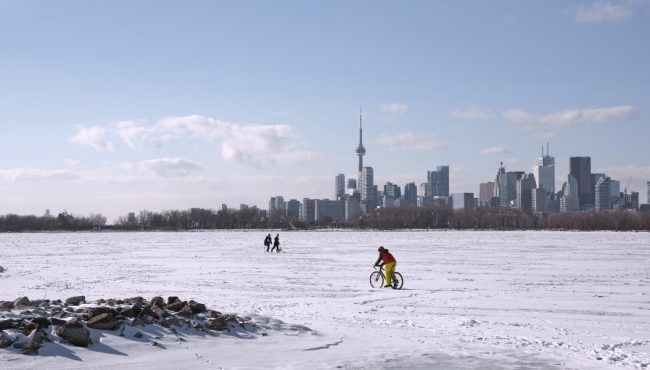 People are hanging out on Toronto's frozen waters despite warnings (PHOTOS)