A wild look at what used to be Toronto's weirdest home

Are you heading up to cottage country this weekend? We might just know of a very unique can't-miss activity for you. The…

Toronto’s known for it’s unique and crazy real estate game. But this old home might have taken the cake. Sadly, it’s been purchased and apparently torn down (or about to be), so it’s not quite what it once was. But when it was in its heyday, it really was something. Let’s take a look at what may have been the weirdest house in Toronto.

The home we’re talking about was Toronto’s weird castle house in Scarborough. It was once a regular house, until it was bought by Max Heiduczek back in 1970. Heiduczek liked to travel the world in his spare time, and he picked up all kinds of architectural styles along the way. Then, he used all that inspiration to inform how he’d renovate and decorate what would become this crazy, unique house. 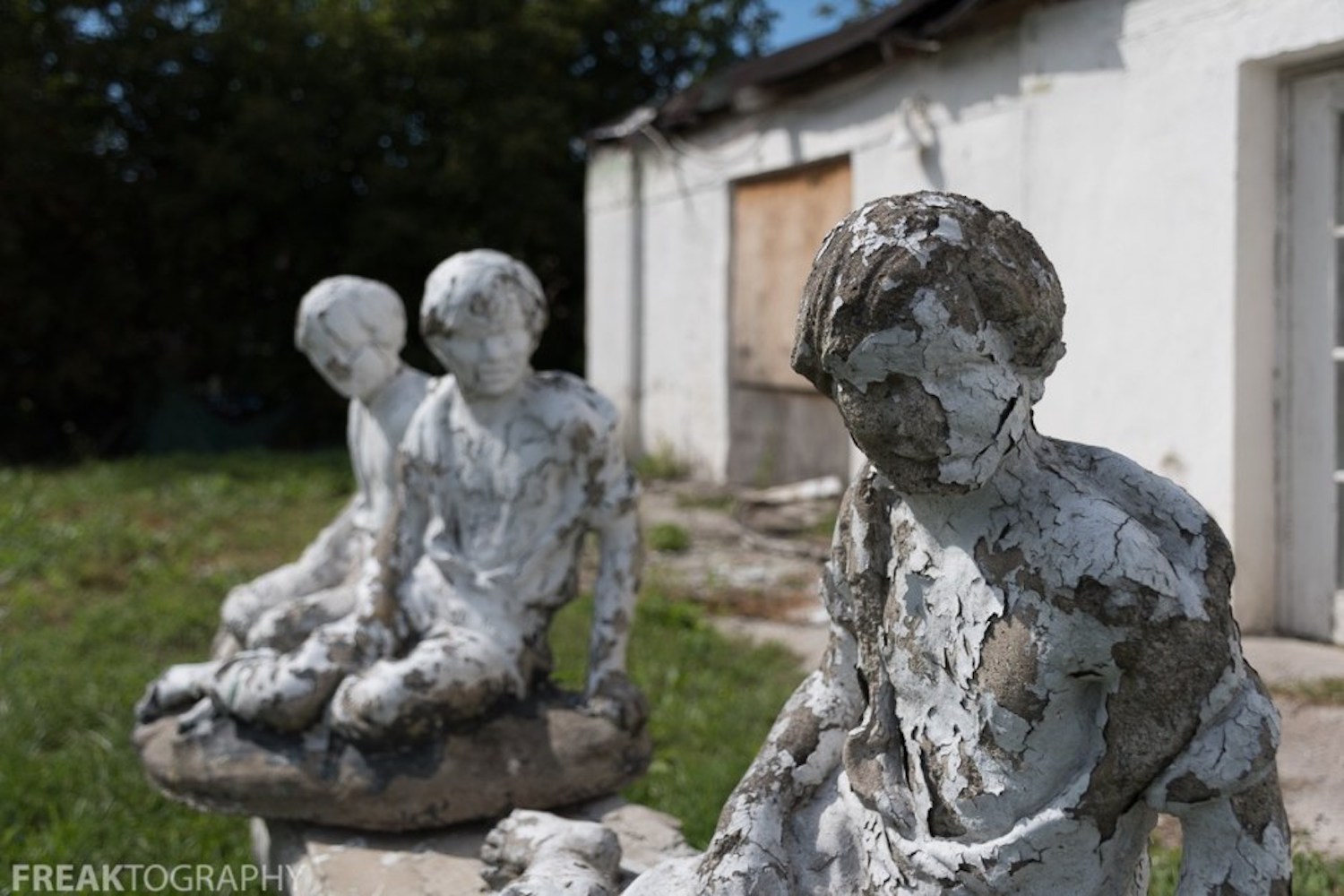 For starters, this place had influence from everywhere. Its minarets were inspired by Islamic mosques. It featured massive Greek ionic columns and the place is littered with statues that we can’t begin to imagine the inspiration behind. It was also painted completely white. Finally, by the time it was sold in 2018, a lot of it was crumbling apart.

It seriously was quite the sight. For the years that it stood at the end of its street, many people would slow down when passing it, or even drive out of their way into the area, just to take in all of its odd glory.

Related Posts:
The haunted history of Toronto’s oldest landmark
The creepy Ontario ghost town of Balaclava is like a Stephen King setting 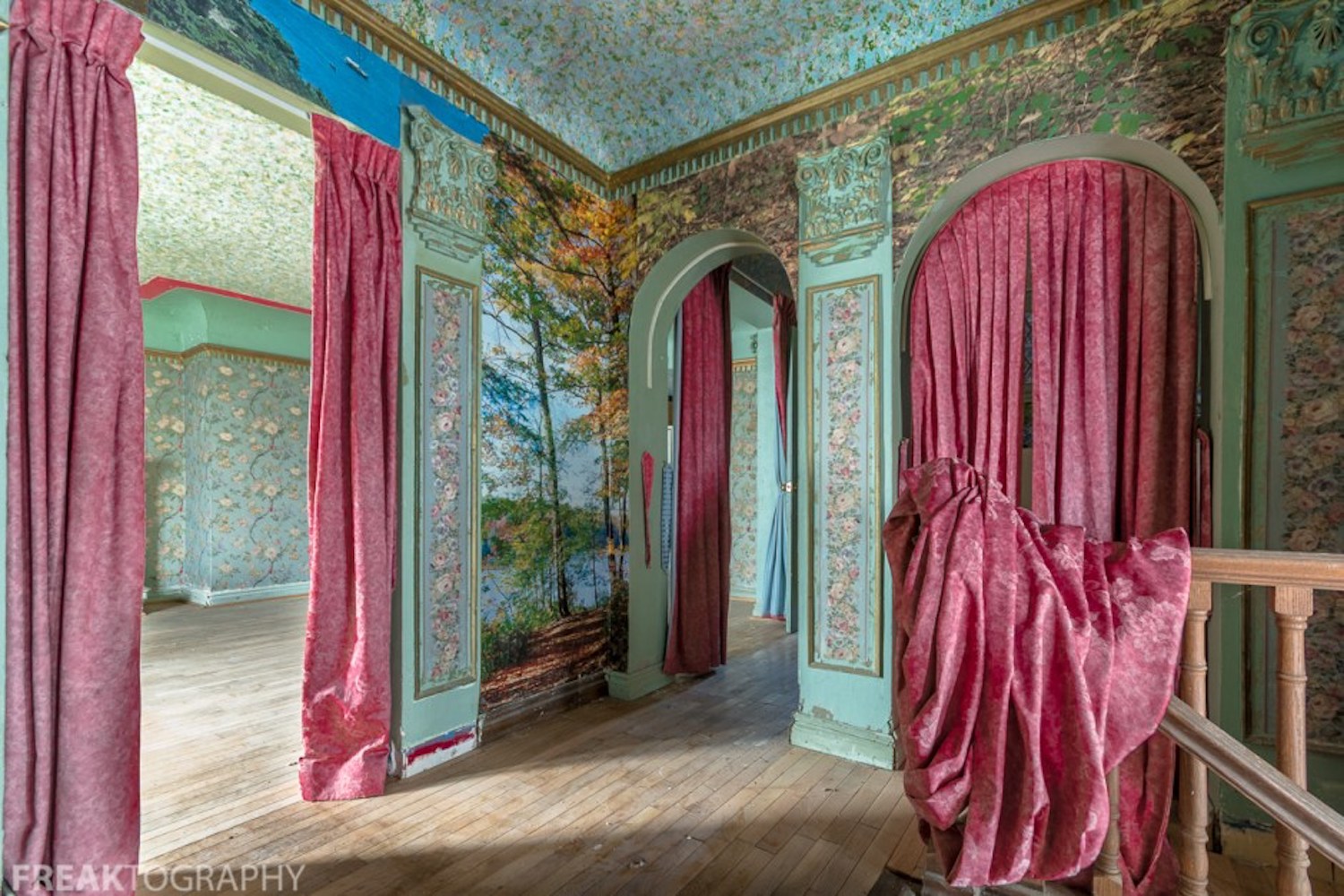 Also, the interior of this place was just as interesting as the exterior. Inside, you would find floor to ceiling wallpaper in all kinds of patterns. Instead of doors, many rooms had a simple red curtain separating them from the rest of the house. You could even look up and see the crumbling roof from inside. Whew, sounds like a safety hazard to us!

The home also boasted things like a grand piano, multiple chandeliers, a library, and even an indoor pool. Fancy! 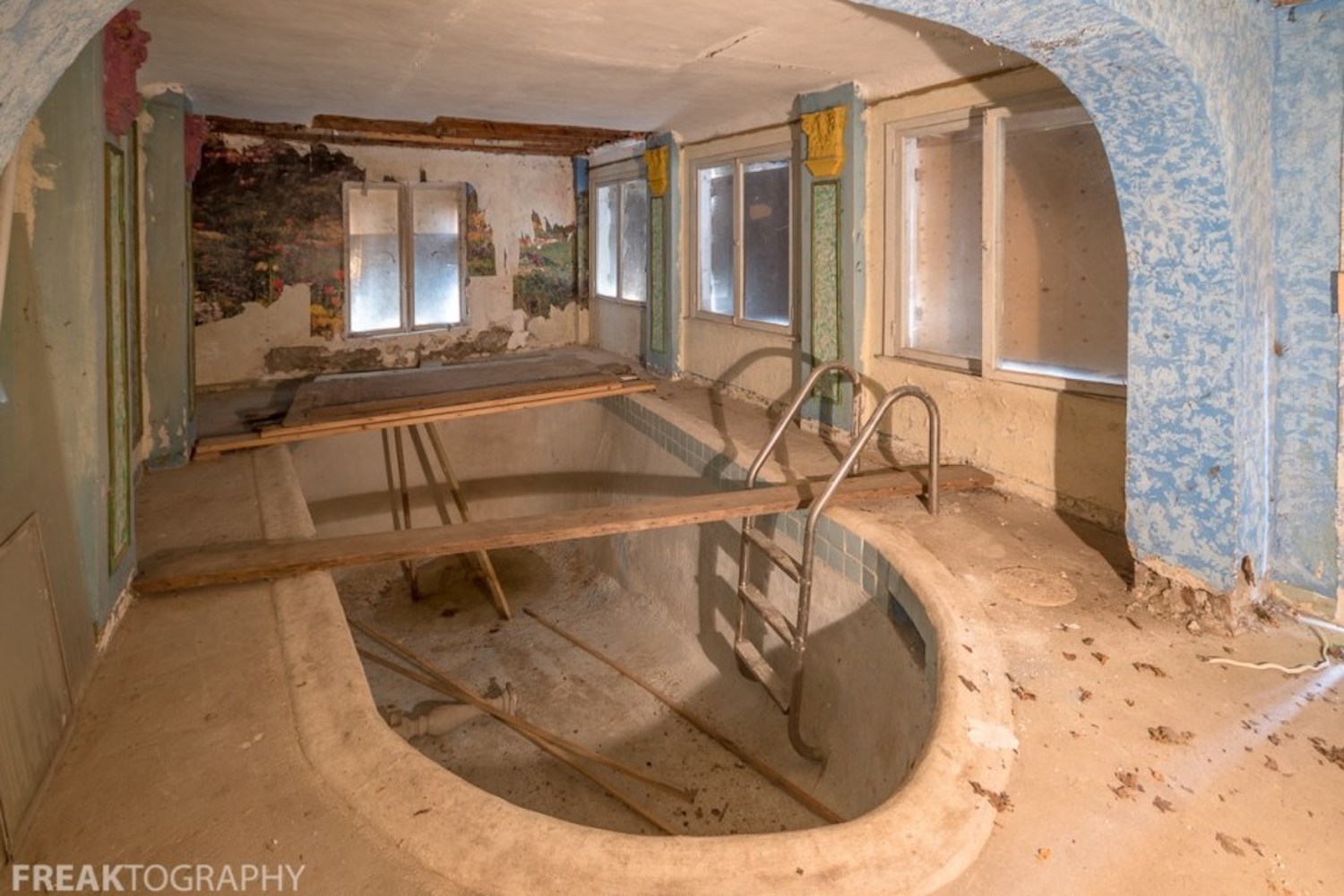 Now, if you were hoping to see the weirdest house in Toronto, we’ve got some sad news. It is private property and we do NOT recommend trespassing. And the new owners already have plans to replace it with a much-less-unique-but-much-more-modern home in its place.

But hey, you can still see it on Google Earth!