Frozen treats: Here are 15 amazing spots to get ice cream in Vancouver this summer

Even with some rain here and there we definitely think now’s a good time to start enjoying all the amazing spots for ice cream in Vancouver. After all, we’re no strangers to singing (or eating) in the rain, and these picks are just too good to only try and enjoy for like the 2 weeks straight of sun we get a year. Instead, keep this list in your back pocket for any sunny day this summer, and enjoy!

Here are 15 amazing classic and crazy spots to get ice cream in Vancouver.

A post shared by Rain or Shine Ice Cream (@rainorshineyvr)

We’re starting out with a couple of modern classic picks. The aptly named Rain or Shine has been a staple for UBC students in spring classes for years, but is without a doubt a tried and true local favourite as well. And, in the same way, heading over on a Tuesday for their beloved ice cream taco will never fail to put a smile on your face. If you’ve ever had a choco-taco from your local ice cream truck, the Rain or Shine option is like an elevated version.

Where: Locations in Kits, Mt. Pleasant and UBC

Meanwhile, Earnest has perfected the art of mixing classic flavours with an ever-changing seasonal selection. While that might not be hard to start out, keep in mind that Earnest has been setting the bar for almost a decade. Whether you’re swinging by for a scoop of Tahitian vanilla or seeing where the wind takes you that day, know that Earnest has you covered.

This is a major tourist spot that does elevated gelato. But guess what? There aren’t going to be nearly as many tourists this summer. So, we definitely think a trip here is more than worth your while, especially when you can try some truly interesting options like black sesame, Osmanthus Flower, and saffron with rosewater.

Ok, Soft Peaks is definitely more in the ‘crazy’ category than the ‘classic’ one, but we love it all the same. Their approach? Iced milk that is noticeably less sweet than the classic ice cream we know and love, with a variety of toppings and syrups to compensate. Think of it as like the most decadent bowl of cereal you’ve ever had, and you’re in for a good time.

A post shared by Dolce Amore – The Gelato Mafia (@thegelatomafia)

This one’s a classic on the Drive. Stop by on a hot day after perusing through the book stores and cafes on Commerical for a tasty, authentic Italian treat. Our pick? The fior di latte gelato with infused BC mint and dark chocolate swirls. Talk about refreshing!

This is a must-visit spot if you’re hanging around Kits Beach or having a picnic at Vanier Park. From tiramisu to delicious berry sorbets, to our personal fave – the creamy pistachio – there’s a flavour for everyone at Paradiso.

Speaking of crazy ice cream creations, it’s hard to overlook the ‘Puffcream’ at Popina. If you think about it, it’s simply a hilariously overfilled cream puff with some added toppings, but dang if it doesn’t look delicious and taste the part! We think this is a great option for a sweet treat while you’re waltzing around Granville Island, so make sure to try it out yourself.

Meanwhile, La Casa Gelato is maybe the only name on this list that has both feet planted on either side of the crazy/classic line. An East Van institution, La Casa Gelato is the official record holder for the most flavours of ice cream in the world. And when you’ve got over 230 to choose from, the options range from the classics (chocolate) to the downright daunting. Who’s in for some vodka caesar sorbetto?

Maybe we’re too easily impressed, but we think it’s crazy that a dairy-free gelato joint in Chinatown has over 35 different flavours. It’s a good choice for those that want more than like 2-3 options when grabbing dairy-free frozen treats. Our pick? Panda, which gets the dark spots from both chocolate and activated charcoal. Tell us that’s not a great fit for Vancouver.

Ok, back to some truly classic options, at least in production style. These folks specialize in a French-style ice cream that uses a creme Anglaise base (custard made of egg yolks and heavy cream). It’s decadent and smooth; a veritable labour of love and a sleeper hit for ice cream in Vancouver. Our pick? The classic creme Anglaise, there’s no need to add stuff to that.

In almost complete contrast, Mister uses state-of-the-art technology and hyper-cold nitrogen to create their products. The claim is that the end result is a smoother, creamier ice cream due to smaller air bubbles. We don’t have decades of professional ice cream tasting (yet) to confirm it, but, we know that their ice cream sandwiches are some of the best in the city. Plus, they have a significant record for creating mouthwatering treats with other local shops – including the coveted Lee’s Doughnut ice cream sandwich, which we’re really hoping makes a grand return.

Three words: Ice. Cream. Flights. Elephant Garden might be newer to the scene, but it’s already well on its way to becoming a Vancouver classic. We love them for their commitment to infusing a ton of already delicious tea and coffee options into their ice cream. Try their HK milk tea, Vietnamese coffee, and Thai iced tea options in a distilled ice cream form. You won’t regret it!

Motoretta may have just opened this month, but they’re already blowing Vancouver away with some amazing gelato flavours handcrafted by local legend, Salvatore Boccarossa – formerly at Bella Gelateria and Passione Gelato.

Specializing in zany plant-based creations in an all-black waffle cone, this spot is definitely bringing the pizzazz to Vancouver’s ice cream scene. It might not be the best first-date destination (or maybe it’s exactly the kind of ice breaker you’re looking for…), but it’s definitely a unique spot to check out at some point this summer if you haven’t already.

And fittingly, we’re back into the world of innocent (ha, get it?) ice cream. Rather than opt for the dairy-free route, Innocent instead specializes in gluten-free ice cream sandwiches that are downright delicious. It’s arguably tougher to be gluten-free than vegan in Vancouver, so we think this is a great option for anyone in that boat.

Alright, that’s our roundup of some amazing classic and crazy spots for ice cream in Vancouver. Whether you’re looking for something classic or nostalgic, a flavour you’ve never tried before, or even a completely new option, we think this list should have you covered (for now). 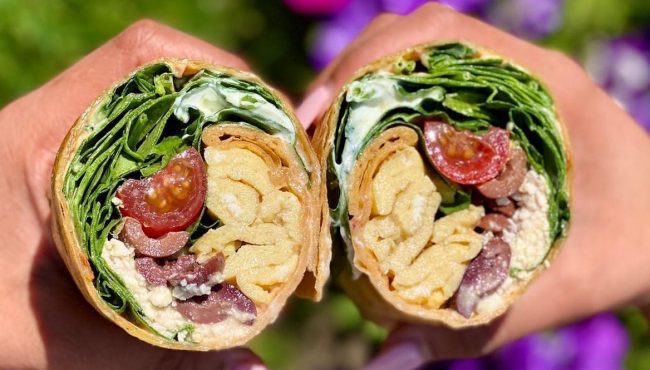 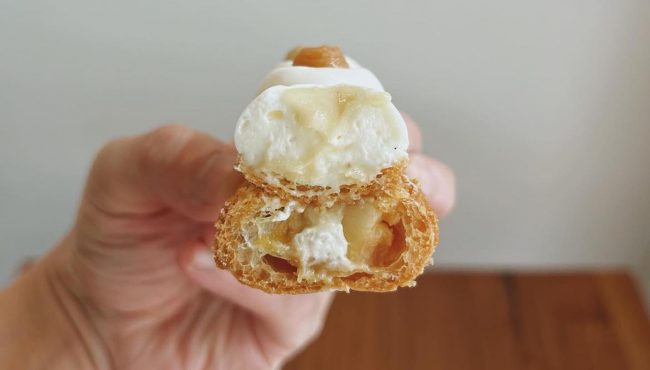 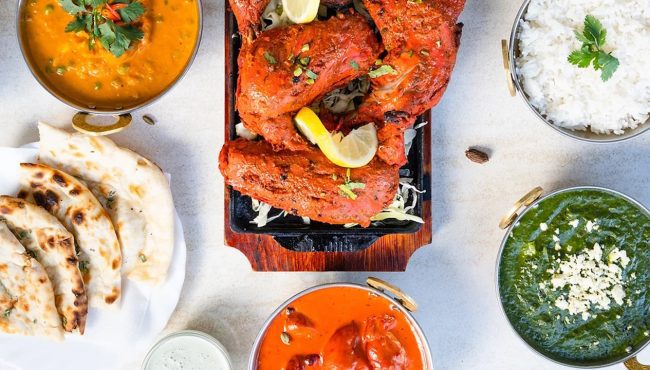