You know when you're driving up the 404 and you see that castle-like building in the distance? You know the one, just…

You know when you’re driving up the 404 and you see that castle-like building in the distance? You know the one, just north of Major Mackenzie, with the three towers poking up into the horizon. Well, it turns out that’s actually a spot you can visit! It’s the Cathedral of the Transfiguration in Markham, and it’s the architectural wonder you’ve been waiting to explore.

Alright, so if you haven’t heard of this magnificent spot, let us give you a little history. The Cathedral of the Transfiguration was built back in 1984. It was founded by Stephen B. Roman, a Slovakian immigrant who arrived in Canada in 1937 and built the cathedral as a “beacon of religious freedom.” He was also a breeder and exhibitor of Holstein cows and the founder of Denison Mines Limited. Sadly, he died before the construction of the cathedral was complete. But his funeral was held inside the partially built striation. Wild stuff, right?

Related Posts:
10 haunted places you can actually visit in Toronto
This reimagined church might be the most incredible Airbnb in Ontario 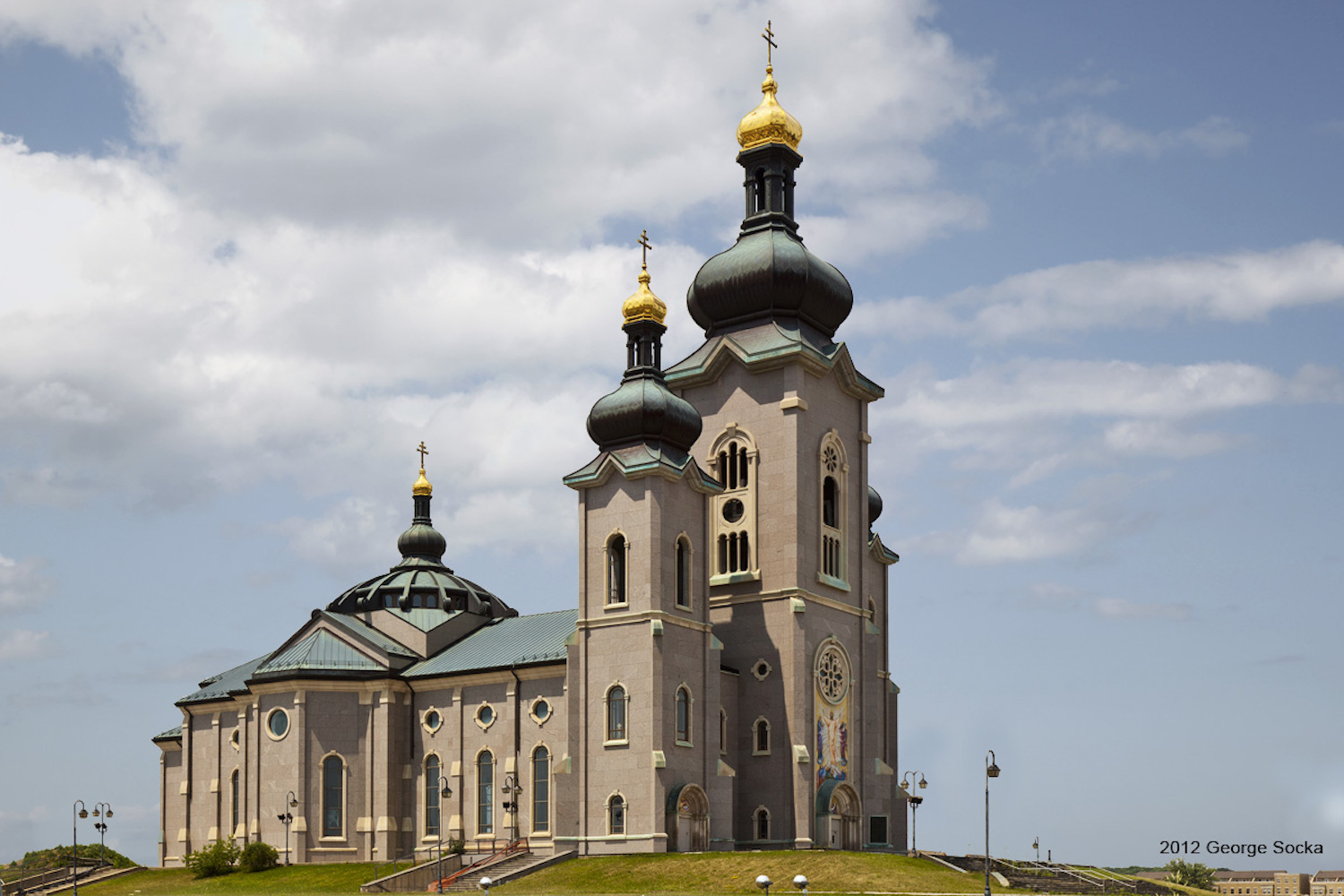 Today, the cathedral is known for its unbelievable design. The tallest of its three towers stands at a whopping 210 feet and it contains one of the world’s largest sets of bells. They were cast in bronze and weigh in at a whopping 32,000 pounds. Whew, that’s some crazy heavy metal!

Whether you’re religious or not, you can stop by the Cathedral of the Transfiguration to take in its magnificent sights in person. The spot is definitely something to marvel at, so slap on your mask and see what it’s all about!

CATHEDRAL OF THE TRANSFIGURATION