Welcome, road trippers and vagabonds, truck stop food critics and old-school souls, to Curiocity’s Ultimate Canadian Diner Guide. After spending roughly three hours combing through Google Maps and asking our weird friends what’s good, we have finished our list. Behold- the guide you didn’t think you needed but now will never forget, the diners (and restaurants) that make the trip to wherever they are worth it. We’re going west to east today, so buckle up.

Here are our picks for some of the best, weirdest, and coolest Canadian diners you can find across the country. 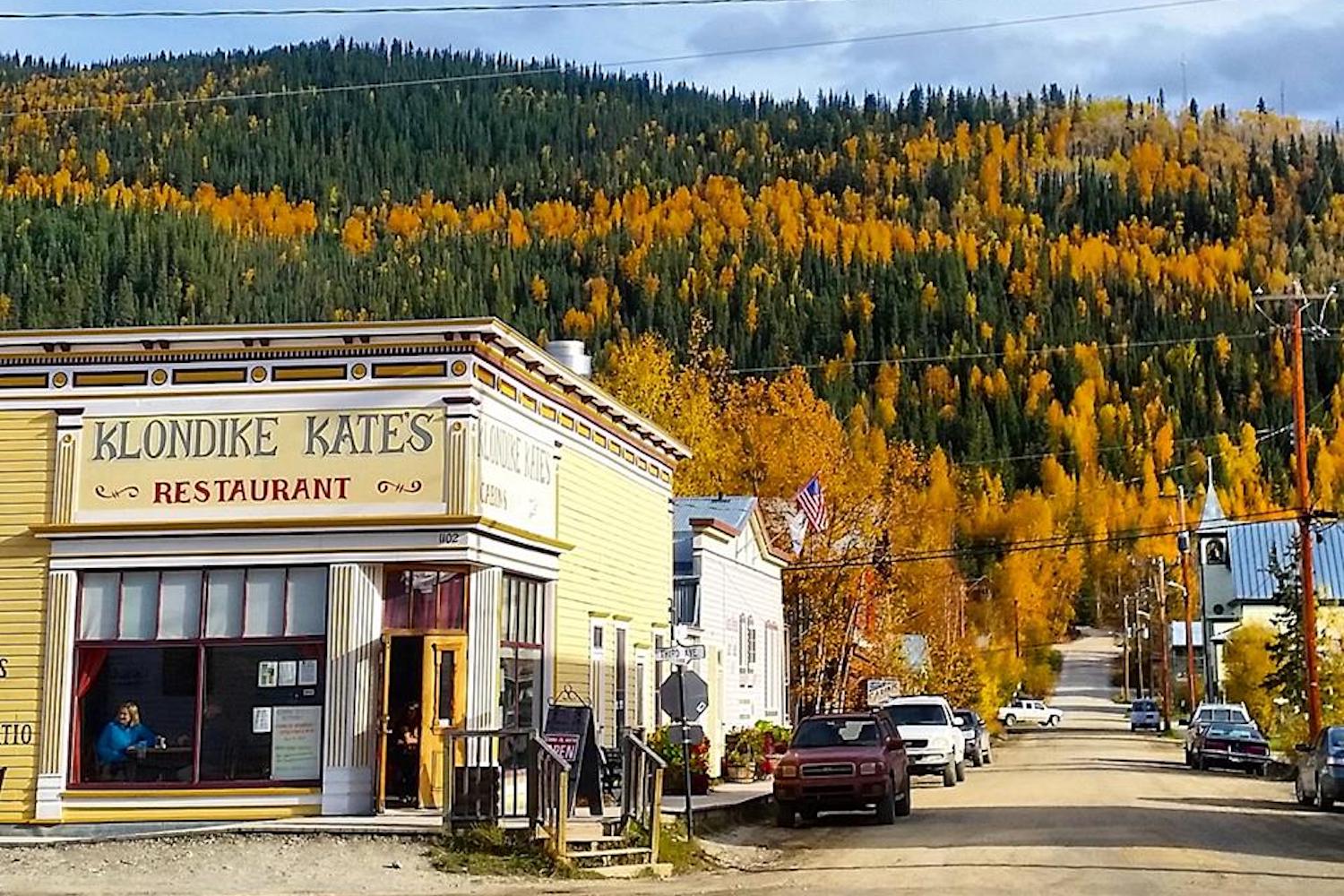 This restaurant is set inside a historic gold rush era building and has been outfitted to look the part. Dawson City was once the crux of the Klondike gold rush, with 100,000 people trying to get there at the end of the 19th century. Only 30,000 did, but guess what, we have the technology, we can rebuild the city. 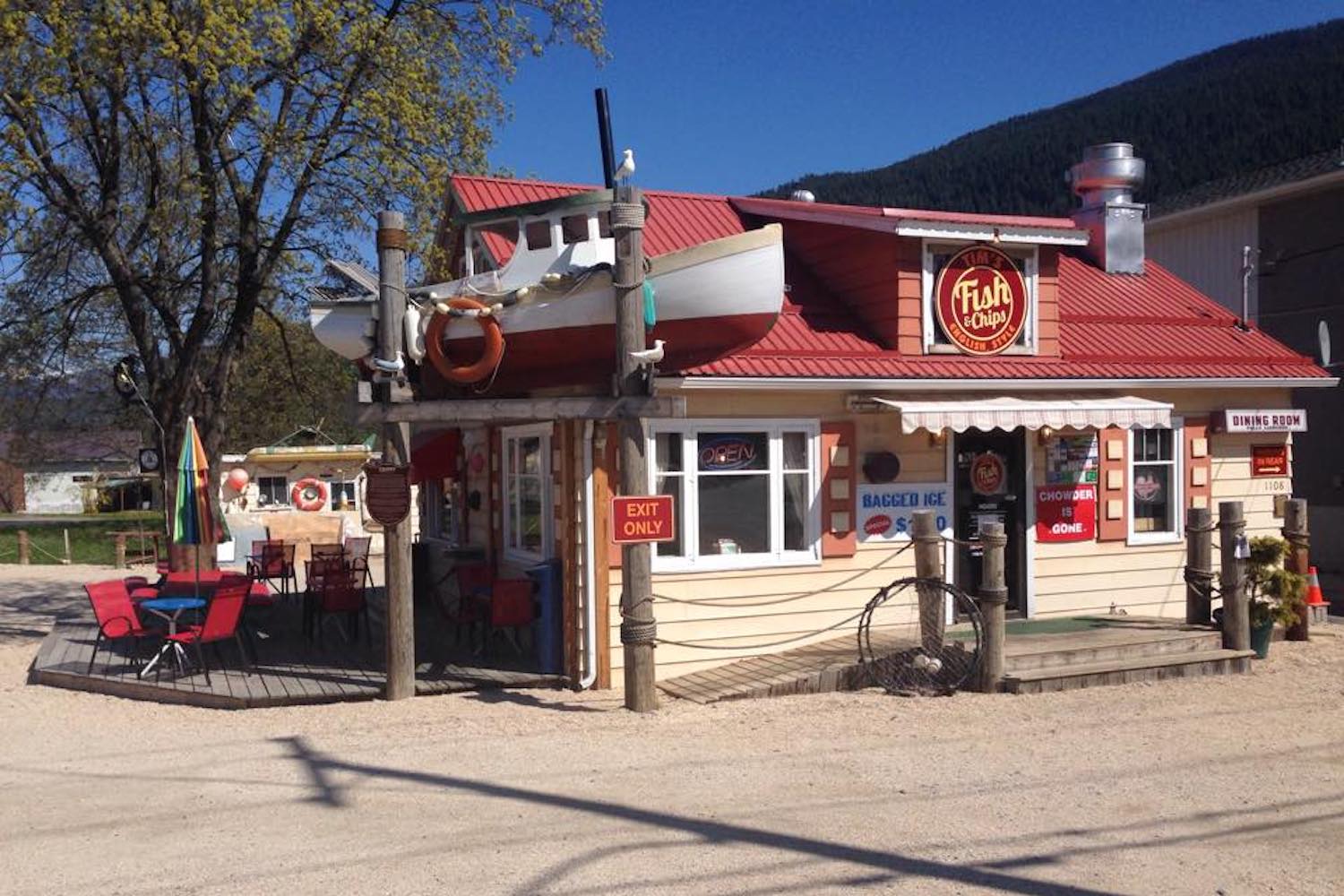 Nestled in Creston, Tim’s Fish and Chips is the best spot for a nautical-themed restaurant south of the Okanagan Valley. Why would you get fish and chips in the middle of the province? Because there’s a boat on the roof, that’s why. 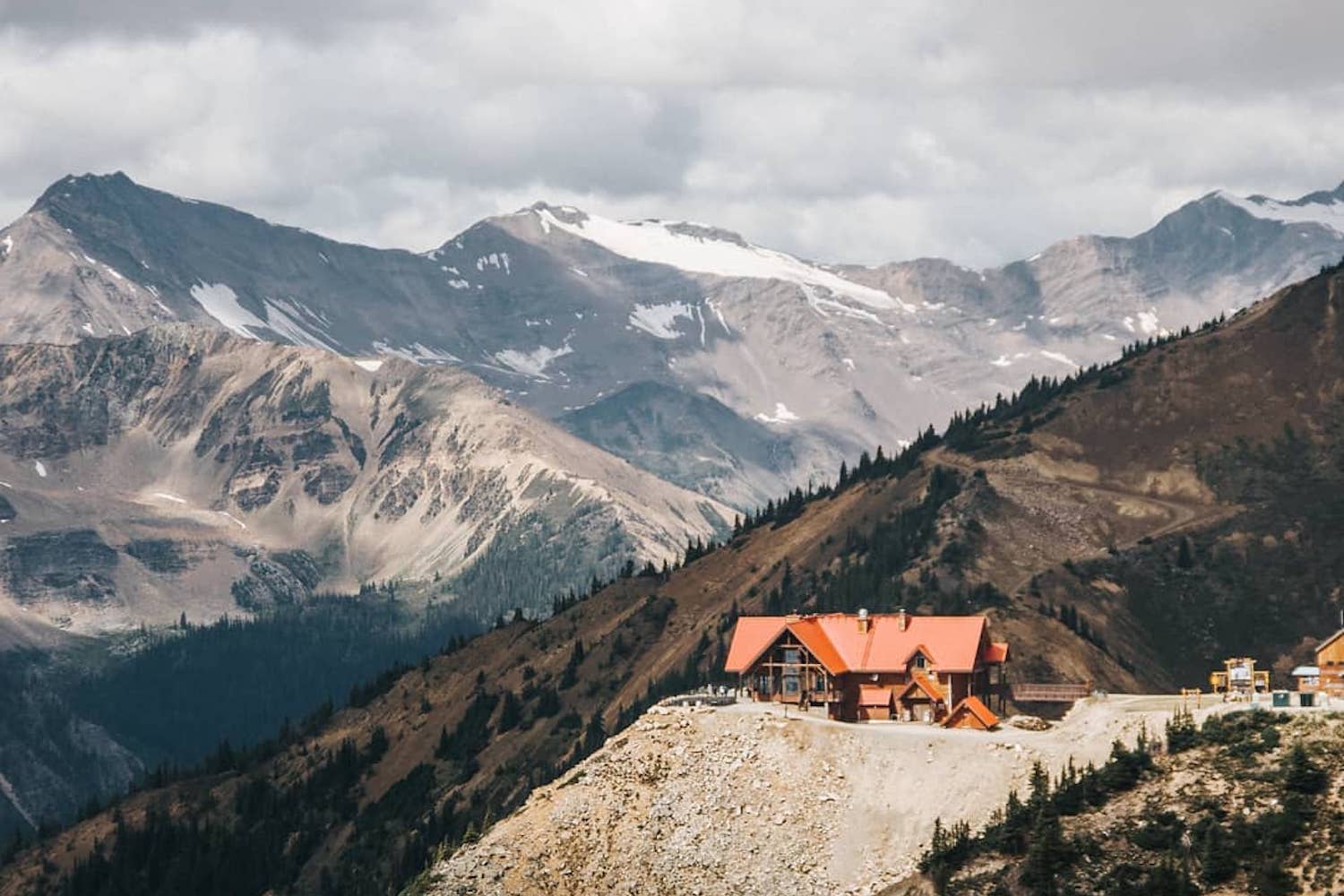 Why eat at the base of Whistler when BC has the highest restaurant in Canada? The Eagle’s Eye is perched atop of Kicking Horse Resort. It’s the perfect scenic ending to a road trip to Canyon Hot Springs and Glacier National Park. 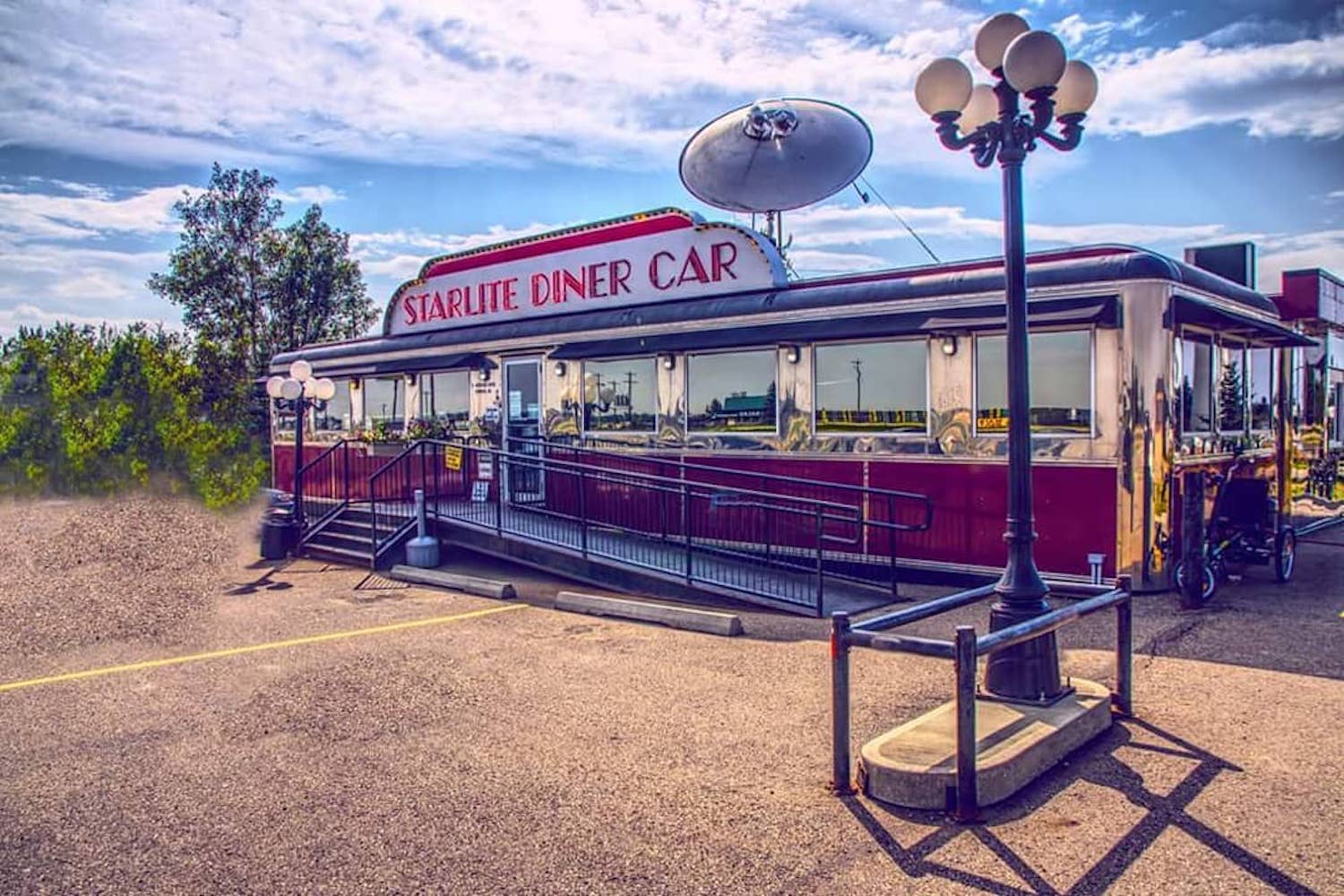 A diner inside of a train car with a UFO on top. If that doesn’t scream ‘small town Alberta’, then we have no idea what does. It’s delicious, and only 30 minutes away from the Gopher Hole Museum, the craziest museum in Canada. 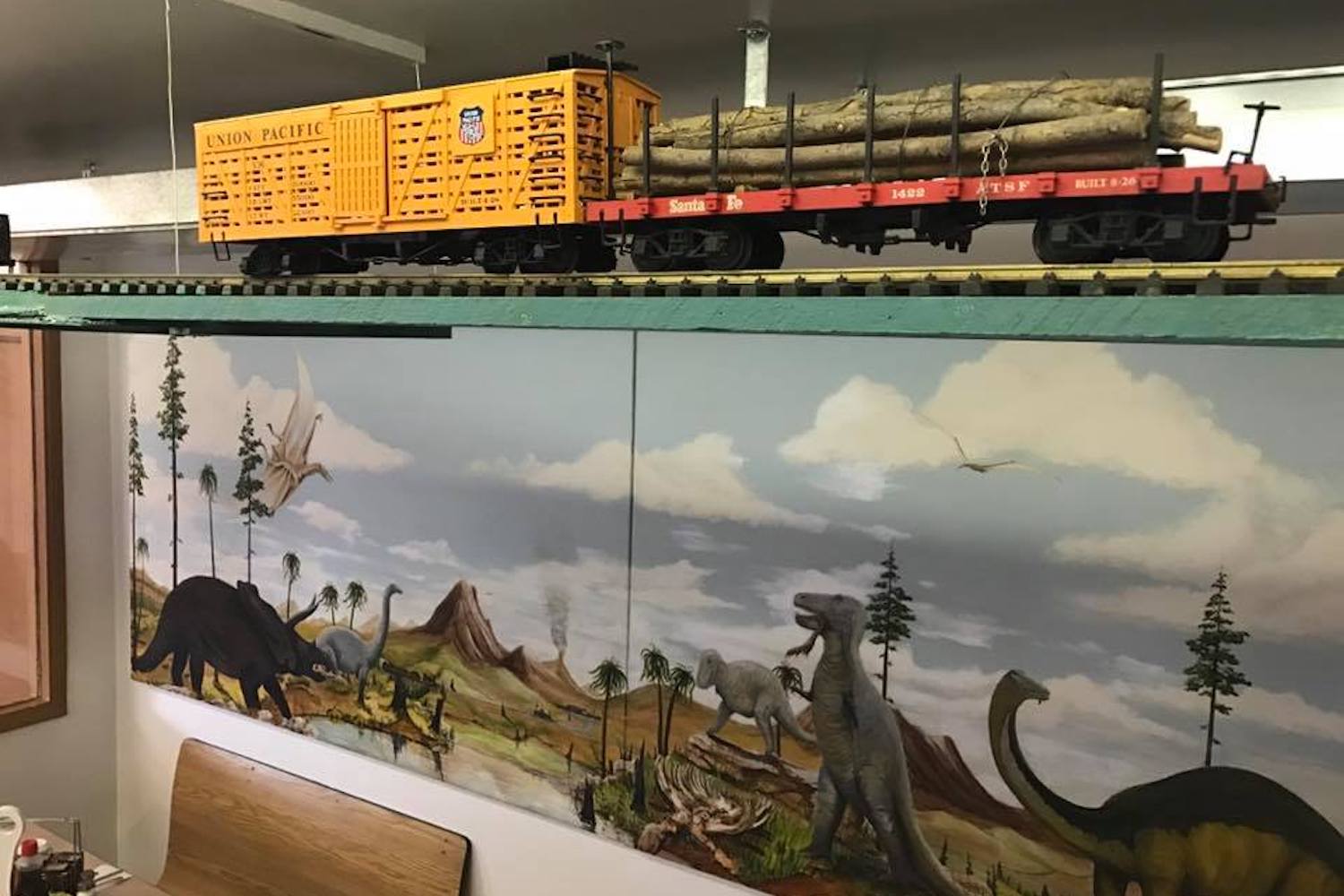 Waffles. Hamburgers. Ice Cream. Flapjacks. Salads. WHIFS brings the noise to Drumheller and is a just as novel of an experience as the Royal Tyrrell Museum. Like, come on, who puts a fully functional train set in their dining room? Winners, that’s who. 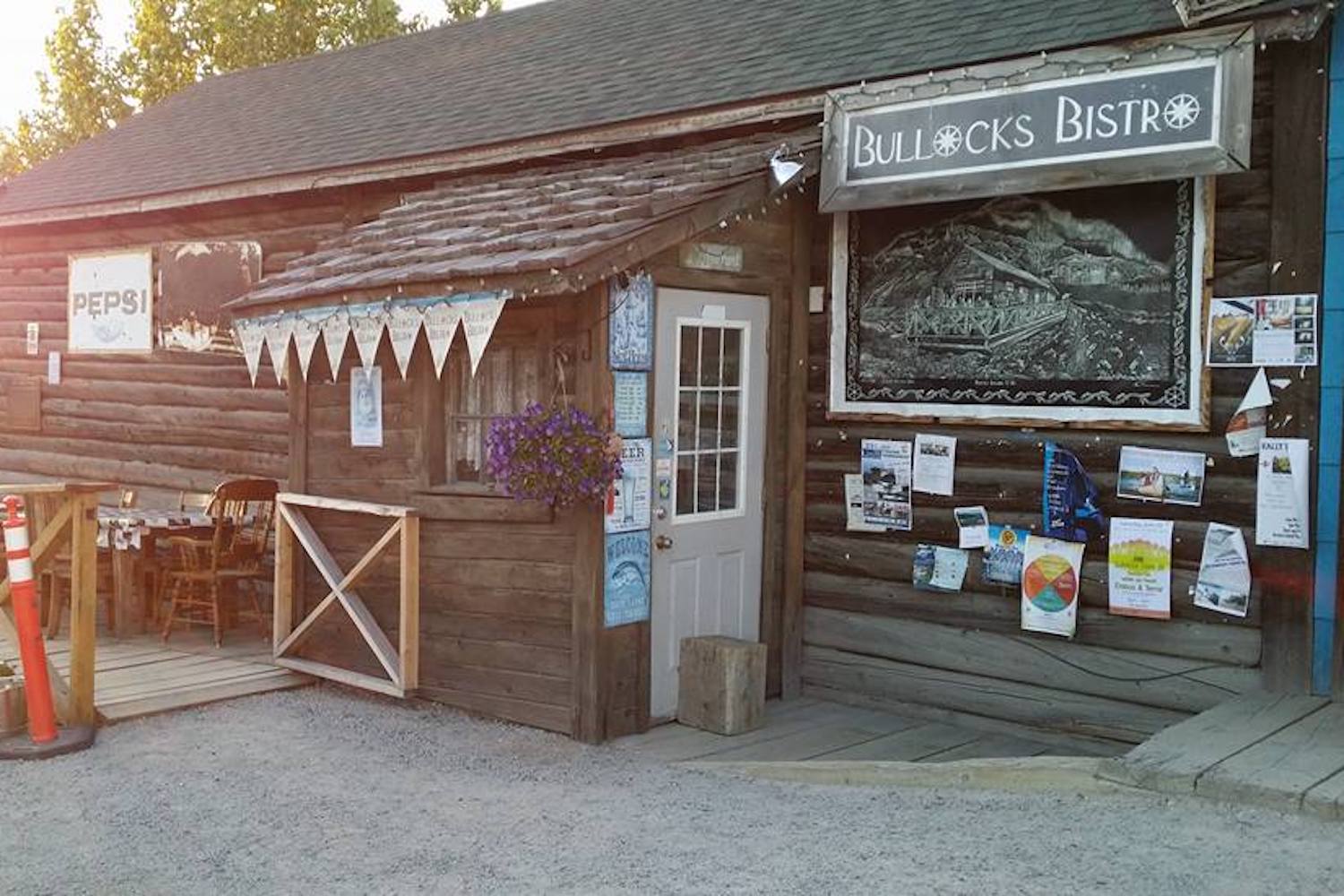 Why would you go to Yellowknife? Well, bet you didn’t know that the Great Slave Lake is the deepest in Canada, coming in at a whopping 614 metres at its deepest point. Get a seat overlooking this beast while you chow down on their ‘Slurp n’ Burp’, featuring your choice of buffalo, caribou or musk-ox with fish.

Buds and Suds Carwash and Grill 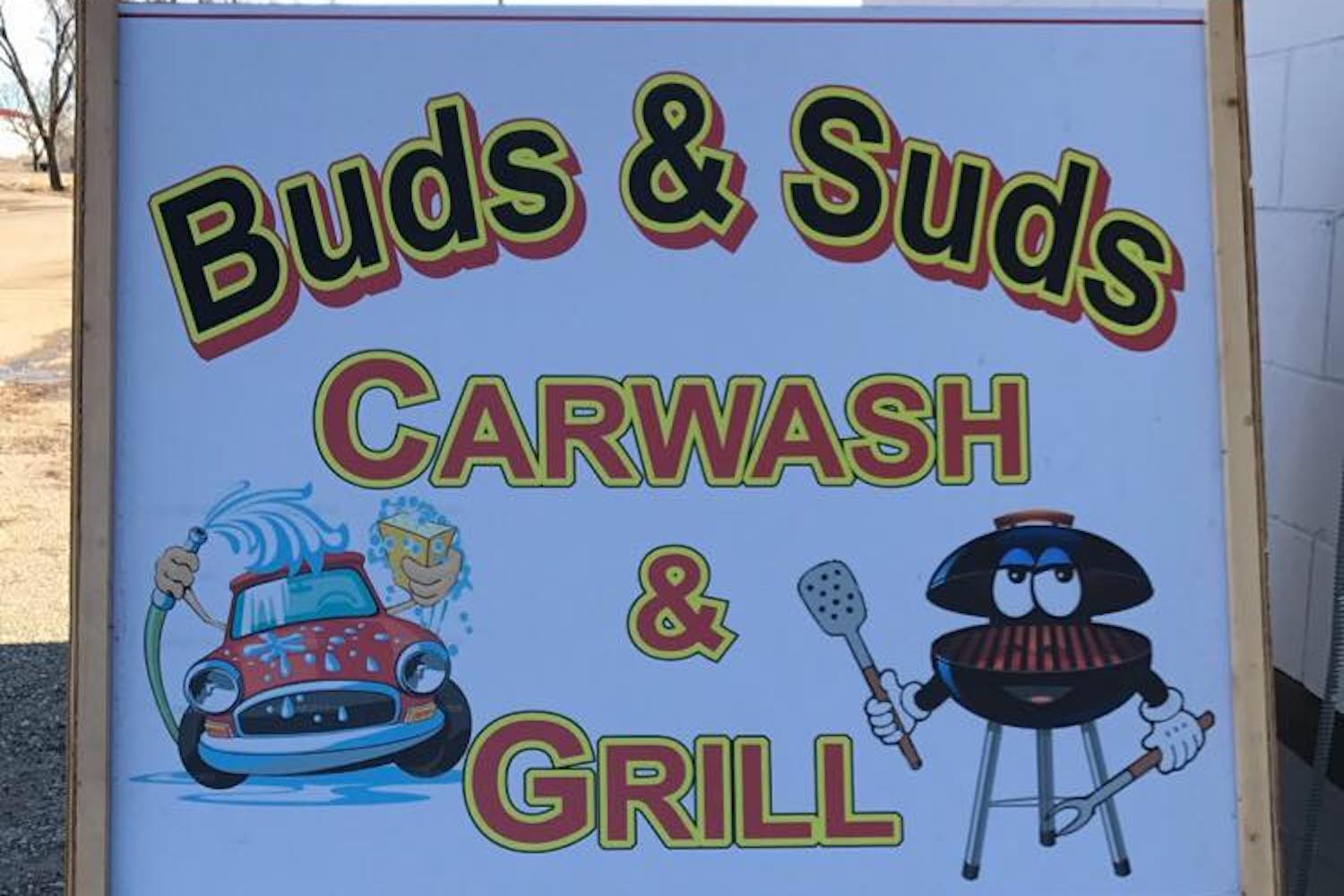 It’s been a long day of driving and your stomach is as hungry as your car is dirty. Fear not, because Buds and Suds has your back. Chow down on a burger while your car gets cleaned in their attached carwash. This might take the cake for the most original idea on the list. 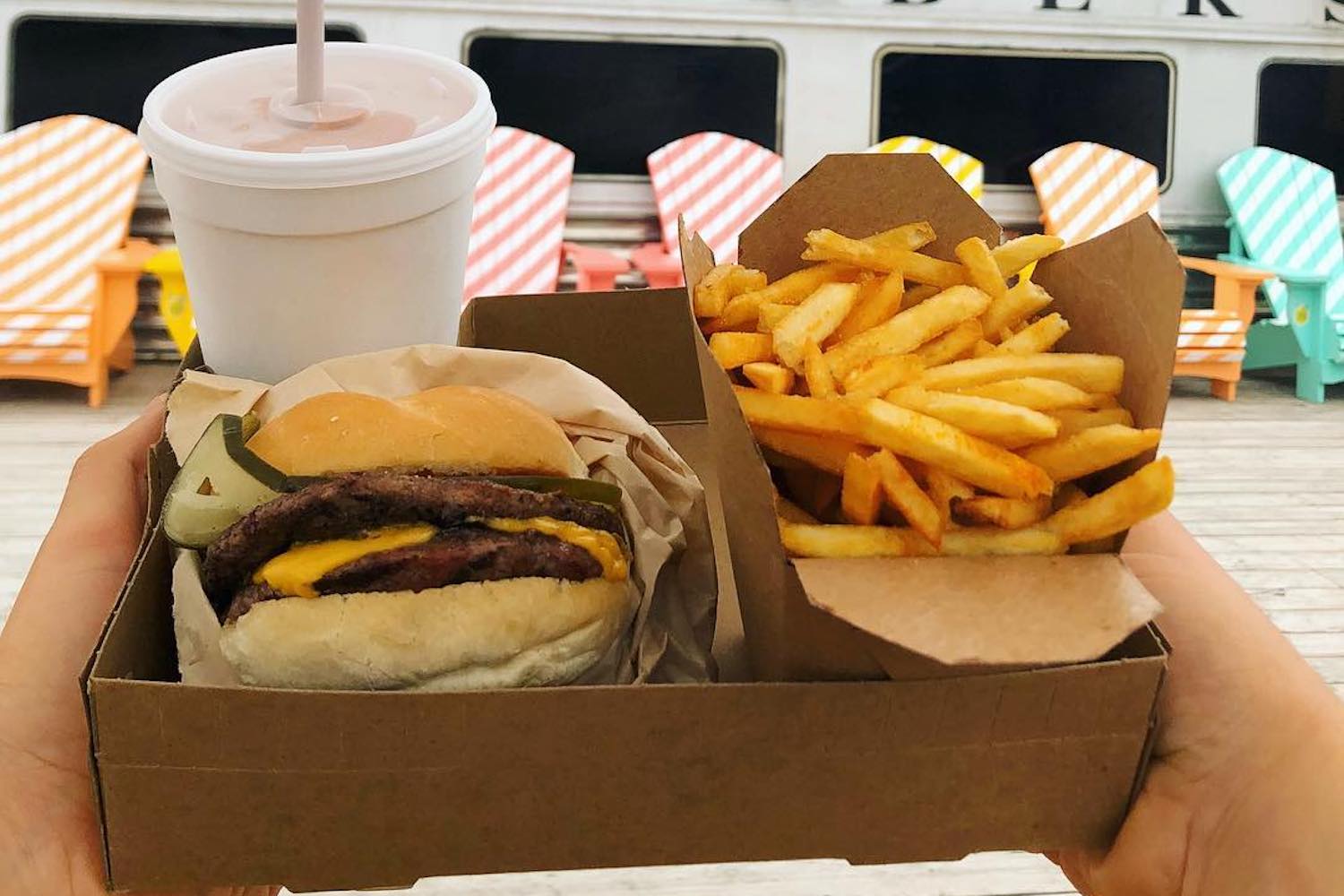 A must stop in Orillia for anyone going to Ontario’s cottage country. Another highway diner served up via train car (the best), Webers has been open since 1963, so you know that they know what they’re doing. A milkshake and a burger before continuing on your way? How can you pass that up? 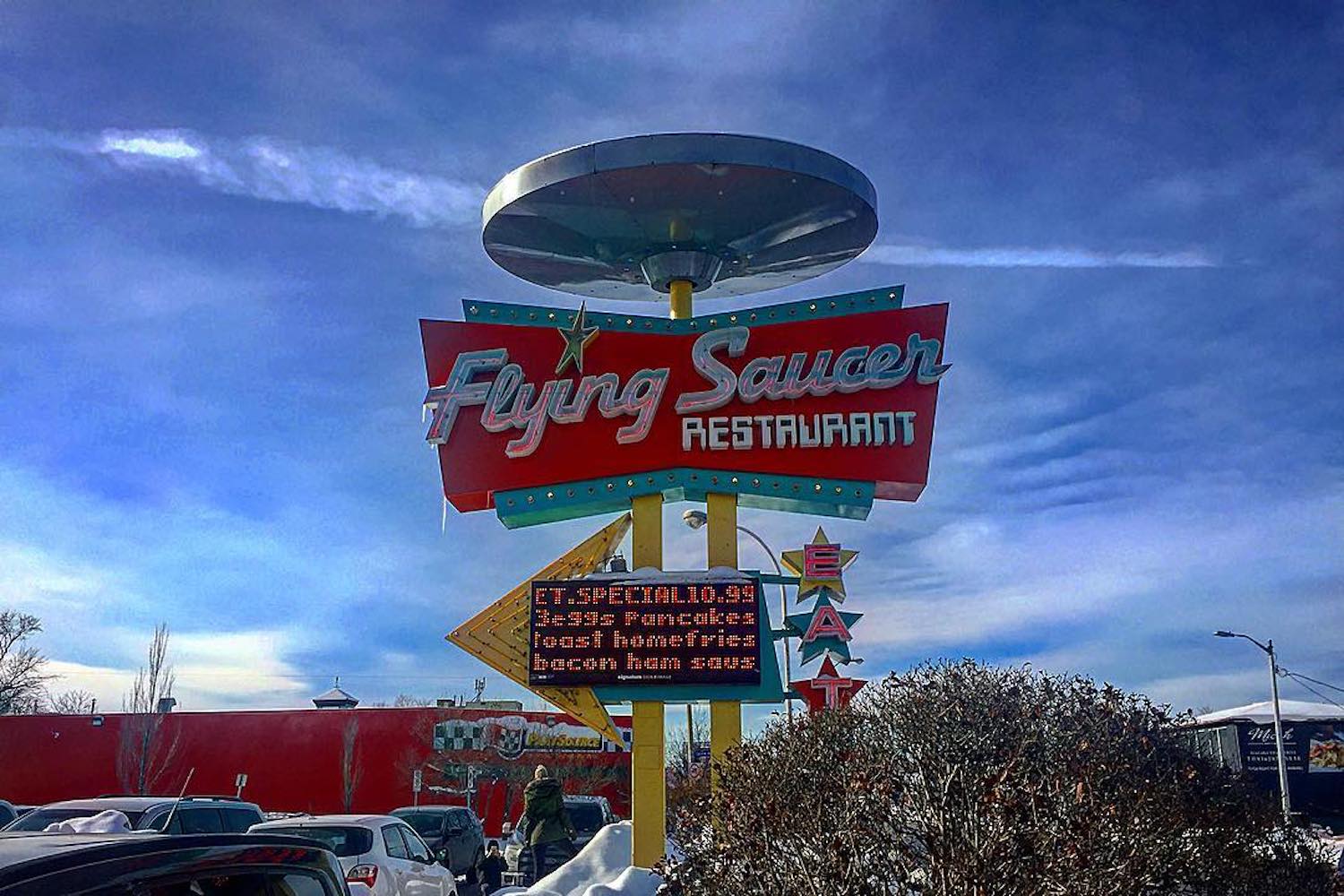 Definitely more of a novelty restaurant, but why not eat in a flying saucer at least once in your life? Better than any other dining experience on the Canadian side of Niagara Falls, except for maybe Skylon Tower. But, we want to believe that it’s the best. 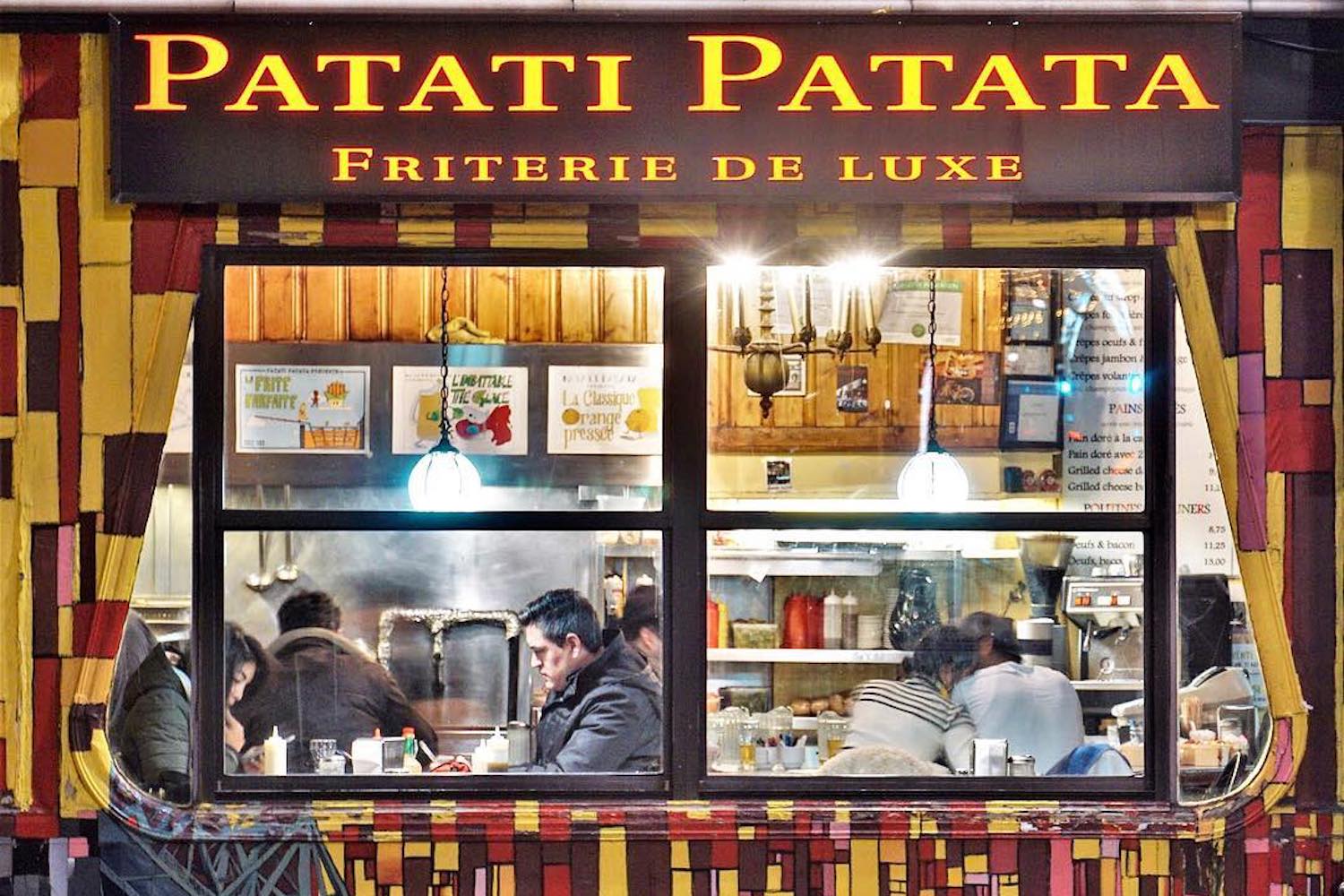 We don’t cover anything in Montreal so we get to cheat and say that this is out of the way, hehe. Seriously though, you won’t want to go anywhere else once you try this spot during Osheaga, so write the name down and thank us later. 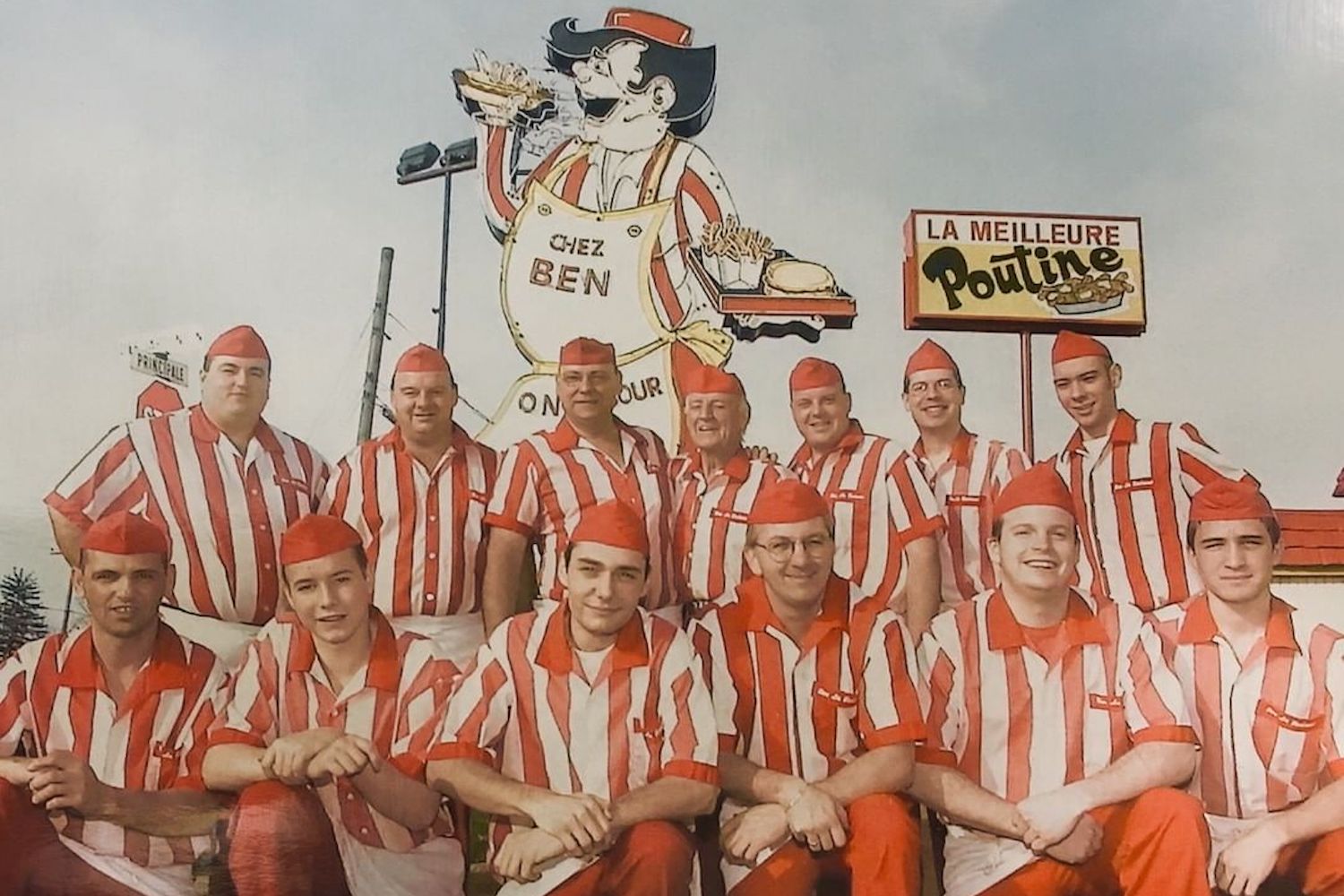 Translating roughly to ‘Ben the Belly’, this spot in Granby is the quintessential diner experience. Their cheeseburger costs $2.70, and they might just have the best poutine in the province. Insanely ‘grammable, as well. 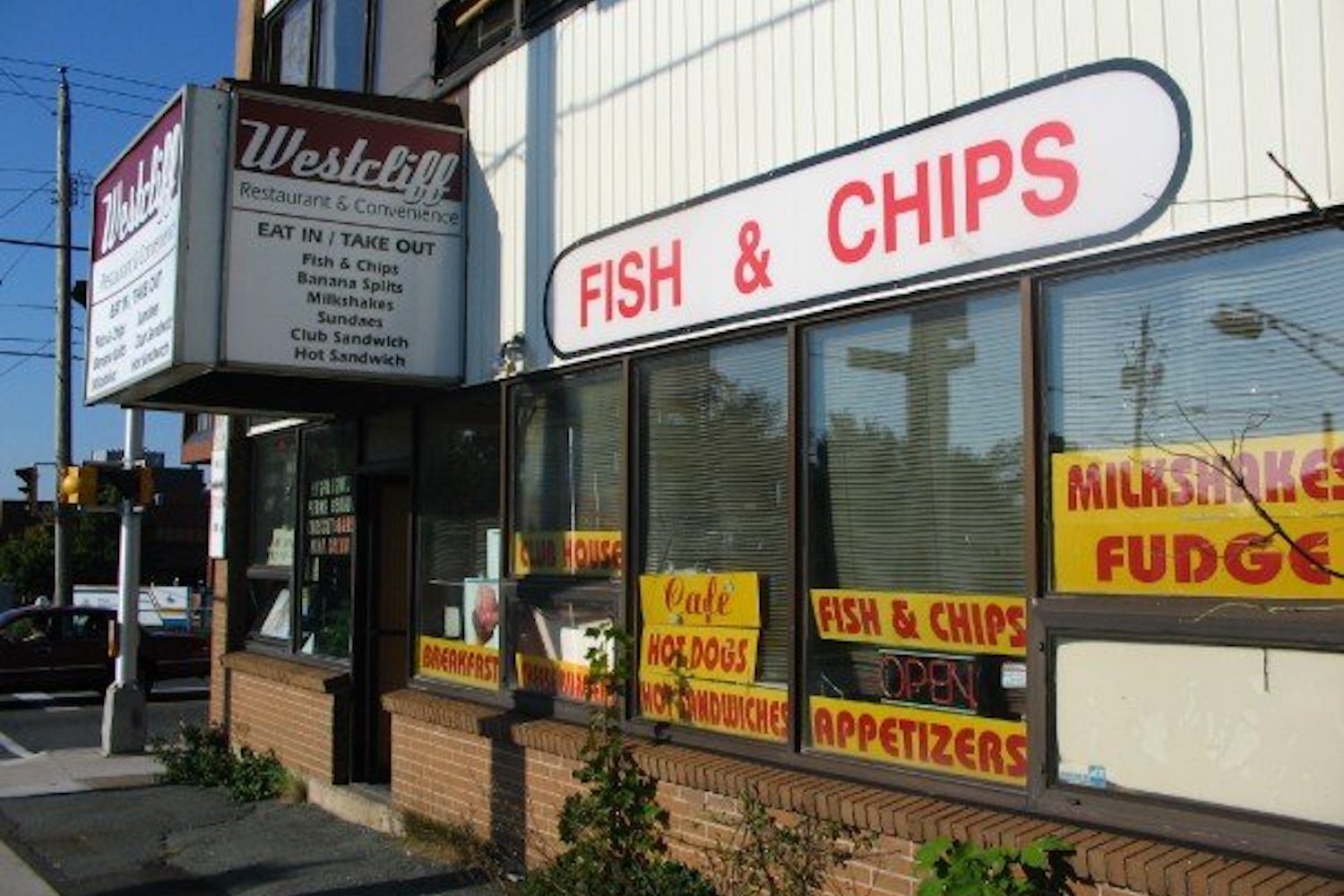 We’re having a hearty chuckle over here about the inclusion/exclusion of the ‘e’ at this amazing diner in Halifax. Google maps and their Facebook page both have the ‘e’ attached, while the signage and their menu don’t. What are you guys doing over there? Well, aside from serving up incredible food. 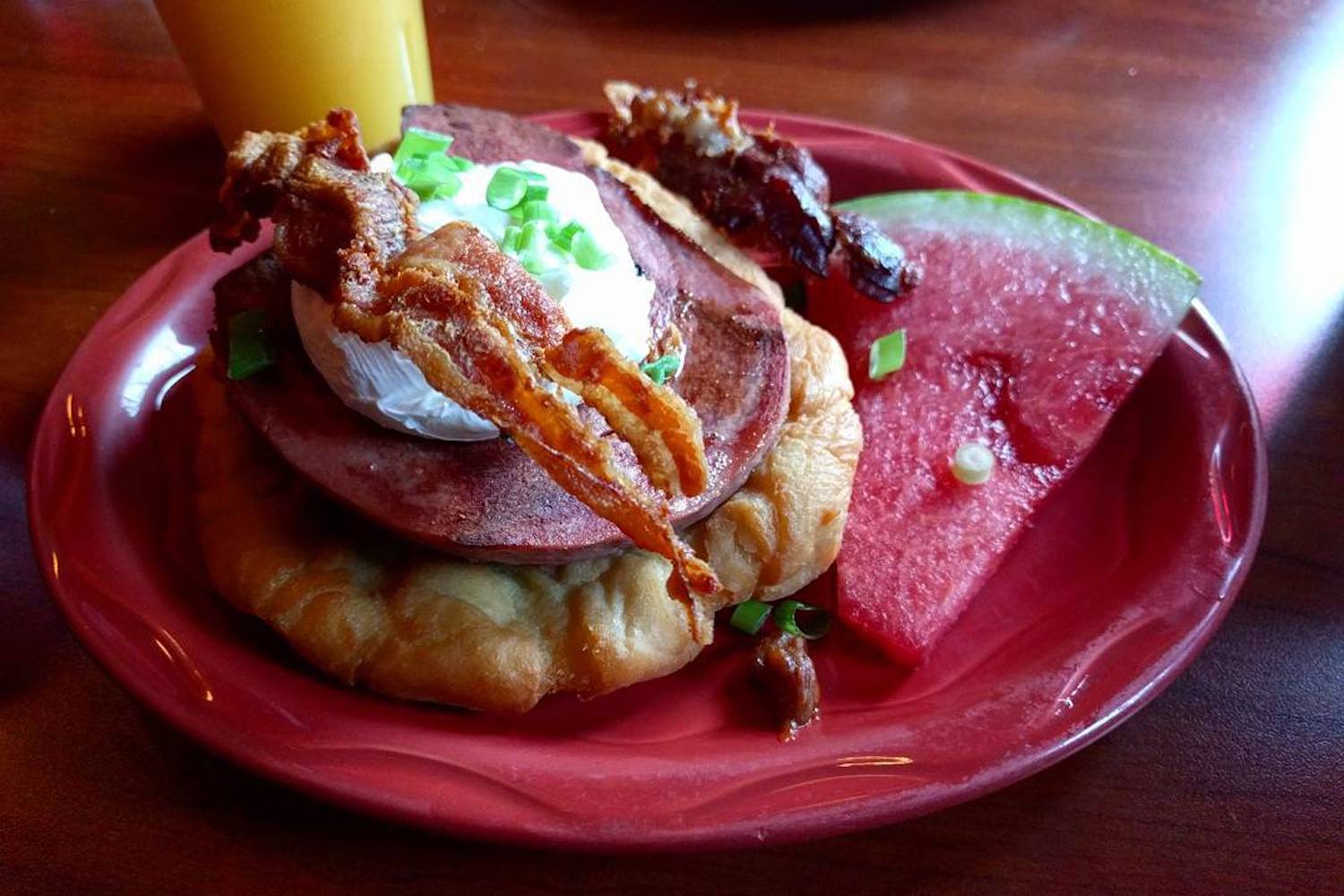 Set in St. John’s, Canada’s most eastern city, you can dine at the edge of the world at the Bagel Café. Ever tried a ‘touton’ pancake before? No? Us neither, and we’re chomping at the bit to see what this regional dish has in store.

The KFC Buffet in Weyburn Saskatchewan

And that’s our list of Canadian Diners you’ve got to check out! We’re happy to update this list, so if you’ve had an unforgettable dining experience in the middle of nowhere let us know, our friends were practically no help. 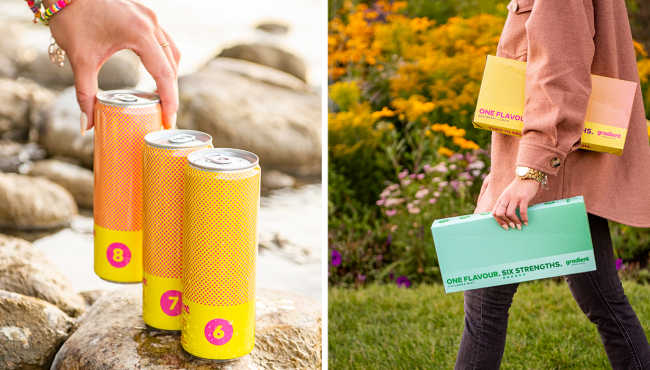 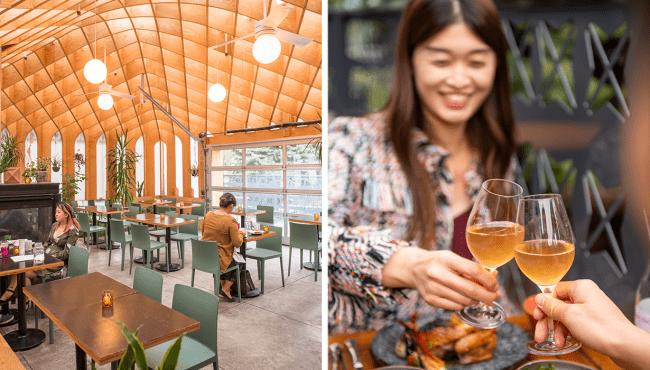 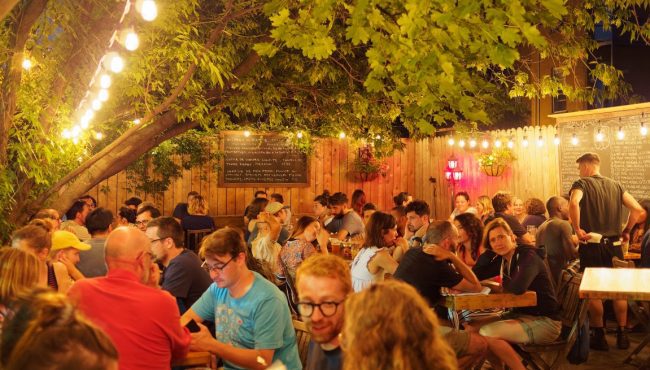 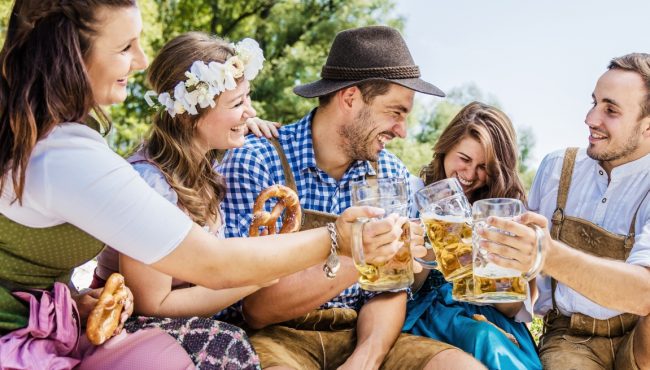