Survey reveals the best and worst airports in North America

Which airports in North America suck the most, and which do people like the best? J.D. Power conducted a survey to find…

Which airports in North America suck the most, and which do people like the best? J.D. Power conducted a survey to find out which airports travellers loved and hated the most, and Canada was all over the map. How did the Calgary International Airport stack up? Let’s see.

So the powers that be ranked a bunch of major North American airports on a 1,000-point satisfaction scale. Firstly, Detriot’s Metropolitan Wayne County Airport cleaned up in the Mega Airport category, with 786/1000. Toronto’s Pearson did abysmally, with 745/100, which was solidly rated as “below average.” Vancouver ranked near the top of the Large Airport category, with a solid 801. Alright, fine, you win.

Related posts:
Calgary shuts down Panamount Panic haunted house after complaint
Scoot or boot? The City of Calgary wants your opinion on e-scooters 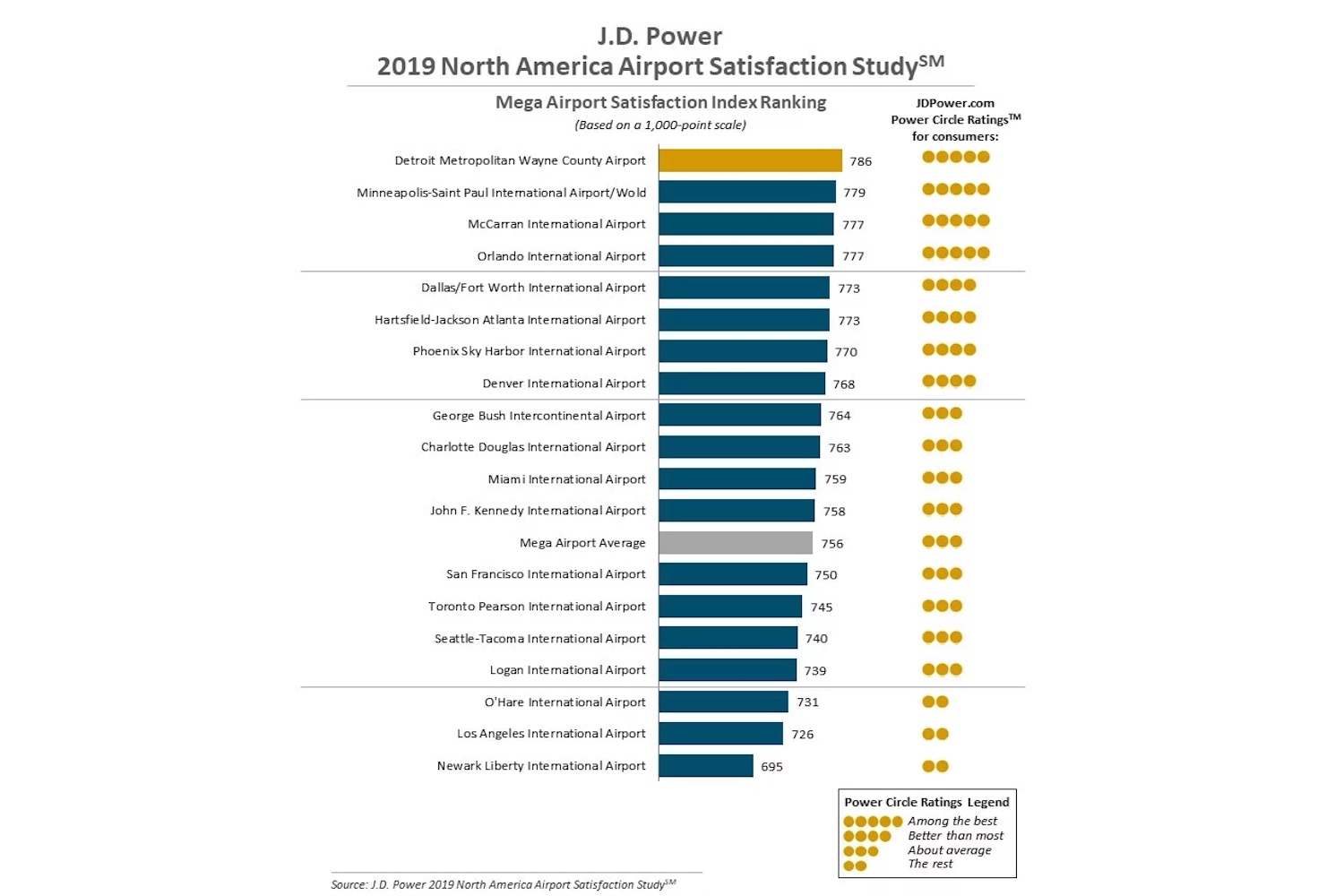 So where was YYC? Well, we were… very average. The Calgary International Airport scored 765 in the Large Airport category, putting us directly in the middle of the pack. Even with all the expansions and upgrades (and the Menchies!!) we still didn’t crack the top leagues. Actually, Portland won our category. Fine, congrats Portland.

Overall, the satisfaction scores are much higher in smaller airports (Indianapolis won the medium category with a score of 833). Maybe we should move to a small town and just see the world from there?