Guide: 8 of the coolest public art pieces in Toronto

It's controversial at the best of times and straight-up inflammatory at the worst of times. Pour one out for the poor souls…

It’s controversial at the best of times and straight-up inflammatory at the worst of times. Pour one out for the poor souls who design public art in Toronto.  Whether you love the pieces or hate them with the burning passion of a thousand suns, at least they’re trying to jazz up the city. Right? Here are 8 of the most beloved pieces of public art in Toronto. However, you’ll probably still find something you don’t like on the list. It’s the name of the game! 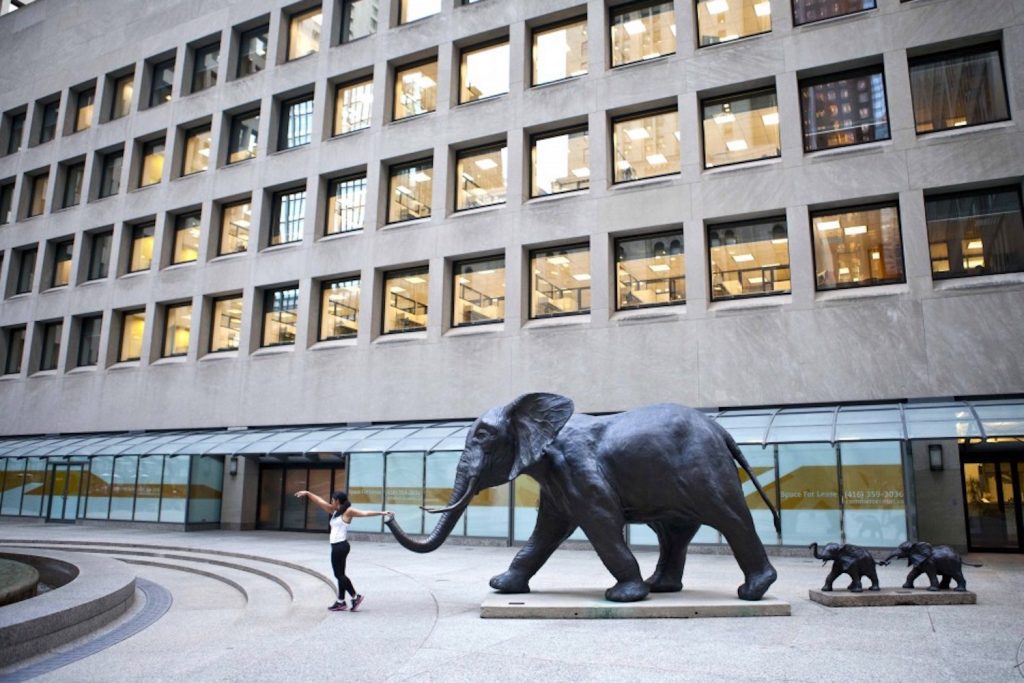 There’s a very noticeable, very unfortunate lack of elephants in Toronto. At least we’ve got this adorable sculpture to get us through. Tembo and her babies are strolling through the Financial District, putting a smile on our face every time we see her.

Where: The Path- Commerce Ct 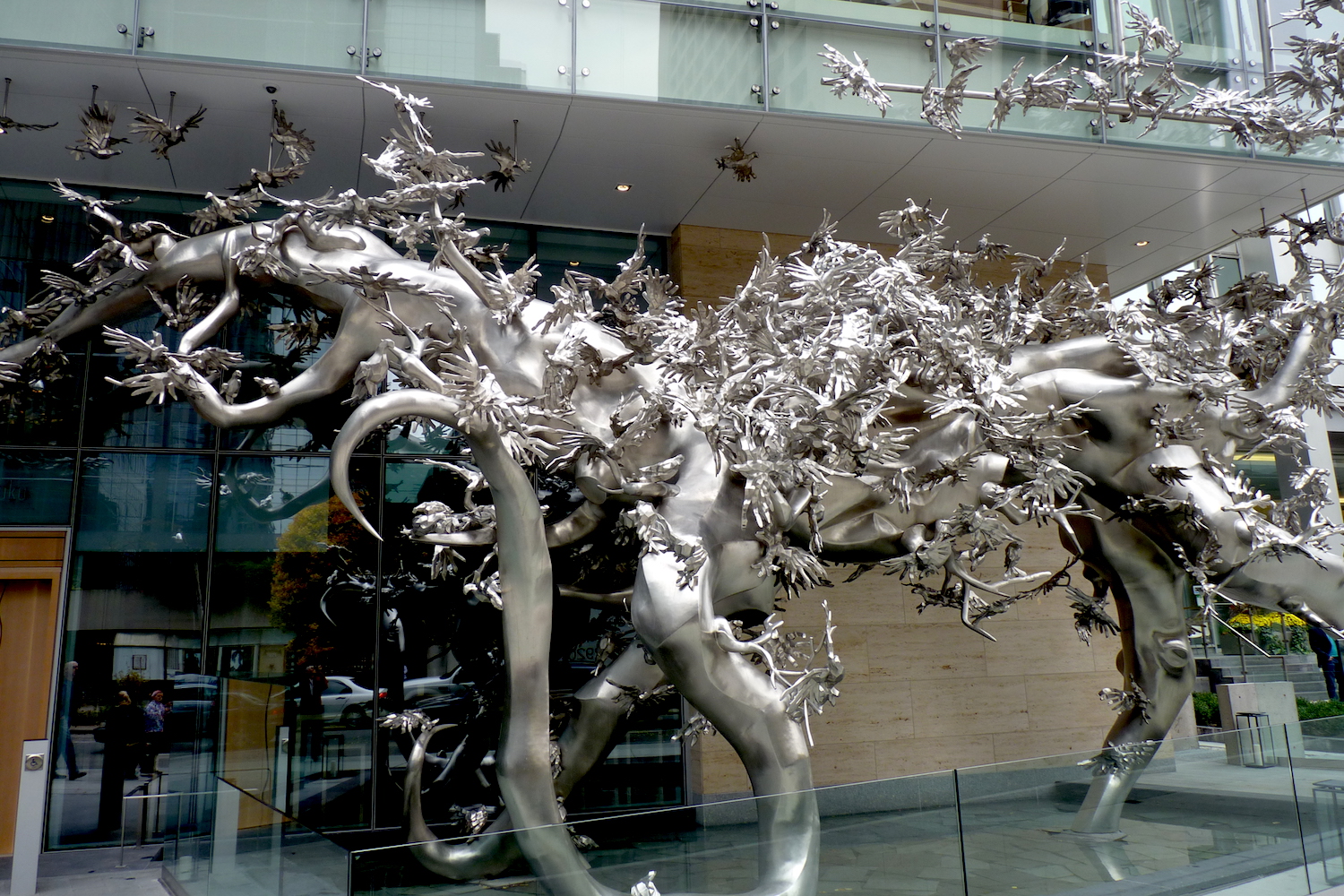 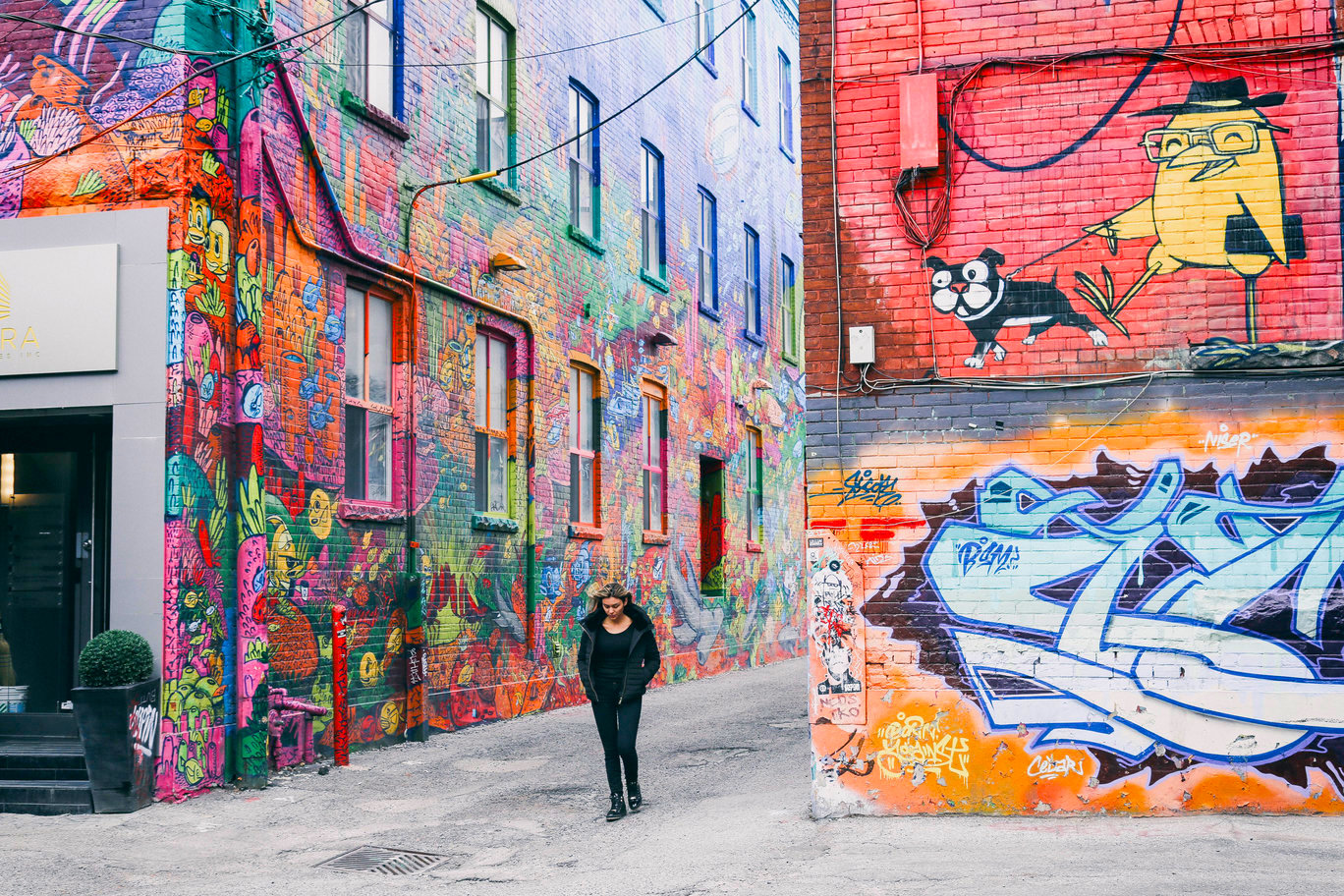 This mural-tastic stretch of street has become a tourist destination in its own right. Stop by with pals to take photos, and admire what people can do with spray paint. Debatably one of the least hated art pieces on the list, so you’re safe to post it without too much backlash in the comments.

Where: South of Queen St W from Spadina to Portland, starting at 1 Rush Lane 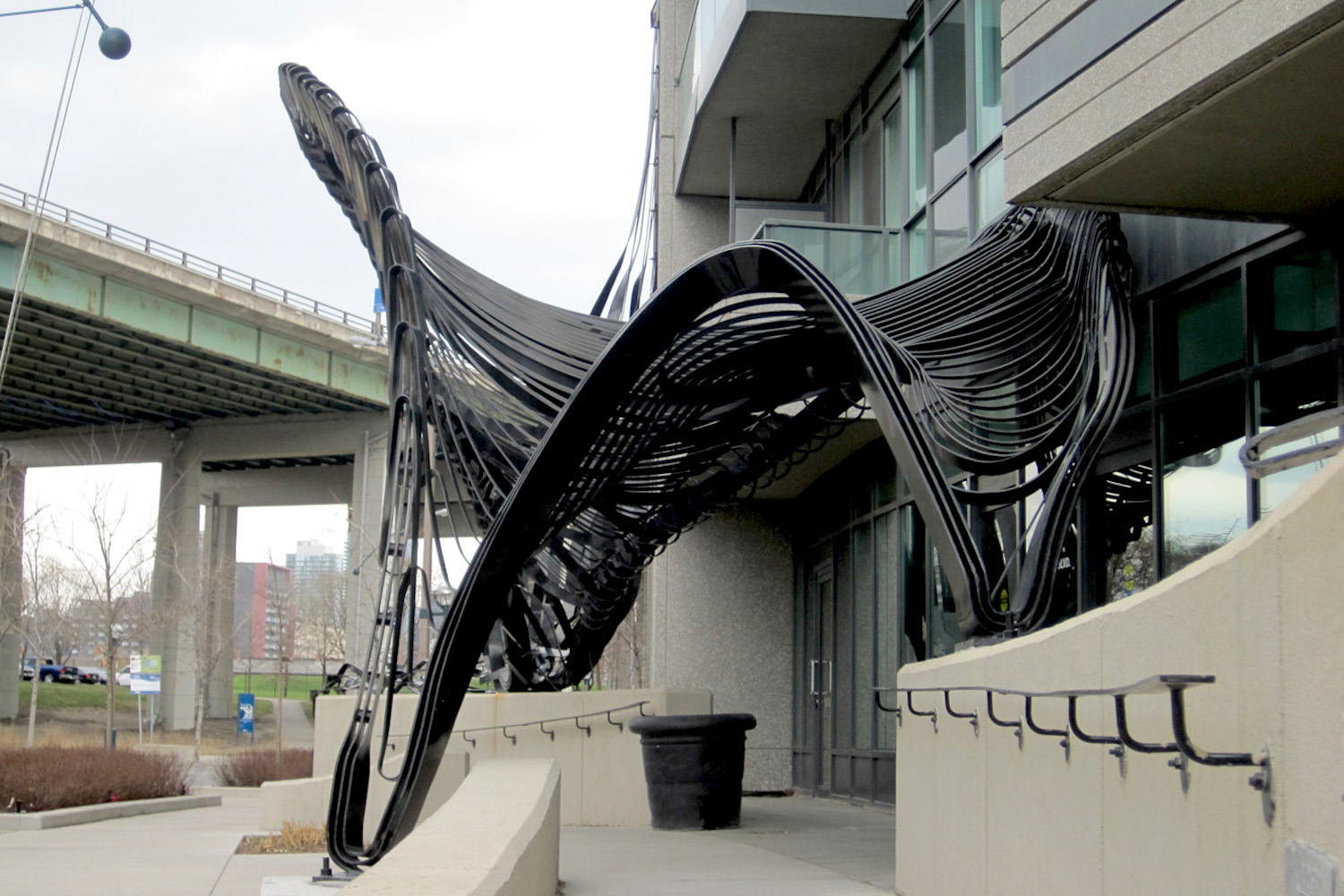 Go get that fence! Oh, wait! You can’t, it’s made of steel! This undulating work of steel ribbon surrounds part of the WaterParkCity condos. It was designed by Vito Acconi and we love the whimsical touch to an otherwise normal, modern building. Also, it’s got built-in swinging seats. 10/10 fun. 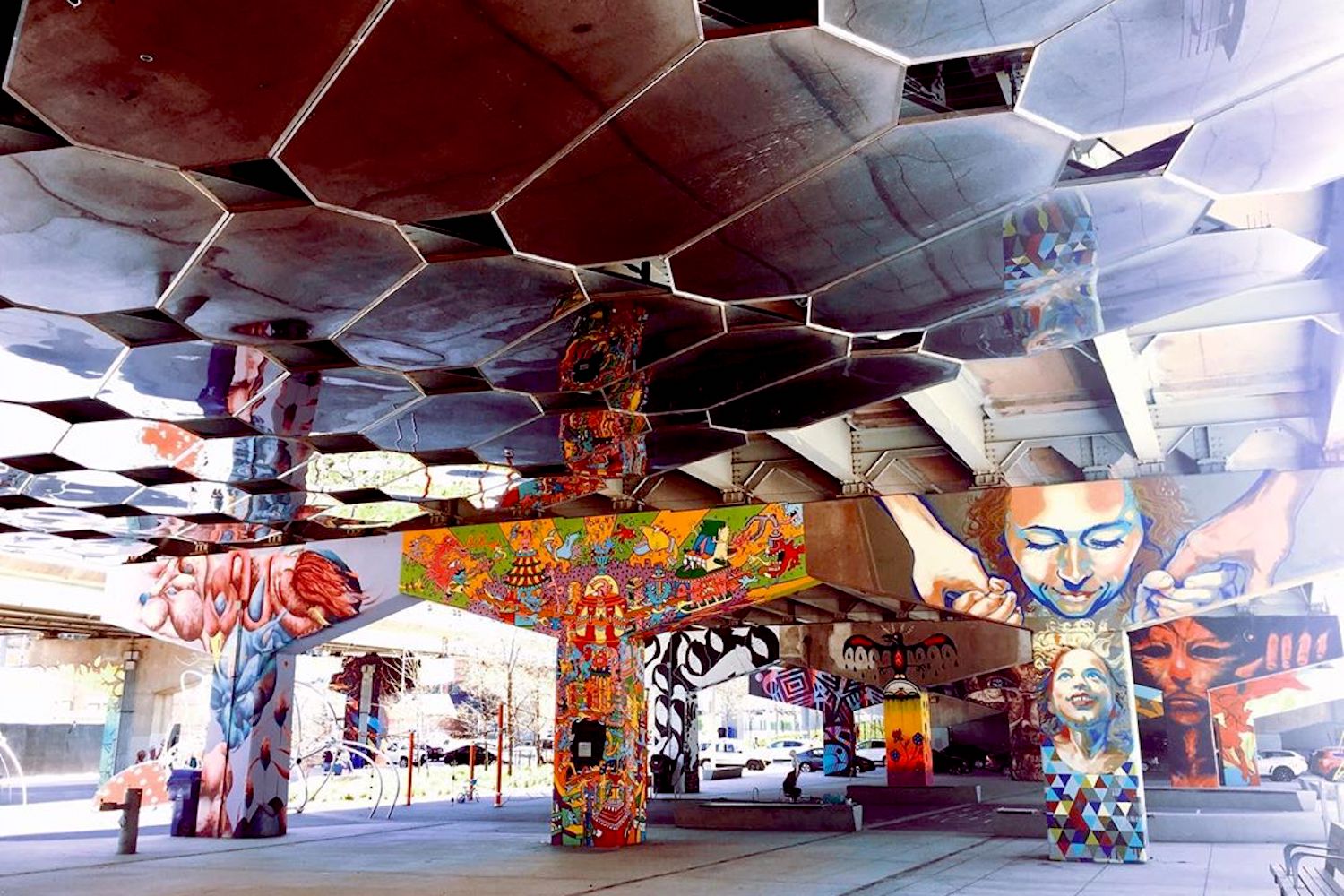 Psst, up here! This installation features a huge reflective honeycomb suspended on an underpass. The concrete supports have since been graffitied, so the colourful reflections make your own reflection that much jazzier. 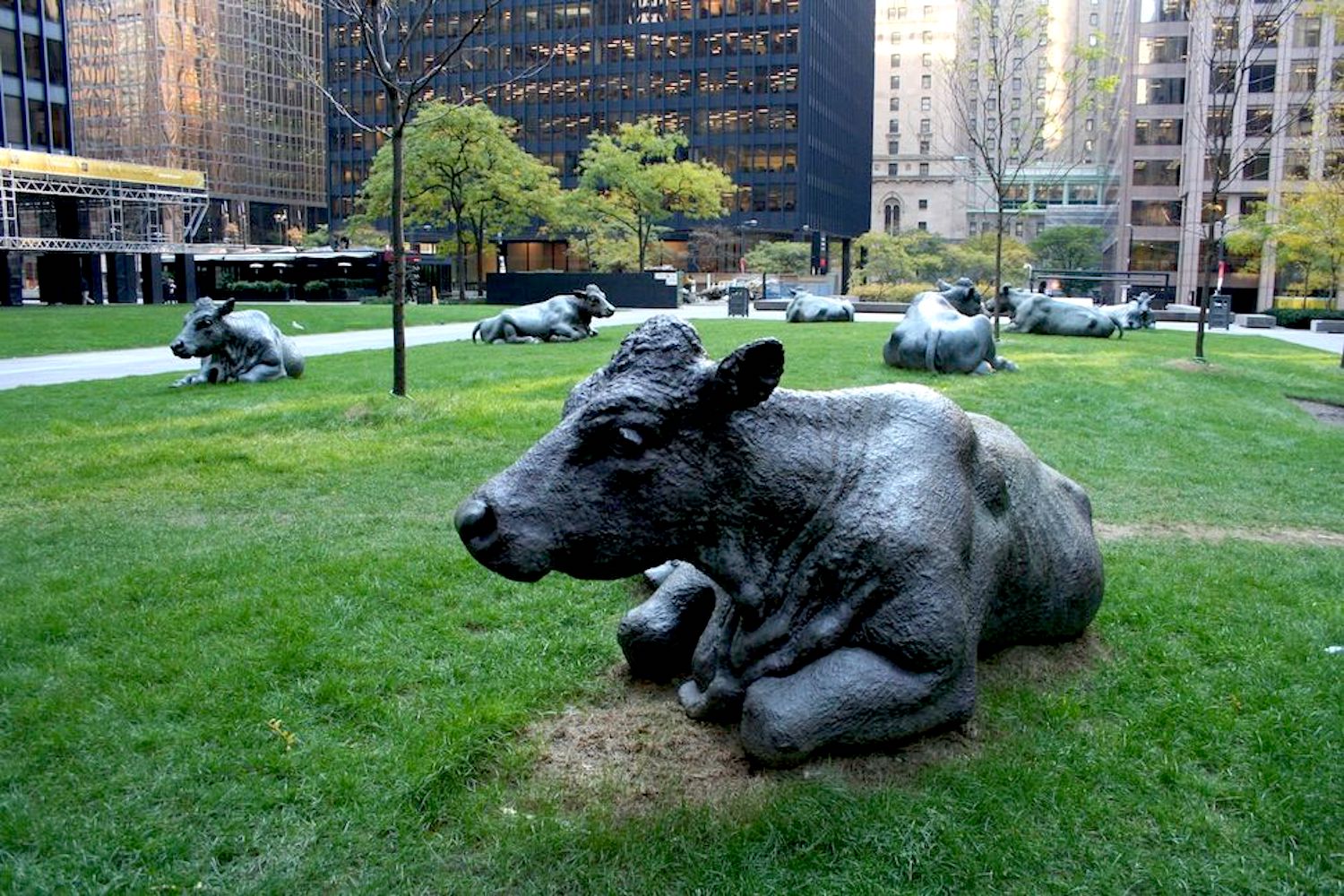 These bronze cows have been grazing between TD’s towers since 1985, thanks to artist Joe Fafard. He was bringing a little bit of his beloved Saskatchewan to Toronto. While we wouldn’t quite call Saskatchewan beloved, we do beloved the cows. They look peaceful, and they look ready for us to cuddle them.

Where: Outside the IBM tower of the Toronto Dominion Centre 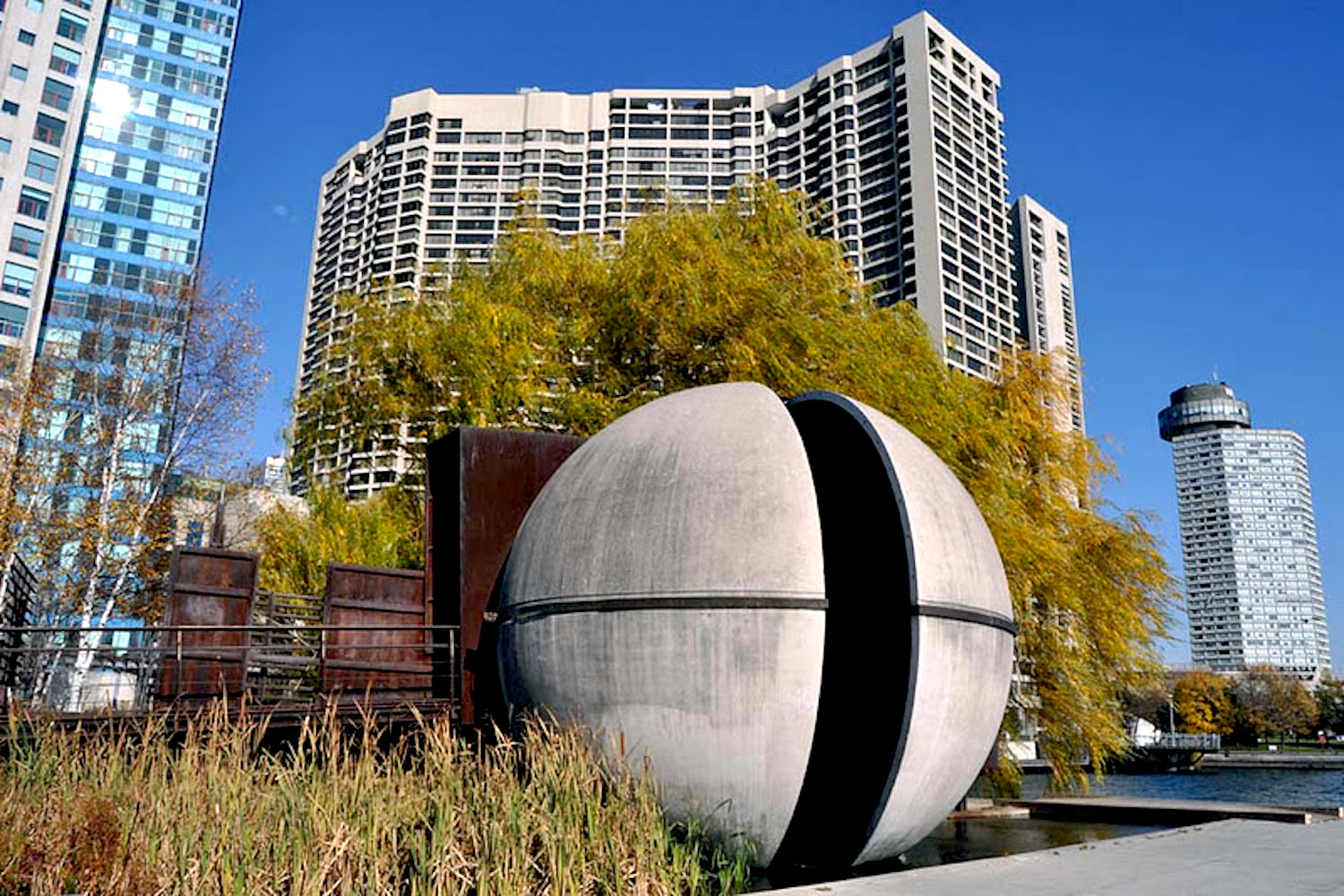 What time is it? Time to get a sundial, nerd. Luckily, there’s a functioning one in Harbour Square Park! Not only does it tell the time in the most archaic and difficult way possible, but if you crawl inside it’s actually pretty dang peaceful in there. 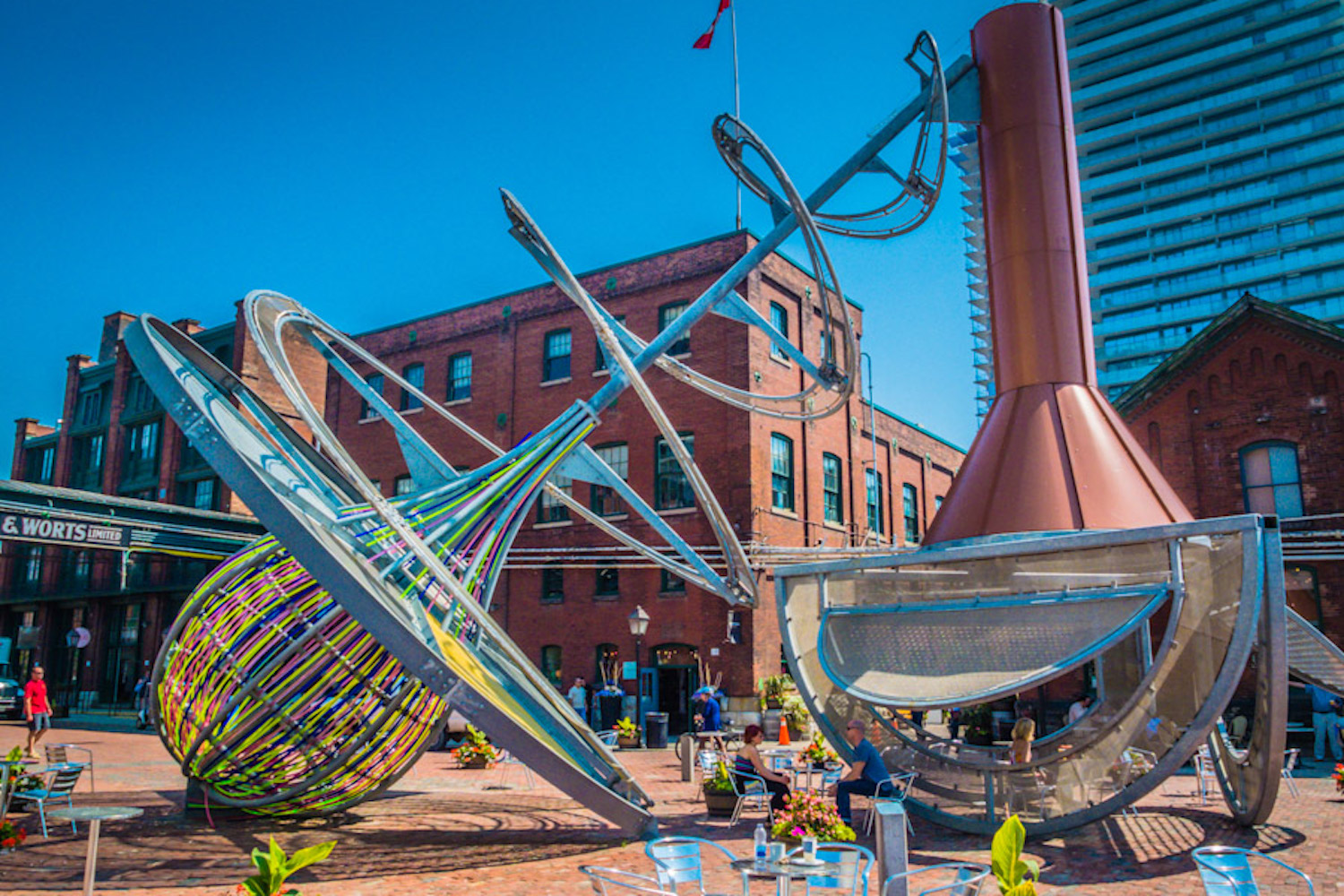 Maybe if you squint your eyes and tilt your head a bit… nah, still can’t really tell what this is supposed to be. While it’s visually confusing as heck, there’s actually some meaning behind this one! It’s built to represent the distilling process, which is why it’s smack dab in the middle of the Distillery District.

Where: Trinity St, The Distillery District

Ah, public art in Toronto. Love it? Hate it? We get it. As long as you aren’t hating on the bronze cows. Those are cute as heck. 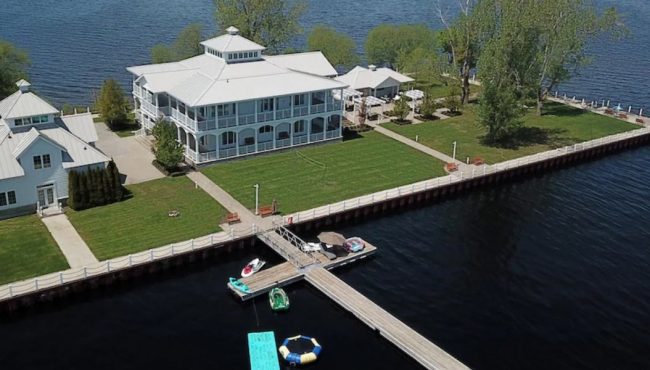 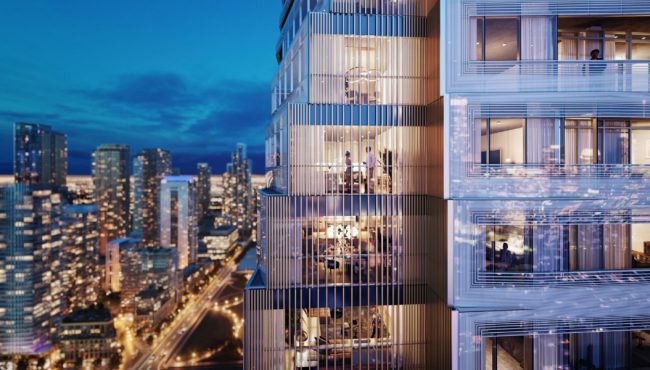 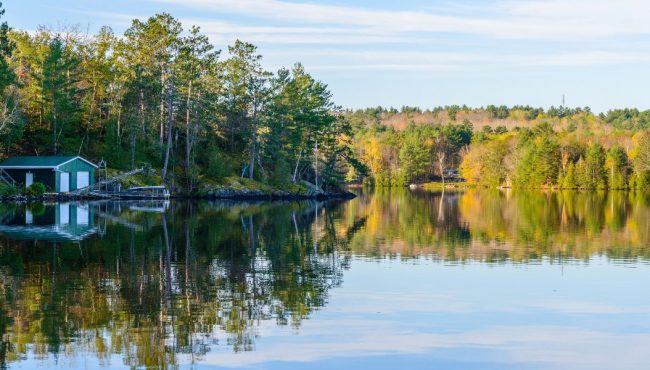 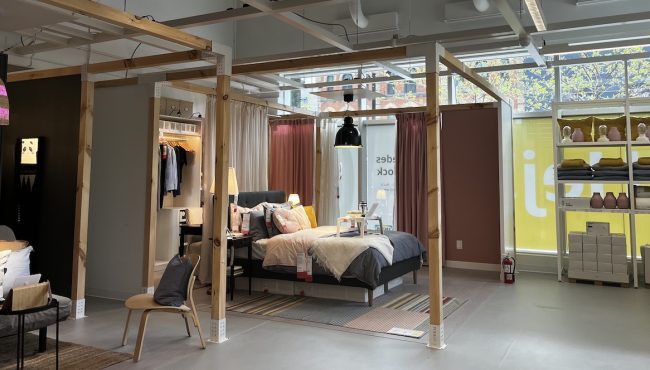