Guide: 10 creepy & cool ghost towns near Toronto that you can visit

Looking for a unique day trip? Why don't you explore one of the many ghost towns near Toronto? While some of these…

Looking for a unique day trip? Why don’t you explore one of the many ghost towns near Toronto? While some of these ghost towns are more for driving through and appreciating the history from afar, others you can wander and explore at your leisure. But they’ve all got one thing in common. They’re all very interesting (and kinda spooky) abandoned spots with some pretty incredible stories.

So without further adieu, here are 10 ghost towns near Toronto that you can visit. 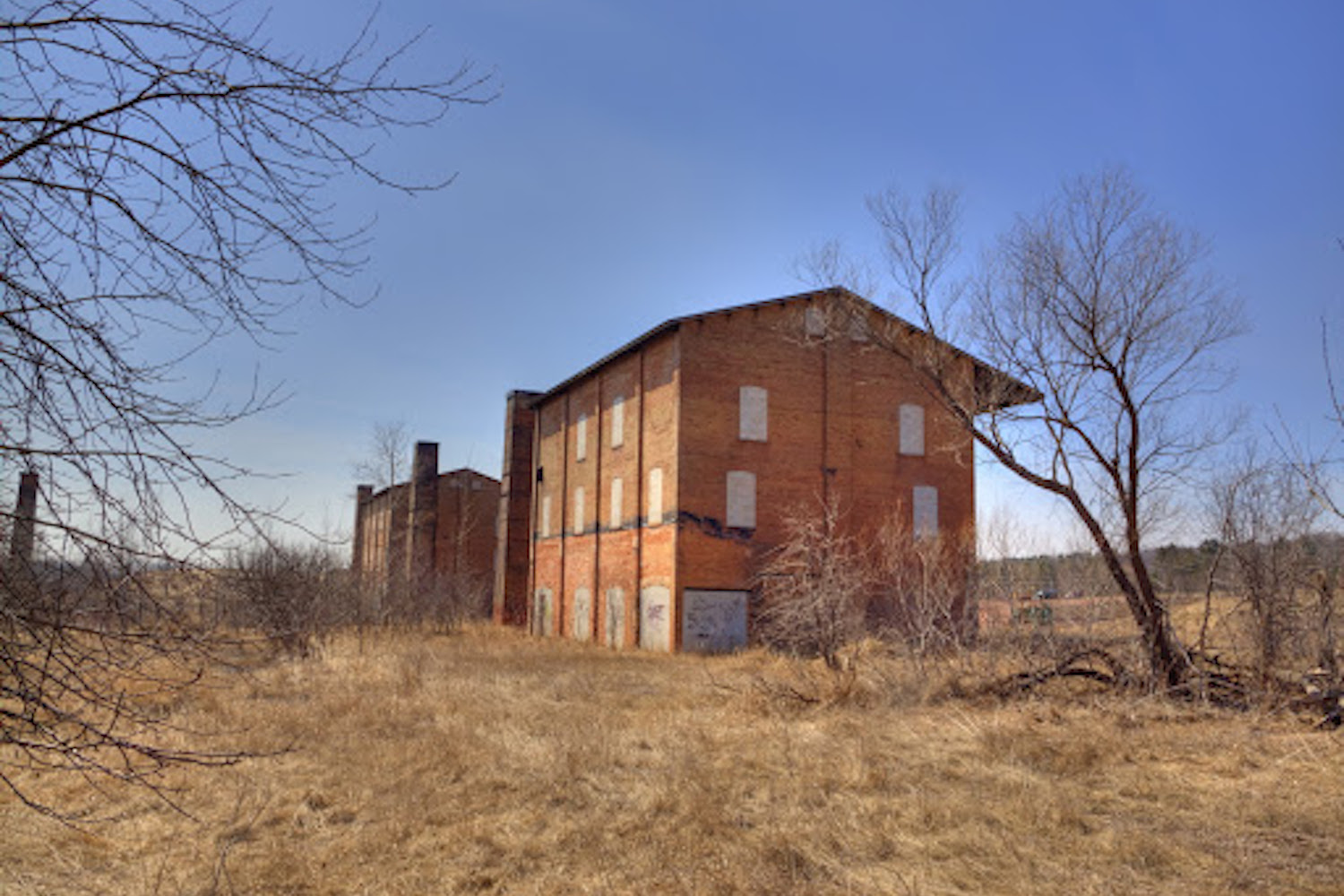 You’ve heard of Evergreen Brickworks. So why not check out the abandoned Cheltenham Brickworks? It’s basically the same concept only Cheltenham had its heyday way back in the early 1900s, according to Inside Caledon. And when the brickworks were shut down in the 1950s, this spot became the ghost town it is today. You can check out the remains of the area with only a 45-minute drive from the city. 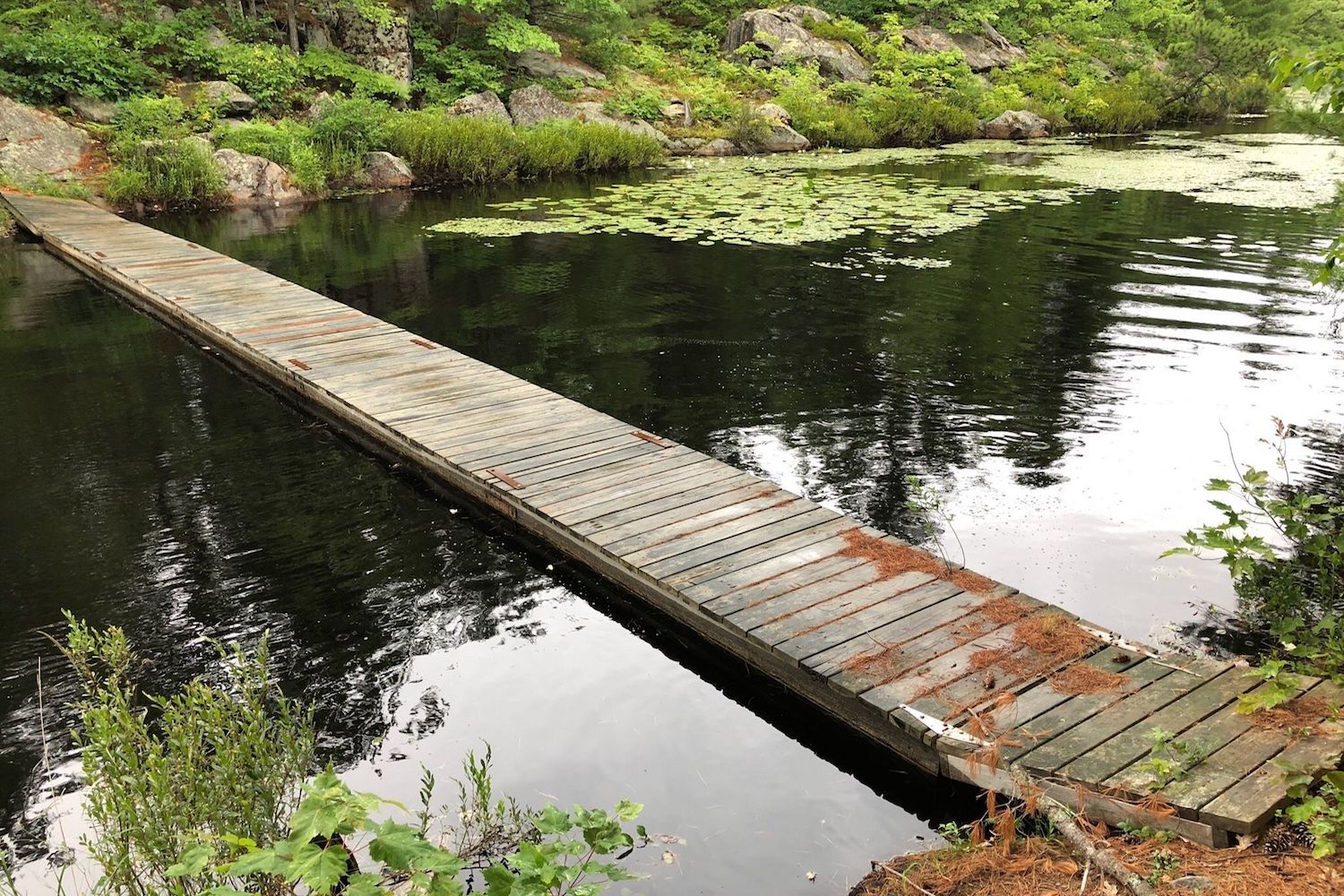 Rumour has it, the origins of this abandoned area come from a star-crossed love affair between the local butcher and a wealthy upper-class lady. Thomas and Emma Cooper were the newlyweds that established the area in the 1870s, says the blog Ontario Abandoned Places. For a while there, it looked like the area could become a busy, bustling township. However, history has proved that not to be the case. And today only a handful of people remain in the area. You can visit the rural community or take a trip through the nearby Cooper Falls Trail, which is a scenic 8-km hike. 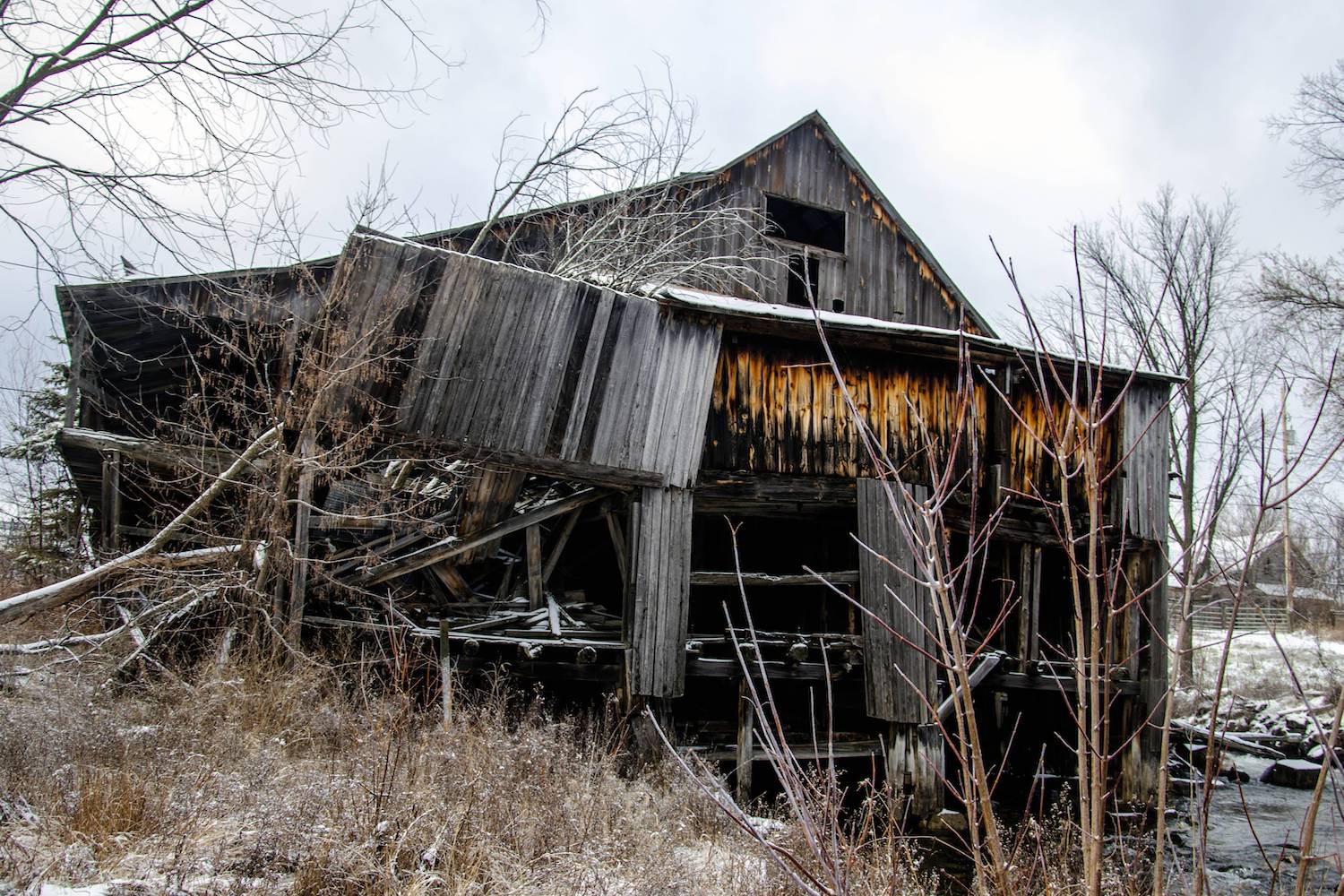 This ghost town feels just like stepping into a spooky Stephen King novel. A lot of this area is private property, so if you decide to go exploring do it as a drive-thru, and please don’t trespass in any of the buildings. Back in the 1850s, Balaclava was centred around a sawmill that provided a ton of lumber to the surrounding areas. But when that got shut down, the entire town slowly was abandoned. Today it’s got a super creepy haunted feel. 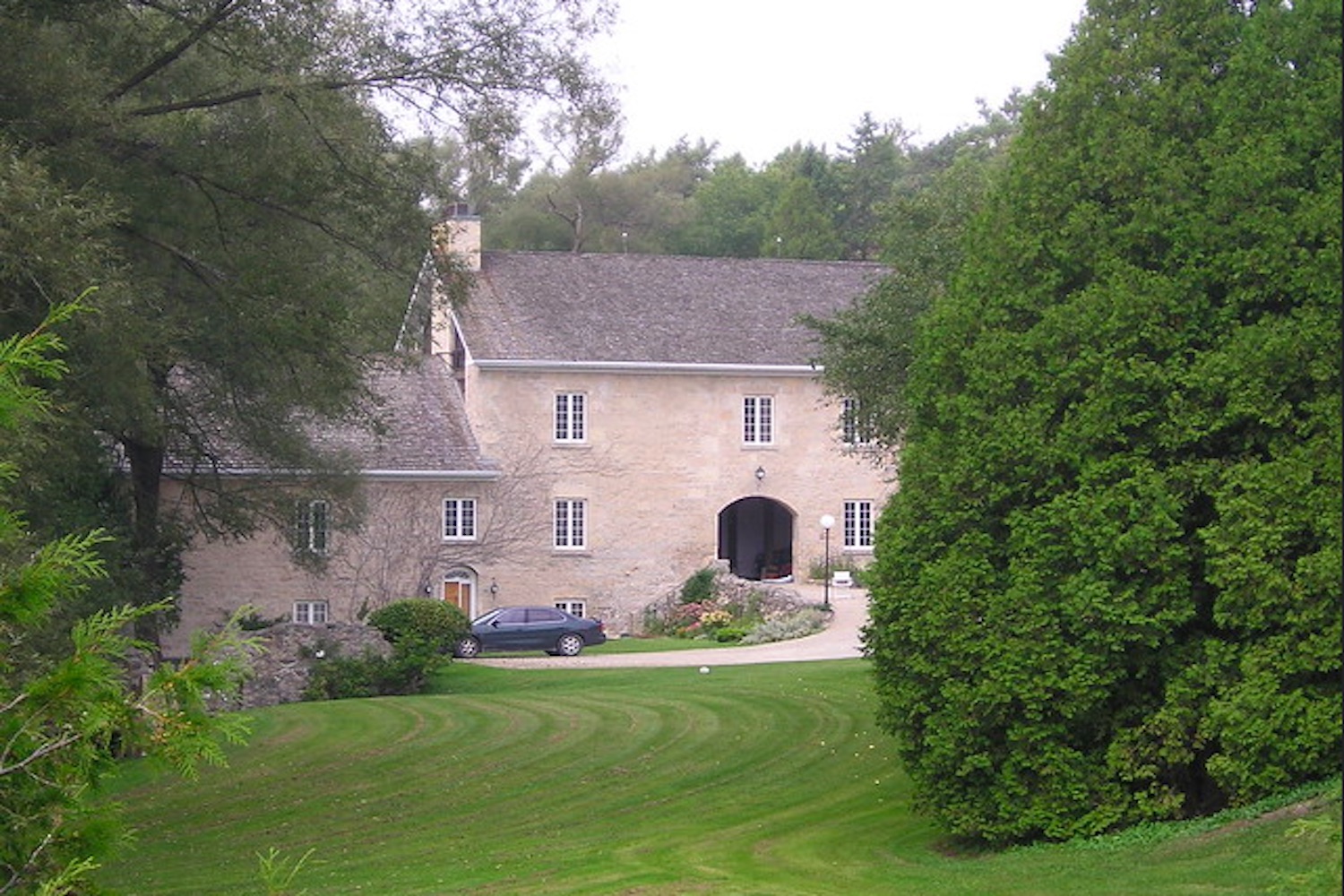 This township was once a mill town named after the Armstrong family that lived there in 1822. Although it still retains its name, it’s lost a lot of its original glory. When the mill was first opened, it had a boom of initial success. But that success was short-lived and the area pretty much went out of business in the 1950s. But the restored mill still stands today. And now the area is known to visitors for its nearby golf courses. 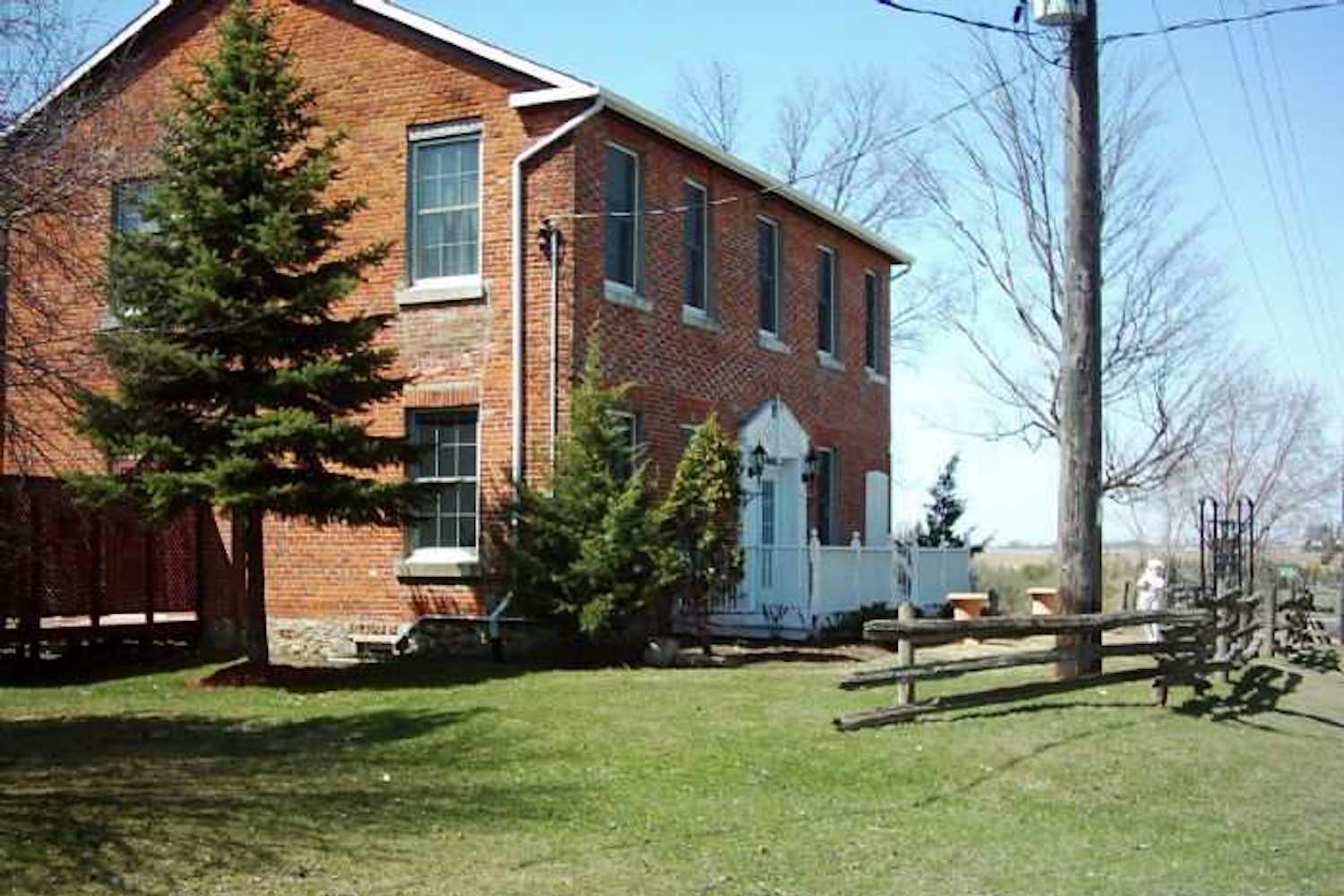 And nearby Armstrong Mills, you’ll find Ponsonby, Ontario. This tiny ghost town was established in 1840 and originally went by the name Thorpville. The area was once thriving with a hotel, a general store, a blacksmith, a wagon shop, and a post office. But widening roads eventually caused the demise of the town. Today small pieces still remain, but most have been turned into private property. So to avoid trespassing, this spot is definitely a drive-thru and admire from afar type of visit. 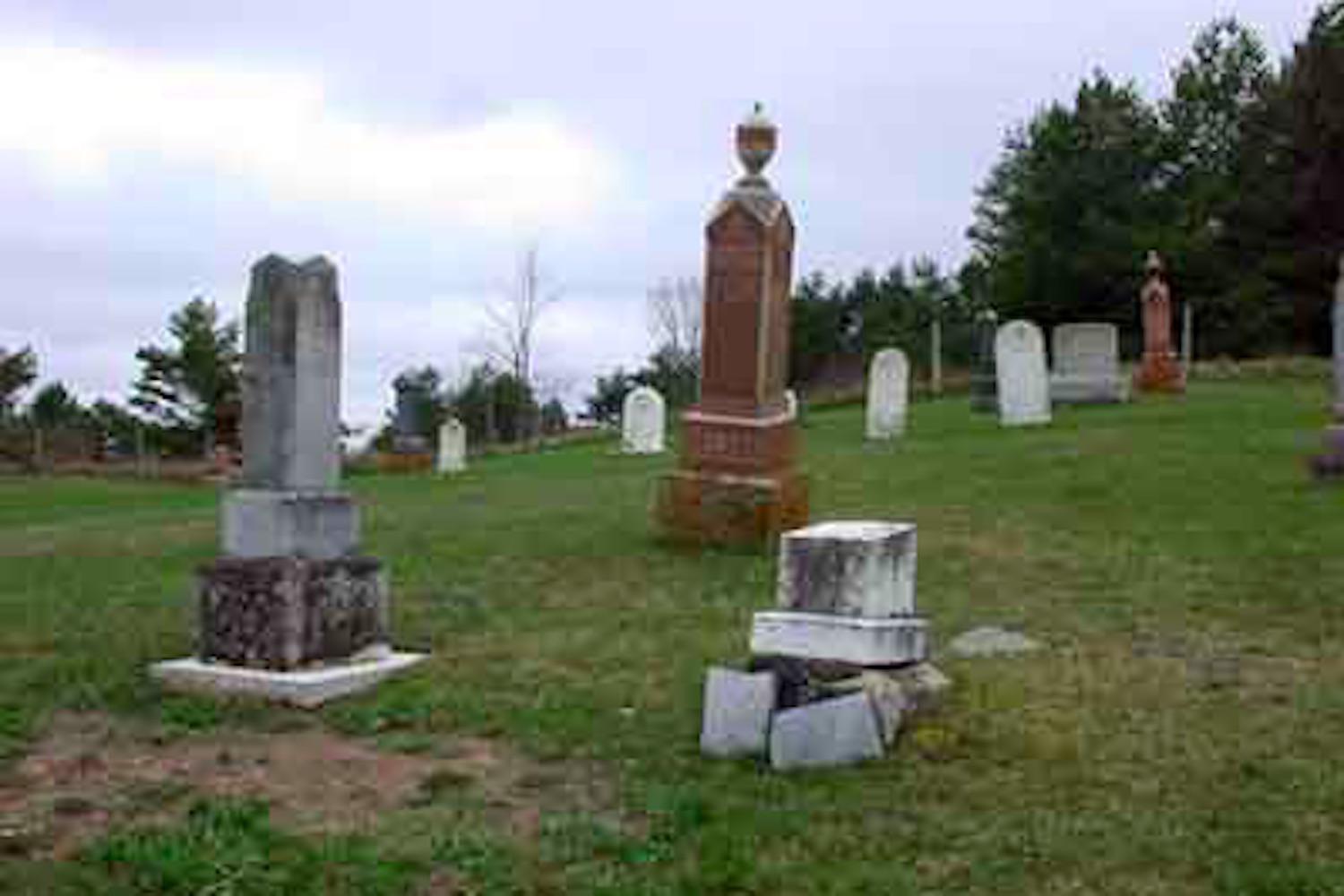 No, this spot is not named after a hair perm. Although that would be funny, wouldn’t it? This small town was settled in the 1830s. And it actually never really had a big heyday. It was quaint and quiet from the beginning. However, a lot of the original area has since been demolished. The church was destroyed in 1925 and their main school burned in a fire. Oof. Now the township pretty much just has some private residences and a cemetery. It’s definitely very haunting to talk a stroll down this town’s sidewalks. 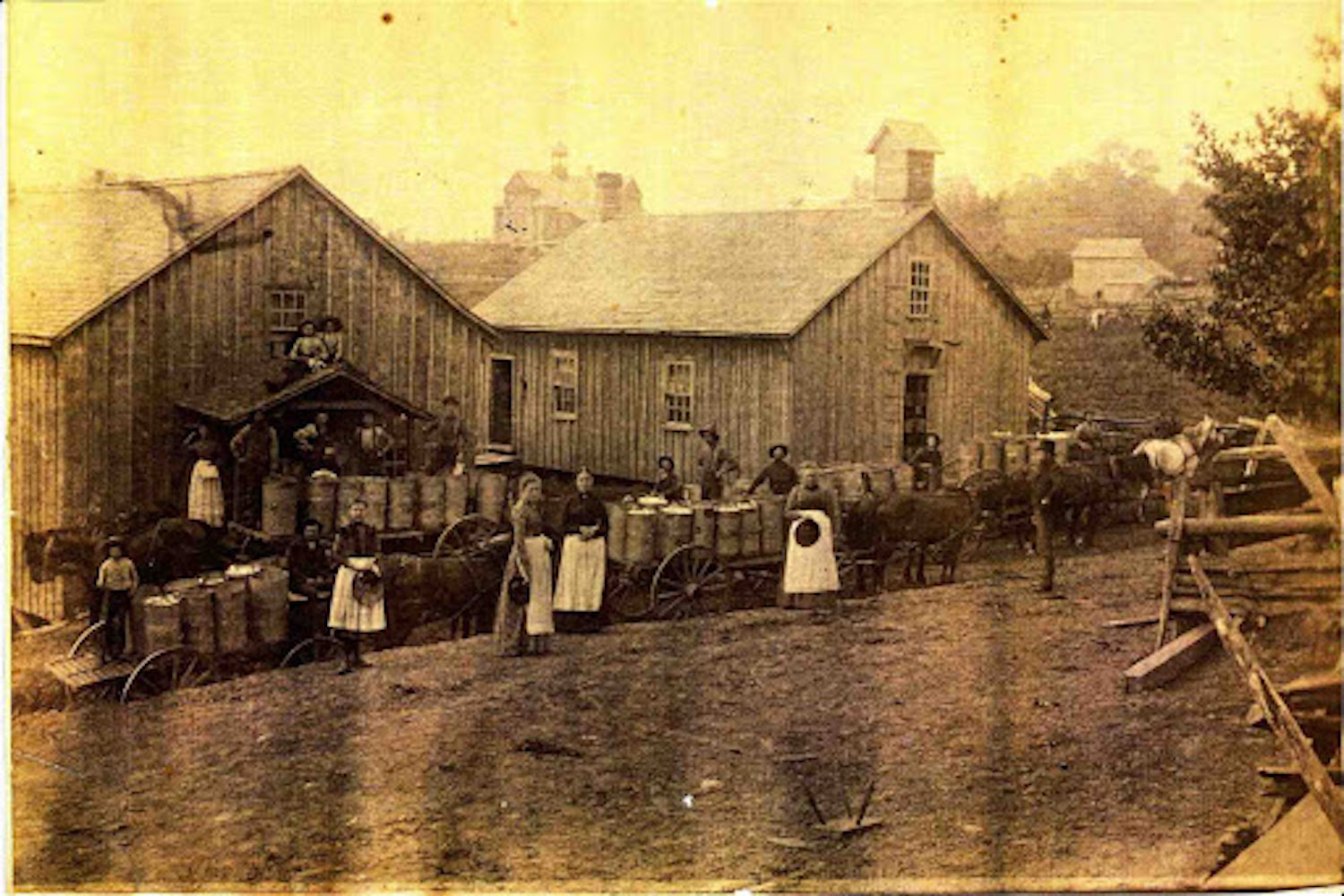 It’s another town with a funny name! Only this time the name actually does refer to what this community was all about. In its heyday in the late 1800s, Cheeseville was home to a bustling cheese factory. They also had a sawmill and a brick factory. So there was plenty going on here. But today, they’re just a regular old farming town. There’s not much info out there on why the cheese factory is not still running. Perhaps its seasonal operations weren’t enough to keep it afloat. Or maybe road development in the area. Either way, all the stands now is a sign commemorating the history and some farms and century homes. 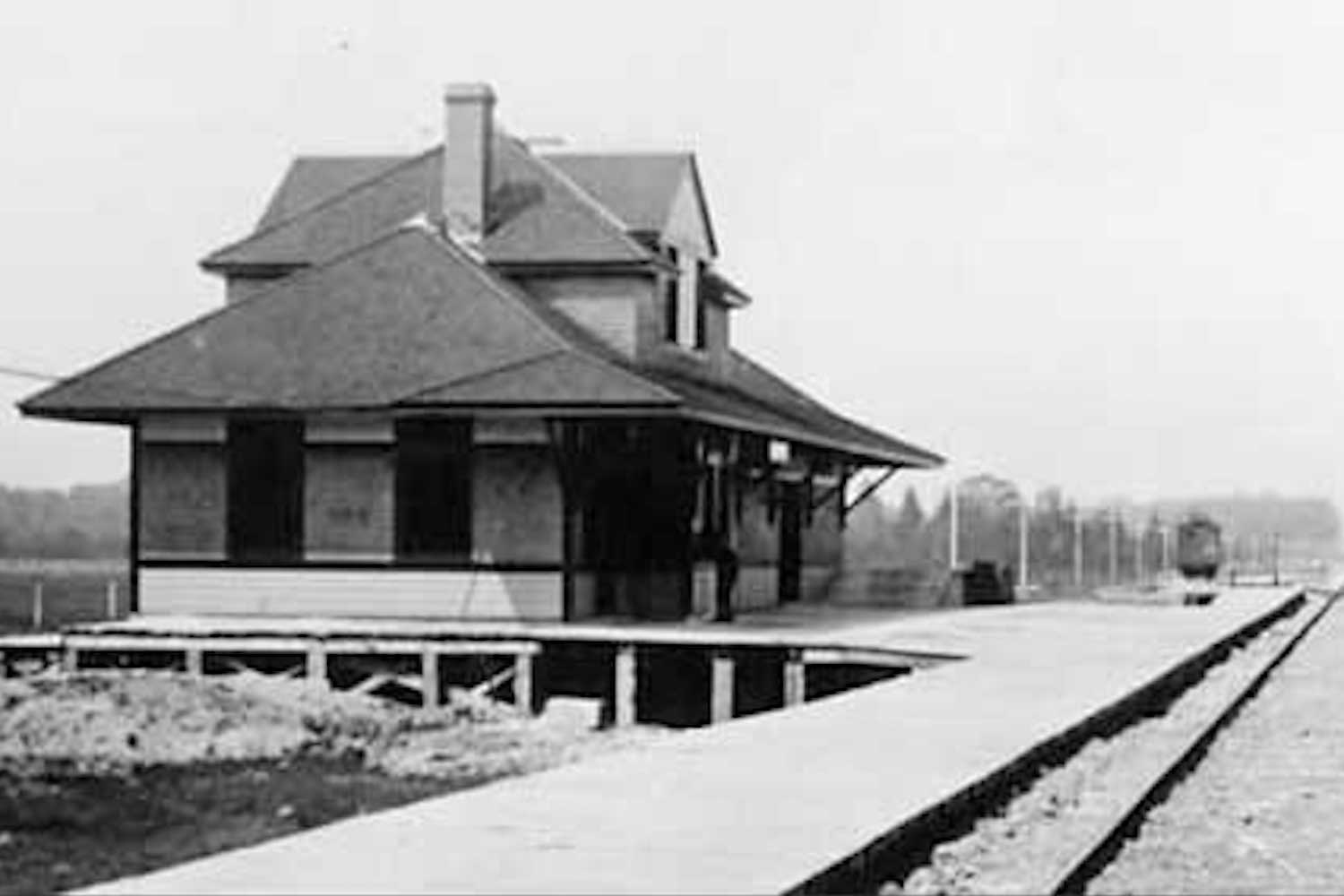 This is the spot to explore if you want to check out an abandoned railway town. Grafton Station was established in 1904 because of the Canadian Northern Railway. They had multiple canning factories that brought in a lot of the area’s income. But sadly, that all only lasted a few decades. Because by the late 1900s, the town was almost entirely reduced to rubble. Today, only a few remnants of the factories remain. And rumour has it that the town is slowly working on rebuilding itself. 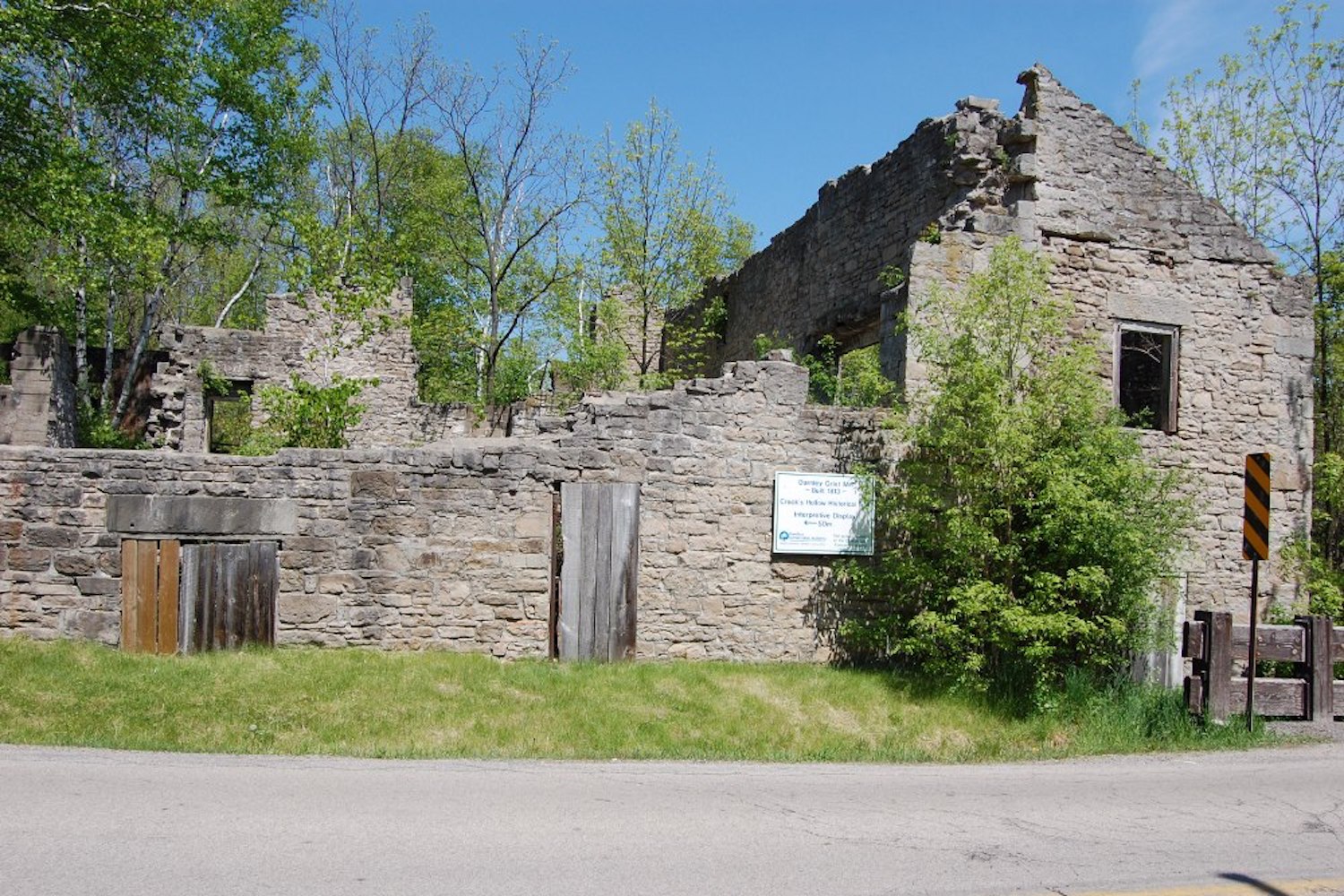 This spot was an early settlement area centered around a mill in the 1800s. It gets its name from James Crooks, who was the savvy businessman of the 1820s who brought most of the business to the area. He was responsible for building five mills, a tannery, a distillery, two factories, a general store, an inn, and a ton of homes for the residents of the community. And although Crooks’ Hollow did not retain its original glory of a booming business township, today it is part of a conservation area just outside of Hamilton. Folks are welcome to take a walk through the preserved nature and crumbling ruins of the area. 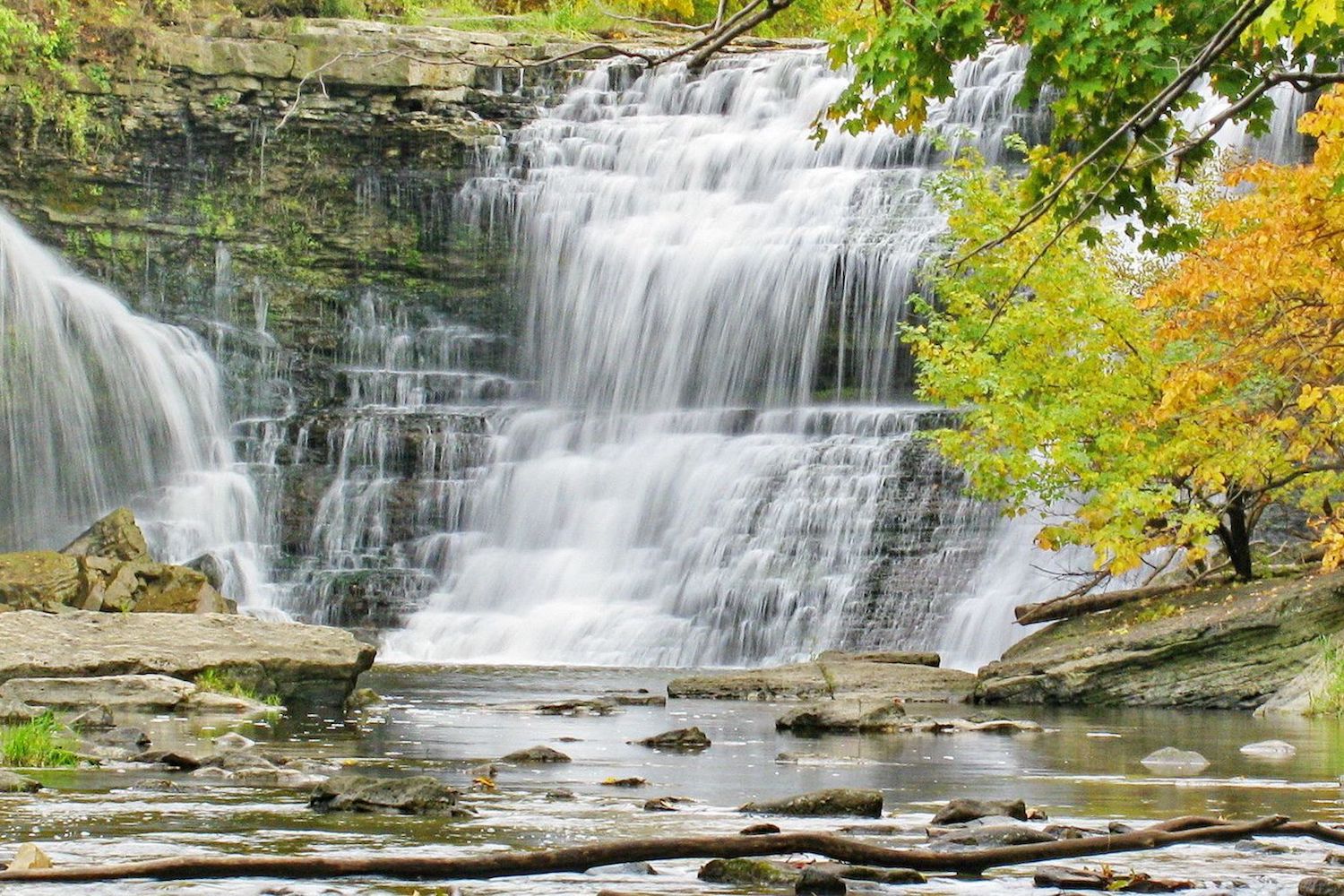 The ghost town of Ball’s Falls is also now part of a conservation area and is known for its beautiful hikes and waterfalls. But once upon a time, Ball’s Falls was a mere 1200 acres of land that was awarded to John and George Ball by the British government for their loyalty during the war. They quickly built a sawmill and a woolen mill in the area that used to provide the town with most of its business. Today, tourism is its hot ticket, with many people hoping to explore these gorgeous grounds. Okay, you can stop snickering at the name now…