17 amazing waterfalls you can explore near Seattle this summer

Contrary to what TLC has to say, you definitely should go chasing waterfalls in Washington.

Spring is in full swing and summer is just around the corner. With the weather this beautiful, everyone should get a taste of the wild and wonderful PNW. And one thing that we’re pretty dang lucky to have here in Washington and close to Seattle is an abundance of waterfalls. If you haven’t hit up these beauties before, there’s no time like the present!

Here are 17 amazing waterfalls you can explore near Seattle this summer. 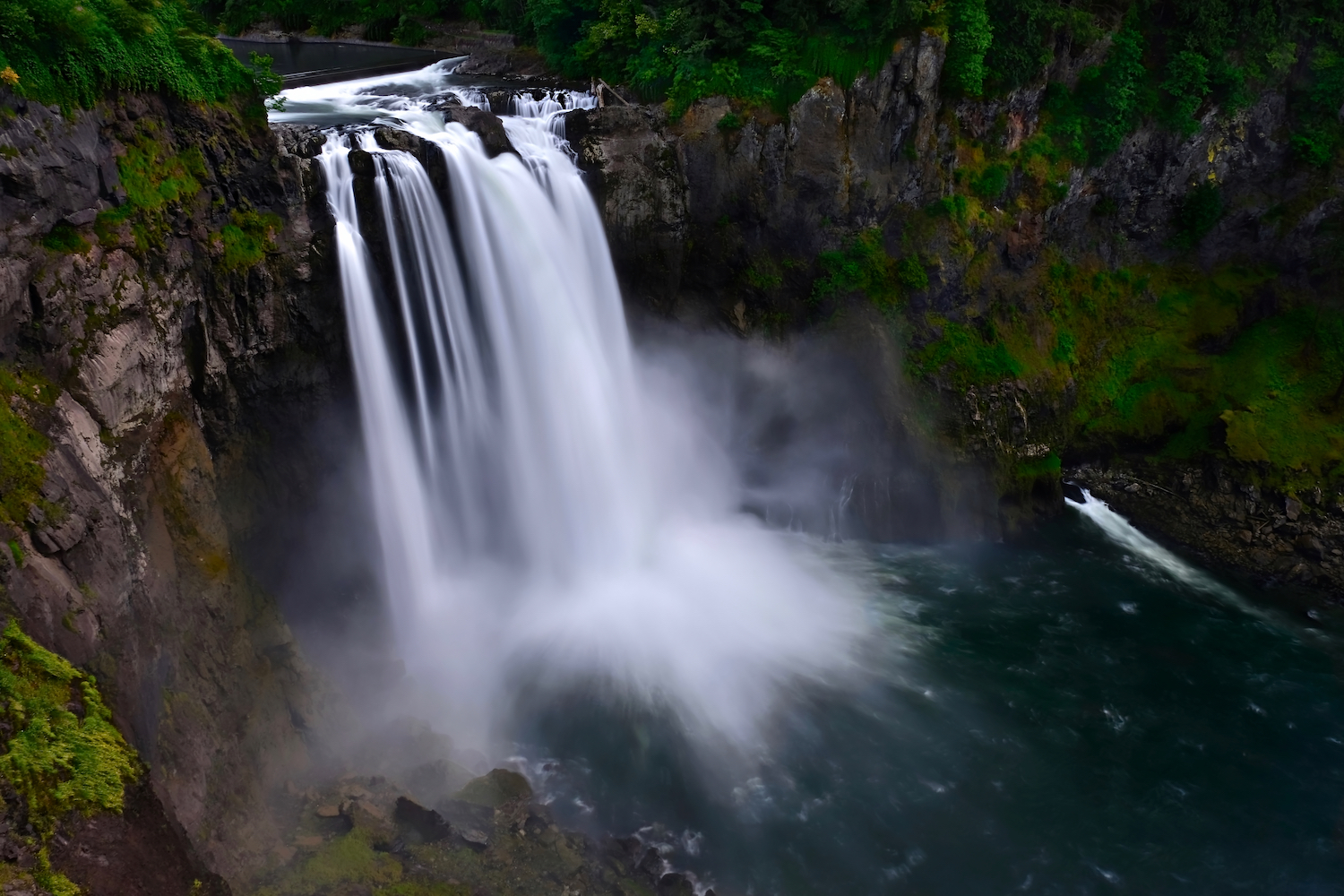 Photo via ShutterstockIt’s an oldie but a goodie. This waterfall is classic and well known to most Seattlites considering that it is one of the closest major waterfalls to Seattle. Whether you know it from being an avid Twin Peaks fan or from the resort at the lodge it’s well worth a visit. And if you go, we highly recommend hiking down to the base. 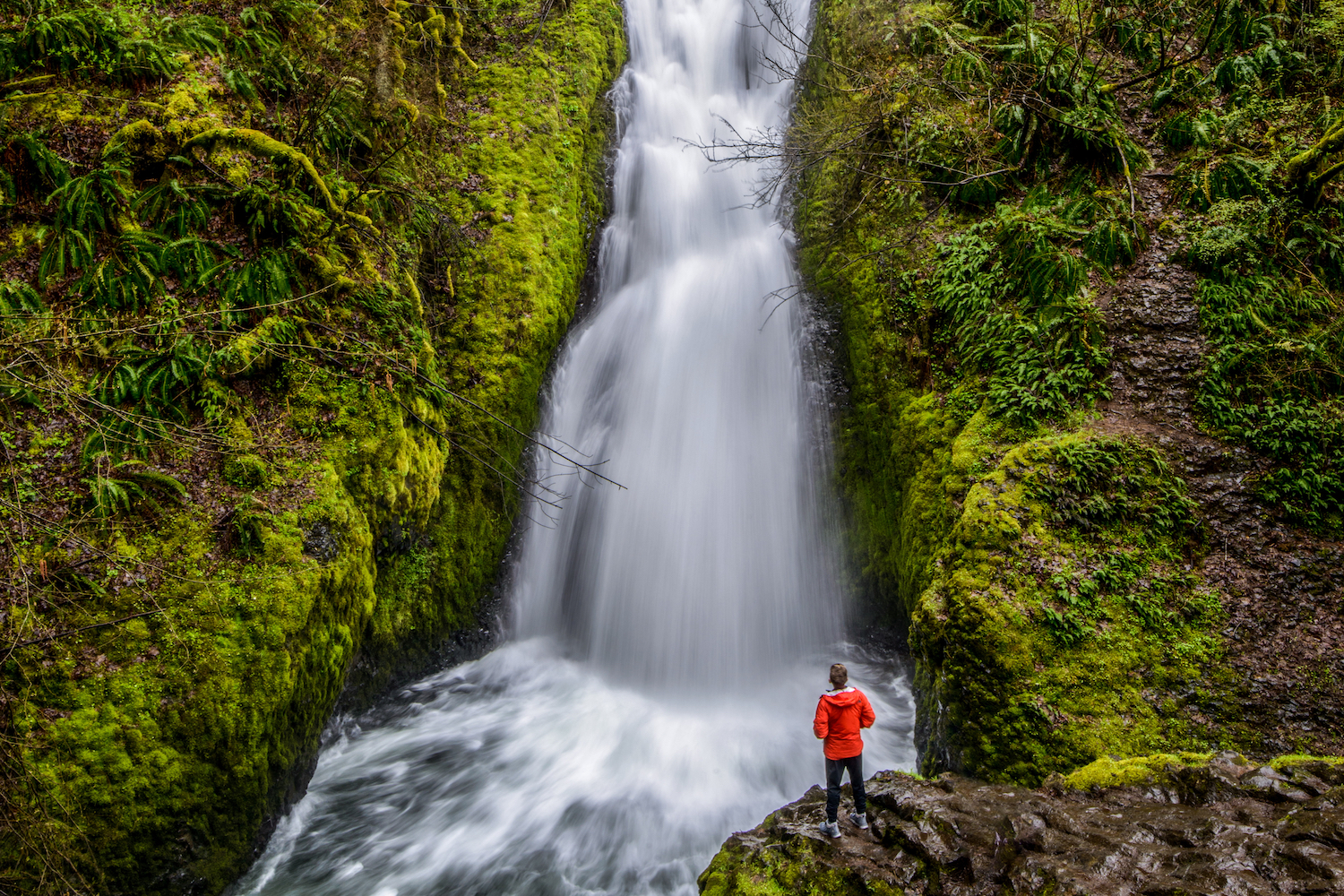 As you may have guessed by the name, this scenic waterfall is reminiscent of a bride’s veil. And this waterfall cascades down a 100 ft cliff so we can almost guarantee you’ll be pretty dang blown away. Plus the 4-mile hike is pretty nice as well.

We can’t even call this one a hike because it’s a 200-yard walk to the beautiful horsetail falls that are Rocky Brook. The reason why we’re throwing this one in is because you can swim at the bottom. So take a dip after that arduous walk! 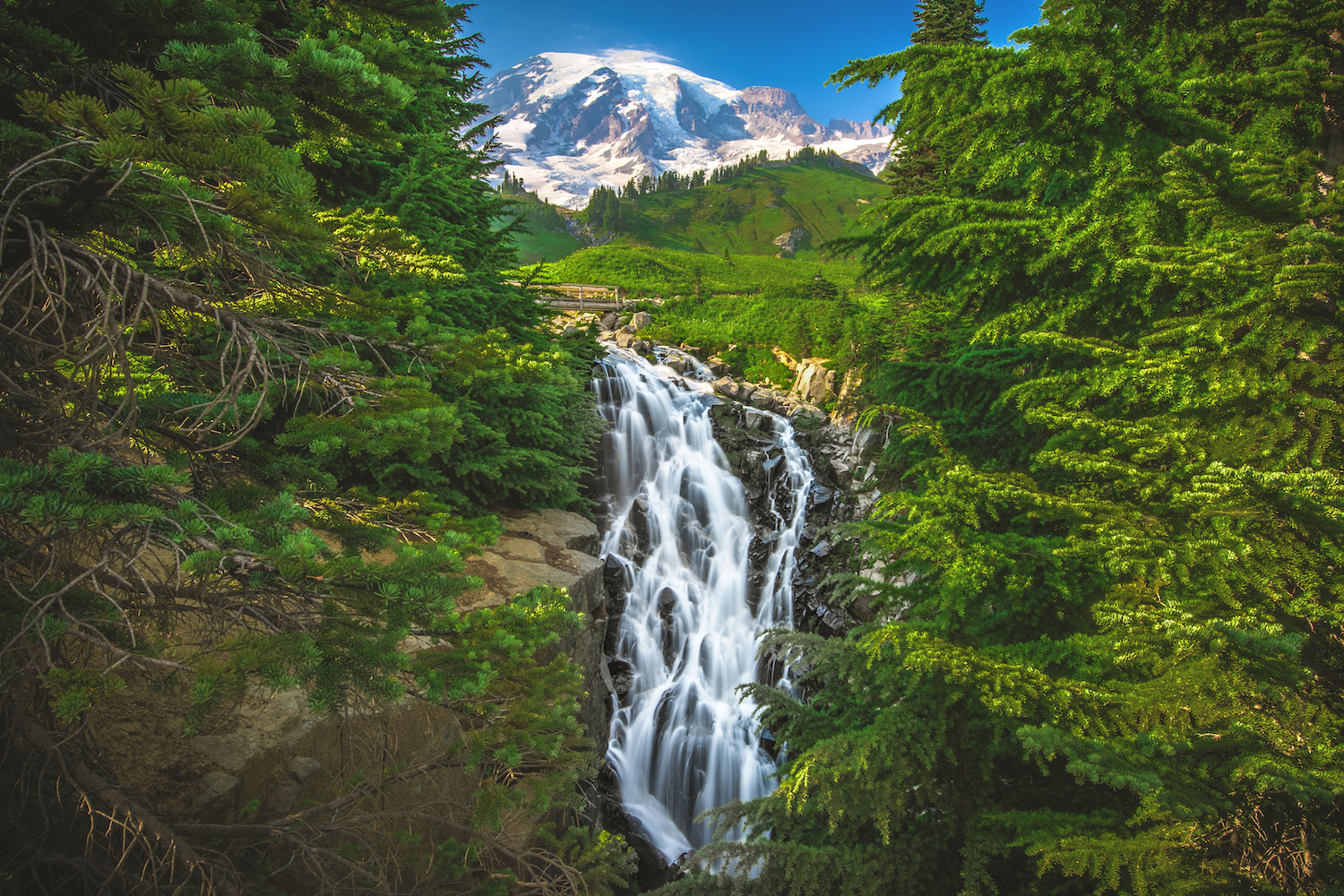 If you want the most bang for your travel, heading to Mount Rainier is a great spot to see waterfalls. The park is full of them and Myrtle Falls is easily accessible while still being extremely beautiful. So this one is a must if you’re already planning on heading to the park. 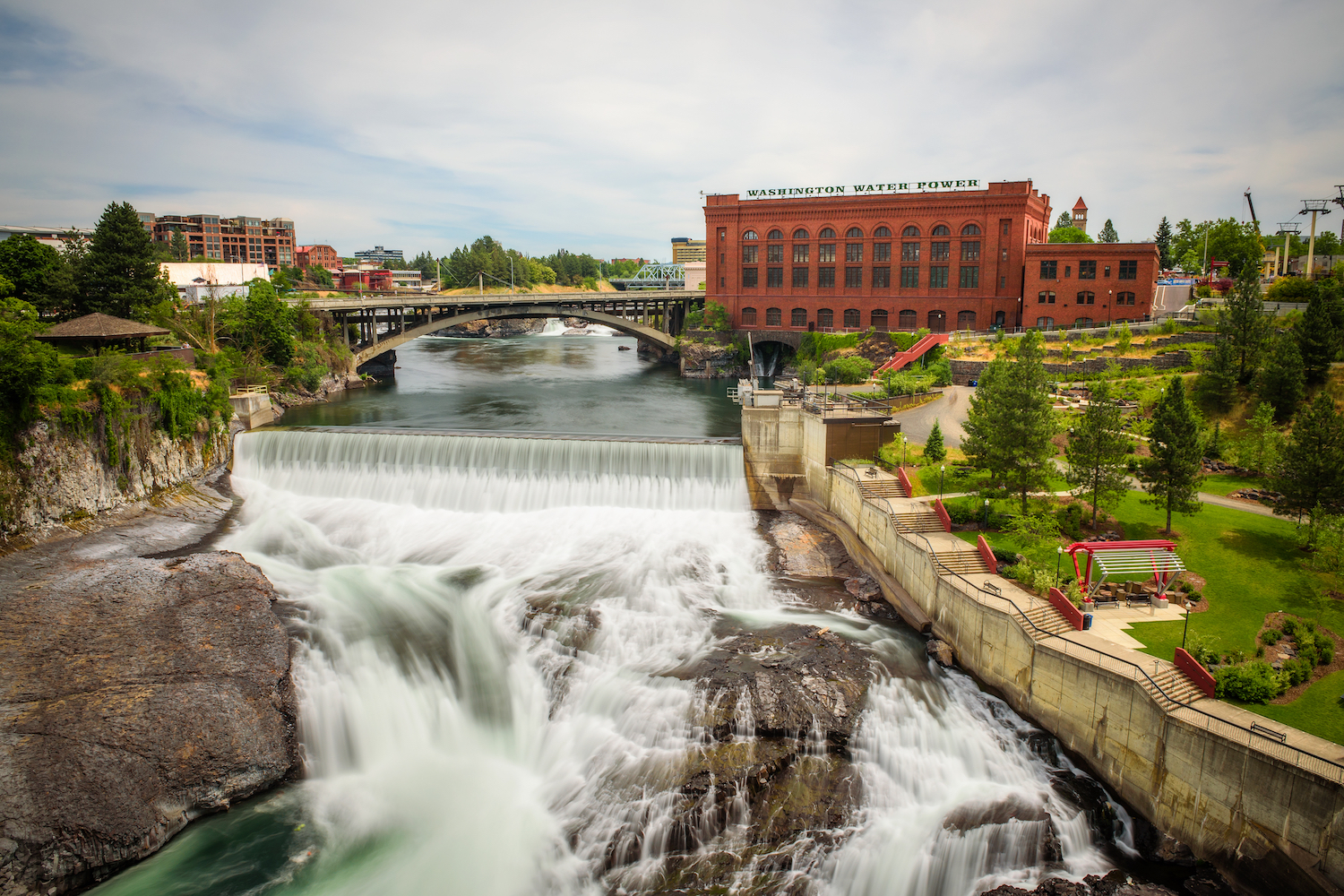 It’s not often that you’re able to see a massive waterfall in the middle of an urban center. Spokane Falls offers you just that and some awesome ways to view it. You can check out the SkyRide which takes you across the lower falls or the pedestrian bridges that give you a glimpse of the upper falls.

If you want a moderately challenging hike and falls to swim in, head to Lewis River Falls. The hiking area will give you everything and more you could want in a waterfall adventure. You can also bring your pup as long as you keep it on a leash. 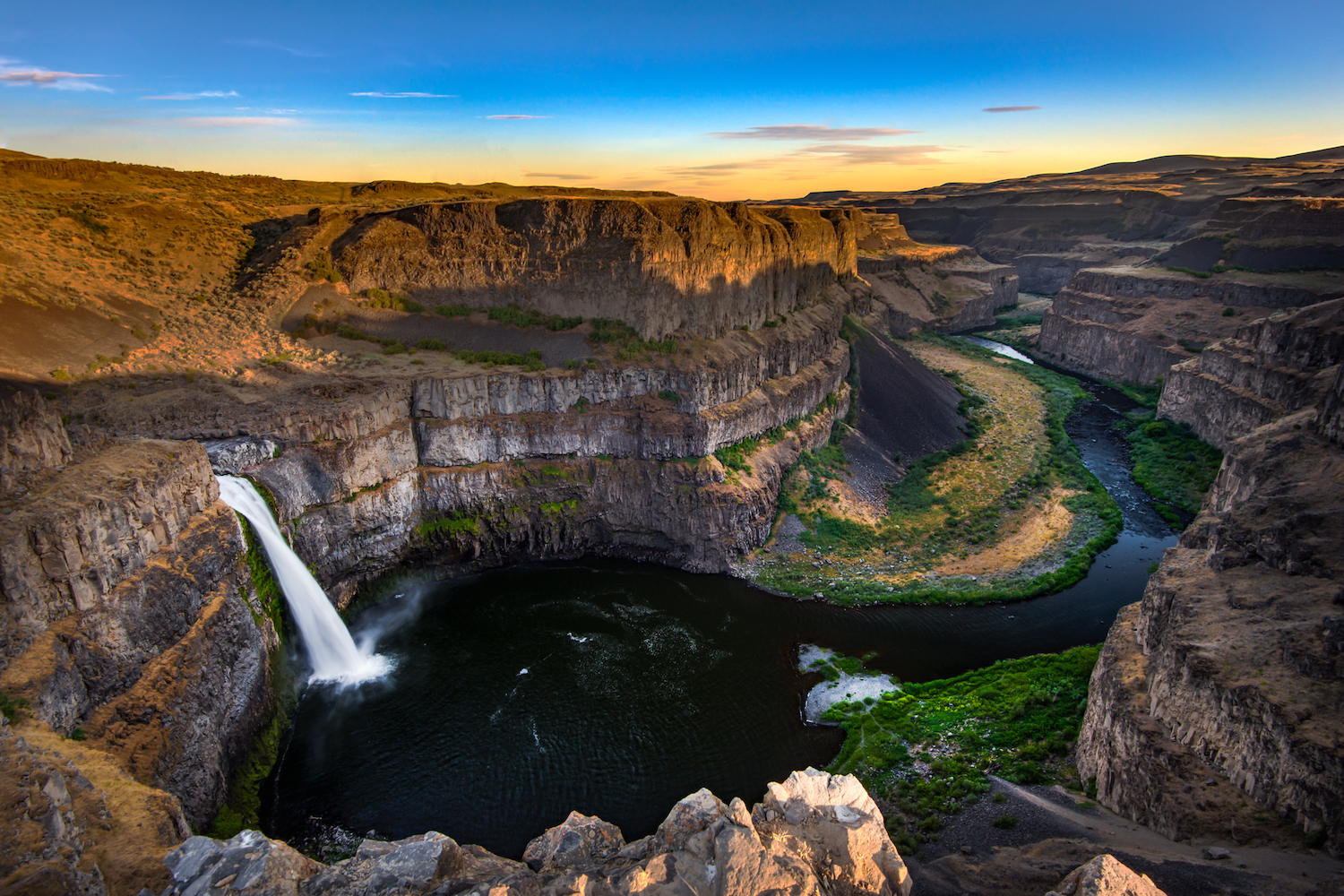 This one is probably one of the more unique waterfalls our state has to offer. Because unlike the others it’s not located in one of our pristine forests. Instead, Palouse Falls is hidden over on the Eastern side of the state. And while it’s a trek to get there it’s absolutely worth it. 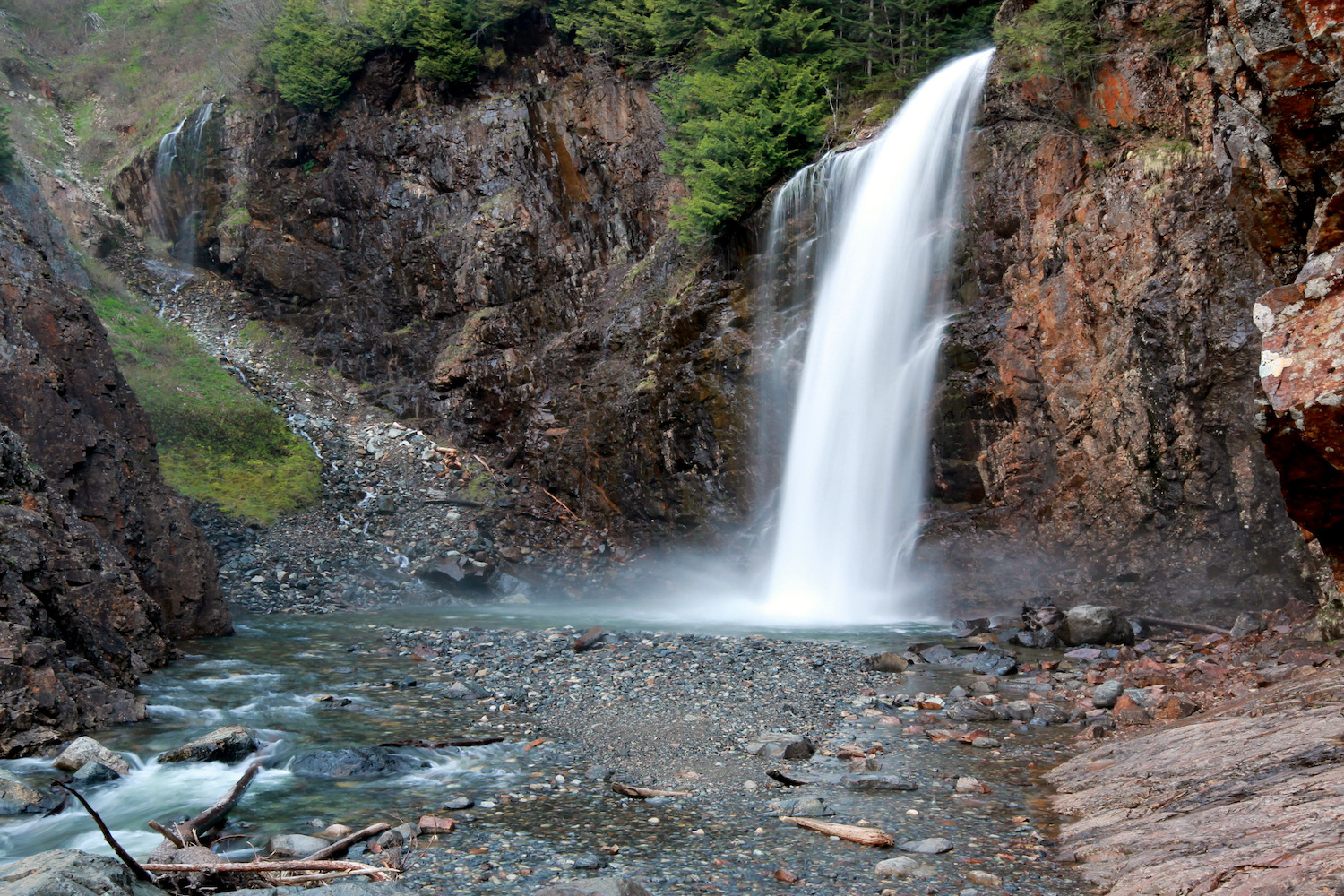 If you want to be impressed and be able to take a dip then consider heading to Franklin Falls. There’s no need to go far for waterfalls around Seattle. This impressive waterfall is located just an hour outside of the city. And while it’s a very popular spot it’s absolutely worth visiting.

Recent Posts:
15 unique day trips you can take near Seattle
These are Airbnb’s most wish-listed unique stays in Washington state

Real creative name, we know. But hey it is a beautiful waterfall worth visiting! It’s actually one of southern Washington’s highest waterfalls at 335-feet and throughout your hike, you’ll climb 750 feet in elevation. Check it out! 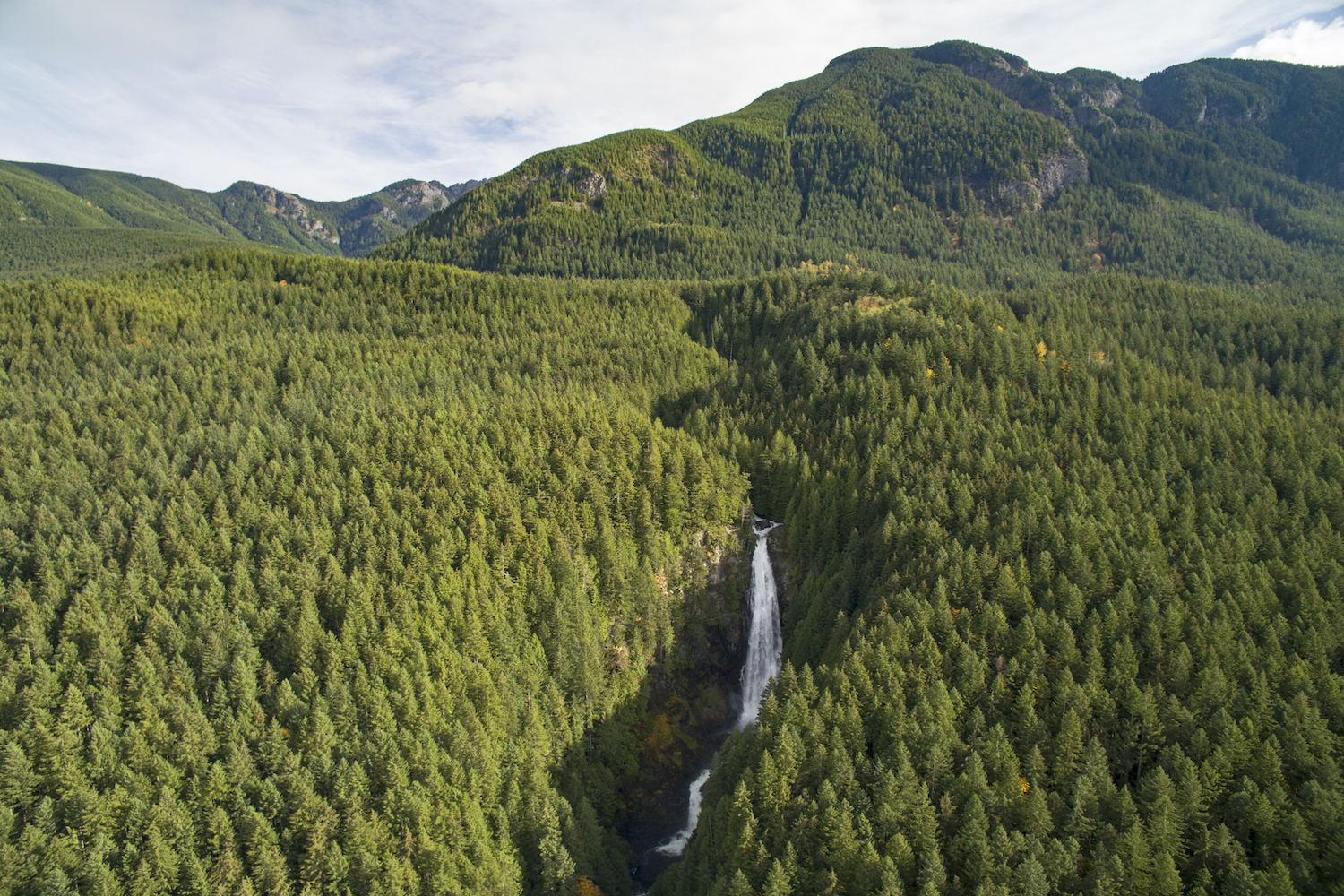 This one is always a crowd-pleaser. So if you want something relatively easy and with a reward at the end then be sure to check out Wallace Falls. You can also see views of the valley and the Olympic Mountains. And it doesn’t get much better than that. 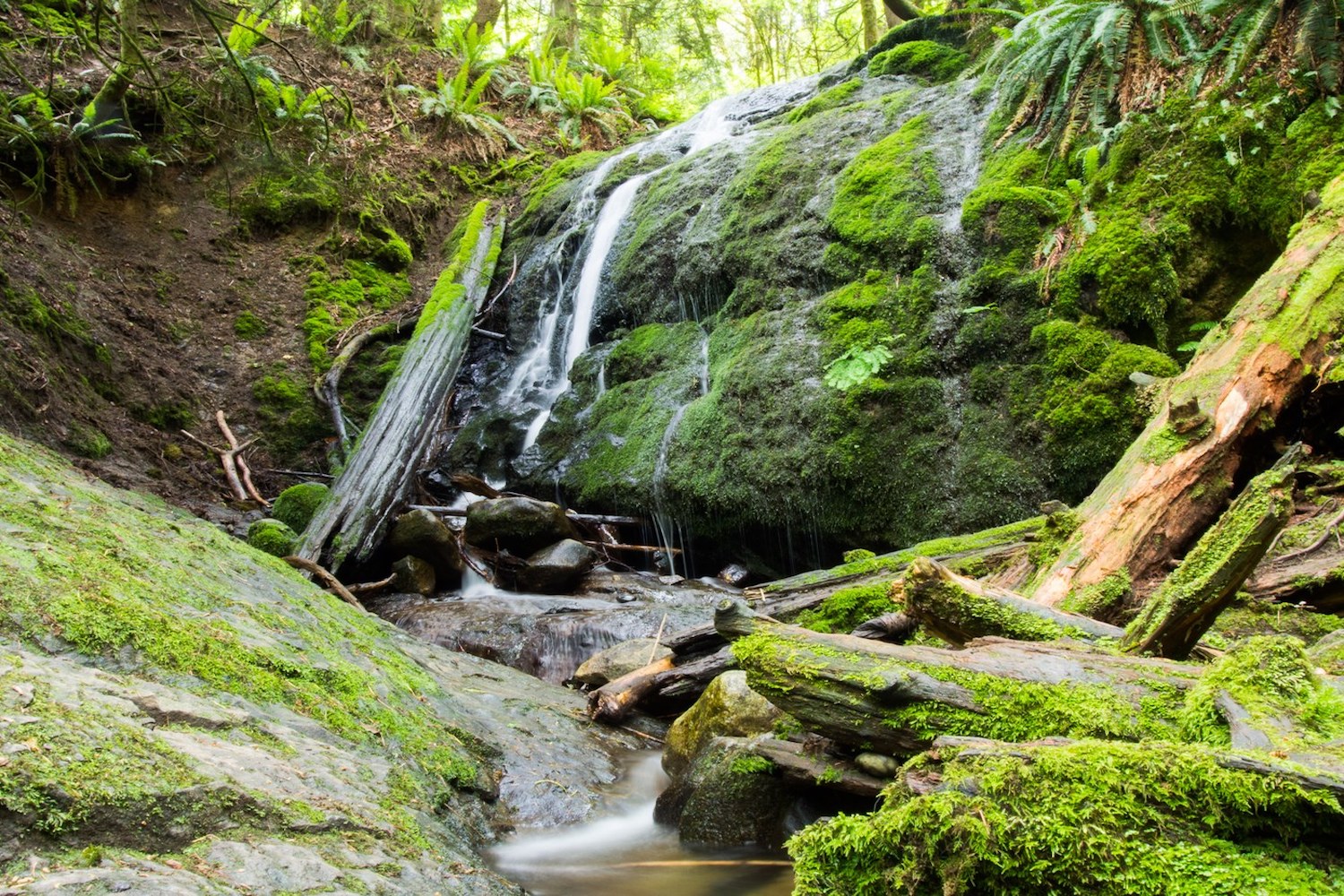 If you want to see multiple waterfalls, Cougar Mountain is another great place to consider going. But we’re big fans of Coal Creek as it’s a nice 2.5-mile hike with a beautiful forest waterfall. And it might not be as grandiose as others on the list but it is equally special.

The hike to this falls is short but boy oh boy is it steep. Don’t let the distance fool you but if you’re in for a short challenge this might just be worth it. Hopefully, you can catch some spray from the falls after. 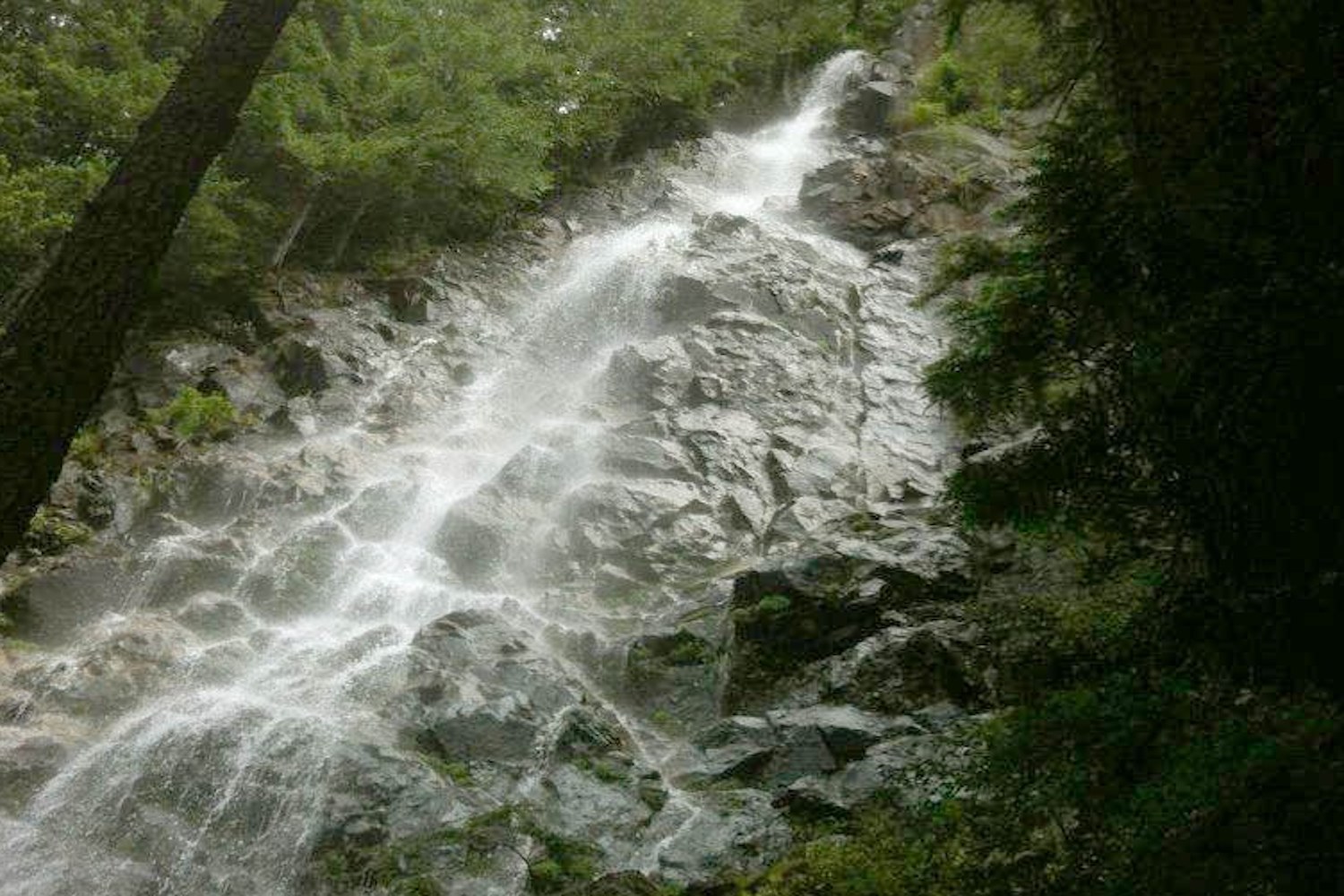 If you happen to be heading towards Mount Si for blueberry picking then you need to stop by Teneriffe falls. This waterfall is at the end of a relatively easy but rocky hike. And has a beautiful fan formation that will look very nice on your Instagram. 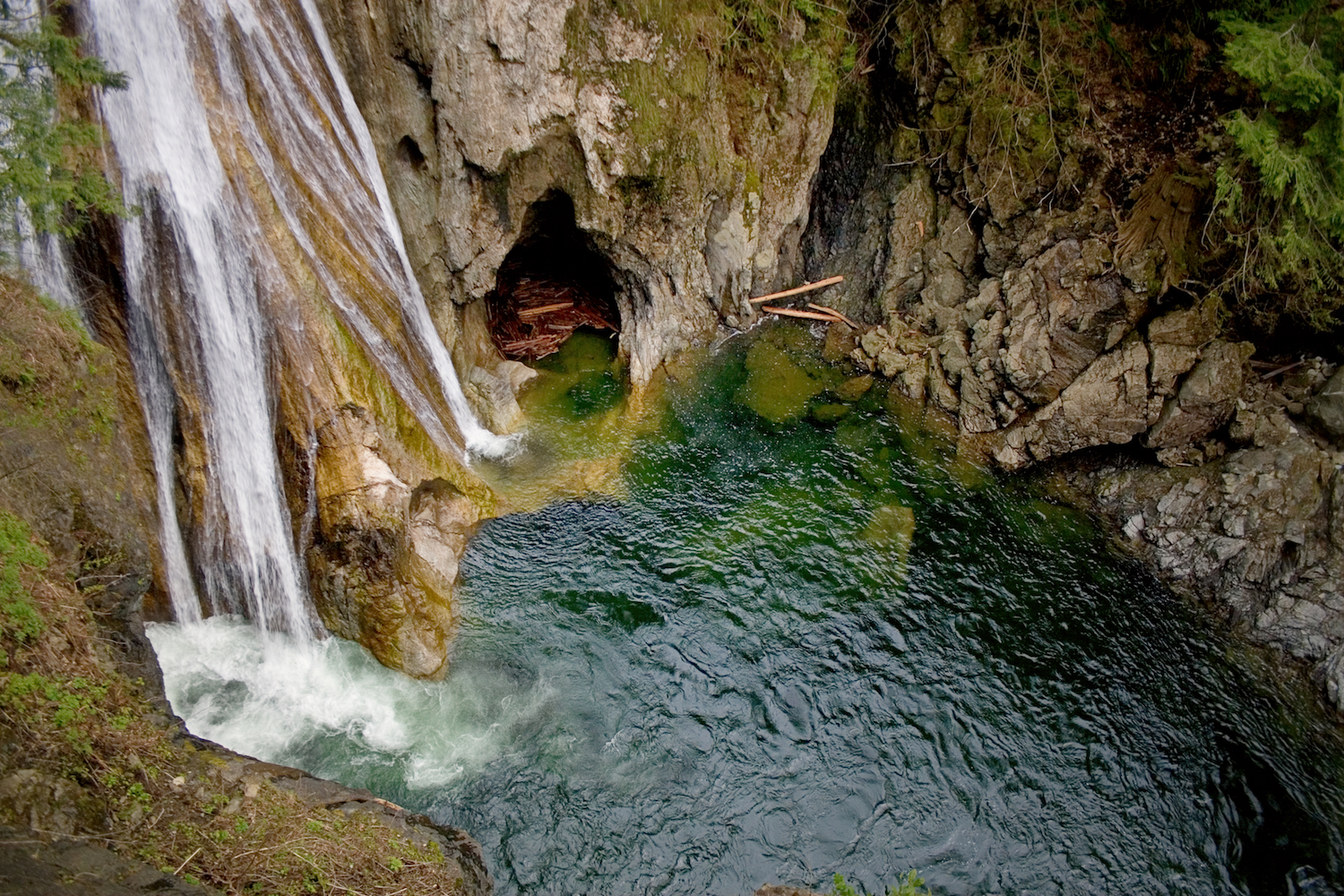 As the name suggests, this waterfall splits off in a unique way making it appear to be two waterfalls. And while this is a popular waterfall it’s for a good reason. You can explore the pools below and there’s lots of hiking to be done in the area. 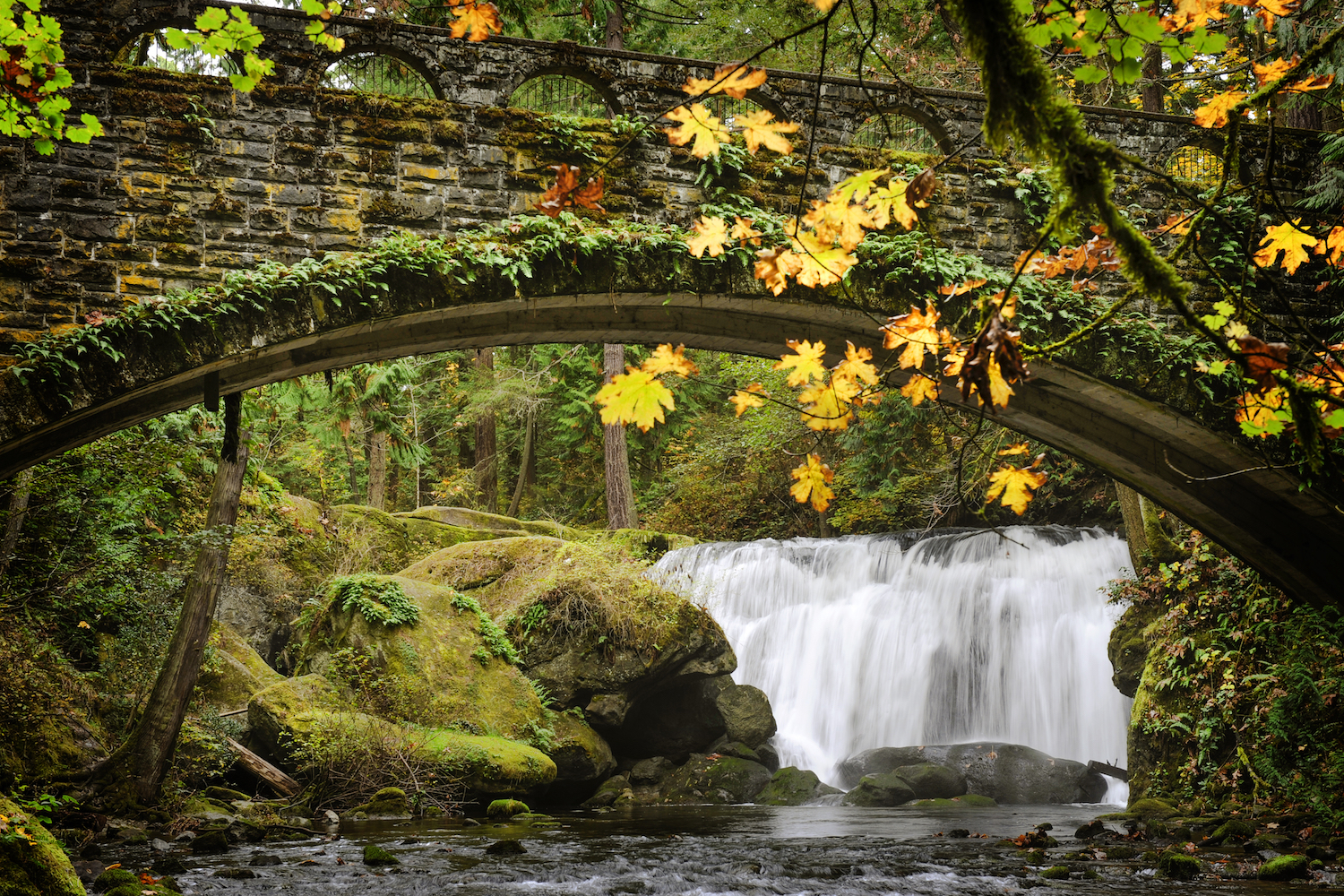 If you’re driving up north then you absolutely have to check out Whatcom Falls. This waterfall is easily accessible but worth taking the extra time to actually see. You can enjoy not only the falls but also a stone bridge, built in the late 1930s by a WPA crew. 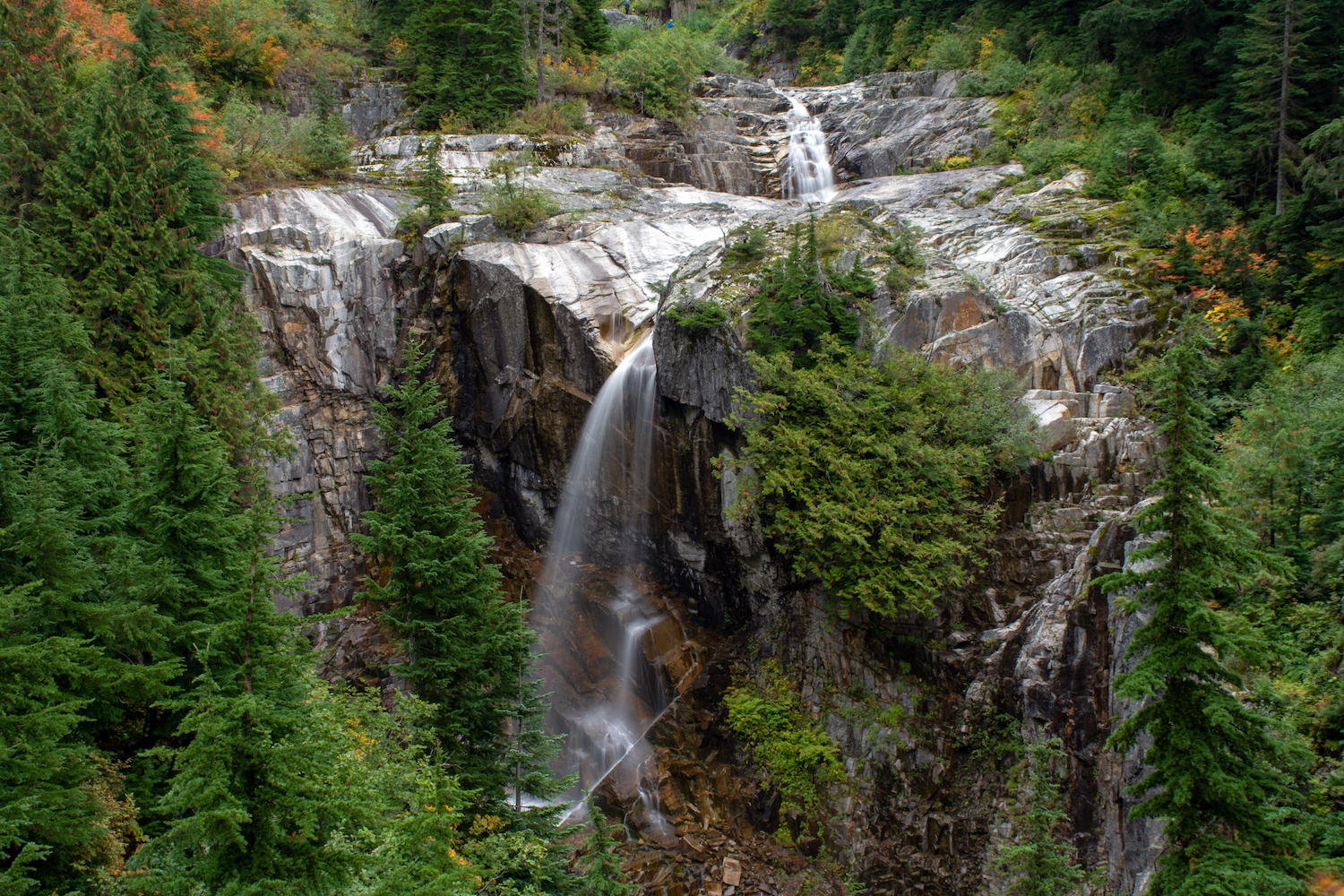 This waterfall is a bit of a whopper at 171 feet. And it just so happens to be surrounded by a beautiful mix of luscious PNW scenery. Not to mention there are multiple hikes to be done in the area. So you can make this waterfall the main event or do a few things. 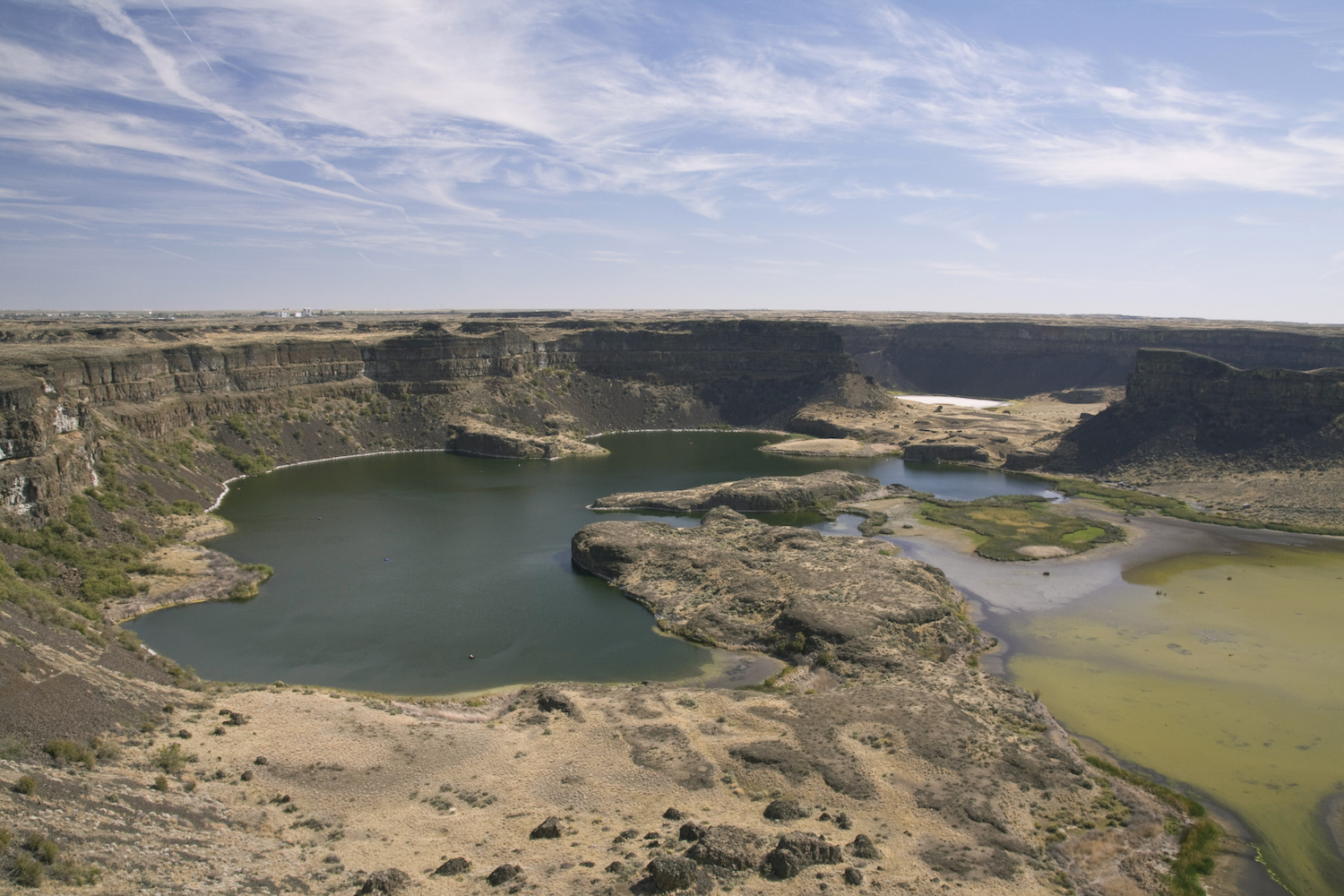 Alright alright, so yes there’s technically no longer a waterfall here. But at one time it was homes to the world’s largest waterfall, allegedly. So switch up your expectations for your waterfall experience and check out an amazing landscape. Don’t worry, there are some lakes at the bottom so it’s not entirely devoid of water.

That’s what we have for you when it comes to the best waterfalls near Seattle. Enjoy! 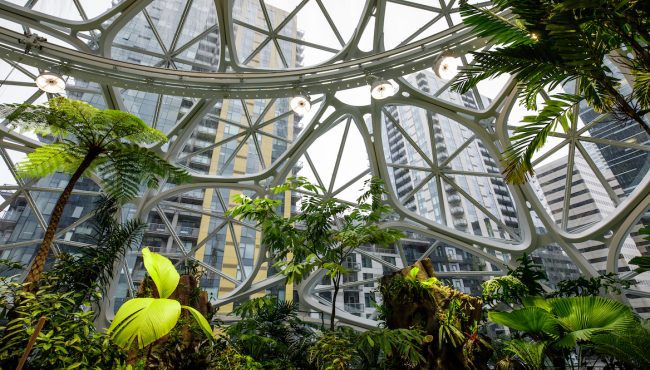 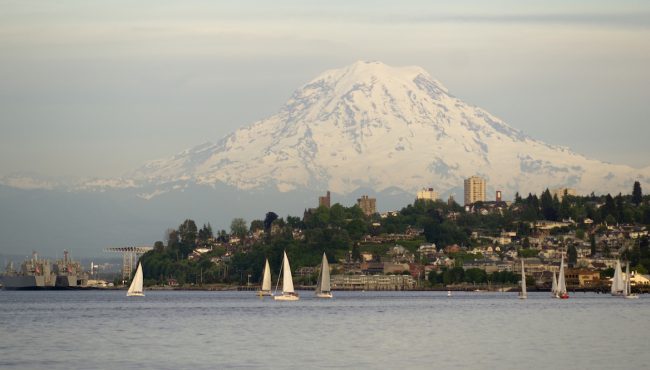 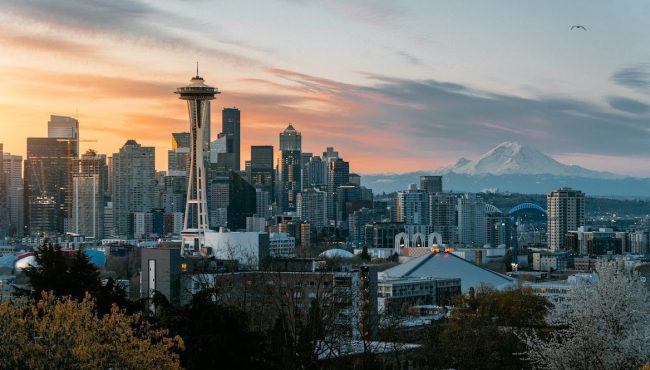