Summer Squeeze: You can try a ketchup popsicle for free this week

We have no idea what prompted this, but we have a feeling one of the creators is a fan of Tommy Boy. French’s has decided to kick off summer in a unique way, offering a free ketchup popsicle to whoever wants to try them this week. Here’s the scoop. Or the squeeze.

Dubbed the “Frenchsicle”, the ketchup-flavoured popsicle was created alongside Happy Pops, a Canadian ice pop company. The brand has chosen three locations for the giveaways this week, and they are:

A refreshingly savoury & sweet ketchup popsicle, made from 100% Canadian tomatoes.

Alongside the giveaway, French’s is offering an extra incentive for those who stop by- they’ll be donating two meals to Food Banks Canada for every Frenchsicle given away. On that basis alone, it’s worth checking in if you’ve got the time.

We will note it was wild not to explicitly mention Tommy Boy in the press release, which is literally the only other time we’ve ever heard the term “ketchup popsicle”. They’ve created it, and let alone sell it, can they give it away? Only time will tell, we guess… 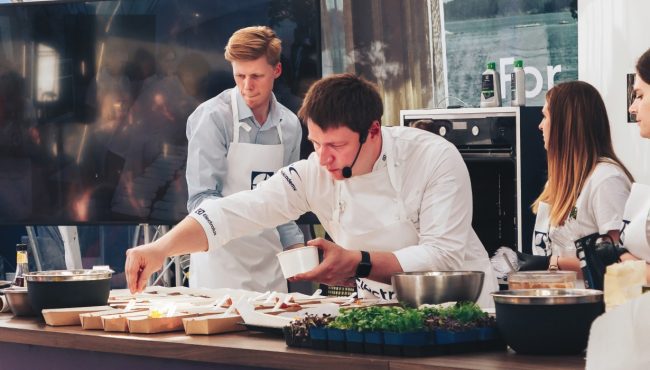