One of Canada's brightest sports stars is coming back!

If you didn’t already know about it, Edmonton is set to host the largest sporting events of the year in Canada this weekend. And, it’s not only a chance to cheer on the Canadian men’s soccer team, but it’s also the homecoming of one standout player- Alphonso Davies.

That’s because although Davies was born to Liberian parents in Ghana, circumstances led the family to Edmonton when he was just five years of age. As such, he spent the majority of his youth in the Albertan city, eventually becoming a soccer phenom. But don’t listen to us here- Davies just released a video talking about it himself.

Related Posts:
The NFL apparently wants to expand with a team in Toronto & 3 other cities
Edmonton is hosting two FIFA World Cup qualifying matches this month

We don’t want to oversell it, but we think that Canada’s World Cup Qualifying matches against Costa Rica and Mexico will simply be the biggest sporting events of the year. Over 45,000 tickets have already been sold for the Friday match, with a similar amount projected for Saturday too.

Want to see it for yourself? You can still get tickets! For more information, just head to the Canada Soccer website.

Take a hike: a portion of this ultra-popular Alberta trail has closed for the rest of the summer 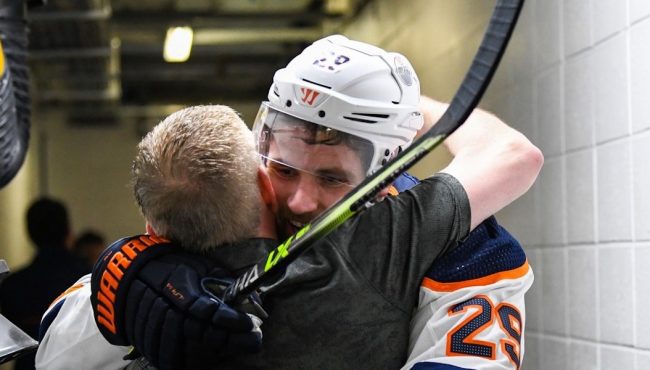