10 of the best concerts coming to Edmonton this April

Have a musical month!

A new month is coming around the corner, music lovers! That means it’s time to check out the best concerts coming to Edmonton this April. From huge stars to niche favourites to some local talent, the city is going to be filled with amazing options next month.

And we’ve got the rundown for you! Here are the best concerts coming to Edmonton this April.

We’ve got a catch all pick to kick things off. Showcasing dozens of locals bands, singers, and comedians, this concert kicks off at the end of March and will run for over a week. There are too many good names to count, so just click the link above to see what’s up!

A rising star, Conan Gray has chosen Edmonton as one of the cities for his world tour! The singer-songwriter is getting some major looks, and recently sold out a show at Radio City Music Hall. This is your chance to see him before he really takes off.

A little EDM action? You bet! This Vancouver DJ has long been a go-to for house music, and is the perfect option if you just wanna get out dancing one night.

Related Posts:
Imagine Monet has announced dates for this summer in Edmonton
The Great Outdoors Comedy Festival is back for its 2nd year with a whole new lineup of A-list comedians

On the flipside, Sarah Harmer is undoubtedly a more chill pick. But, we think she’s well worth the inclusion off her music video for ‘Little Frogs’ alone, nevermind the rest of her songs…

Yeah that’s right, a rock god is among the concerts coming to Edmonton this April. Not only that, but he’s being accompanied by another seriously fun rocker- Buckcherry.

Speaking of icons, Imagine Dragons are going to swing by next month. Basically the gold standard of pop rock, this show is arguably going to be the biggest one to see.

If you’re looking for a beautiful voice to enjoy in April, this could be our top pick. The singer-songwriter out of Montreal is the perfect fit for an intimate space like The Starlite Room.

If house isn’t your jam, there’s another must-see EDM concert you can attend! Caribou is another heavy-hitter in the genre, and is sure to get you moving. Just maybe not as aggressively as Felix Cartal (that’s what Snaith’s alter-ego, Daphne, is for).

You’ve got not one, but two chances to see this Vancouver rock band! Not going to lie about it, this is our top pick for those wanting to really feel good about the arrival of spring.

Last but certainly not least, the once-postponed concert is for sure touching down in Edmonton this April! They’ve got a fun thing going with their vocals, and the concert is sure to leave you feeling energized afterwards.

Alright fellow music lovers! That’s our roundup of the best concerts coming to Edmonton this April! We hope you manage to get out and enjoy them. 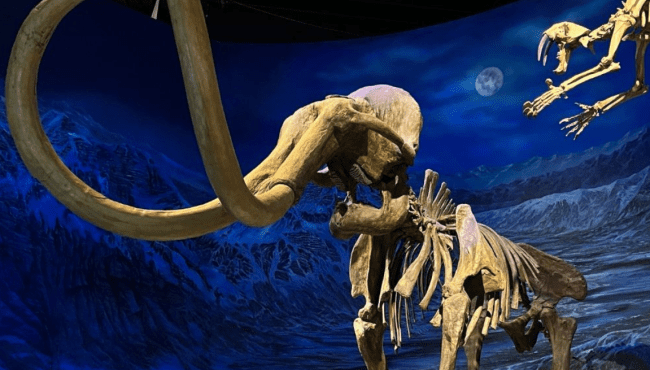