From east to west, Canadians are dishing out their hard-earned cash towards rent and housing costs – and then some, depending on where you live in the country. A new report by real estate site, Point2Homes has shared which Canadian cities have the highest and lowest housing costs and it may come as a surprise for some.

According to the report, Ontario and British Columbia are the most expensive provinces to live in, so much so that its cities dominated the top 15 list. The most expensive city for housing costs in Canada is Oakville, Ontario. For homeowners, they’re looking at about an average $2,384 monthly while renters are at about $2,146. It’s then followed by cities like Richmond Hill, Brampton, Milton, Vaughan, and Ajax, respectively.

Surprisingly enough, Vancouver came in 8th while Toronto came in 10th. Per the report, renting in Toronto averages at about $1,562 per month, and owning at about $2,038 while residents in Markham, Brampton, and Ajax pay more for housing costs.

But when it comes to the more inexpensive side of living, cities in Quebec are more sensible when it comes to rent and housing costs. Trois-Rivières in Quebec is the only city where both renters and homeowners deal with costs lower than $1,000 per month, at an average of $676 and $956 respectively.

The two categories are both followed by Saguenay, Sherbrooke and Levis.

Not all hope is lost for Ontario though. Windsor, ON is in fifth on the home owners side with an average of $1,169 while Greater Sudbury is in 12th at an average of $1,037 for renting costs. 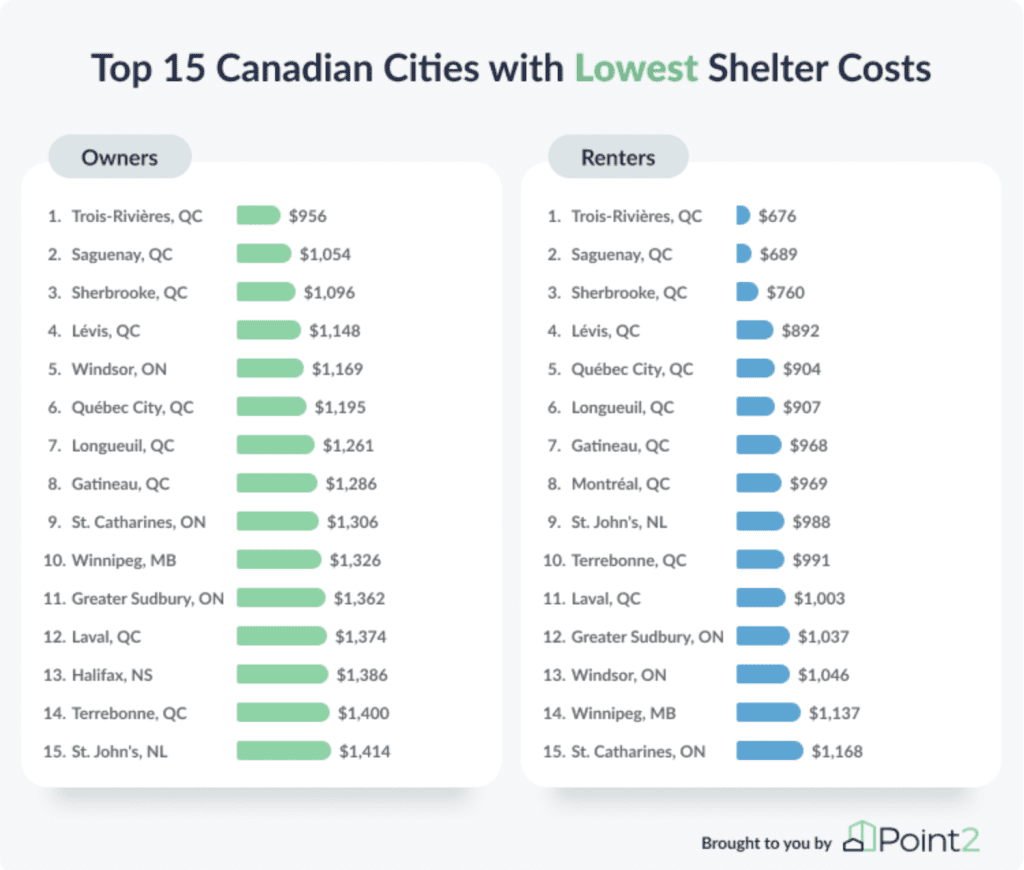 Though if these numbers are still too much to bare, a recent report by MovingWaldo found that cheapest province to live in is Newfoundland and Labrador an average price of $1,324. And that’s including groceries, average phone bill, gym memeberships and more.

Maybe it’s time to make the jump and move?