Selling anything online can be a risky business. Though more often than not it goes off without a hitch, the reality is that no matter who you are or what you’re offering you could get scammed or worse. In a shocking turn of events, one Calgarian learned this the hard way and was tricked into doing the unthinkable – helping a stranger move.

After listing his truck on a local marketplace, Davyn Collier took to the Ask Calgary Facebook group to share a unique meeting with someone he thought was genuinely interested.

“This guy agreed to buy my pickup truck for $10,500,” he wrote. “When he came to see it he asked if we could take it for a test drive together.”

Recent Posts:
Santa’s magical Christmas Train returns to Ontario this year & you can ride it
Here are 3 awesome spots to go ice skating in and around Seattle

According to his post, during this short trip, the man actually stopped to pick up a couch – which he then dropped off at his house.

“Afterwards he drove back to my house, got back in his car, and said ‘sorry man I’m not gonna buy it, there’s nothing I can think of that I could use a truck for right now,’ and drove off.”

Though we were unable to get a response from Davyn when we reached out about the encounter, we can only imagine that his initial thought was somewhere between “WTF” and “WTH,” however, we’d be lying if we said that this wasn’t hilarious.

In fact, we weren’t the only ones who think that this was nicely played. As always, the comment section was nearly just as good as the post itself. 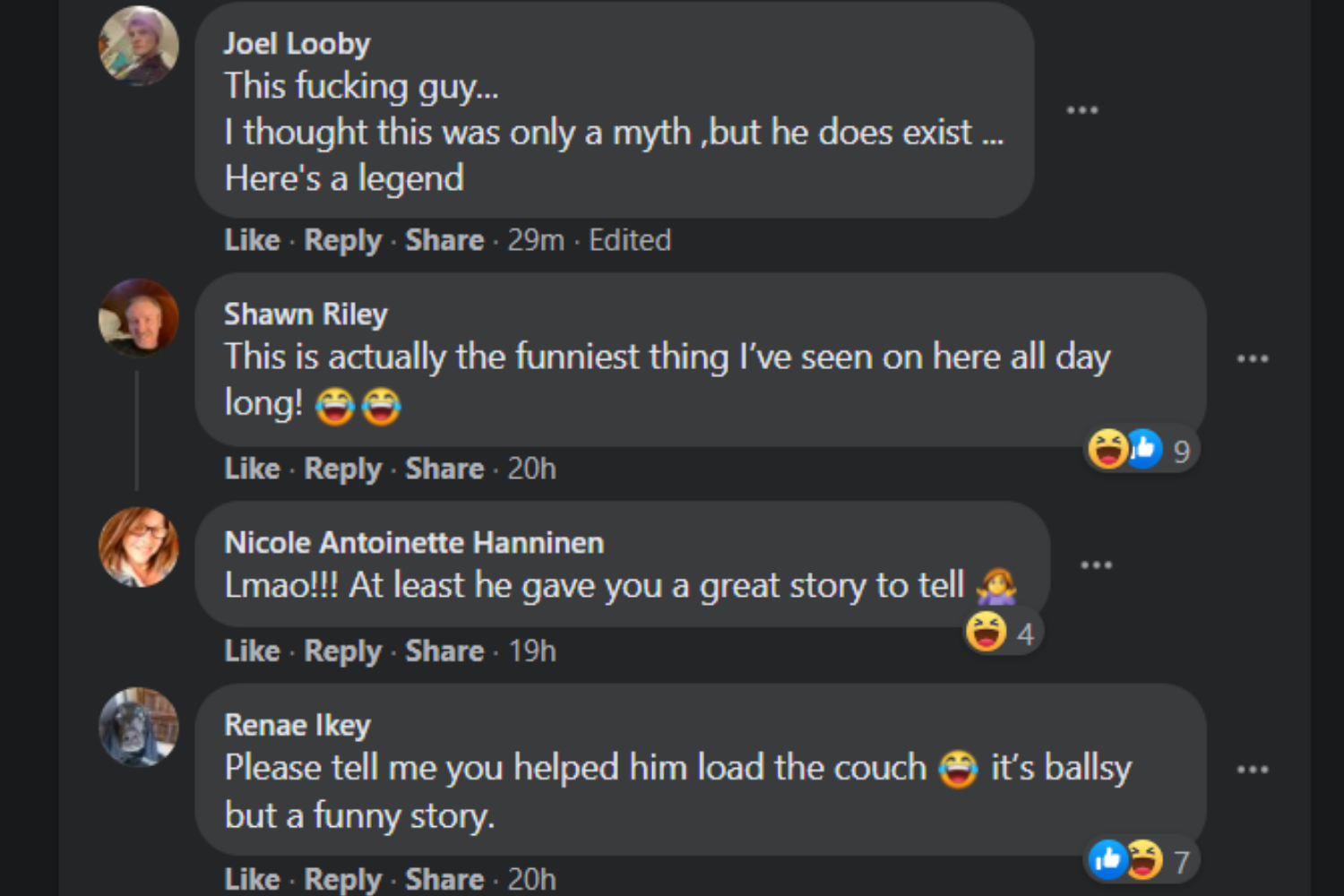 Now despite this sounding outrageous, it’s important to remember one thing! You never know how you’re going to react to something like this is.

This could happen to you just the same so, be careful, stay alert and maybe keep a dolly in your vehicle just in case.