6 of the weirdest crimes committed in Alberta's recent history

Alberta is a beautiful province with some beautiful people, places and things to see, but beneath that aesthetically pleasing exterior and through…

Alberta is a beautiful province with some beautiful people, places, and things to see, but sitting beneath the aesthetically-pleasing exterior and the fresh mountain air, we’re just a bunch of weirdos. We’ve seen some strange things, met some bizarre folks, and have read headlines that were beyond hard to believe.

It seems like for every legitimate crime, we see 3 charges that almost sound Floridian (you know exactly what we mean by that). With that in mind, here are 6 of the weirdest crimes committed in Alberta’s more recent history.

Most of you probably remember this one. (Likely) inspired by Pixar’s Up or even the famed Lawnchair Larry, a Calgary man actually strapped $12,000 in helium-filled balloons to a $20 lawn chair and set sail over the city’s Stampede grounds. After his daring flight – and breaking his foot during the landing, he was actually detained and charged with ‘mischief causing danger to life and mischief to property under $5,000.

#CraneSiege, swat now went around and above, #craneguy is surrounded.. come on out homes. #yyc pic.twitter.com/hpyU3qK2Fu

Back in 2016, a Calgary man actually climbed 340-feet (or 26 stories) up an unoccupied crane, for no reason other than to take it for a test drive. After approximately 3 hours, police were able to talk him into leaving the cab and arrested him. Unfortunately for you curious kittens, it’s unclear if he was charged or not. And if so, what exactly it was that he was charged with.

Alberta man eats his own underwear to pass a breathalyzer

In 2017, a man from Stettler, Alberta actually attempted to beat a breathalyzer by eating his own underwear. According to the Red Deer Advocate, a local newspaper, he was convinced that the cotton fabric would actually absorb alcohol; “He ripped the crotch out of his shorts, stuffed the fabric in his mouth, and then spit it out,” read the article. Needless to say, it didn’t work and the man was charged with impaired driving.

Man robs a Tim Hortons with a rubber chicken

Earlier this year, a man from Airdrie, Alberta, stole a donation box from a Tim Hortons by hiding it behind a rubber chicken. After this painfully Canuck crime, the RCMP even gave him a name in a Tweet which included the surveillance footage. Ladies and gents: The Chicken Bandit. 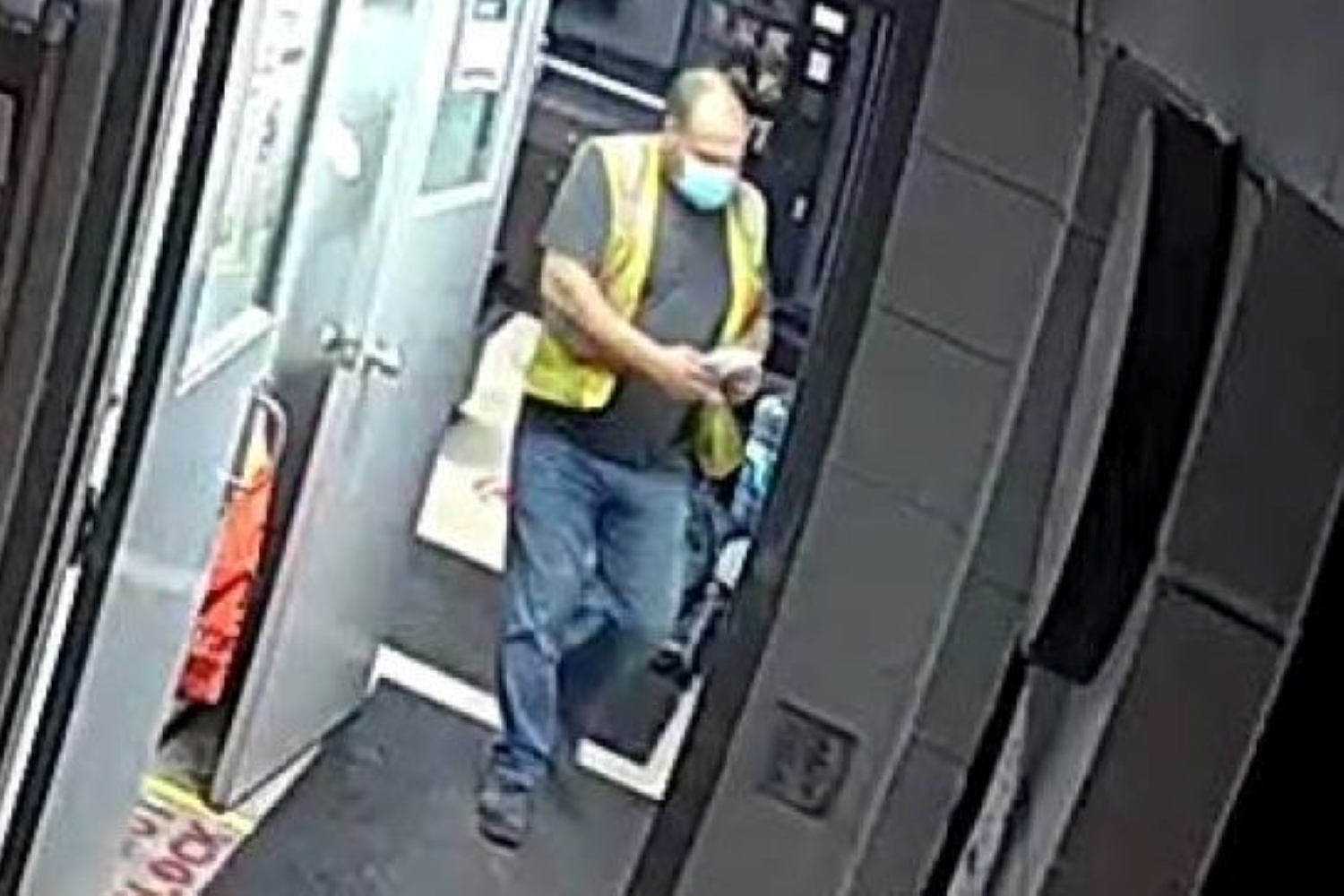 In what may go down as the most comfortable, delicious heist in Canadian history, a Montreal mystery man stole over $230k worth of Alberta beef and 7 hot tubs in 3 weeks by using a truck registered to a fake name to ‘transfer goods.’ Because stealing money or diamonds is such an early 2000’s George Clooney cliche.

PSA: Just because you can, doesn’t mean you should! Just last month, a 20-year old BC man was caught taking a snooze while his Telsa drove 150 km/h down the Alberta highway. He and his passenger were both fully reclined in the front seat with not a care in the world.

There you have it, folks – some of the weirdest crimes committed in Alberta’s more recent History. We live in a crazy world, folks – and an even crazier province. Here’s to more strange, and less dangerous crimes in the near future.