Paying for parking sucks, right? Ugh, wouldn't it be great if we could just leave our car anywhere without being charged for…

Paying for parking sucks, right? Ugh, wouldn’t it be great if we could just leave our car anywhere without being charged for it? We’ll keep dreaming… And in the meantime, let’s talk about the most expensive places to park your car. Yup, a new list is out that ranks the cities in terms of parking payments. And five Canadian cities have parked in spots on the list. Haha, get it? Parked. It’s a pun. Oh well, we thought it was funny.

Anyway, the list was created by the British car maintenance company Fixter. And in it, they ranked cities from all across the world. Thankfully, no Canadian cities took slot number one. That went to New York (duh). But five of our cities did make it on the list.

Related Posts:
New list reveals that Toronto has the most ‘sugar dating’ in all of Canada
CBRE’s list of top tech cities names Toronto best in Canada 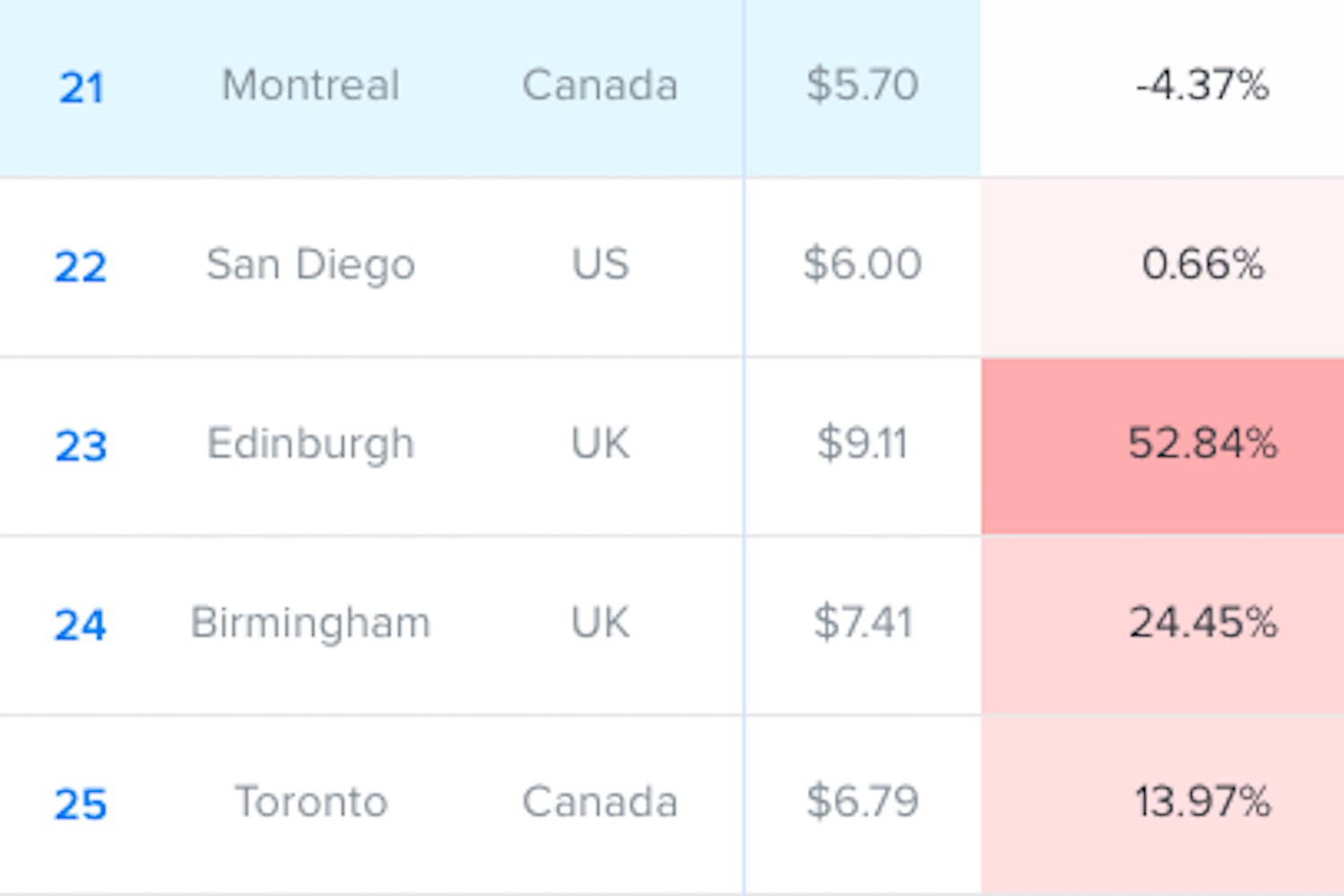 So, what places have the most expensive parking in Canada? Well, first on the list is Montreal, whoe came in 21st out of all 65 cities that were ranked. Following them we’ve got Toronto at 25th, Calgary at 27th, Ottawa at 33rd, and Vancouver coming in hot at 36th. So at least none of them are in the top ten! But still, 20s-30s out of 65 is kinda high up there.

So next time you park your car in one of those five cities you can reflect on how you’re probably being overcharged to do it. But hey, at least you can be grateful you’re not being as overcharged as the folks in places like New York! It’s all about perspective, people.