As the weekend rolls around, we're on the hunt for content to keep us occupied. We're in the mood for a little…

As the weekend rolls around, we’re on the hunt for content to keep us occupied. We’re in the mood for a little laugh, and these amazing series are here to deliver. From recent picks to budding cult classics, these actually funny movies & shows are exactly what your weekend binge session is missing.

The latest from Andy Samberg is this hilarious flick following two people stuck in a Groundhog Day situation, unable to escape themselves or their circumstances. It features amazing performances from both Samberg and his co-star Cristin Milioti that’ll leave you in stitches for days.

Where: Find it on Prime Video. 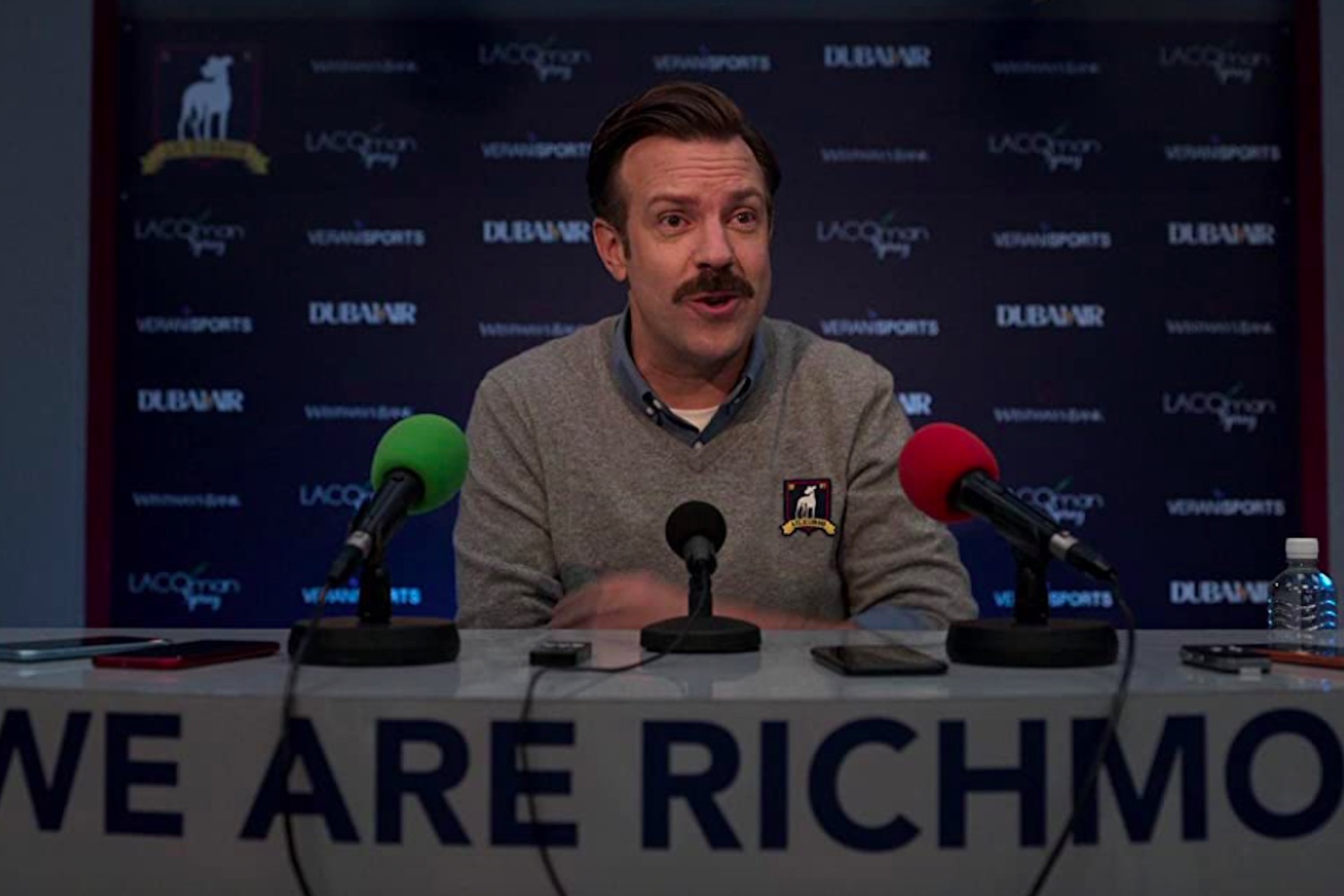 This next selection is already picking up quite a bit of buzz on the awards scene. Catch Jason Sudeikis’ Golden Globe-winning performance in this Apple TV original. The show is about an American football coach who moves to England to manage a soccer team. Of course, he has no experience in the position and all kinds of hilarity ensue.

Before she dazzled the screen in The Queen’s Gambit, Anya Talyor Joy was impressing all of us with her performance in Emma. The period piece-style comedy is a hilarious take on the fourth novel by legendary writer Jane Austen. It’s all about social class in 1800s England and the drama that comes with it.

You can’t watch an Eddie Murphy movie and not expect it to leave you in stitches. This next pick is the sequel to his 1988 hit Coming to America. There may be over 20 years between the films, but everything you loved in the first has made a comeback in the second.

This next pick made all kinds of headlines when it dropped last year. Now it’s been picking up awards for its hilarious yet poignant social commentary. But hey, it’s Sacha Baron Cohen. Did we expect anything less? The flick is a sequel to his infamous original Borat movie.

All the typical tropes you’d expect from a Netflix Original teen series are turned on their heads with this next show. They’re currently working on the third season of Sex Education, so if you haven’t watched the first two be sure to catch up now. The story is about a teenage boy who finds himself acting as a sex therapist to his school peers. As you can imagine, some hilarious (and raunchy) stuff goes down. 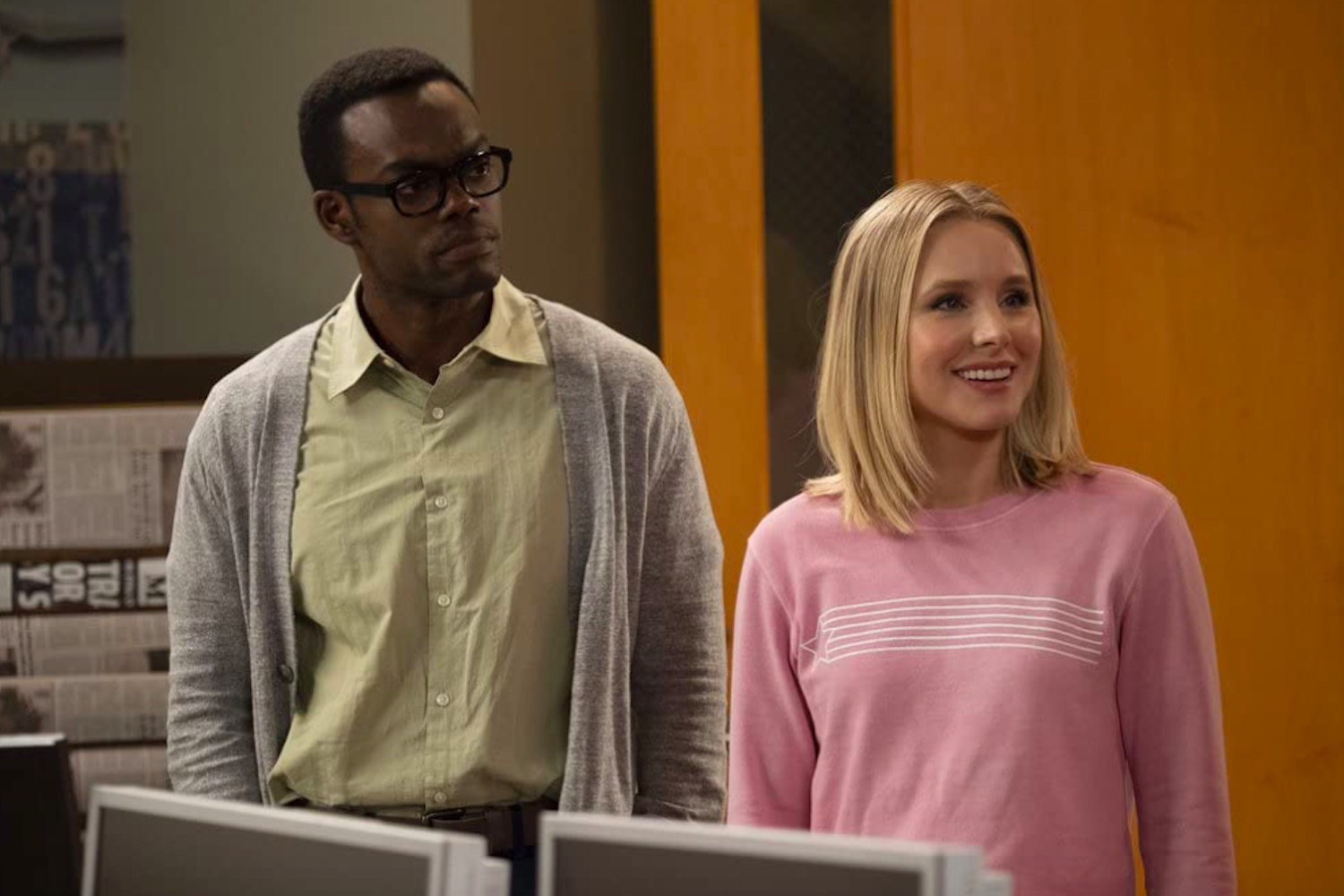 Okay, this one’s not a new one but it’s so lovely we had to include it. The Good Place is both hilarious and also incredibly philosophical when you think too hard about it. You’ll catch Kristin Bell, Ted Danson, William Jackson Harper, Jameela Jamil, D’Arcy Carden, and Manny Jacinto in a hilarious series that’s sure to be a long-time fave.

The final season of this hit TV show is rolling out right now, but if you’ve never watched it you’ve got 11 seasons to catch up on first. The series Shameless finds a way to make even the most dramatic situations absolutely hysterical. You’ll laugh, cry, yell at your screen, and be hooked all the way through when you stream this funny pick.

We’ve got to include a Canadian series, right? A ton of amazing local talent is featured in this ongoing actually funny show. As the title suggests, the series is all about working moms and all the drama that comes with it. Plus, it’s shot right here in Toronto so you may recognize the background in some of the scenes.

From comedy legends John Mulaney and Nick Kroll, comes an uncomfortably funny cartoon all about adolescence. The series features performances from fan favourites like Maya Rudolph, Gina Rodriguez, Chelsea Peretti, and loads more. This one can’t really be explained in words, you’ll just have to stream it to see what all the hype is about.

So pop that popcorn, open that laptop, and get streaming on all these actually funny movies & shows. There’s plenty of content out there to keep you entertained for days.