What is in a name? British Columbia, Alberta, Ontario, Yukon... these words appear on our driver's licences and welcome signs, but where…

British Columbia, Alberta, Ontario, Yukon… these words appear on our driver’s licenses and welcome signs, but where the heck did they come from? Chances are your name was passed down from generation to generation, or taken from your parent’s favourite movie, song, or book… but how did each Canadian province get its name? Today, thanks to the folks at Expedia, we have answers and conveniently, they’re all mapped out for our viewing pleasure.

It should really come as no surprise that most provincial placenames actually derive from the languages of the indigenous people who occupied the land in the first place; while others, like the Northwest Territories, are basically just observations.

Recent Posts:
11 Calgary patios with an incredible view of the city
Canadian group uses AI to simulate what Nirvana’s music would sound like today 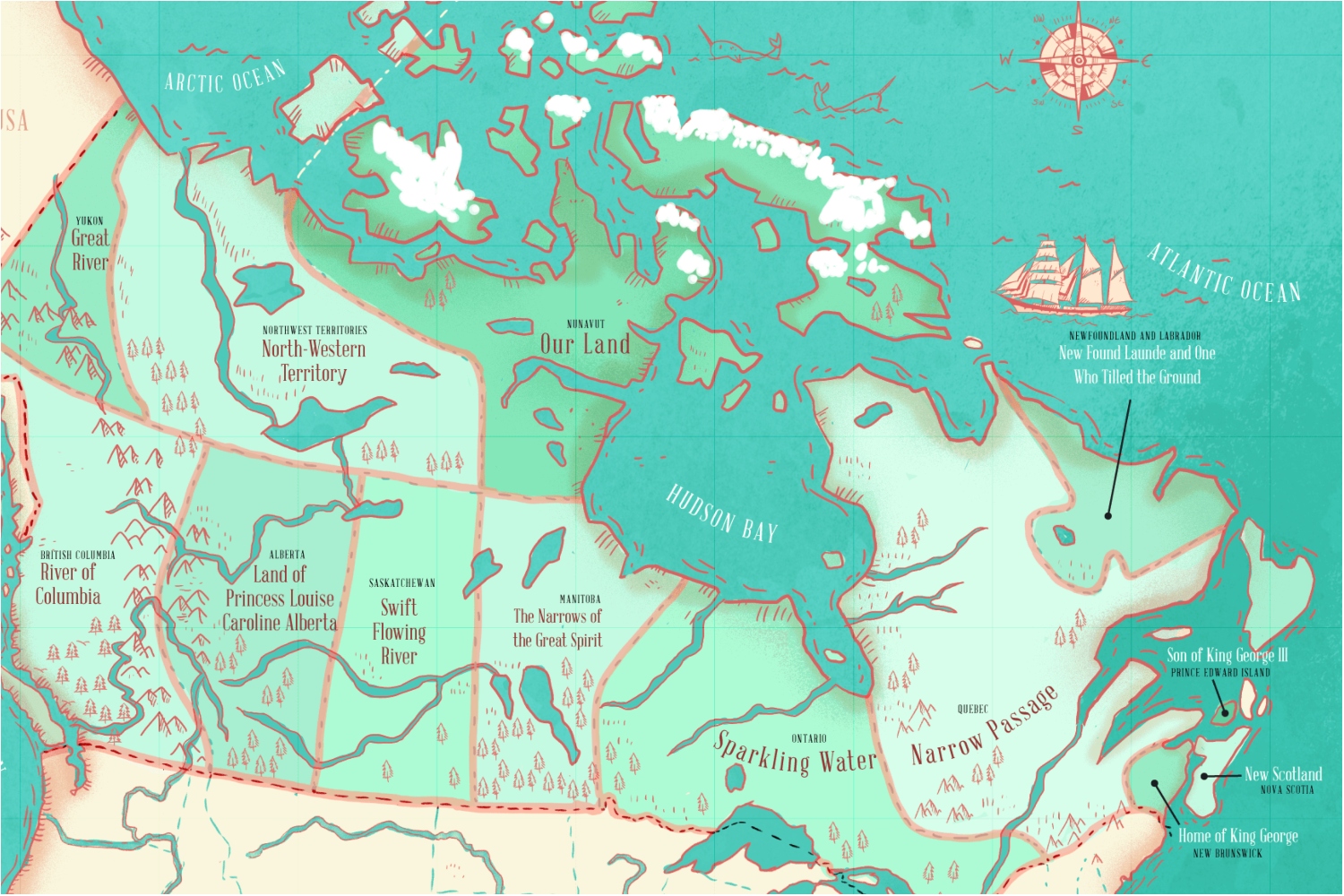 Some, like Alberta and Prince Edward Island, were tributes… and to be honest, has us a little bit jealous that no one thought to name an entire territory after us.

In a way, as you look from right to left on the map, each province has a story and we think that’s pretty cool.

Who the heck knew that Nova Scotia was the new Scotland; Or that an eclectic character from an award-winning broadway musical would be associated with New Brunswick from this day forward?

Ah, learning is fun, isn’t it? Which Canadian province name surprised you the most? What would you have named each province if given the chance? Let us know!