Not bad, for a self-described 'amateur!'

While watching the sunrise every morning may sound like a beautiful way to start your day, it’s actually quite the task. Not only do you have to get your butt up and out of the house on time, but you’ve also got to find and get to the right place to do so. Not every hill is made equal and not every day starts on the right side of the bed, which is why what Edmonton photographer Luca Vanzella has done is wildly impressive.

In fact, a series of photos he titled “A Year in Sunrises’ was so incredible, that even NASA took notice of his self-taught abilities – for the fourth time! 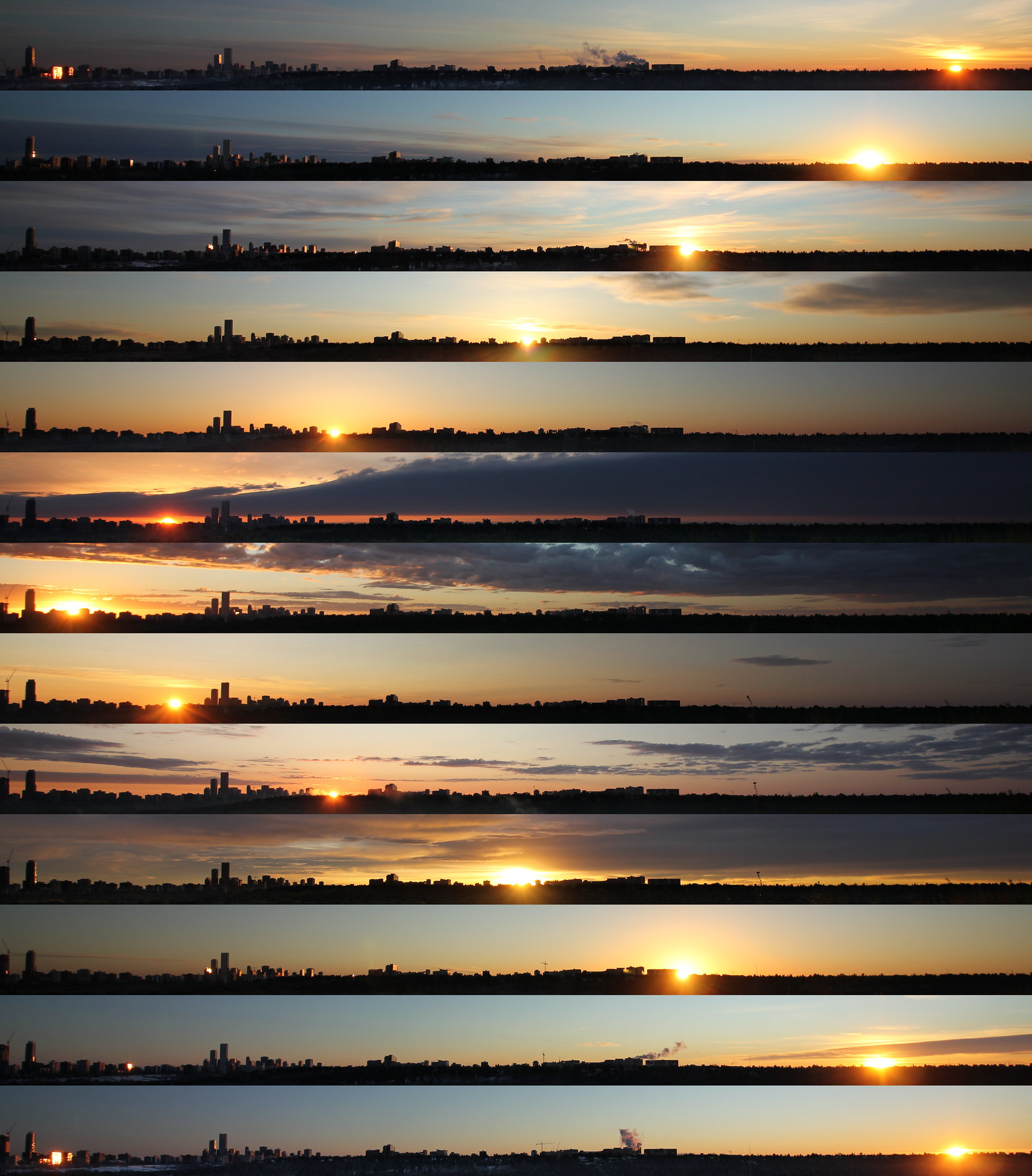 Showcased on the space agency’s ‘Astronomy Picture of The Day’ (January 5th, 2022), Vanzella’s piece shows that, contrary to popular belief, the sun doesn’t always rise in the same direction.

“As the month’s change, the direction toward the rising Sun changes, too,” it’s written in the photo’s explanation.

While each of the 13 images was always taken due east, the sun can be seen coming up from behind the north and south sides of the skyline.

Here’s the Full Harvest Moon setting over the Alberta Legislature on October 5, 2017 as seen from down low on Cloverdale Hill on the east side of Gallagher Park. The sky was clean all the way down to the local horizon. #yeg2017pics #yeg pic.twitter.com/TqTo5Oppl9

This is because as the months’ change, the earth’s direction toward the rising sun changes too.

Now, as we said, this certainly isn’t the first time NASA has used the hobbyist’s photos. According to his Twitter page, it appears he’s actually been featured several times over the last few years, and as he told Curiocity, “It means a lot.”

“Getting selected is good recognition,” he said in an interview, adding that it’s brought his photographs a lot of outside attention – attention that we think is extremely well deserved.

If you’d like to see all of his spacetastic images for yourself, you can sneak a peek of them on his Flickr here, or on his Twitter here, and make sure you keep an eye out. You never know which one could be NASA’s next ‘Picture of The Day” bringing his standing total to 5.