Well, well, well, nostalgia has arrived in a big way with the announcement that one of Canada's weirdest kid's TV shows is…

Well, well, well, nostalgia has arrived in a big way with the announcement that one of Canada’s weirdest kid’s TV shows is making a comeback. Rolie Polie Olie, which ran on CBC and the Disney Channel from 1998 to 2004, is going to have new episodes that may be coming to Disney+.

If you’re unfamiliar, Rolie Polie Olie had to do with a robot family living in a geometric world. The main character, Olie, learns life lessons and goes on wild adventures throughout. The French-Canadian produced show was pretty successful, running for 74 episodes and then picked up for reruns on Disney Junior in the 2010s.

In fact, that Disney Junior run was so popular that Rolie Polie Olie has become one of the most requested kid’s shows for Disney+. Sure enough, the show’s creator, William Joyce, took to Twitter to announce that he is working on new episodes at the moment.

Fun to see the chatter about #RoliePolieOlie Here’s the first design I ever did of his world/we are working on new episodes!!! pic.twitter.com/60TgvKkapq

Recent Posts:
Got cabin fever? Take a virtual vacation to the world’s most exotic spots with this site
This Kensington Market fave famous for Mexican sandos has reopened as a pop-up

No comment has been by Disney or Disney+ regarding the show coming to the service, but it seems like a no-brainer. Nostalgic kid’s shows are one of the huge draws to Disney+, so it’d be odd if they don’t take advantage of this one.

Interestingly, Rolie Polie Olie saw some other action on Twitter last week when people straight up forgot it existed. 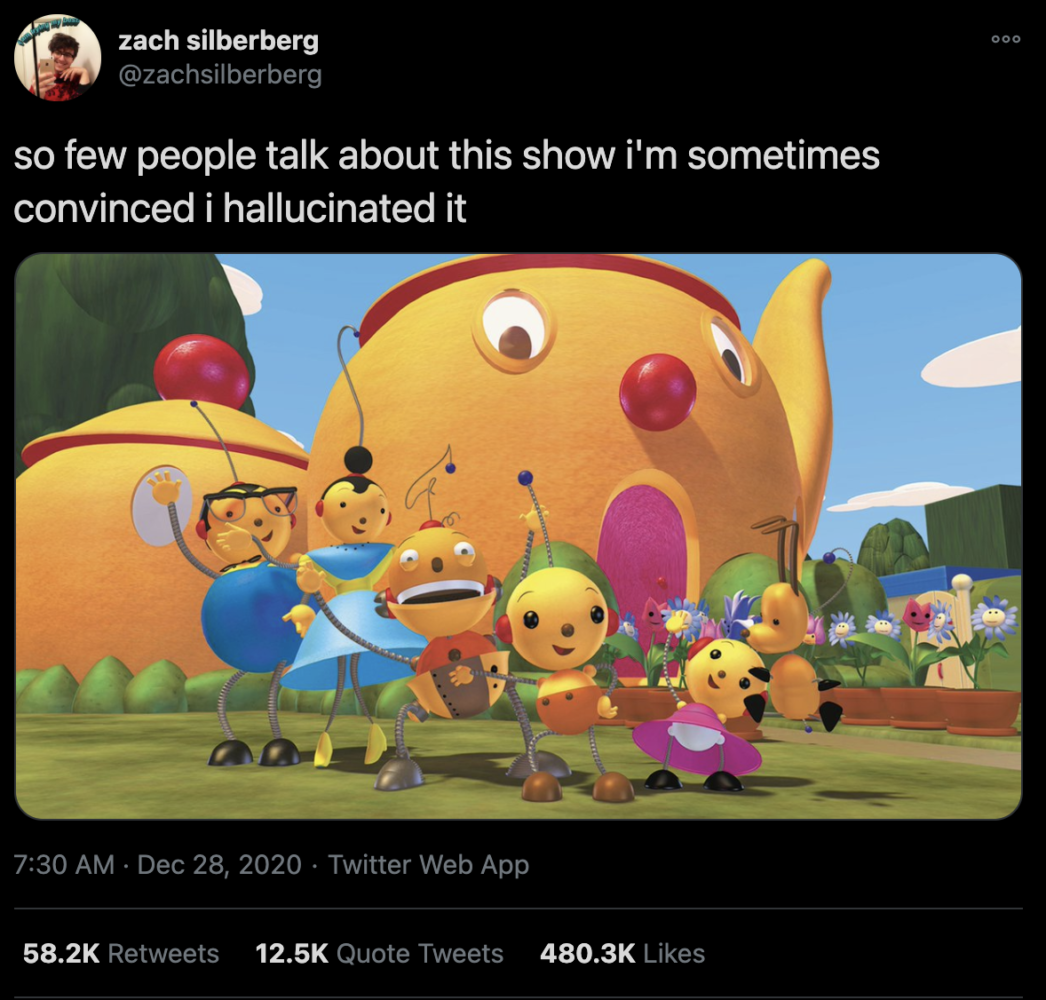 Whether it’s due to the overconsumption of entertainment or a weird offset of the Mandela Effect, people are consistently claiming (usually on the internet) that they all misremember the same things.