The Weather Network just dropped its spring forecast for Canada

All across the country, Canadians are wondering when we'll finally get to say goodbye to cold, winter weather. Well, The Weather Network…

All across the country, Canadians are wondering when we’ll finally get to say goodbye to cold, winter weather. Well, The Weather Network is here with some answers for us. They’ve just released their Canada-wide Spring 2021 forecast. So without further adieu… let’s break it down.

Starting over in the west, British Columbia can expect a slower-than-normal progression into the season. Although spring usually hits this province first, instead this year will likely bring a long period of winter weather. Hey – more time for skiing, right?

Related Posts:
These are the streets in Toronto giving the most tickets from speed cameras
Drive-In movie theatres in the GTA are prepping to reopen this weekend 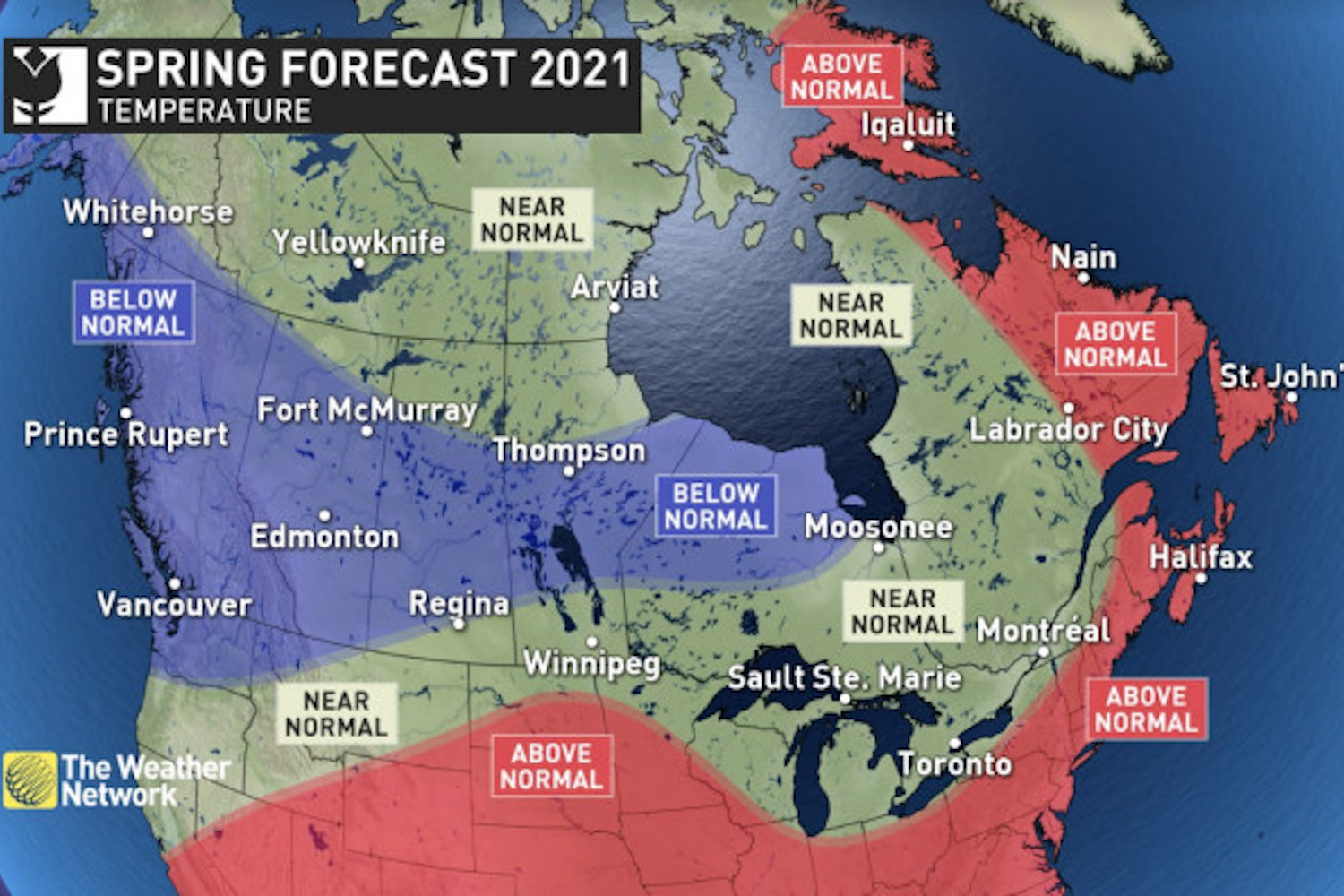 Moving east, there’s a much warmer weather pattern headed to Alberta. After a chilly February, March is set to heat things up. But don’t put that jacket away for good, there will still be brief periods of cold throughout the month.

Similarly, Saskatchewan and Manitoba will both see much warmer days in March than in February. However, the heart of the season won’t be quite as consistent; there will be normal temperatures in the southern and far northern areas, but in between, we’ll see slightly cooler than normal temps. The good news is that’ll cut down on the risk of spring flooding. 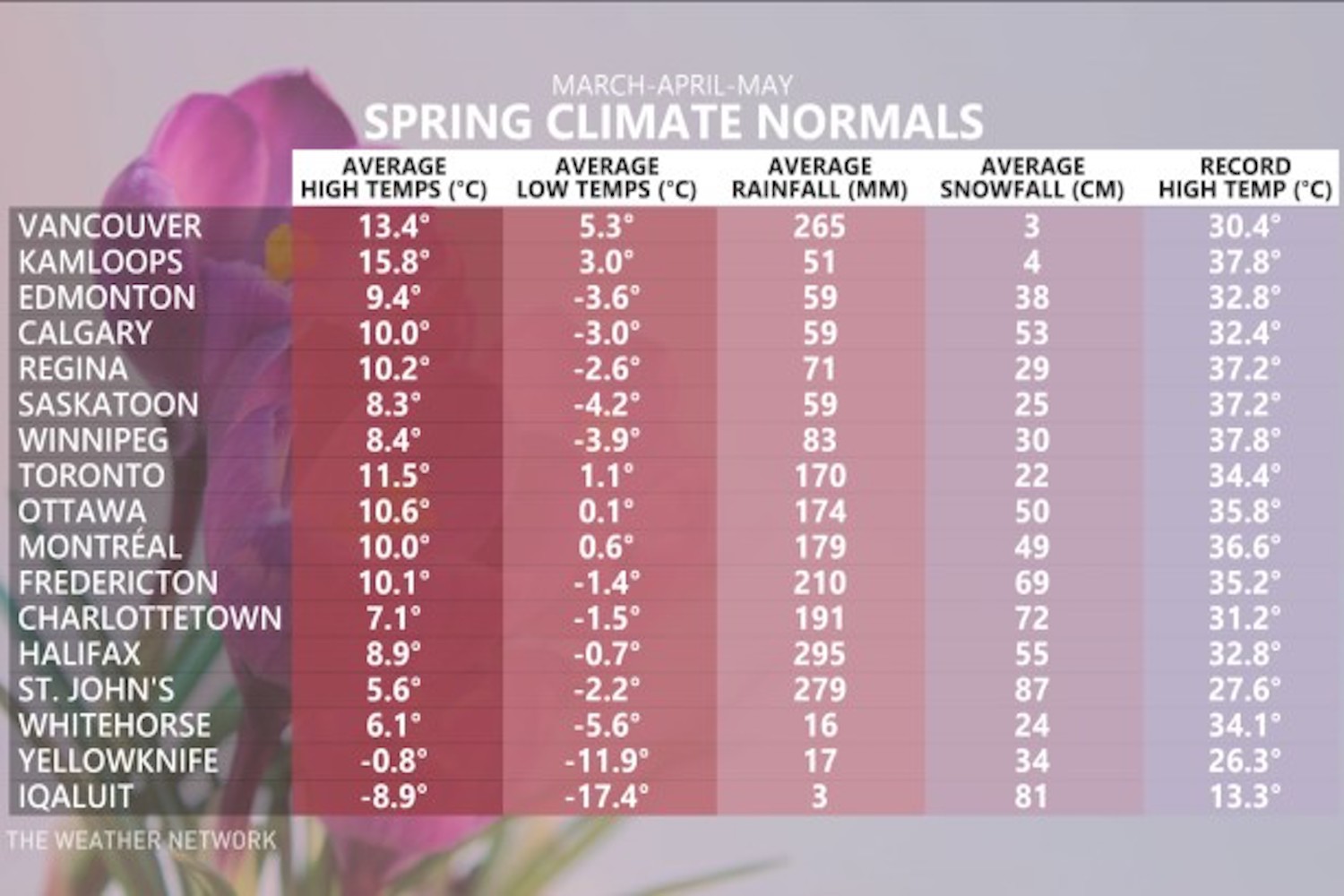 In Ontario, springtime will be slightly warmer than springs in recent years. There will, however, be a period of cooler weather during mid-spring before the warmth sets in for real. Still, March will be much warmer than the wintery February we just endured.

Quebec is set to see pleasant weather, with a few short spots of winter temps before things settle down. Finally, the eastern region should expect back and forth weather patterns, with the cold lingering a bit longer before spring sets in.

So there you have it! No matter where you are in the country, there are sunny days ahead. We don’t know about you, but we are more than ready for ’em.

You can check out The Weather Network’s full spring weather forecast here.