Fun Fact: The Oldest Reptile Fossil In The World Was Found In Canada

If you've never heard of Joggins Fossil Cliffs we don't blame you. It's a relatively obscure, 15-km-long stretch of coastline in western…

If you’ve never heard of Joggins Fossil Cliffs we don’t blame you. It’s a relatively obscure, 15-km-long stretch of coastline in western Cumberland County, Nova Scotia. It also happens to be on the UNESCO World Heritage List and contains one of the most impressive collections of fossils on the planet. The more you know! 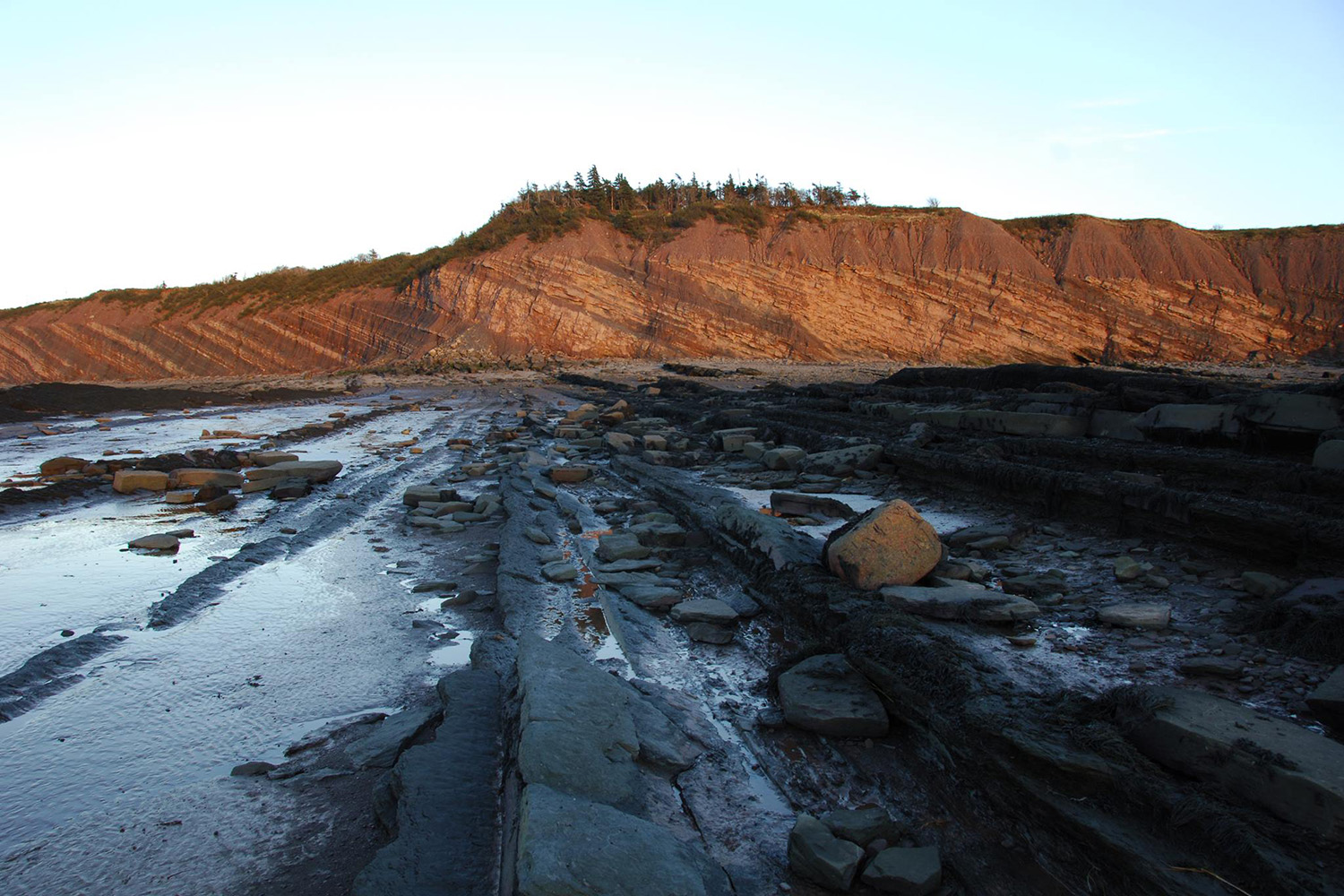 Recent Posts:
This Alberta ski resort is a true Canadian hidden gem
You have to climb through a hidden doorway to get into this new resto

Dating back 300 million years (yes, you read that right) all the way to the Coal Age, this whole area was covered in magnificent forests. Now, trees, creatures, and reptiles millions of years old are carved into the cliffs, frozen in time. The Joggins Fossil Cliffs are so spectacular, in fact, that Charles Darwin wrote about them in “On the Origin of Species.”

The area became famous for its extensive fossils back in the 1820s. This led to international geologists flocking to the area looking to uncover secrets and clues of an age gone by. In 1852, Sir William Dawson, a Nova Scotian geologist, made the discovery of a lifetime.

Dawson found the fossil of Hylonomus lyelli, the earliest known reptile in the history of the earth. This bad boy walked the earth around 315 million years ago, which is damn near impossible to wrap one’s head around. Oh, speaking of “walking the earth”, this is also the first animal known to have fully adapted to living on land. Well done, Sir William.

Fossils are still being found in Canada, too! Earlier this month a Ph.D. student from the University of Calgary discovered a relative of the T-Rex in Alberta. So, next time you’re on a hike keep a sharp eye, maybe you’ll discover history.