Well, the City of Vancouver has officially made good on a plan to add 'slow zones' that it proposed last summer, in…

Well, the City of Vancouver has officially made good on a plan to add ‘slow zones’ that it proposed last summer, in addition to already making school and playground zones 30km/h at all times. The city has chosen the Grandview-Woodland area to test things out, so here’s a little background info.

Basically, the risk of death when a car hits a pedestrian, unsurprisingly, is a lot higher the faster that car is travelling. So, a pedestrian has a 15% chance of dying when hit at 30km/h, but a 50% chance of dying at 50km/h. Obviously, the city would rather not have more deaths if they’re preventable, so they’re trying out the ‘slow zone’ idea.

Related Posts:
BC Ferries introduce two new fare options that will save you cash on certain routes
Vancouver has opened applications for patios & they could be back as early as April

Meanwhile, the Grandview-Woodland area was chosen because it has a relatively high traffic level, plus a fair number of children and seniors in the community. The slow zone runs east-west between Clark Drive and Commercial Drive, then north-south between Grandview Highway North and First Ave. Now, all streets in this area will be capped at 30km/h.

Do you want more insight on Vancouver’s new slow zones pilot project? You can check out the plan in full on the City of Vancouver website. Safe travels out there, folks! 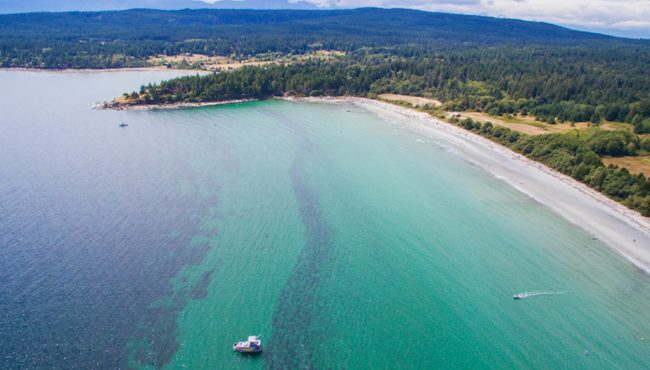