Saskatoon squirrel saloon. Go ahead, say that ten times fast, but after you twist and tie your tongue, we've got quite the…

Saskatoon squirrel saloon. Go ahead, say that ten times fast, but after you twist and tie your tongue, we’ve got quite the story for you. We’d be lying if we said that we didn’t take up odds and ends while physically distancing ourselves. Embarrassing new-found hobbies are the norm, which is why, in the coming months we hope to see more ideas brought to light like retired engineer, Dave Hunchak’s ingenious backyard rodent feeder. 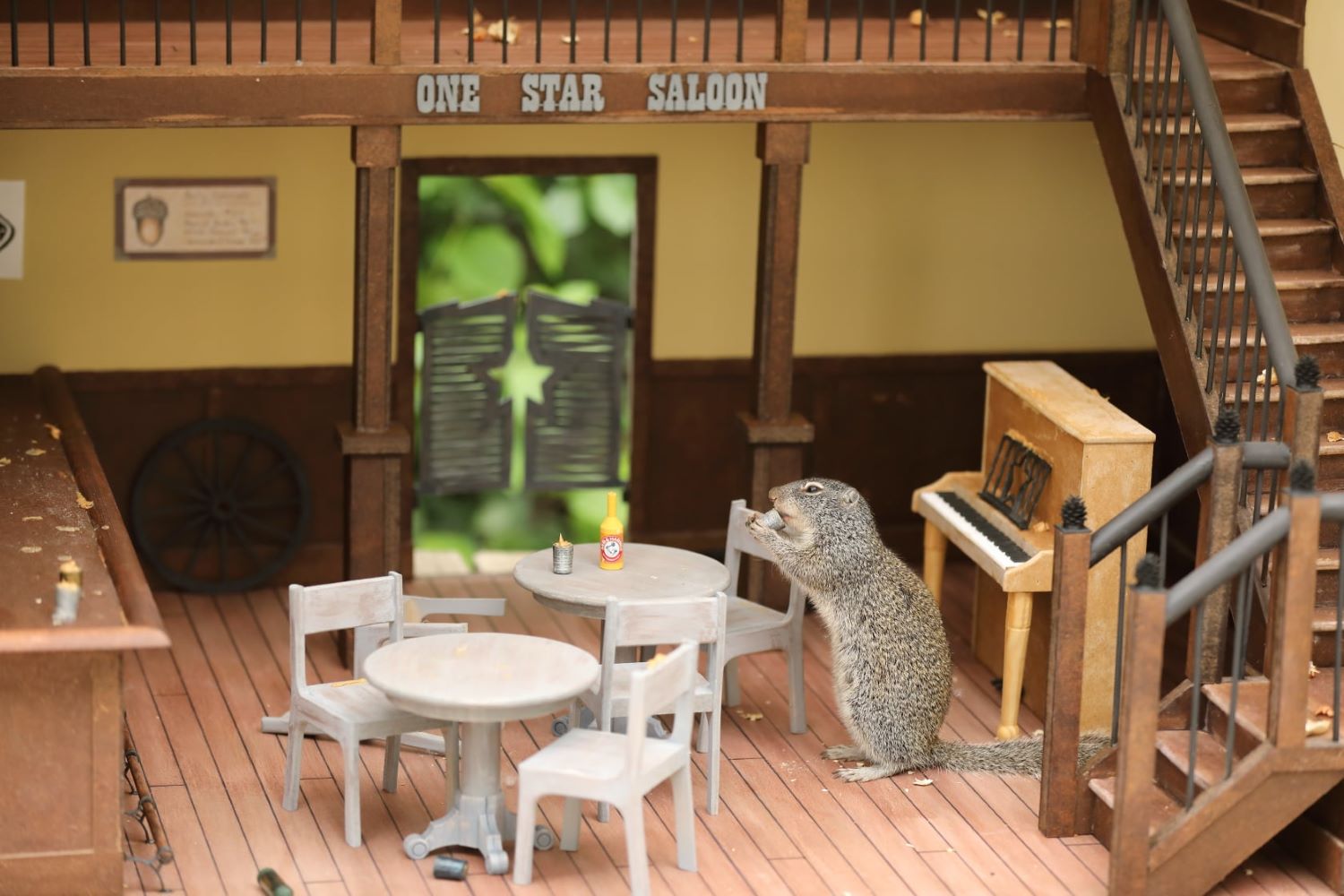 If you’re into furry woodland creatures and miniature loaves of bread, look no further. Saskatchewan’s hottest new saloon is One Star Saskatoon. 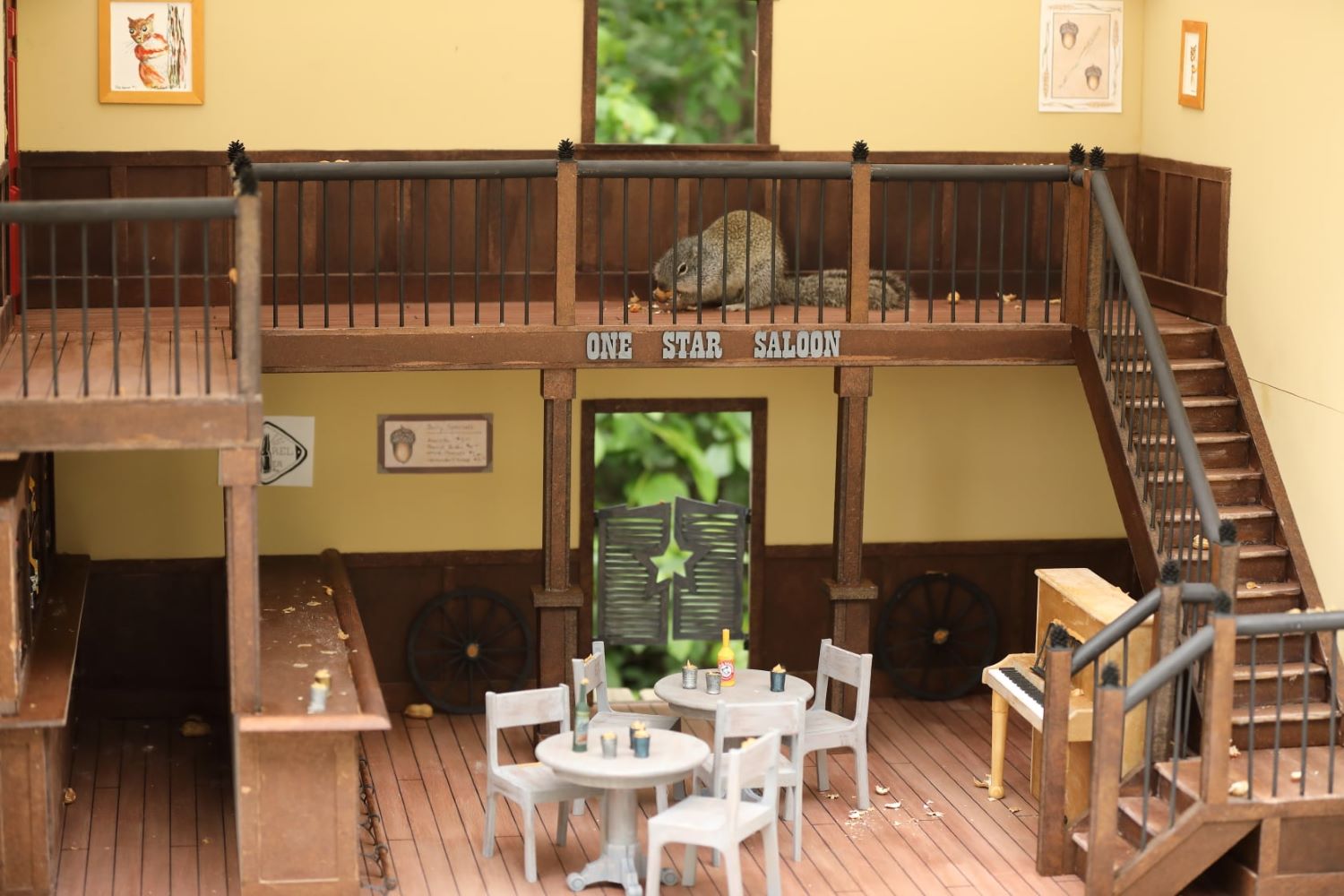 Inspired by the old west, One Star is an admirable attempt made by one man to cultivate and build a lasting friendship with an antisocial four-legged species.

This place has everything. Chairs, tables, floor nuts… that old-timey swing door thing that wouldn’t actually keep anyone or anything out under any circumstance. 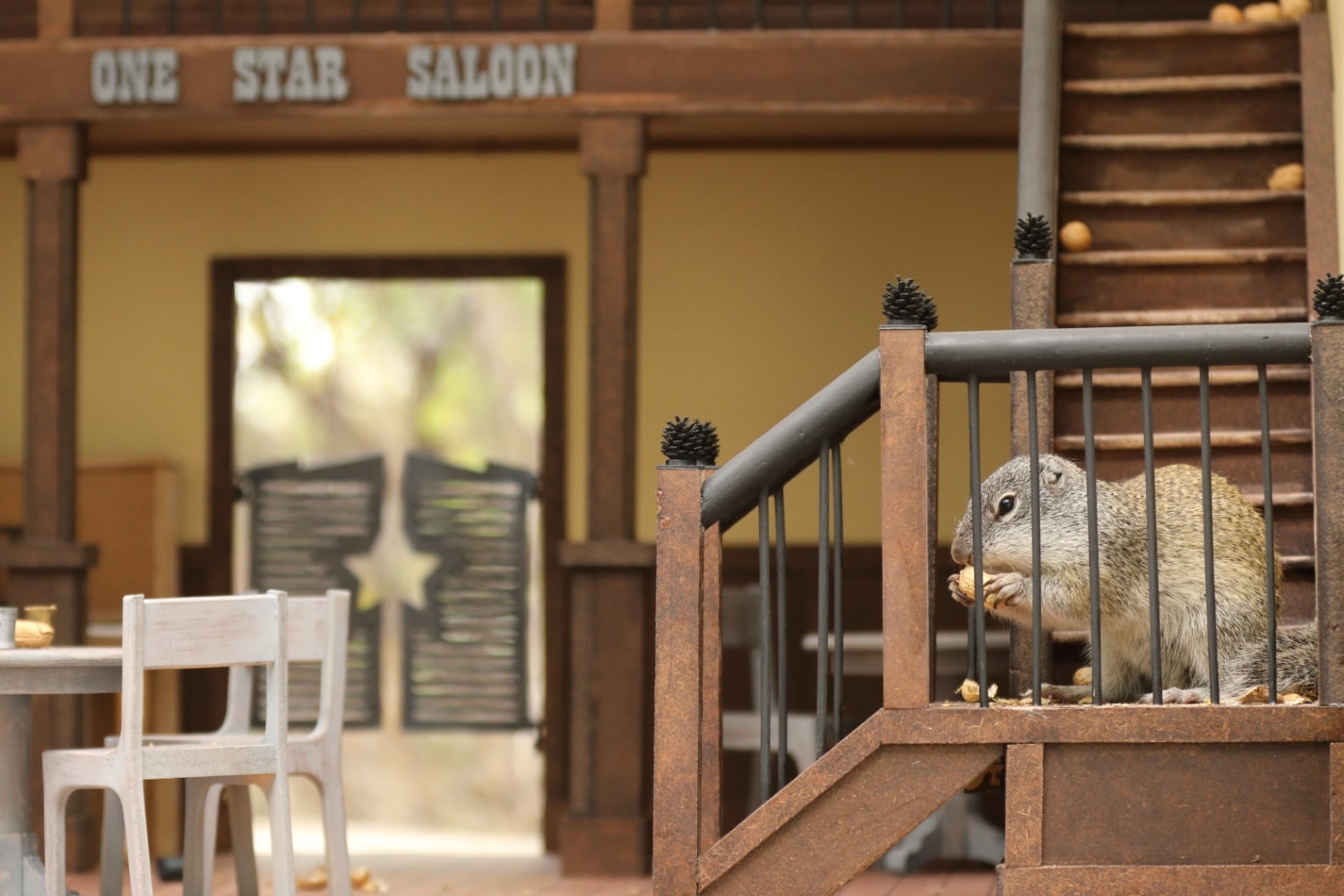 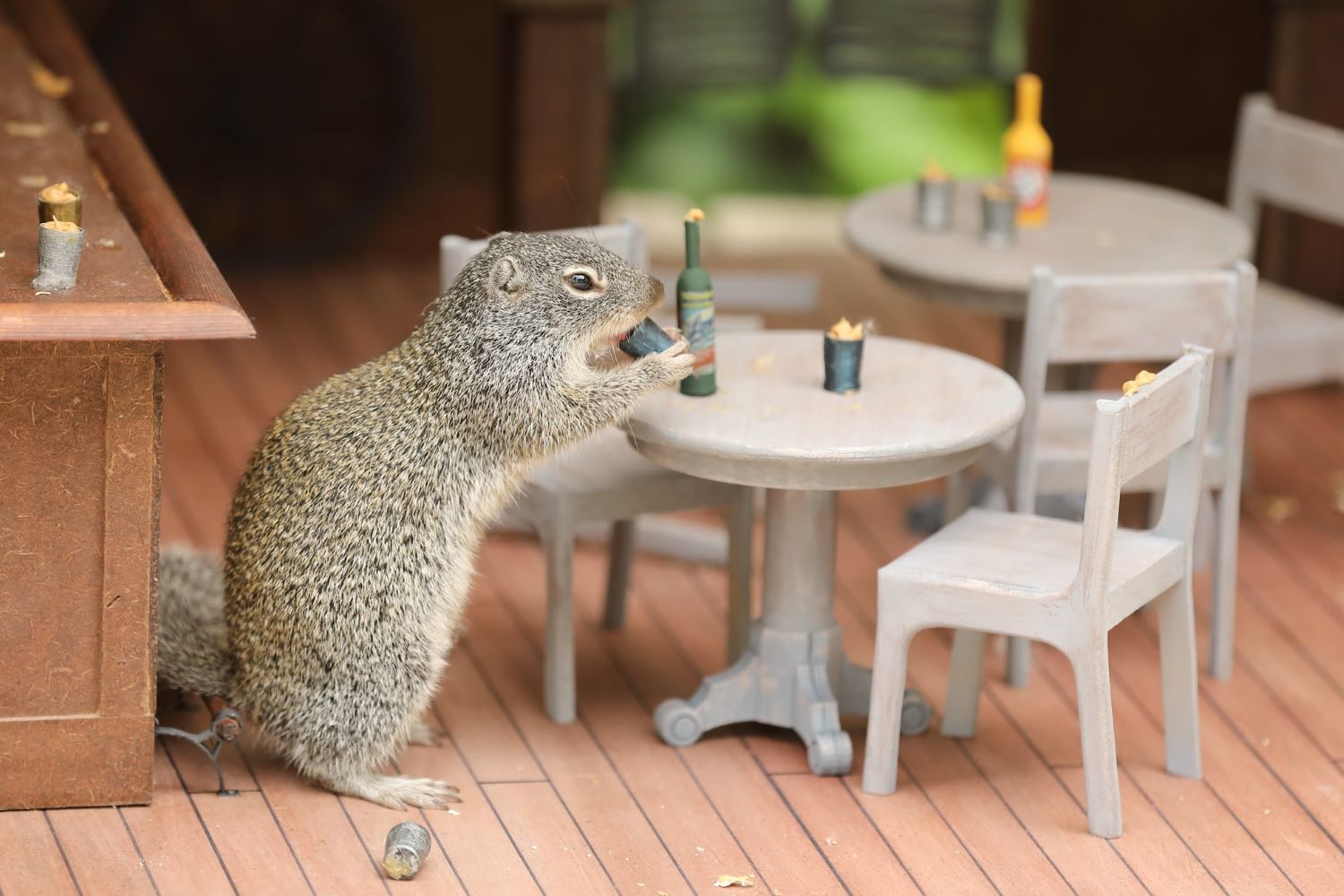 According to CBC News, Hunchak has been building his tiny backyard squirrel-only saloon since the beginning of quarantine. Using a 3D printer and his advanced skills in woodworking, The One Star Saloon in Saskatoon was built in over 100 hours.

Just in time for the province’s third phase relaunch, One Star was in business and only took 15 minutes for its first customer to check out the hotspot. That’s pretty impressive considering the lack of advertisement.

Now, weeks later the saloon is bumping, making the One Star Saloon a true success story, and maybe our new favourite concept bar.