Remembering Queen Elizabeth II: A look into the Queen's visits to BC over the years (PHOTOS)

From UBC and UVic to the PNE - Her Majesty saw it all!

On Thursday, September 8th, Britain’s longest-reigning monarch passed on. Many are mourning the loss of Her Majesty Queen Elizabeth II around the world, and reflecting on her legacy – as well as the legacy of the Crown in general.

From childhood to her 7-decade-long seat on the throne, Queen Elizabeth II certainly led an extraordinary life filled with countless travels. Part of these travels includes her multiple visits to BC over the years.

“The Queen held a special place in her heart for British Columbia. We were honoured to host the Queen seven times, six as reigning monarch,” BC Premier John Horgan wrote in a statement Thursday. 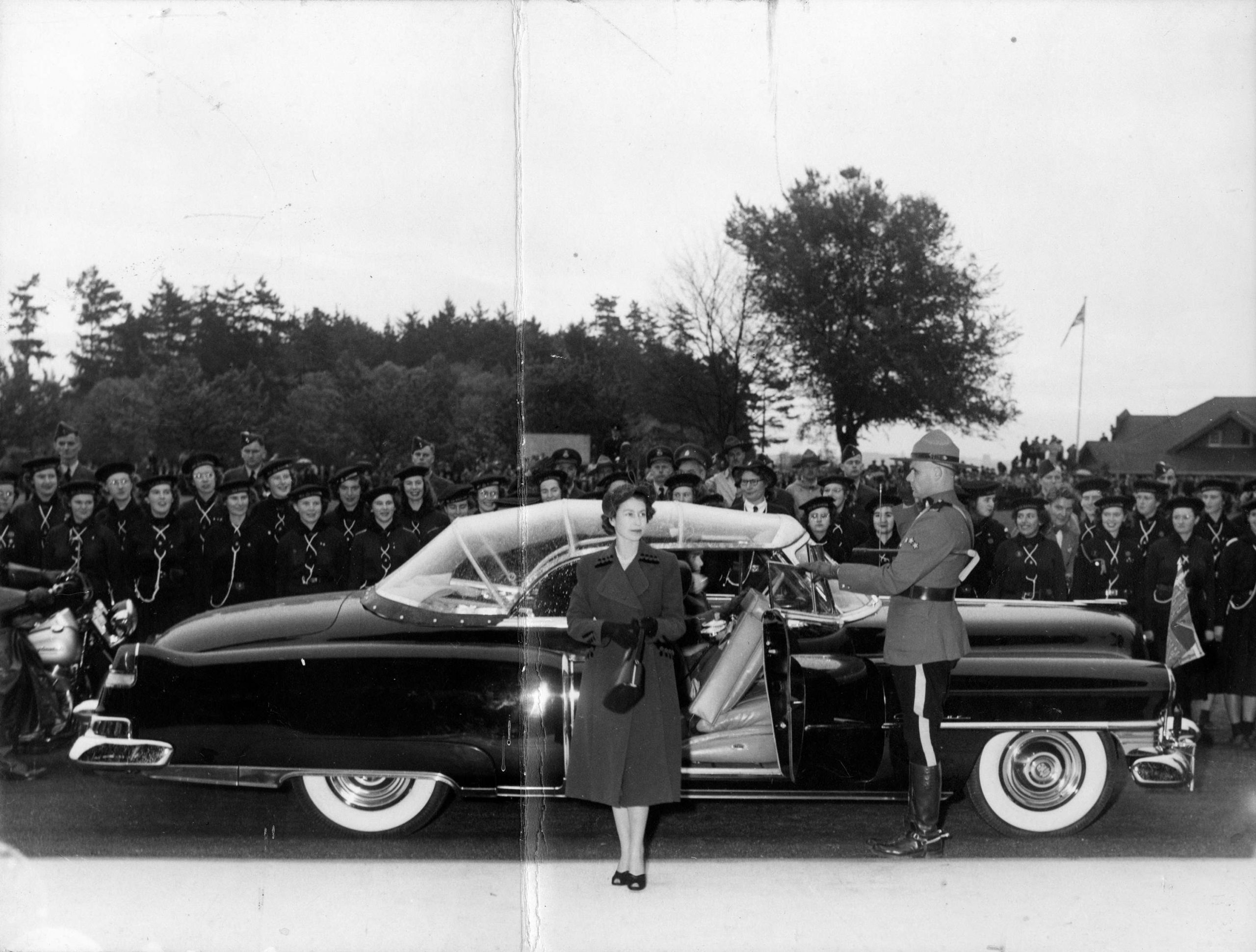 Photo via City of Vancouver Archives

During her first visit to Vancouver in 1951, the Queen was still known as Her Majesty Princess Elizabeth II. She travelled with Prince Philip by train for the five-week Coast to Coast Tour of Canada, stopping at several spots around town that would probably come as a shock to Vancouverites.

In addition to visiting the veterans at Shaughnessy Hospital and planting an oak sapling in Queen Elizabeth Park, the young royals caught a football game at UBC and a lacrosse game on the PNE grounds!

The royal pair also touched down in Victoria and Nanaimo, where they enjoyed a private retreat in Qualicum Beach. Only a month after leaving Canada, the 25-year-old princess would become Queen. 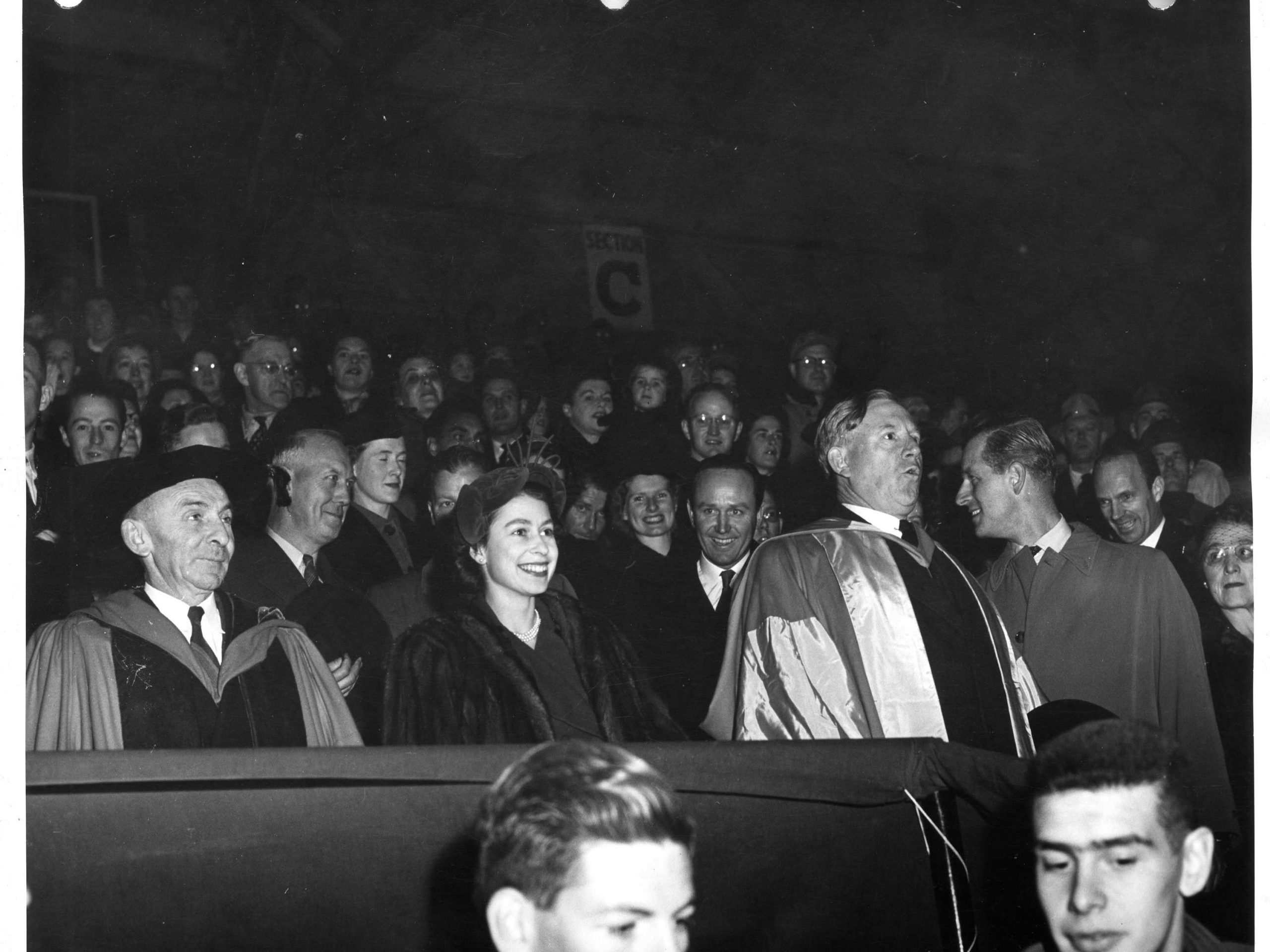 In the summer of 1959, the Queen and Prince Philip set out on the longest royal tour in Canadian history  – visiting all provinces and territories in a matter of 45 days. The royal train stopped in several BC cities en route to the Lower Mainland, including Golden, Revelstoke, Kamloops, and Spences Bridge.

It is during this trip that her namesake Queen Elizabeth Theatre was opened, and she was named “Ar-Oh-Muthl” (Mother of All People) by the Coast Salish community in Nanaimo.

The Queen even attended a performance of The Chocolate Soldier at Theatre Under The Stars! 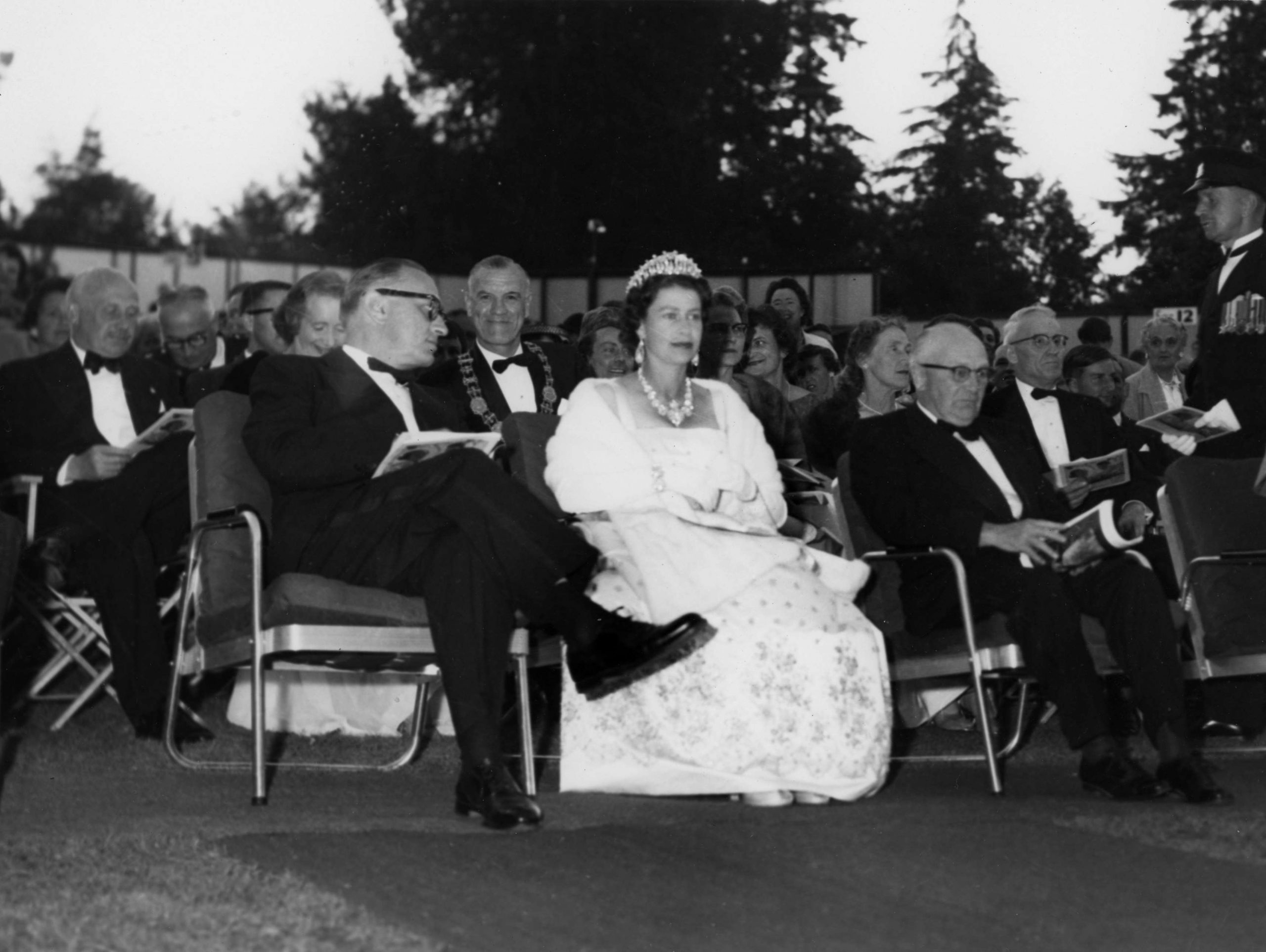 Flash forward to the ’70s. The royal couple returned to Vancouver in 1971 with their daughter, Princess Anne in tow, prepared to celebrate the centennial of BC’s entry into the confederation. The royal trio also stopped by a bathtub derby in Nanaimo, the Fort Steele Heritage Town near Cranbrook, and a rodeo in Williams Lake.

While she was in the area, the Queen attended a citizenship ceremony at Queen Elizabeth Theatre here in Vancouver, and officially opened Prince Rupert Regional Hospital.

Over the span of the ’80s and ’90s, the royals made a slew of visits to Vancouver, Victoria, Vernon, and Comox. This included a concert at the University of Victoria in 1983, and a groundbreaking ceremony the same year at the construction site of Canada Place, where the Queen broadcasted an open invitation to the world to attend Expo 86.

Later in the trip, Queen Elizabeth II flew to the Interior to celebrate Vernon’s 90th anniversary.

In 2002, the royal couple spent 12 days in Canada touring Nunavut, B.C., Manitoba, Ontario and New Brunswick in celebration of the Queen’s Golden Jubilee. While in Victoria, the Queen unveiled a stained-glass window in the BC Parliament Buildings in honour of her 50 years on the throne.

In Vancouver, she famously dropped the ceremonial puck at an exhibition National Hockey League game between the Canucks and the Sharks.

For a more detailed look back into Queen Elizabeth II’s extraordinary life and travels here in BC, you can visit here.