A new report from the comparison website RATESDOTCA has listed some of Canada's most livable places, at least on paper. The report…

A new report from the comparison website RATESDOTCA has listed some of Canada’s most livable places, at least on paper, for people ready to leave the big cities. The report looked at a variety of factors, from population growth to home price and even a subjective ‘scenery rating’. Here’s a quick rundown.

Basically, a fifth of Canadian homebuyers said they were moving away from a large city if they didn’t already. What’s more, over half of the respondents, in general, said that affordability was a key factor in choosing a place to live. So, we can see where they got the list from.

Related Posts:
KFC and Pizza Hut have joined forces for a special limited-edition pizza
The 10 craziest roadside attractions you can find in Alberta 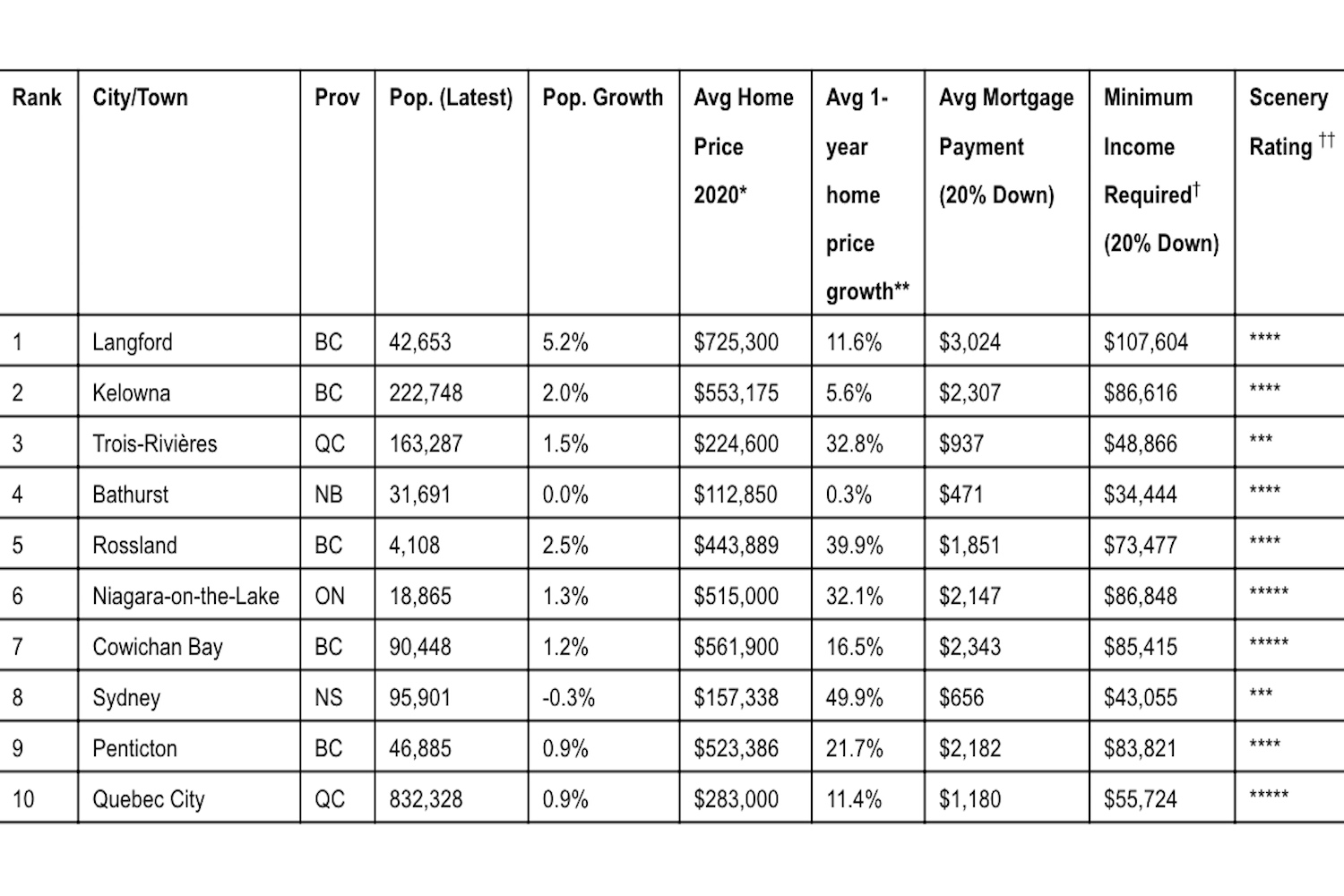 So for the ranking, if a town was relatively affordable (although, we don’t see median income included), growing, and had some good nature around, then those were good signs. All the better if property also appreciated over the past year. In addition to Langford coming in 1st, BC’s 5 inclusions were also the most of any province.

We won’t lie to you, it’s weird to see Quebec City (pop. 800,000+, and number 7 on the list of Canada’s biggest metropolitan areas) included in a list of places to move to if you’re trying to escape the city. But hey, we’re just the messengers here.

And aside from that, this is a pretty good snapshot of the Canadian real estate market outside of big cities. You can check out the full report on Canada’s most livable places right here.