Have you had Canada's most common dream??

From falling to old friends, exes and money, the images we see when we’re asleep can be delightful, frightening, or confusing – but just know that no matter what it is, you’re probably not alone! While we’d like to think that all of our hallucinations are individual to us, it’s likely that someone out there has experienced something similar or almost identical.

In fact, in a new study conducted by Mornings.co.uk, the most common dreams in the world were revealed, with Canada and the US sharing a prominent nightmare with 15 other countries.

Related Posts:
This dreamy region in Italy will actually pay you $2,800 CAD to get married there
Unwind & drift off under a bed of stars in this dreamy Alberta Airbnb 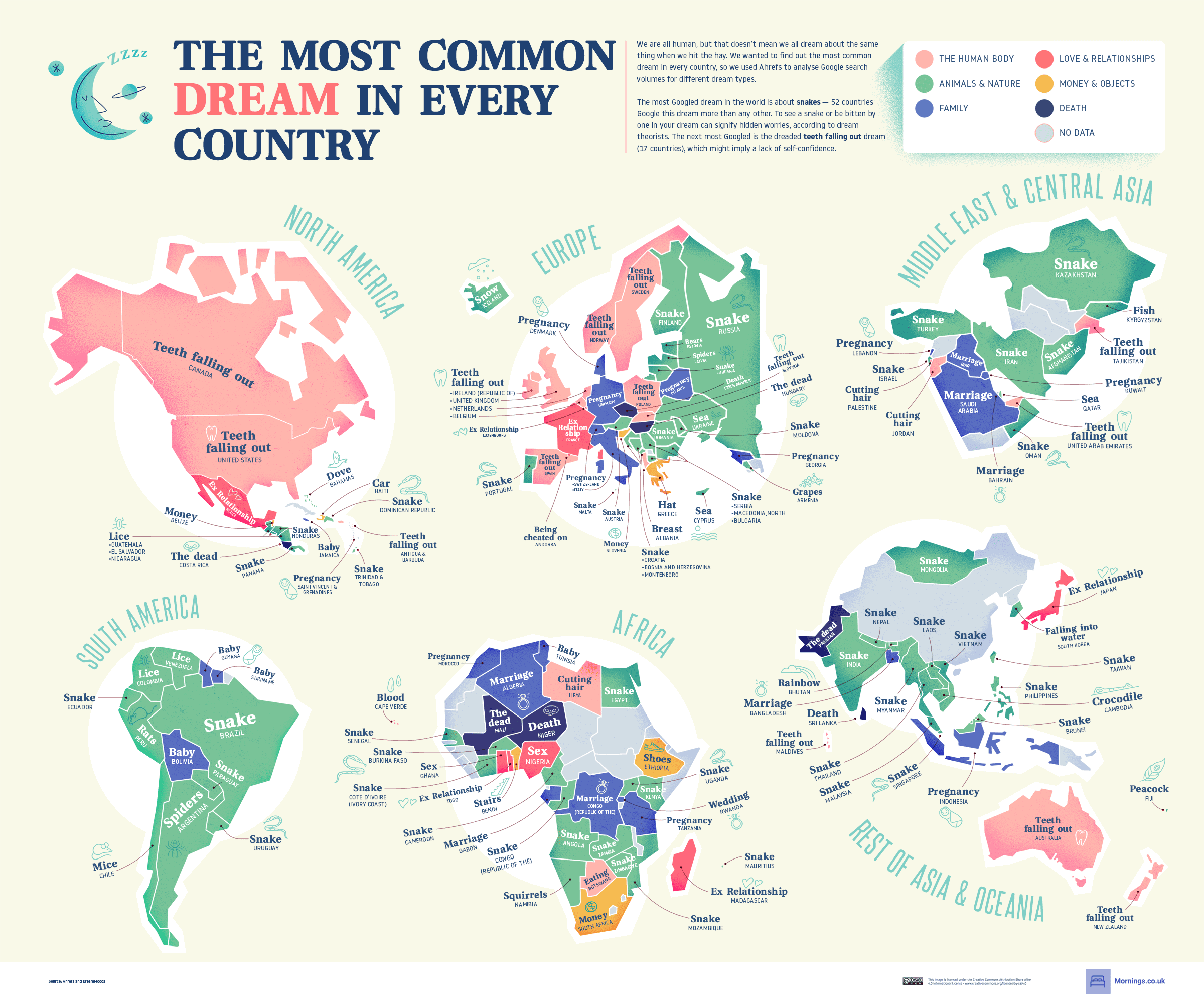 By ranking the most popular Google searches in each country, the website was able to compile a list of popular visions with the term “snake” coming out on top.

Common in 52 countries, it turns out that venomous worms rule the night, with everywhere from Brazil and Russia to Finland, India and Mongolia seeing them in their dreams.

The second most popular? “Teeth falling out,” which might strike a chord with you if you’re Canadian, American, Australian and from Noway and Spain (among others.)

According to dreammoods.com (who were consulted as part of the study), teeth falling out could mean one of two things:

“To dream about your teeth falling out might signify a lack of self-confidence or embarrassment about your shortcomings,” the wrote.

“If you acted calmly in your dream, that might point you towards how to make the best of any situation.”

As for snakes? Similarily to teeth falling out, dreams of snakes can represent hidden fears of worries that you might have.

Sound familiar? To see the entire study of the most common dreams in the world, or to read more check out the table above!

Who knows, you might just learn something deeper about yourself!

This 17,000 sqft mansion for sale in Alberta has a 20 person hot tub & massive walk-in closets