Where there's a body of water, there's a lighthouse 🌊

Looking for some new day trip destinations to mix things up this month? BC is home to some of the most beautiful lighthouses in the country – and they all come with their own story.

Let’s dive right in (no pun intended). Here are 8 scenic lighthouses in BC you can check out this summer. 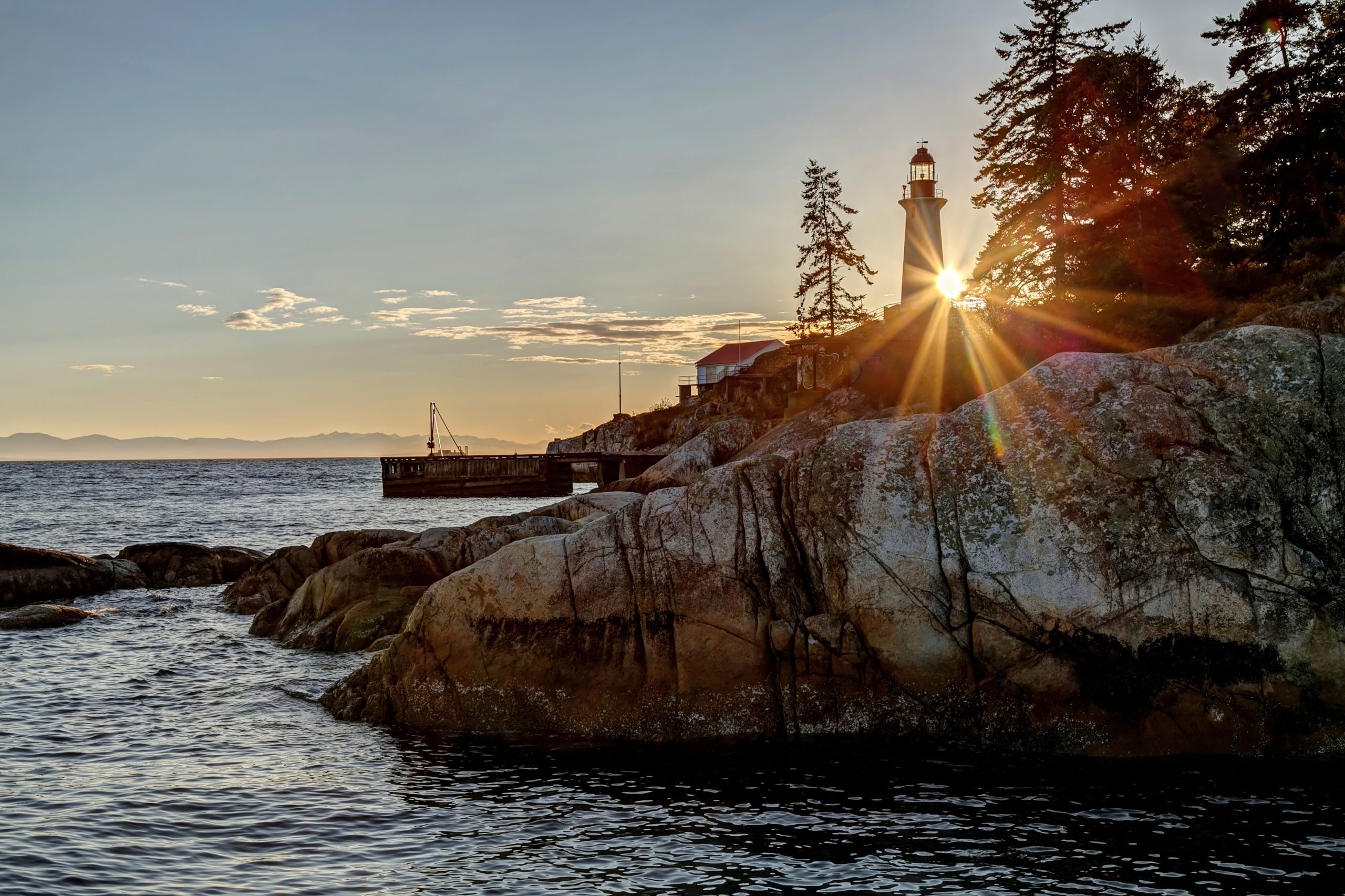 We’ll start out with arguably the most well-known lighthouse in the area – West Van’s Lighthouse Park. Super accessible to Vancouverites, the park consists of giant forest trees, sweeping views of the ocean, old dwellings and tidal pools to explore, and a ton of great hiking nearby. Pack a lunch and a picnic blanket for a classic summertime experience – not too far from the city. 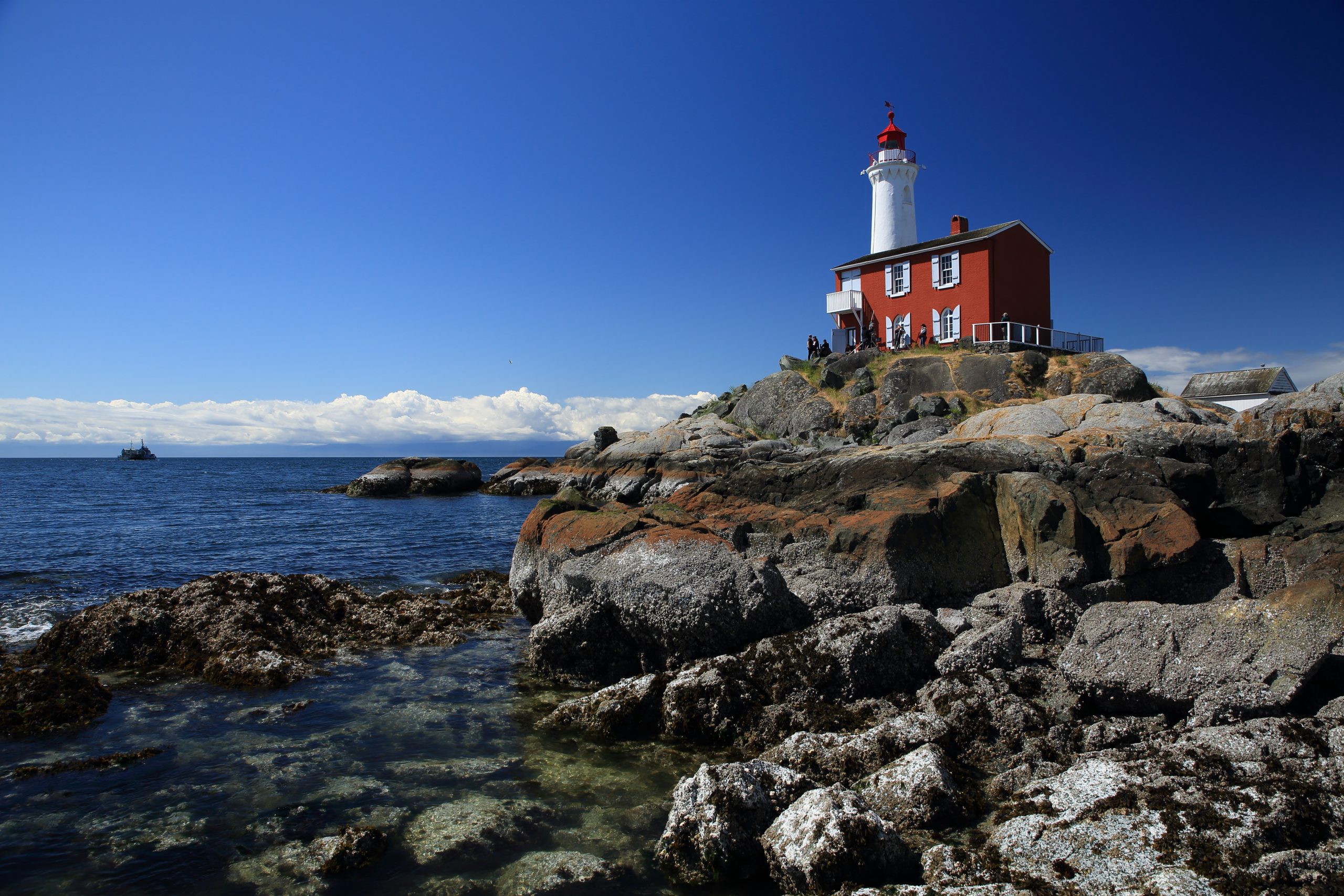 This one’s for the local history buffs out there. Completed in 1860, the Fisgard Lighthouse was the first permanent lighthouse on Canada’s Pacific coast. Its home is in Colwood, BC on Fisgard Island, on the east side of the entrance to Esquimalt Harbour. The lighthouse consists of a two-storey light keeper’s residence with an attached light tower and was formally recognized as a national historic site in 1958. 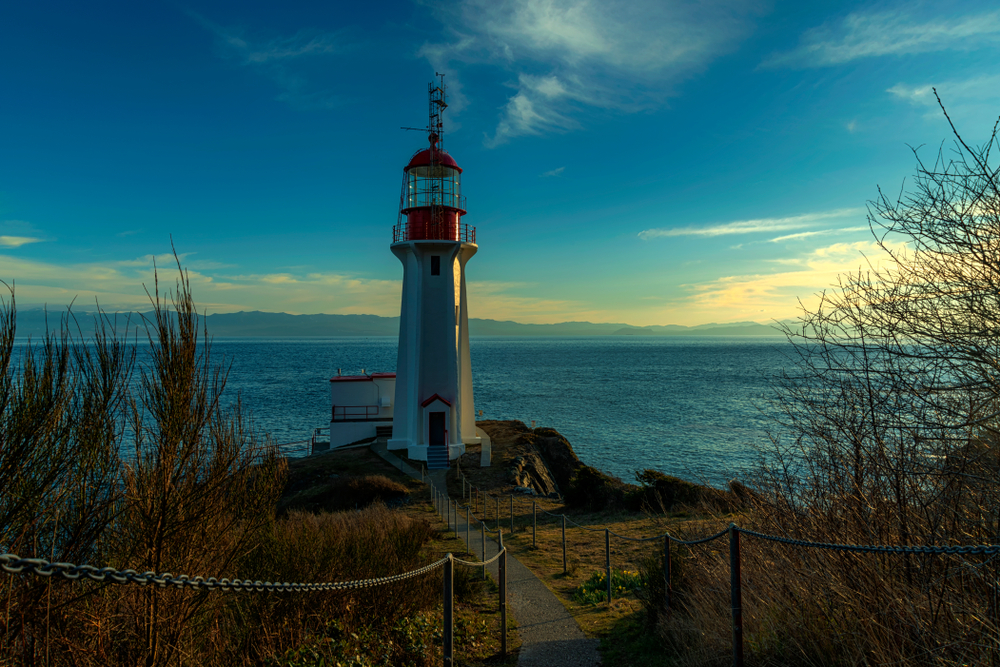 Sheringham Point Lighthouse is a beautiful, picturesque spot along the rugged south coast of the Island that’s a must-visit if you’re in the area. It’s just an hour’s drive from Victoria – so be sure to stop by for some pics and get a quick hike in along the stunning Sheringham Trail.

Where: 1 Sheringham Point Road, Shirley, BC 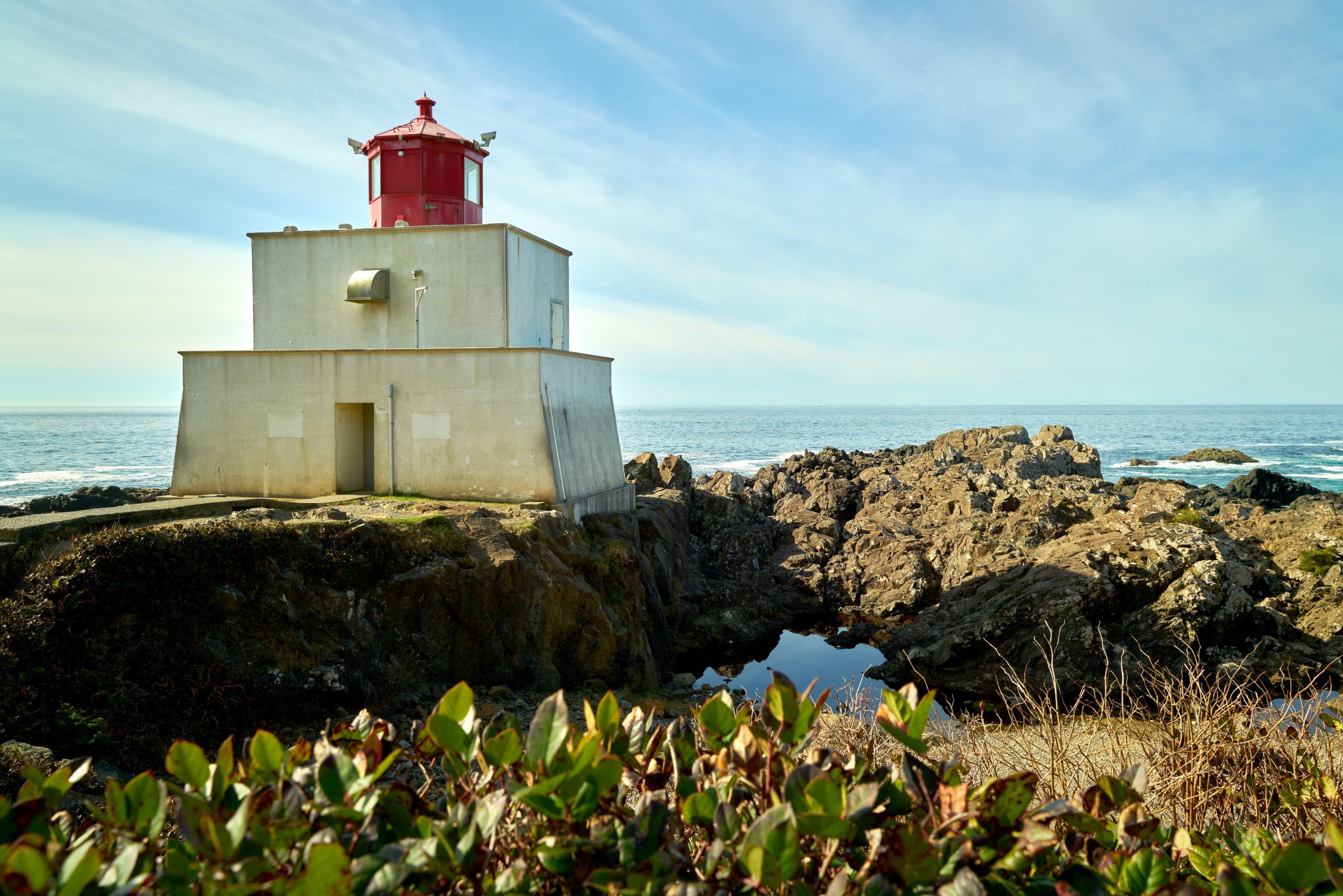 If “hauntingly beautiful” was a place. Amphitrite Point Lighthouse is located near Ucluelet and is known for the fog that rolls in along the rocky coastline, in a very Northern California-esque fashion. The lighthouse is actually named after Amphitrite, the goddess of the sea and wife of Poseidon in Greek mythology – so that holds up. Prepare yourself for a pretty easy-going hike surrounded by heavy forests and lush greenery.

The Pachena Point Lighthouse is an interesting tidbit of West Coast history you can visit. Situated on Vancouver Island about 13 kilometres south of Bamfield in Pacific Rim National Park, the lighthouse sits at around 200 feet above sea level. The view from down the 100-foot cliffs surrounding the lighthouse is certainly breathtaking – but you’ll want to explore with caution! The lighthouse was one of many built along the western coastline in an effort to reduce the number of shipwrecks that once plagued the area.

Where: ALBERNI-CLAYOQUOT, SUBD. B, BC

Recent Posts:
The Big Apple: This budget-friendly airline just launched non-stop flights from Vancouver to New York
Just Fore Fun: 14 of the best public golf courses to play at in BC

Situated just south of the Alaska border, Green Island Lighthouse is BC’s northernmost lighthouse. So it definitely has some bragging rights if you visit. The lighthouse is located in Chatham Sound, about 40 km northwest of Prince Rupert. The structure that stands there today was constructed in 1956, replacing the 1906 original.

Where: Green Island, Skeena-Queen Charlotte A, BC 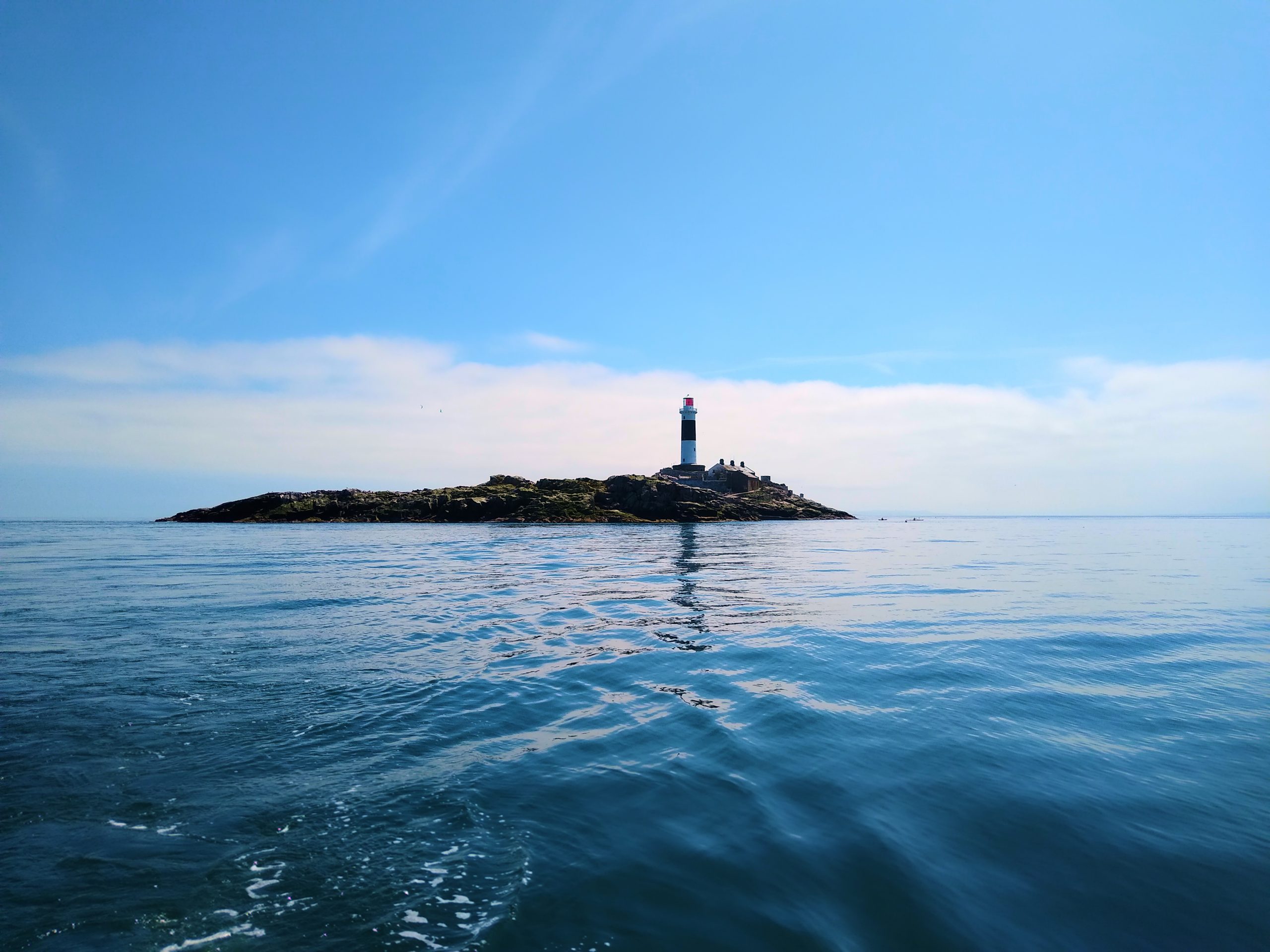 Custom designed for its unique location, The Triple Island Lighthouse stands on a tricky islet near Prince Rupert – completed in 1920. It’s very visible to marine traffic and was actually built to aid ships using the Inside Passage to Alaska. Currently, the historic site is undergoing heritage rehabilitation, but it still makes for a cool visit if you’re in the area!

Where: Hecate Strait, Tripple Islands, BC 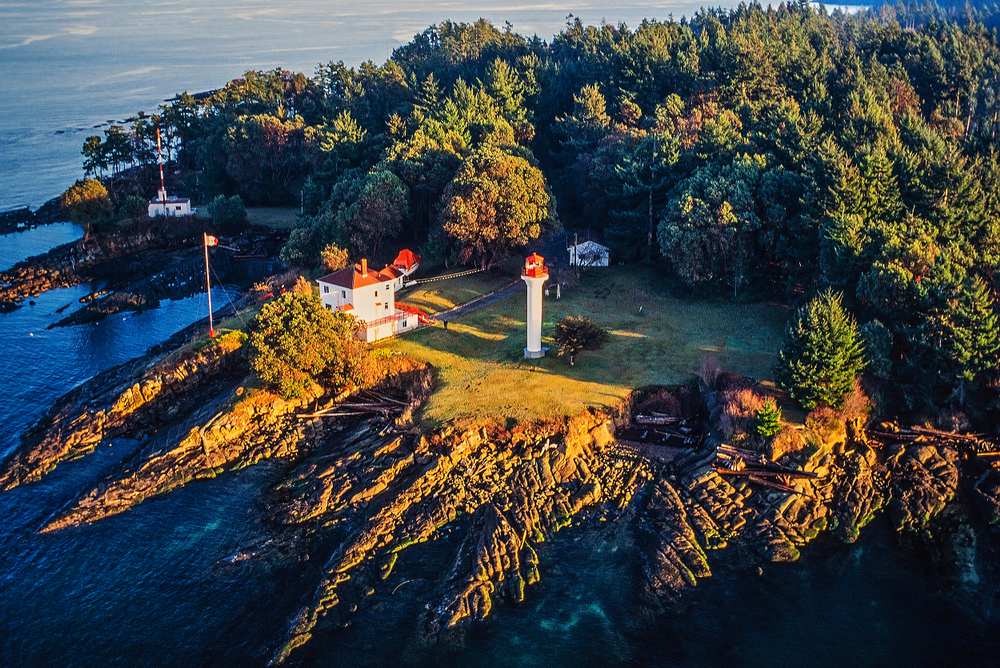 Last but not least, we have the Active Pass Lighthouse, a 13.7-metre tall cylindrical lighthouse on Mayne Island in the Georgia Strait. Completed in 1969 to mark the entrance to Active Pass, the spot is a great destination for mountain views, ferry-watching, and seal/sea lion spotting.

That’s all for now, Vancouver! We hope you end up visiting a couple of lighthouses this season. 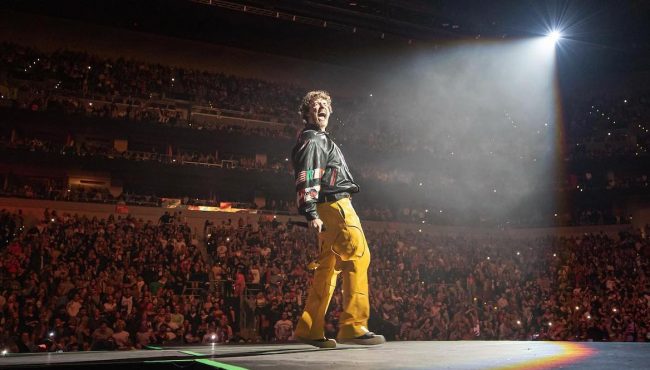