15 weird things that only happen in Canada

From chips covered in ketchup to maple syrup treats rolled in the snow, us Canadians don't shy away from the unconventional. We're…

From chips covered in ketchup to maple syrup treats rolled in the snow, us Canadians don’t shy away from the unconventional. We’re a pretty big country– the world’s second-largest, in fact– so we have some pretty diverse customs, foods, and events. Let’s dig into some of the weirdest ones, shall we? Here are 15 of the most unique Canadian-isms that look weird to everyone outside the Great White North!

We have bagged milk

It’s a bird! It’s a plane! Nah… it’s milk in a bag. This trend started with a Canadian company called DuPont, which unveiled thin plastic bags that could be used to store and sell milk in 1967. Noticing that bags were cost-efficient and practical, the dairy industry began ditching glass bottles– and voila, a weird Canadian practice was born. 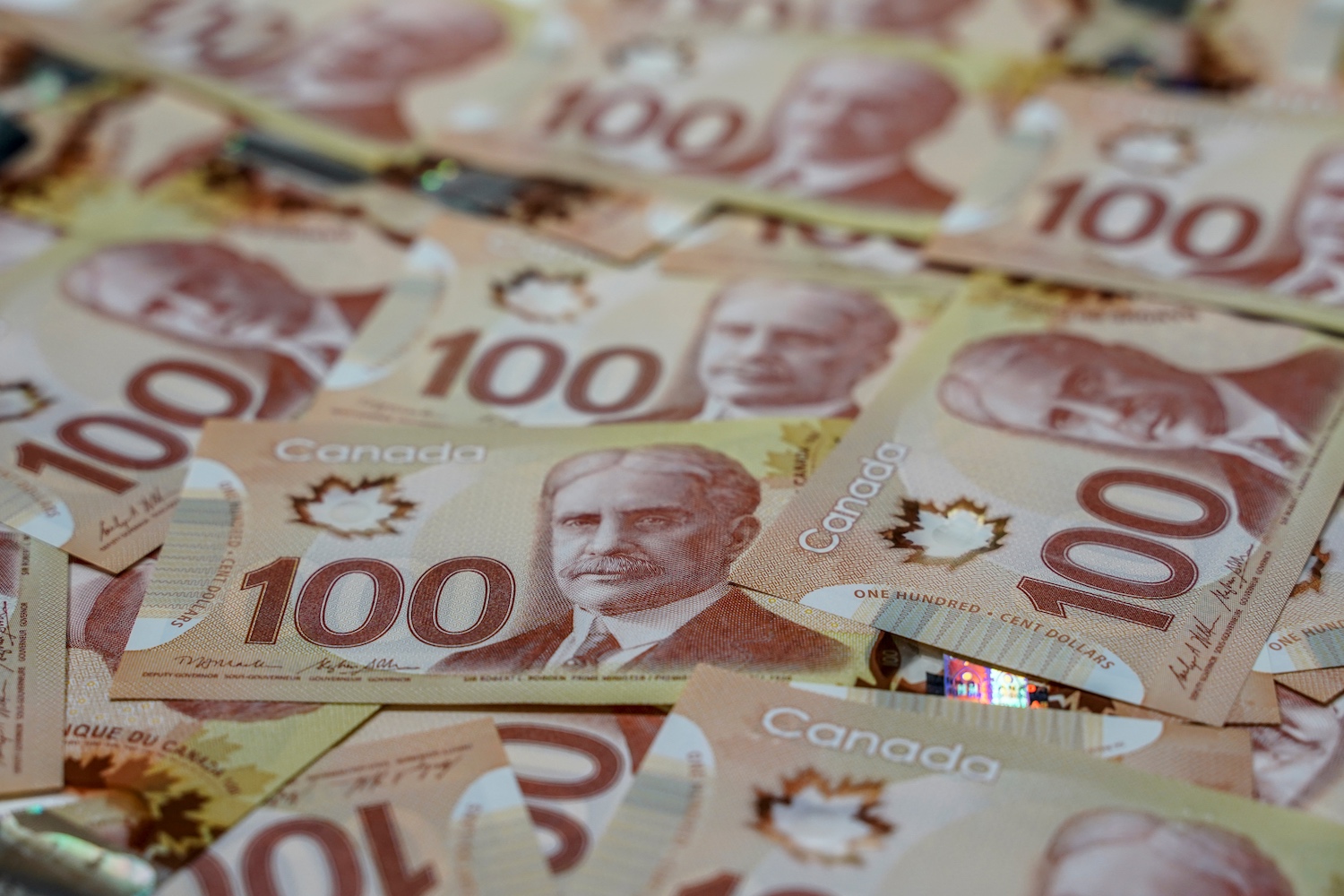 Paper money hasn’t been as cool since COVID, but if you’ve taken a look at our bills you’ll notice their plastic-like material. That’s not totally unique to us– Vietnam and New Zealand have these kinda bills too– but the clear strip running through it is 100p Canada. We’re the only country with see-through notes, and we’re also the only ones to say “eh buddy, toss me a toonie and I’ll give you two loonies!” Oh, and legend has it that our hundred-dollar bills smell like maple. Not that we encourage sniffing money from God-knows-where or anything.

Ahhh, KD. There’s really nothing like some neon orange pasta to get you in the mood for some puck on the ODR. When it comes to chowing down on Kraft Dinner, Canadians eat a shocking 55% more of it a year than Americans do! And here’s the kicker: out of the 7 million boxes sold weekly around the world, Canadians purchase 1.7 million of them. We’re not even mad, we’re just impressed. 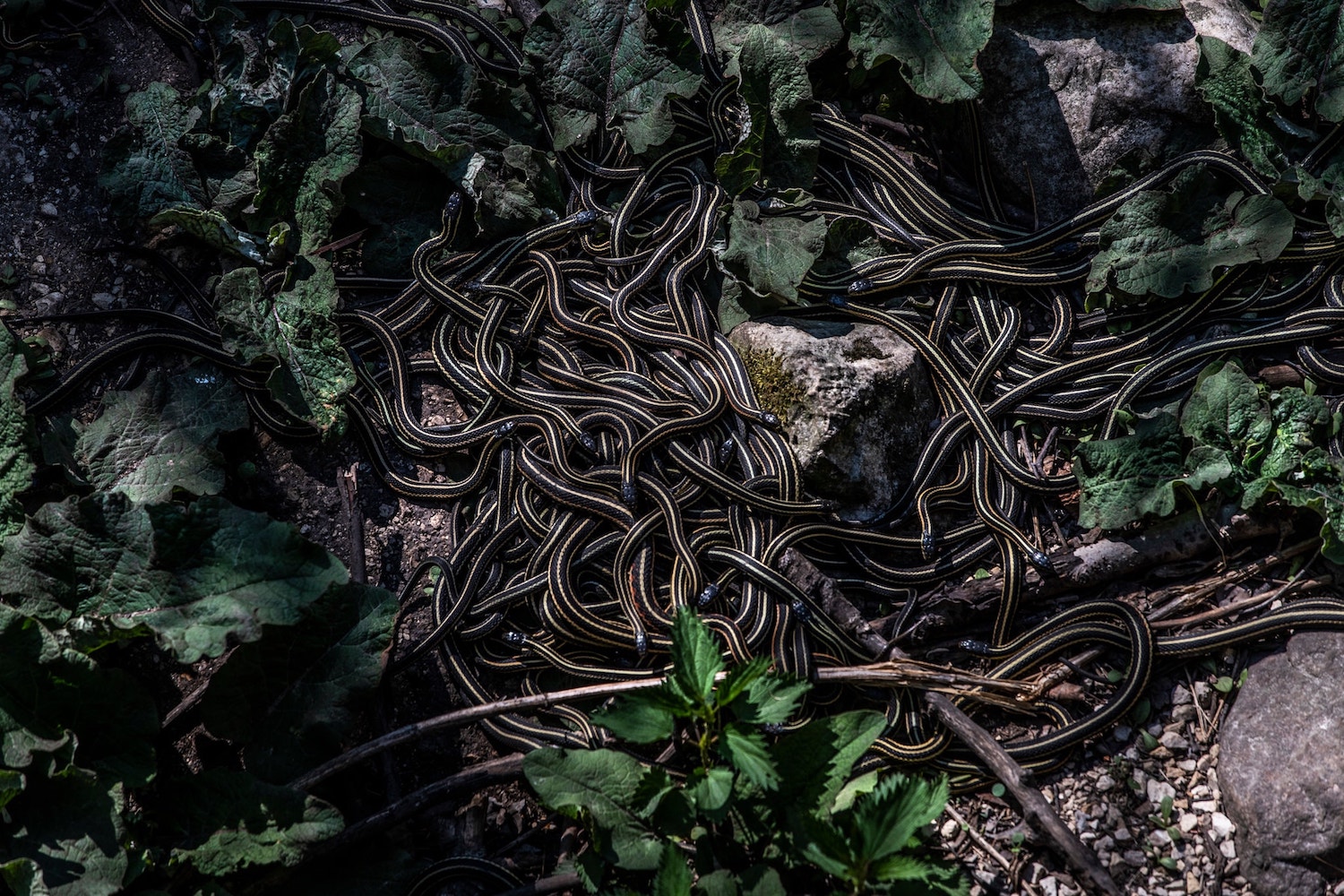 No, we’re not talking about people. No shade to ‘Toba. But if you want to see more snakes all at once than anywhere else in the world, you should head to Manitoba’s Narcisse Snake Pits. Twice annually, thousands on thousands of red-sided garter snakes head to the surface of their winter dens to mate. So when we’re not riding polar bears to work, we can check out tons of reptiles getting freaky. Awesome. 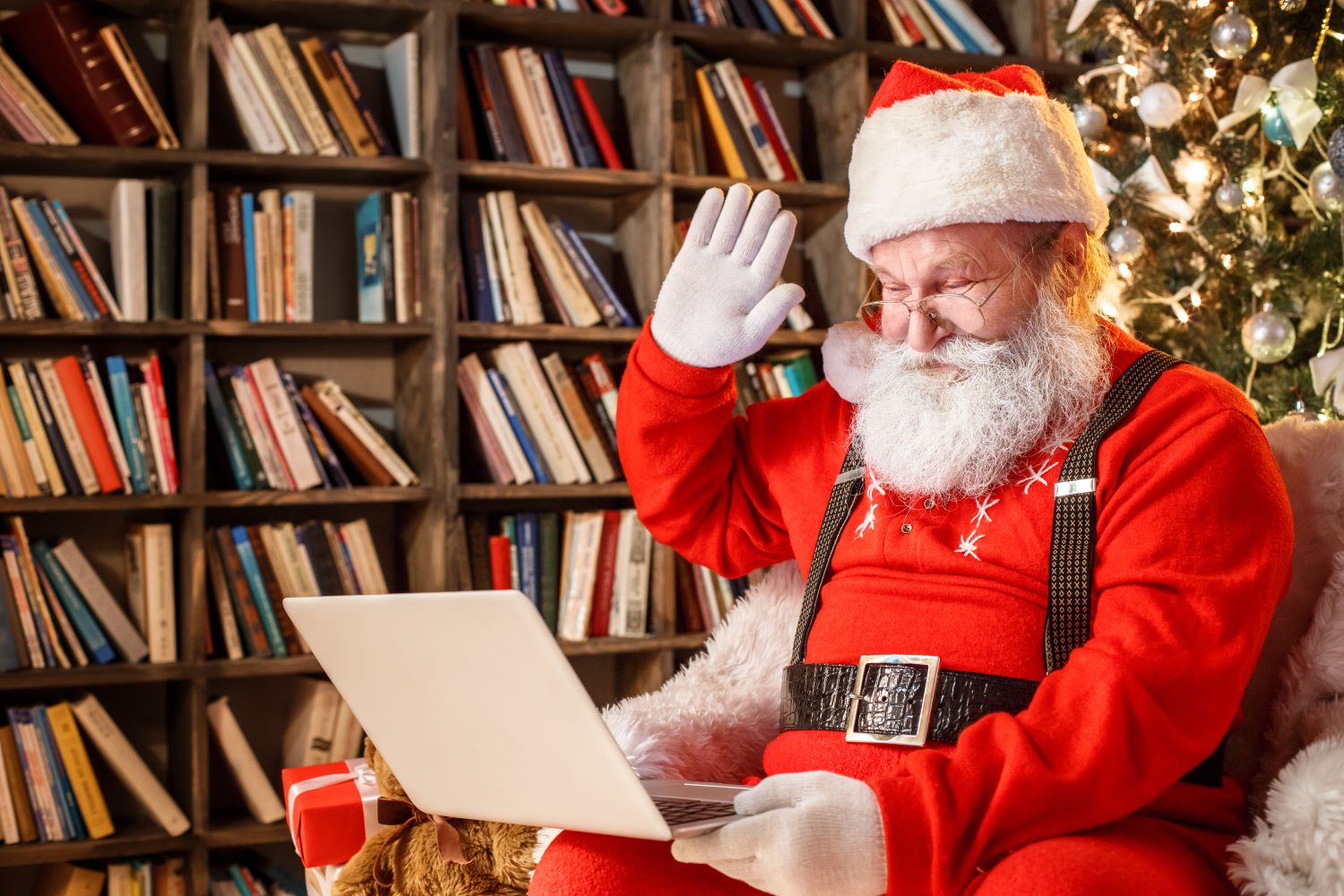 Forget what you’ve heard. Santa definitely exists, and he definitely lives here. Or at least his letters do! Whether you mail Santa a letter from Tanzania or Turkey, it ends up in Canada. Saint Nick’s official address at the North Pole (Postal code: HOH OHO, obviously) is owned by Canada Post. This means volunteers reply to millions of letters each year in over 30 languages! Oh, and in 2010, then-Citizenship, Immigration and Multiculturalism Minister Jason Kenney declared Santa Claus as a Canadian citizen.

We may not all say “eh” or “sorry” every 2nd sentence, but some Canadian stereotypes are right on point. For instance, we literally harvest icebergs. Every spring, massive chunks of ice float down from Greenland to Newfoundland, where locals use them for quintessentially Canadian products. Think skin care creams, and the good stuff: wine, vodka, and beer!

Our ice hotel is real nice 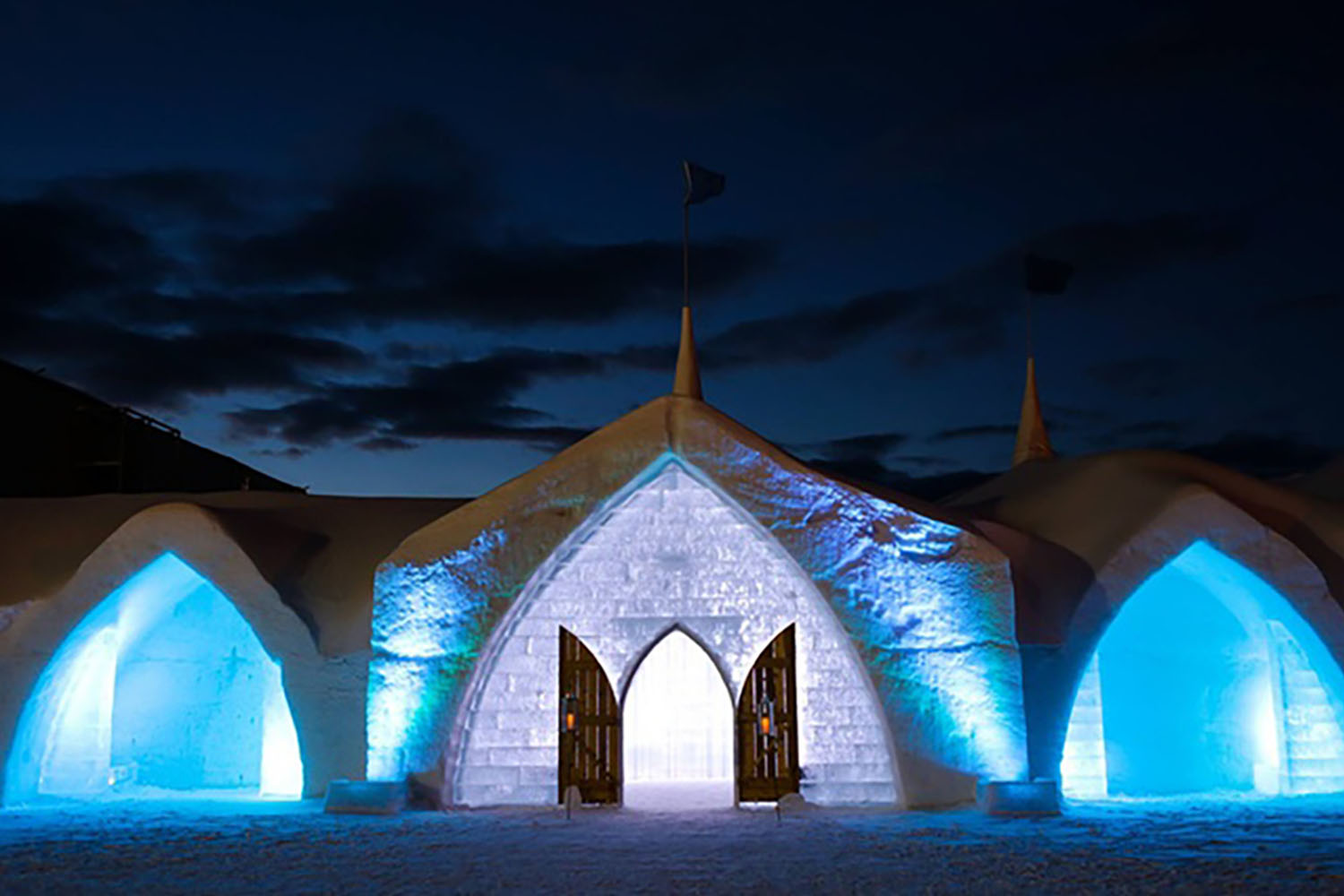 There truly is no cooler place to stay in Canada than the incredible Hôtel de Glace in Quebec. There’s an ice slide, an outdoor spa and sauna, and over 30,000 tons of snow and 500 tons of ice making up the building. It’s as impressive structurally as it is visually, and it’s definitely a bucket list stay for anyone who appreciates ice puns. Snow joke. 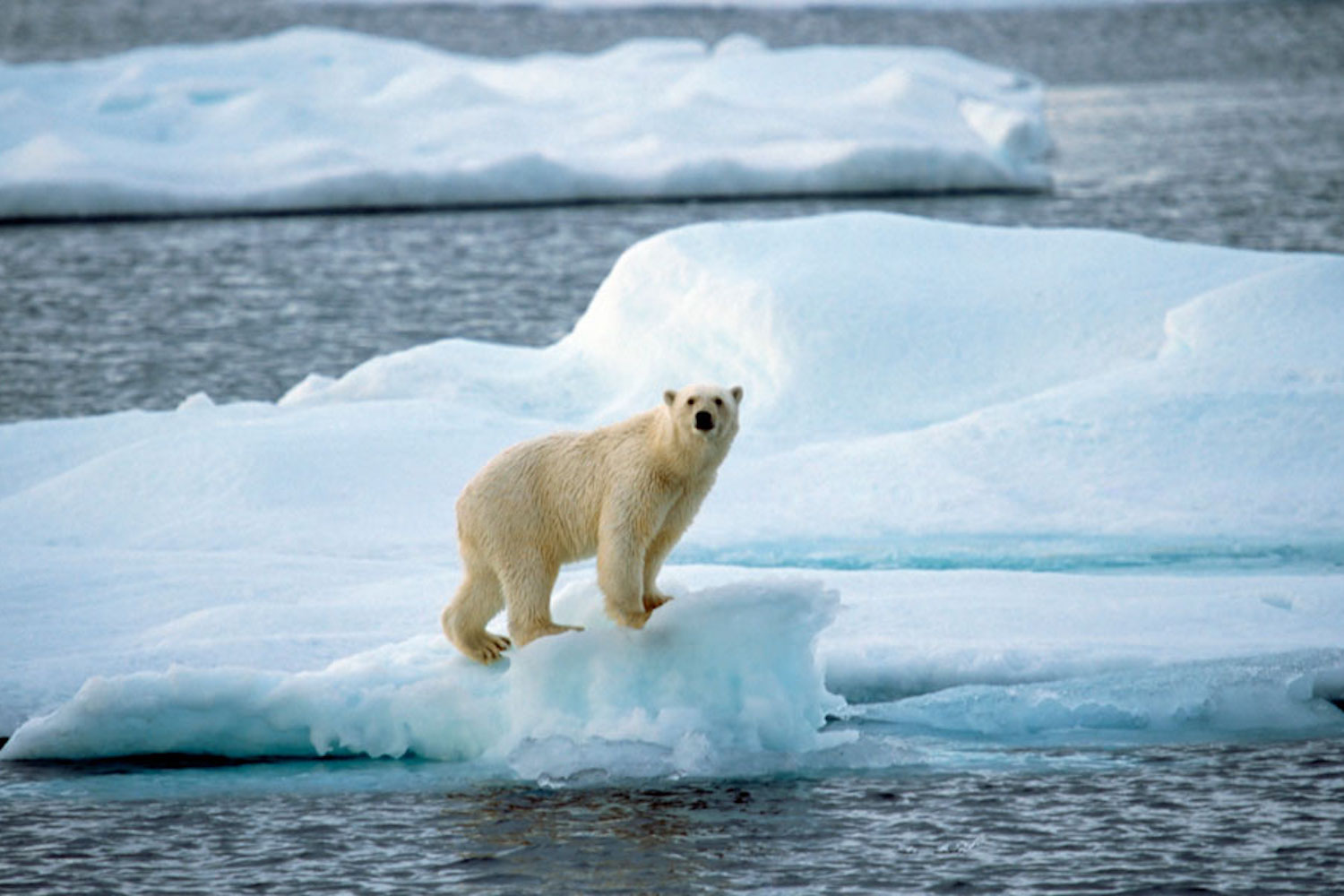 Fun fact: areas around Hudson Bay have lower gravity than other parts of the world. This means the average resident there weighs about a tenth of an ounce less than they would weigh elsewhere, even after a hefty iced capp. So, why does his happen? Scientists believe it’s caused by a combo of convection occurring in the Earth’s mantle and the Laurentide Ice Sheet. Essentially, it doesn’t make a lot of sense but it does give us another reason to treat ourselves.

People may expect us to race moose or beavers, but actually, we prefer bathtubs here in Canada. This wild tradition dates back to 1967 in Nanaimo, BC. People didn’t wanna just throw out their old tubs– that would be throwing the baby out with the bathwater– so instead, they converted the tubs into racing machines. The annual aquatic tradition is a part of the weekend-long Nanaimo Marine Festival held every summer. In fact, concerts, art workshops, a ton of vendors, and other parties are planned around this crazy event!

Our country’s cocktail of choice includes clams and tomato juice 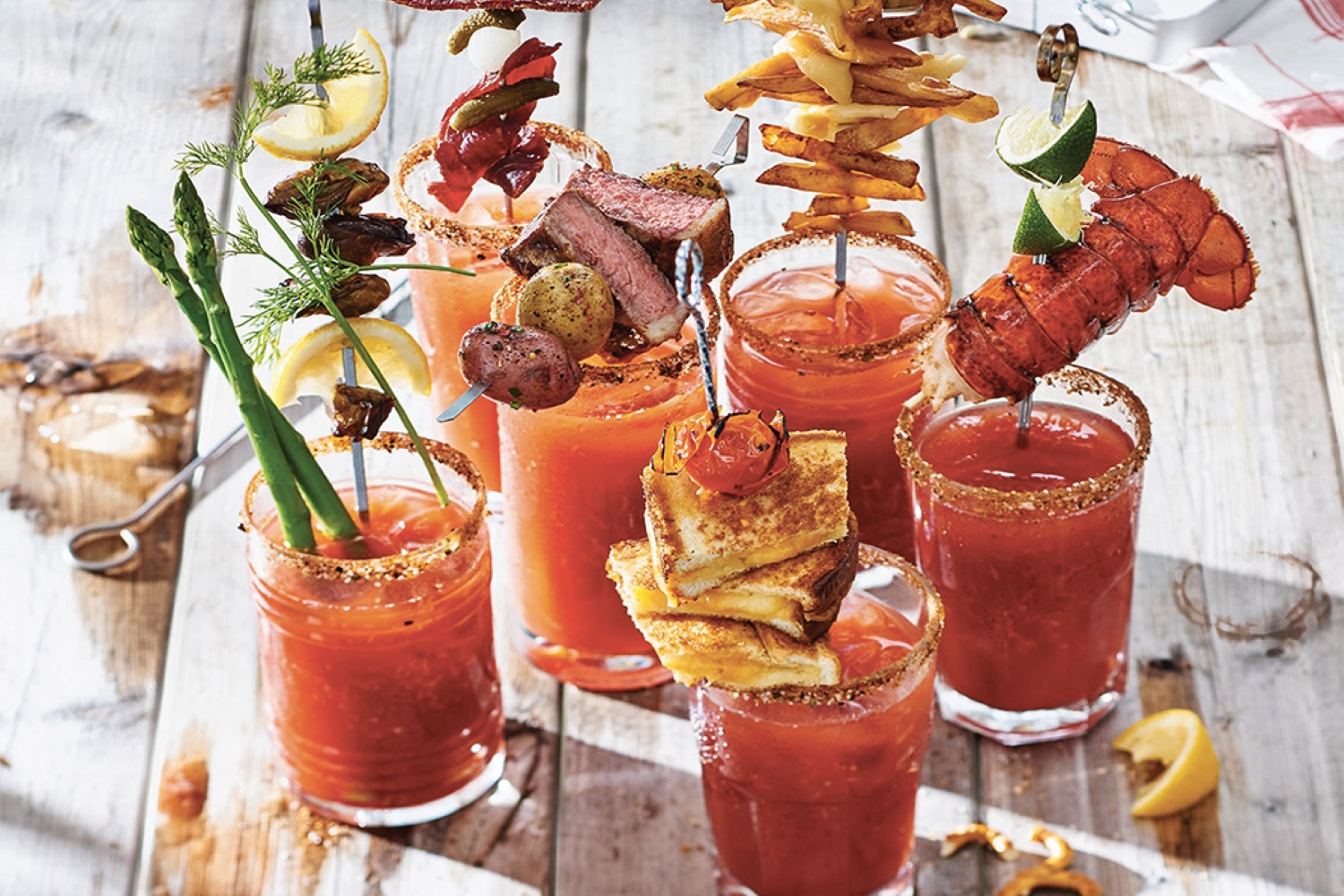 When you think about it, Caesars are a hell of a weird drink. We’re honestly still shocked that someone paired clam juice with tomato juice and actually did something– but hey, we’re never gonna turn down happy hour on the patio with this bad boy. (Especially if you’ve got a hefty “garnish” of grilled cheese, hot dogs, or 80 pickles on top. We don’t discriminate.)

We have some of the world’s best hot springs 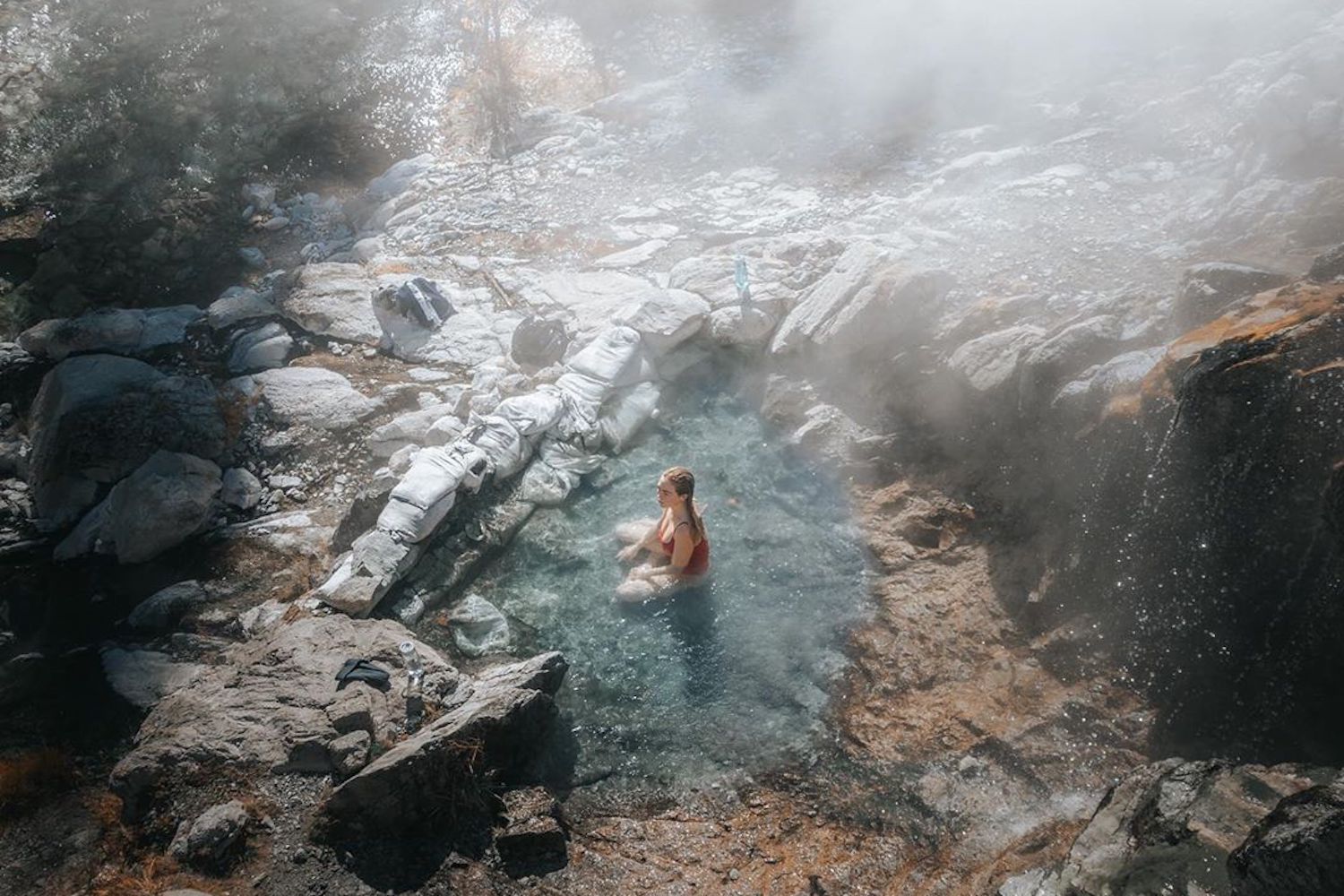 The best way to forget it’s -40°c out? Melt your actual skin off in a hot spring! Okay, that’s a bit dramatic, but our geothermal pools can get real spicy– up to +40°c! Most of our country’s best natural baths are located in western Canada, so head on over there to take a gratuitous influencer pic amidst the Rockies.

Our seasons don’t play by the rules

Only in Canada can it go from -19°c to 22°c in one single hour. Yeah, this actually happened Alberta back in the ’60s. Whether it’s a super quick shift from winter to spring or a dose of snow in summer, Canada’s weather keeps us guessing. Pro tip: just always pack mittens.

We roll maple syrup in snow to treat ourselves 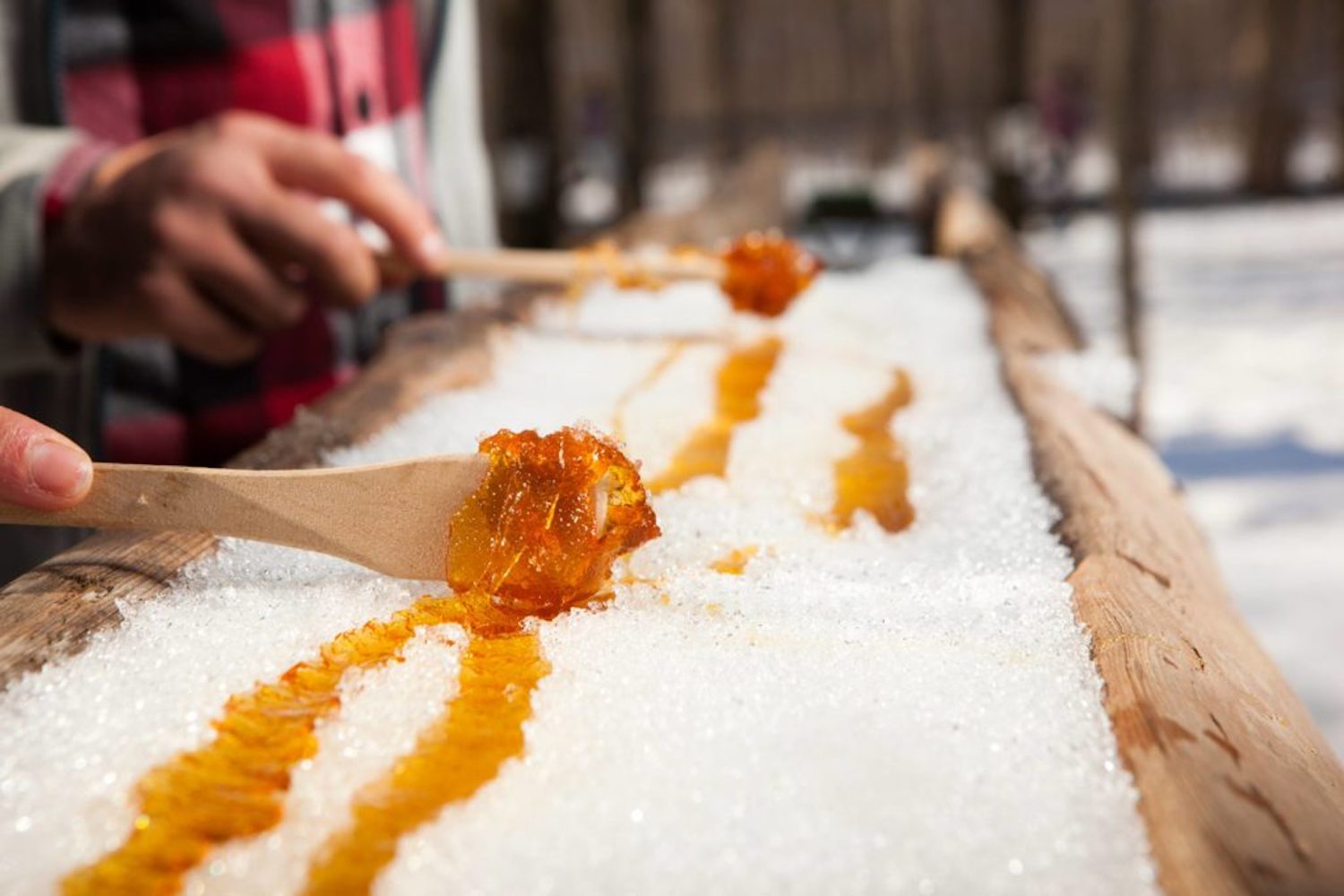 What’s the most Canadian thing you can do? Probably pour maple syrup in the snow, and then eat it. Wow, we’re a crazy bunch. Quebec has tons of Sugar Shacks that take advantage of the flowing maple sap year-round, and the winter snow is the perfect way to serve the iconic northern treat!

Our skies light up with crazy hues 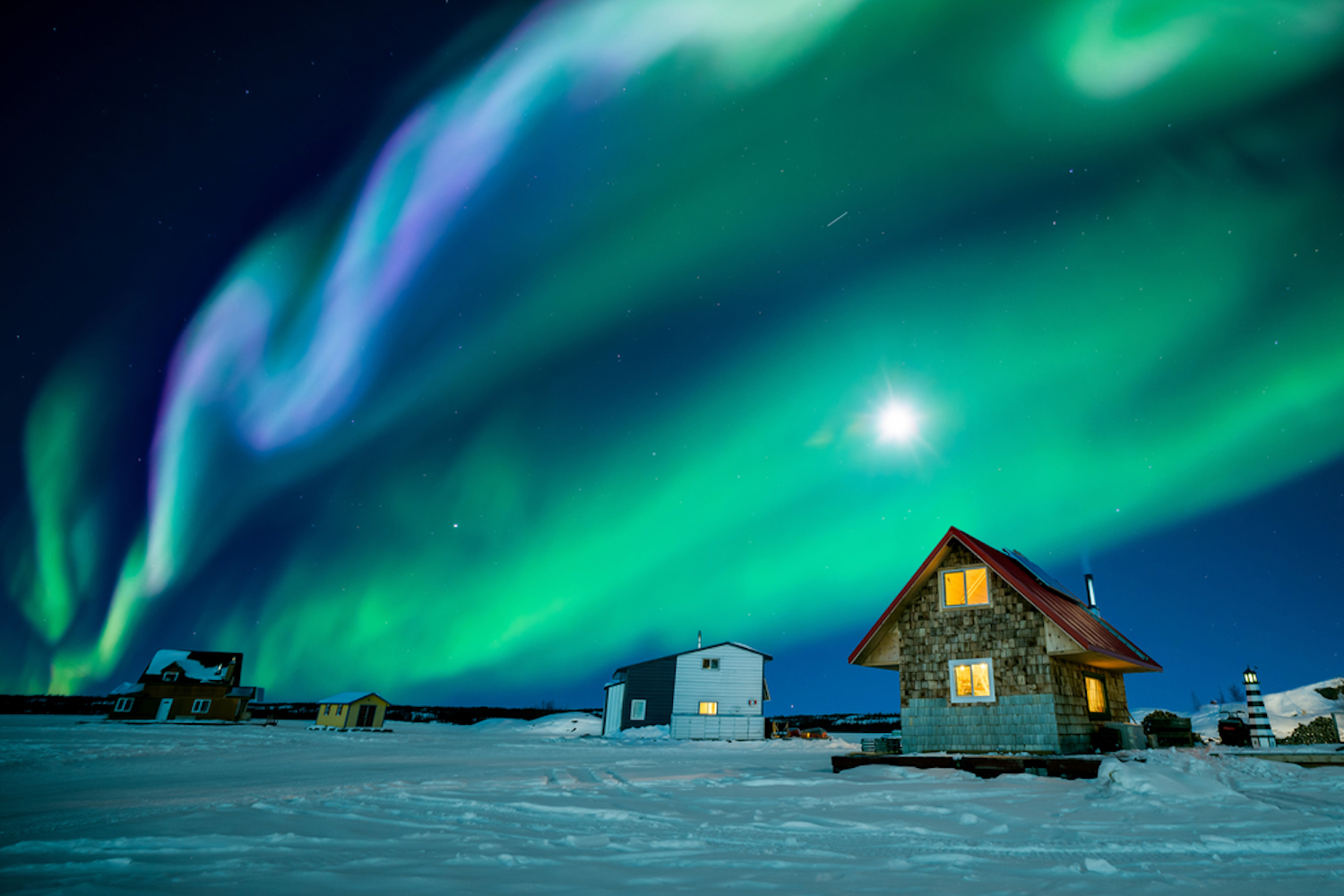 If you’re keen to take on the long nights of a northern Canada winter, there could be a stunning reward waiting for you! We have some seriously incredible Northern Lights up there. Native Cree people call it “the dance of the spirits,” and it’s an unmissable sight. Auroral displays appear in many colours, but pale green and pink are the most commonly seen!

We don’t mess around when it comes to pond hockey 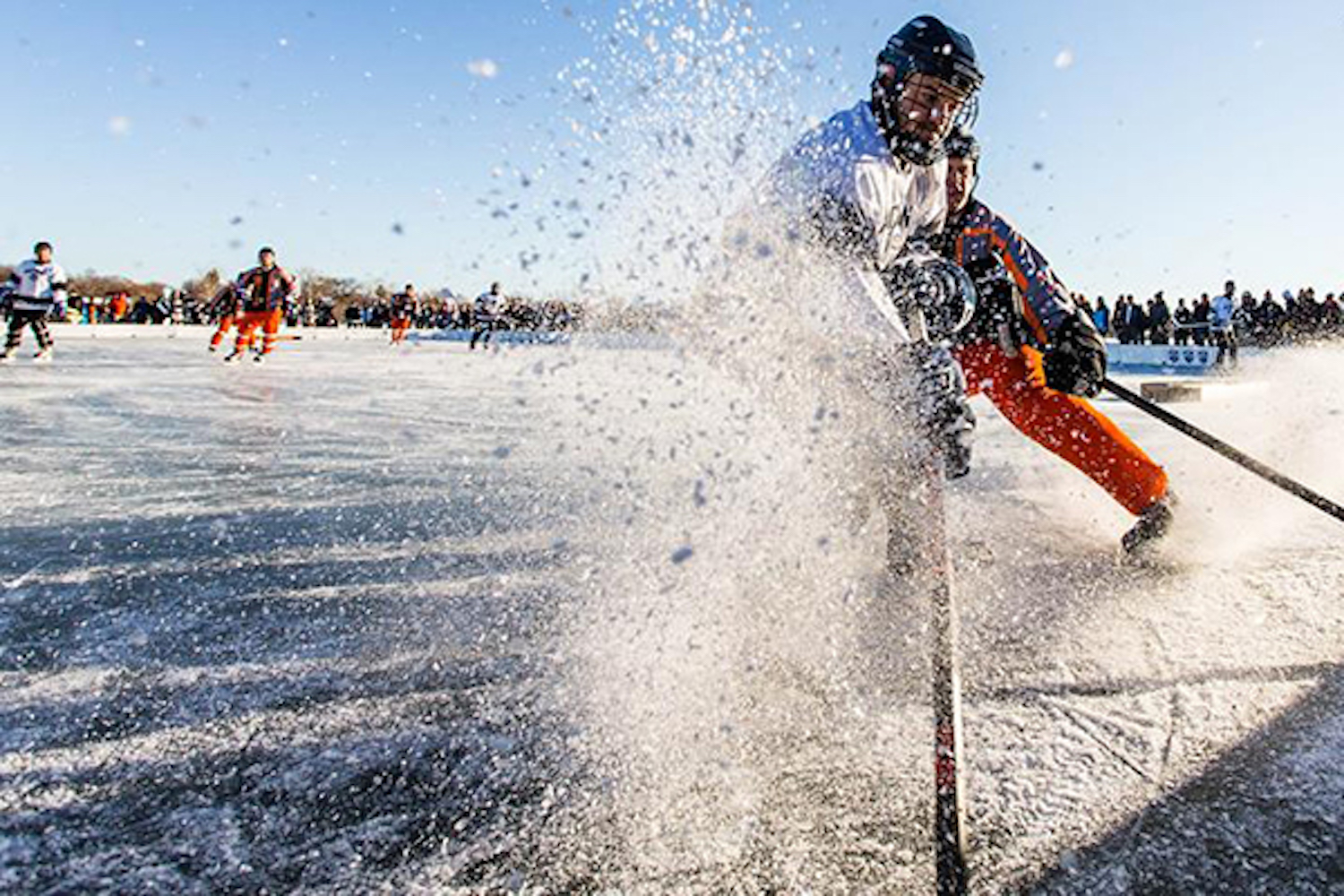 Who needs a manicured arena to play some puck? Not us! You can catch the World Pond Hockey Championships here. In fact, you can see over 100 teams from across the globe take to the ice! It all takes place in the small, rural village of Plaster Rock, New Brunswick– and it’s about as Canadian as it gets.

Well, there you have it! 15 of the most unique Canadian things that only we understand. If you’ve got a confused buddy in the States or elsewhere, forward them this article to let ’em know what’s up. Happy Canadian-ing, everyone!

This 17,000 sqft mansion for sale in Alberta has a 20 person hot tub & massive walk-in closets

Parts of Alberta felt a rare, record-breaking earthquake & here's what you need to know