Here are 10 throwback Canadian brands that we miss the most

If you're like us, you've developed quite the addiction to online shopping during the quarantine. What? Retail therapy isn't the worst vice to…

Once upon a time in a land not at all far away, these throwback Canadian brands were the big dogs across the country. It’s hard to believe that there was a time Canadians would hit up an actual store for their music. Or that these long-closed department stores used to be commonplace. Well, we’re talking a walk down memory lane today. So if you’d like a dose of nostalgia, strap on in.

Here are 10 throwback Canadian brands that we miss the most.

If you grew up in the 90s or early 2000s, you may remember childhood trips to this Canadian retailer. The popular discount department store originated in London, Ontario but had many locations across the country. It was first open back in the 1930s, but sadly it’s run ended in the early 2010s. 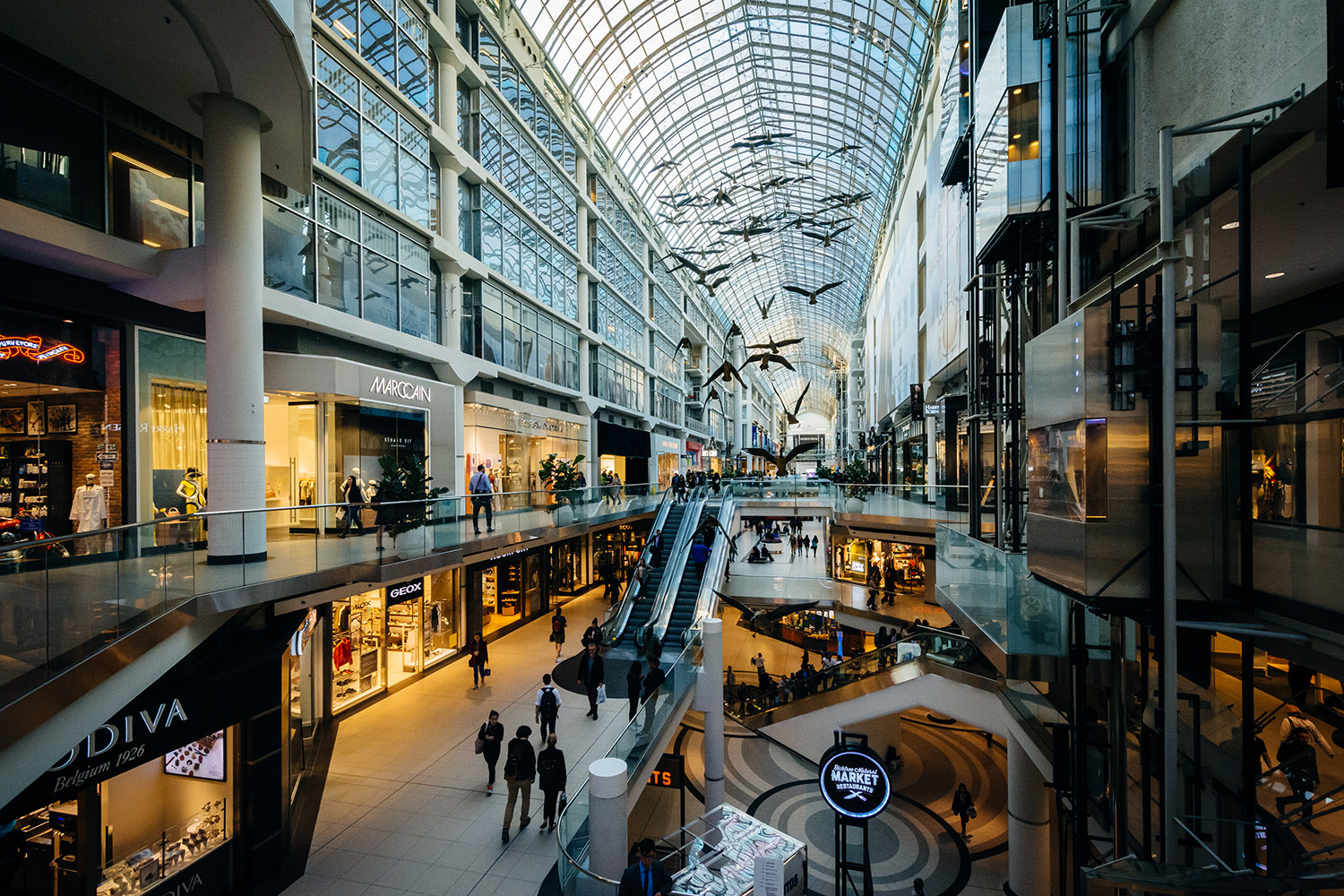 Once upon a time, Eaton’s was Canada’s largest department store. It was founded way back in 1869 by Timothy Eaton in Toronto, before expanding across the country. Like the others on this list, the spot sadly didn’t stand the test of time. Eventually, Eaton’s corporate assets were acquired by Sears and the rest is history. Today, there are still two legacy malls dedicated to the brand: the Toronto Eaton Centre and the Montreal Eaton Centre.

Sears Canada may have taken over for Eaton’s, but it didn’t last forever either. It was actually pretty recent that this retailer declared bankruptcy and began shutting down many of its locations. Now you’ll find places like Nordstrom, Saks Fifth Avenue, Sport Check, and more occupying the space where Sears Canada used to live.

Related Posts:
Here’s what to know about the Toronto tech darling that just sold for $754M
Luxury chocolatier Godiva is closing 128 North American stores this March 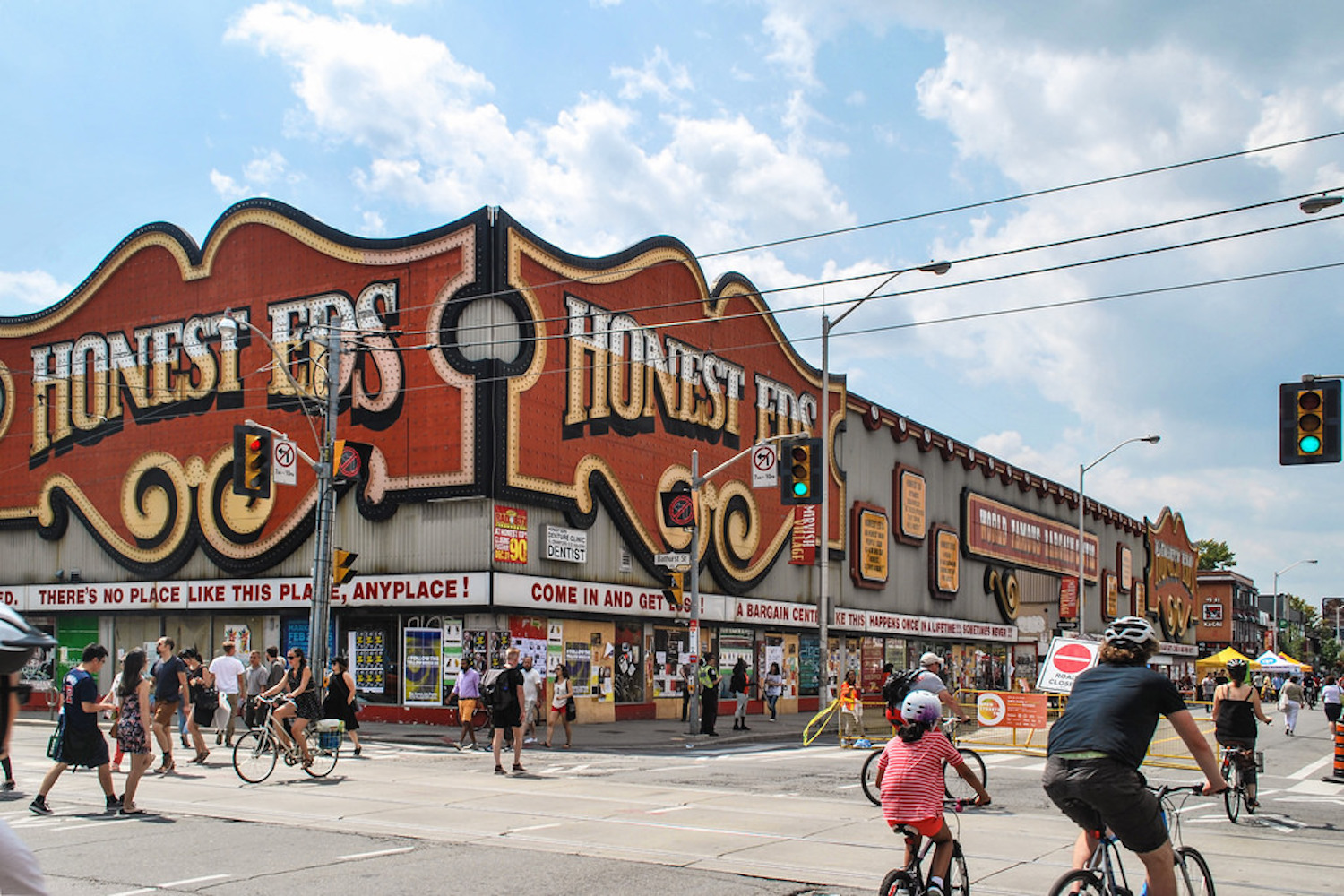 So this Canadian retailer was only in Toronto. But it’s iconic enough that it still makes the list. Honest Ed’s was a famous discount store that folks came from all over to explore. It’s flashy sign and vintage vibe were an attraction in and of itself. Plus, the great deals were pretty unbeatable. Just a few years ago, the store was knocked down and is set to be replaced by a mix-use luxury complex.

This popular department store used to call British Columbia home many many years ago. The spot was founded way back in 1873, before it was replaced by Eaton’s in the 1940s. Although you probably won’t remember this spot from your childhood, it can be recognized in many television shows and movies from the time period. 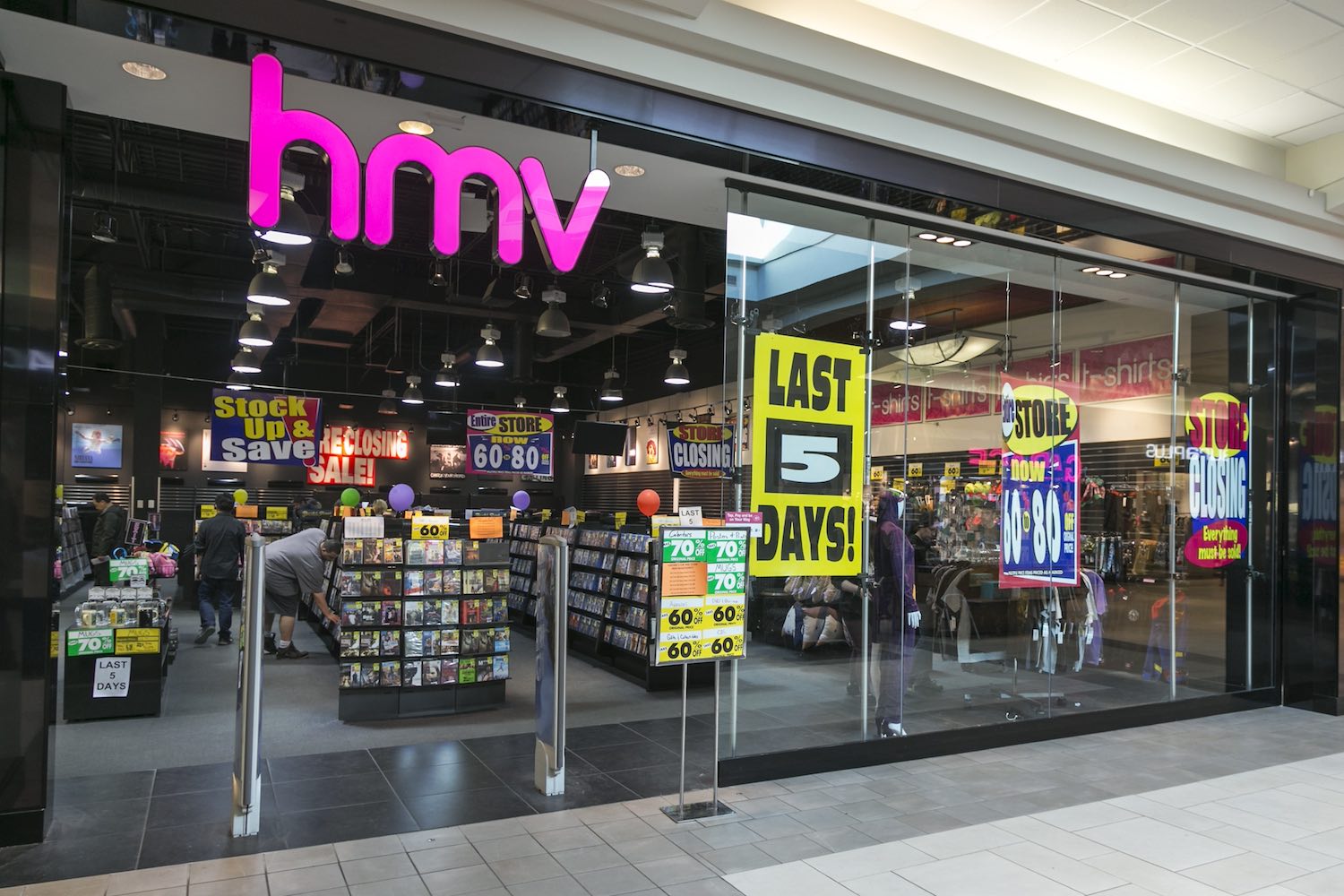 Remember the days before streaming platforms like Spotify and Apple Music? We know, we know, it seems like a lifetime ago. Well, back when we had to actually physically go to a store to purchase music, HMV Canada was the spot to hit. The store was the Canadian extension of the UK brand Hilco, and they had every CD, DVD, and record you could dream of. The brand official shut down back in 2017, but rumour has it you can still find a few hidden open stores scattered throughout the country.

There once was a time that a home decor project meant a definite trip to Home Outfitters. This Canadian store was known for their bedding, towels, home accessories, and house-ware. Although the spot used to have a ton of stand-alone stores, in 2017 it was taken over by the Hudson’s Bay. Now you can still find they’re products at The Bay locations near you.

For a full century, this popular department store operated in Alberta and British Columbia. It was a one-stop-shop for everything from clothing to groceries to house-ware and more. Some locations even had in-store services like a travel agency, hair salon, and shoe repairs. But in 1993 the company was taken over by The Hudson’s Bay, which remains Canada’s top department retailer. 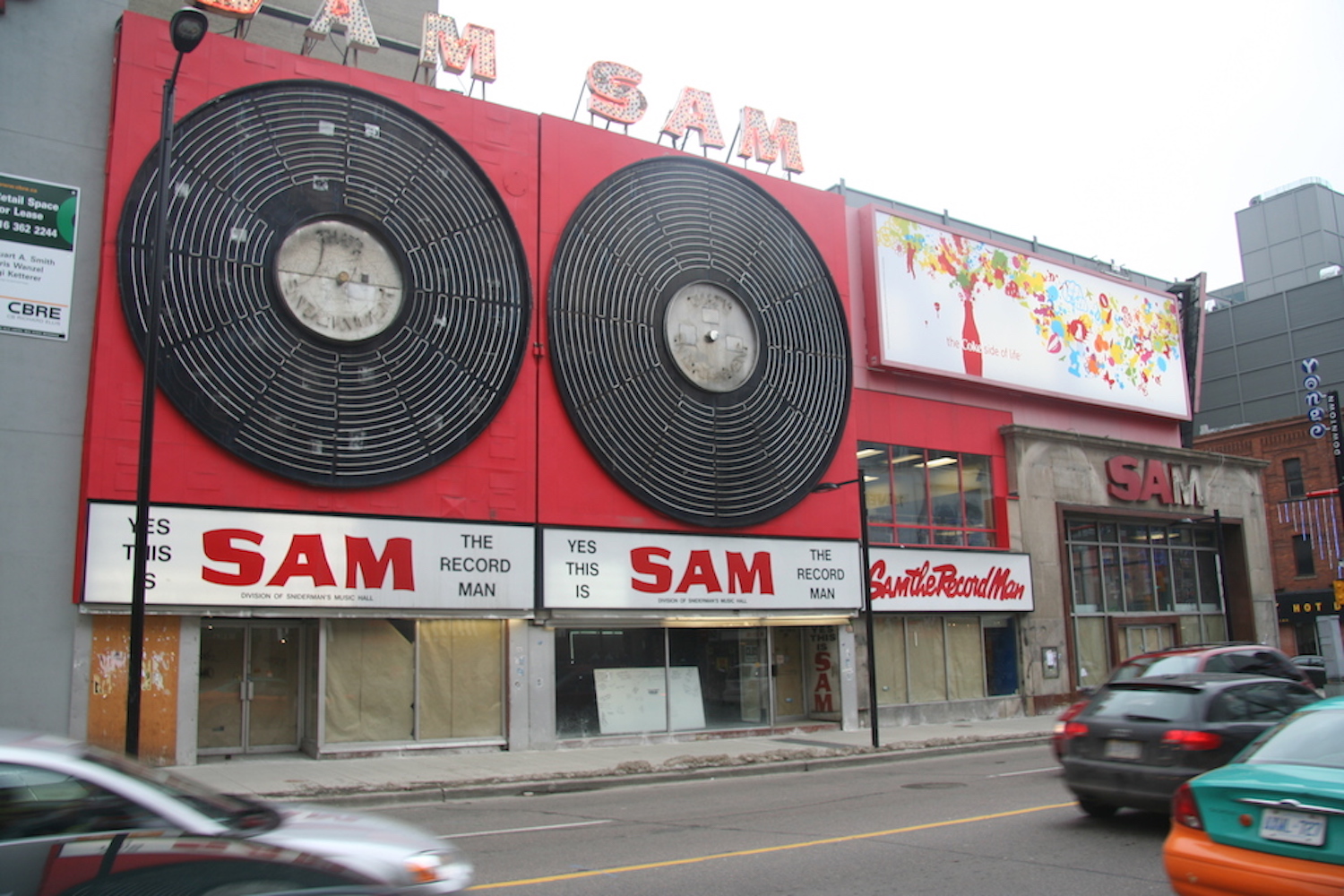 This next pick is a real throwback Canadian brand. Although the Yonge St, Toronto flagship store of Sam the Record Man was the most famous, it was once the largest record retailer in the country. There were 140 locations from coast to coast, that were known for bringing the best tunes to the people of Canada. Sadly, the spot shut down in 2007, as the rise of streaming took over.

Alright, so this last pick isn’t exactly Canadian, but we miss it all the same. After Zellers closed locations across the country, this popular American retailer took over. With all the booming success Target has seen in the States, many were surprised when it didn’t live up to the hype here in Canada. It was only open a few short years before leaving the country for good.

So there you have it! Did any of these throwback Canadian brands give you a good dose of nostalgia?