There's nothing quite like visiting a haunted place to put yourself in the spooky season mood. And it just so happens that…

There’s nothing quite like visiting a haunted place to put yourself in the spooky season mood, is there? And it just so happens that Vancouver (and the surrounding area) has some pretty haunted spots that you don’t want to miss this fall. So with that in mind, here are 10 haunted places you can visit in and around Vancouver that will get you into the Halloween spirit.

This hotel is truly a gem in our city. And it has one guest that will probably never leave affectionately named the Lady in Red. She’s been spotted a few times, even making an appearance inside a hotel room leading a family to believe their room was double-booked. So if you plan on staying here or stopping by for a drink you might just catch a glimpse of her.

This is another amazing building that we highly recommend stopping by if you are able to get in. But just be aware that you might come face to face with the building’s architect John S. Helyer. And if you’re wondering, he died in 1910 after falling down the spectacular stair shaft.

It’ll be a while until we’re able to go see shows at the Vogue. But next time you do, be sure to keep your eyes peeled for a shadowy man. Because this man is said to haunt the theatre and appears to both staff and visitors. Spooky!

With a name like that you know this place has some history. On that note, Hycroft Manor at one time functioned as a veterans hospital. The good news is that the reported ghosts are of the friendly variety, and they stay pretty quiet for the most part it. 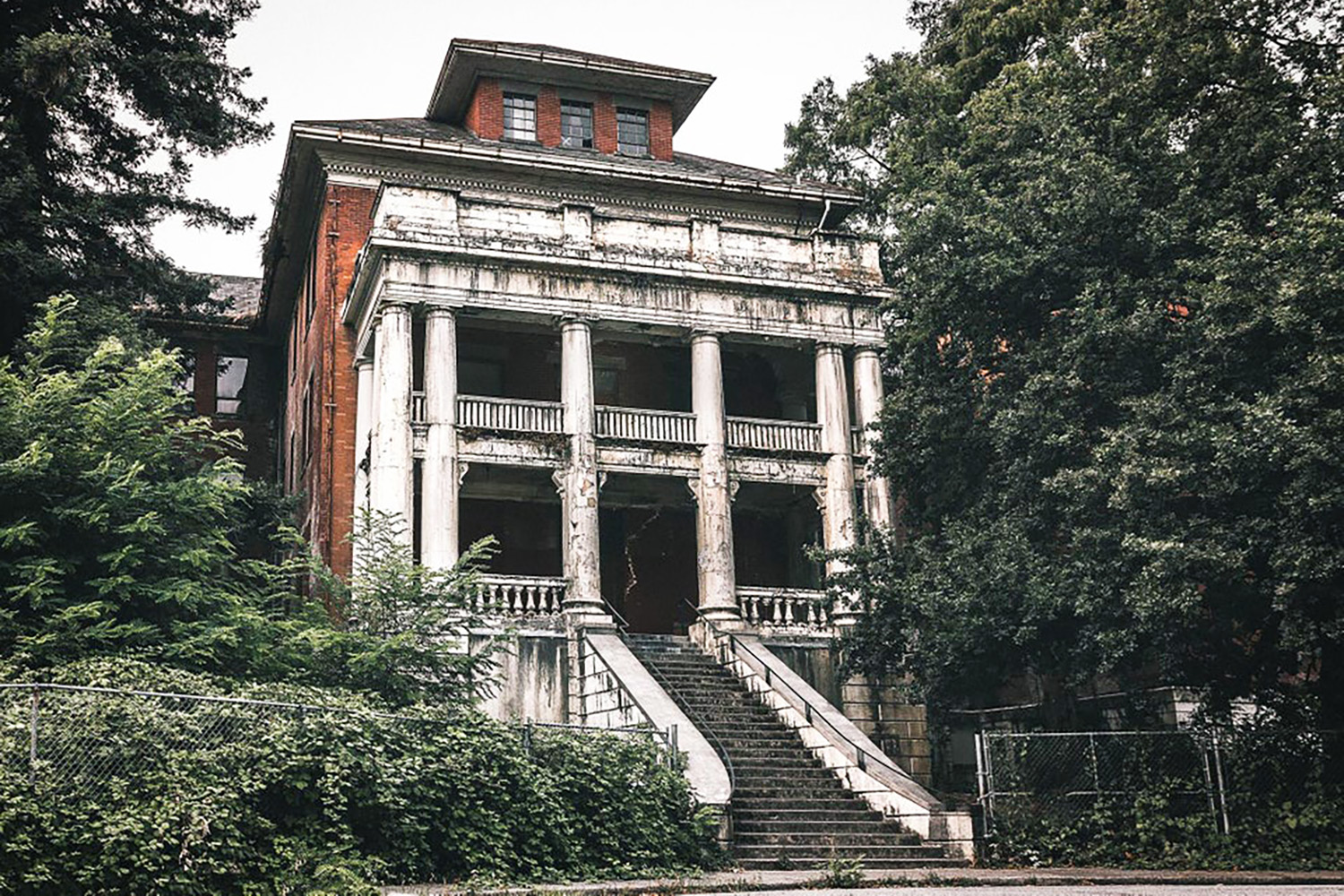 Did you really think we’d have a list like this without including the infamous Riverview Hospital? Well of course we had to include it. So in case you don’t know, this partially abandoned hospital is actually one of Canada’s most popular filming locations. And it just so happens to have had a pretty dark past. If you’re interested on diving into this one, just click here.

Have you ever wondered about that little island off of Stanley Park? Well, historically it was a burial site for the Squamish First Nation. And later it became a quarantine site for victims of a smallpox epidemic. So clearly this island has some dark history. But if you swing by, keep in mind you’ll have to look in through the gates as it is closed to the public.

Related posts:
Here are 5 Halloween events to check out in Vancouver
15 horror films made in and around Vancouver to watch this Halloween

If you plan on heading over to the island anytime soon you have to check out this late 1800’s castle. Because not only is it cool but it happens to have a few forever inhabitants. And that includes the original owner and one of his daughters. Heck, it was even the setting for a movie called Spooky House, so you know it’s got some solid Halloween vibes.

It turns out pretty much all of our city’s good theatres are haunted. And we guess that just comes with age. But next time you happen to be at the Orpheum be sure to keep your eyes peeled because you might just see some past performers.

Apparently, everyone’s favorite transit hub happens to be one of the most haunted places in our province. And while we haven’t seen anything we could see it being haunted, after all the building is old. Not to mention the thousands of people who use it daily and have for years. 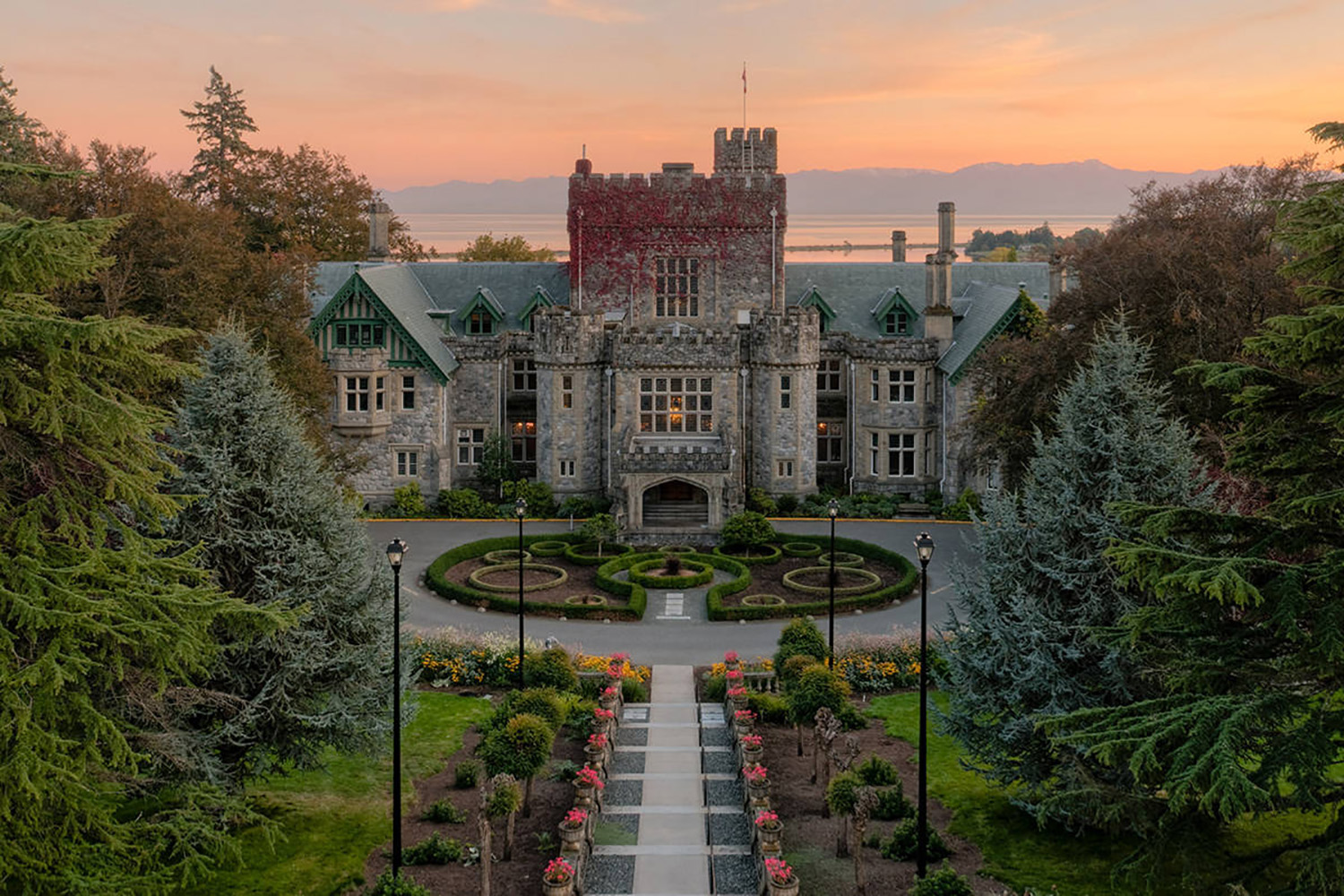 And while we’re on the topic of Victoria we figured we’d mention Hatley Castle because it’s haunted by the Dunsmuir family. And it just so happens to be an extremely popular filming location in BC. So if you’re on the island be sure to keep your eyes peeled for a ghost or star.

Well, folks, we hope that these haunted places in and around Vancouver give you some spooky season entertainment. And if you go to check one or a few out please let us know if you see any, uh you know, ghosts. Either way, have fun and happy spooky season!