So, spring is here and you've got a little bit of time and an itch to see something you've never seen before.…

So, spring is here and you’ve got a little bit of time and an itch to see something you’ve never seen before. Well, you’re in luck, because Canada is home to some of the most incredible destinations in the world. We’ve got 18 UNESCO World Heritage Sites, a diverse climate, and incredible parks.

Before you break the bank on that trip to Patagonia, consider these 11 beautiful destinations in Canada. 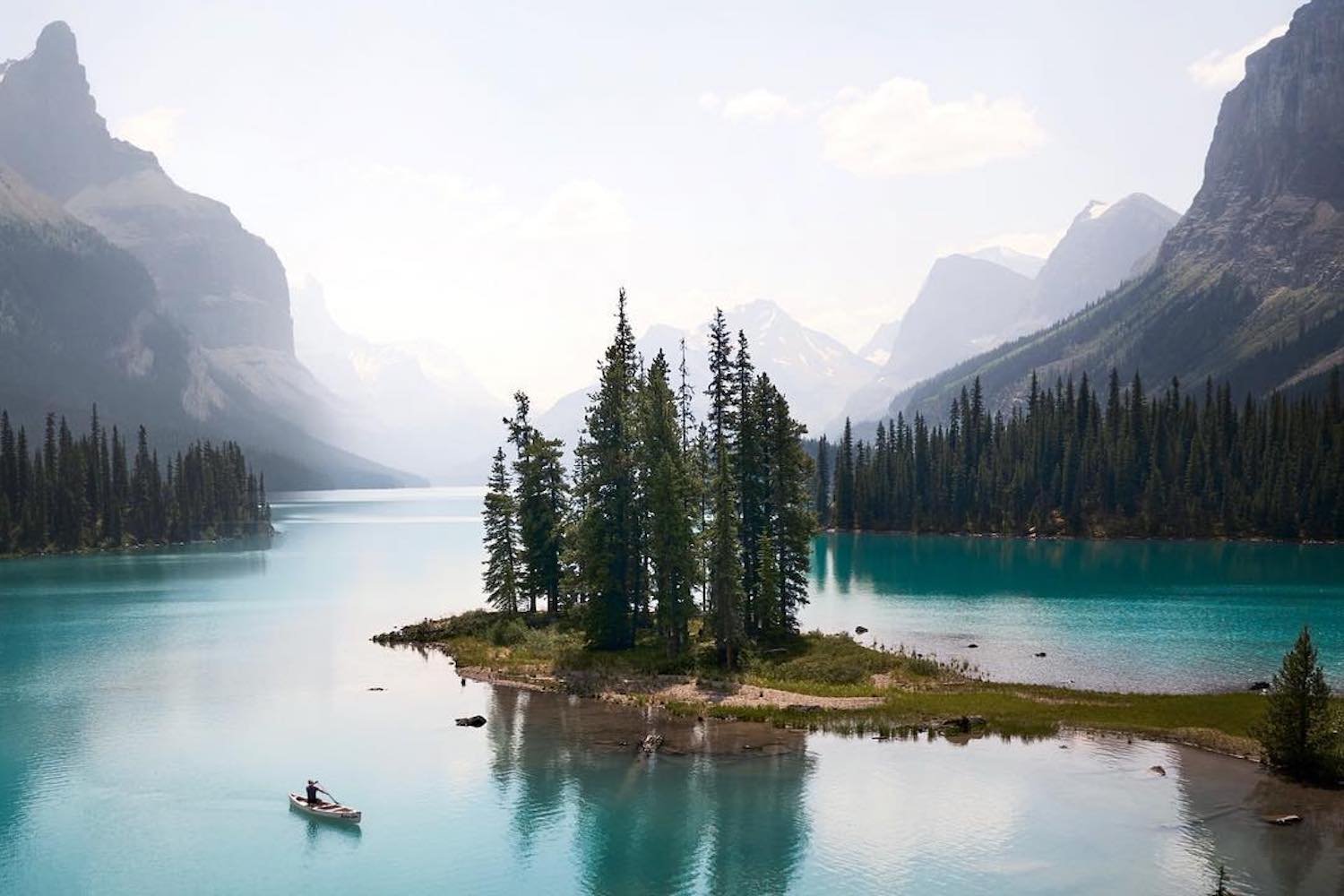 Sitting amongst the Rockies, Jasper National Park is the less well known Northern brother of Banff National Park. Due to its remote setting, Jasper has yet to be completely overrun by tourism, meaning that your experience will be that much closer to nature.

Recommendation: Taking a cruise around Maligne Lake, which reopens May 25 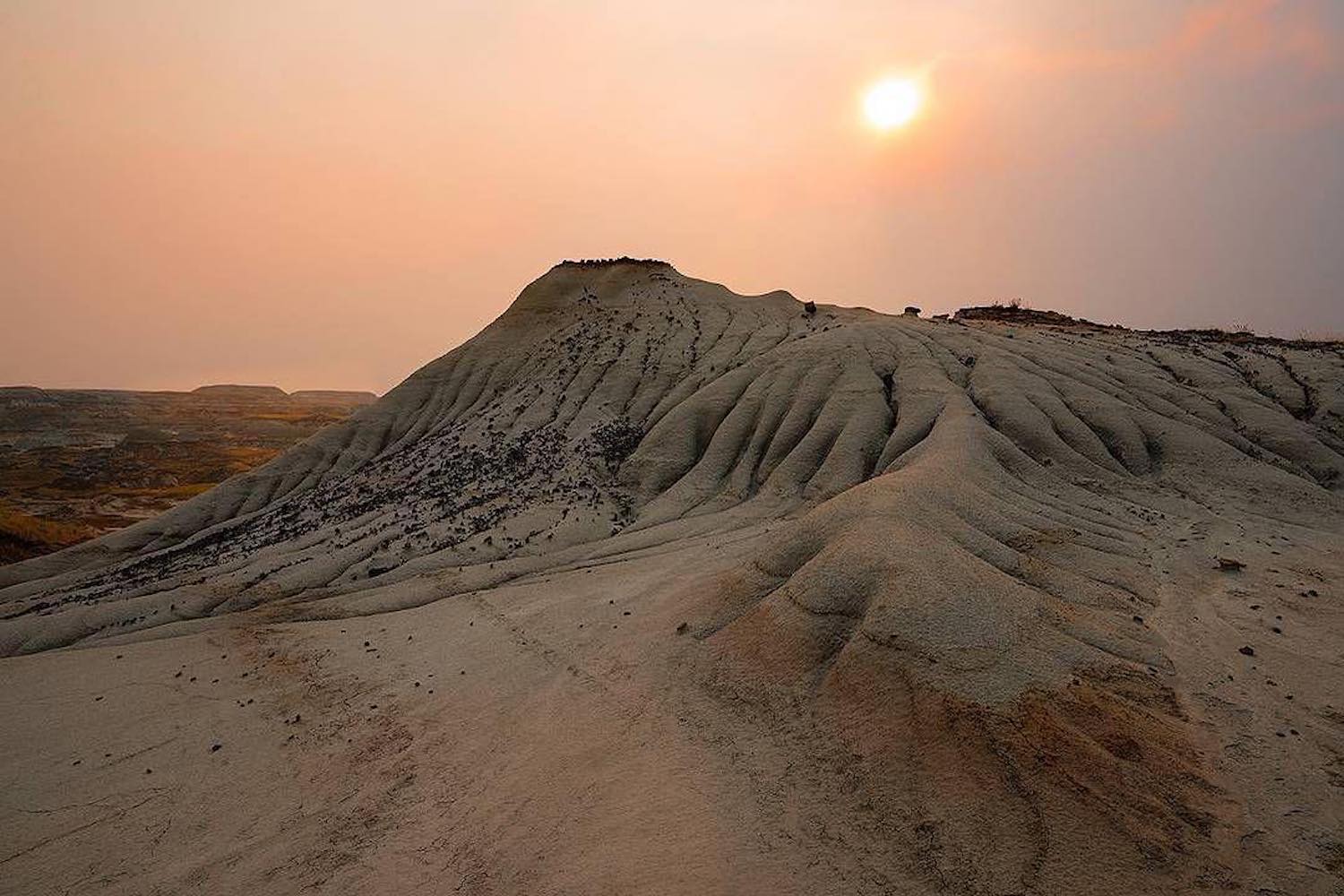 Although the Royal Tyrrell Museum is the de facto spot to look at dinosaurs, Dinosaur Provincial Park is where the fossils usually come from. This spot is the best example of Canada’s Badlands, with camping options available. As far as destinations in Canada go, this one is pretty, pretty, pretty unique.

Recommendation: Go full Camus and accept the “lucid invitation to live and to create, in the very midst of the desert”. Campgrounds open May 8. 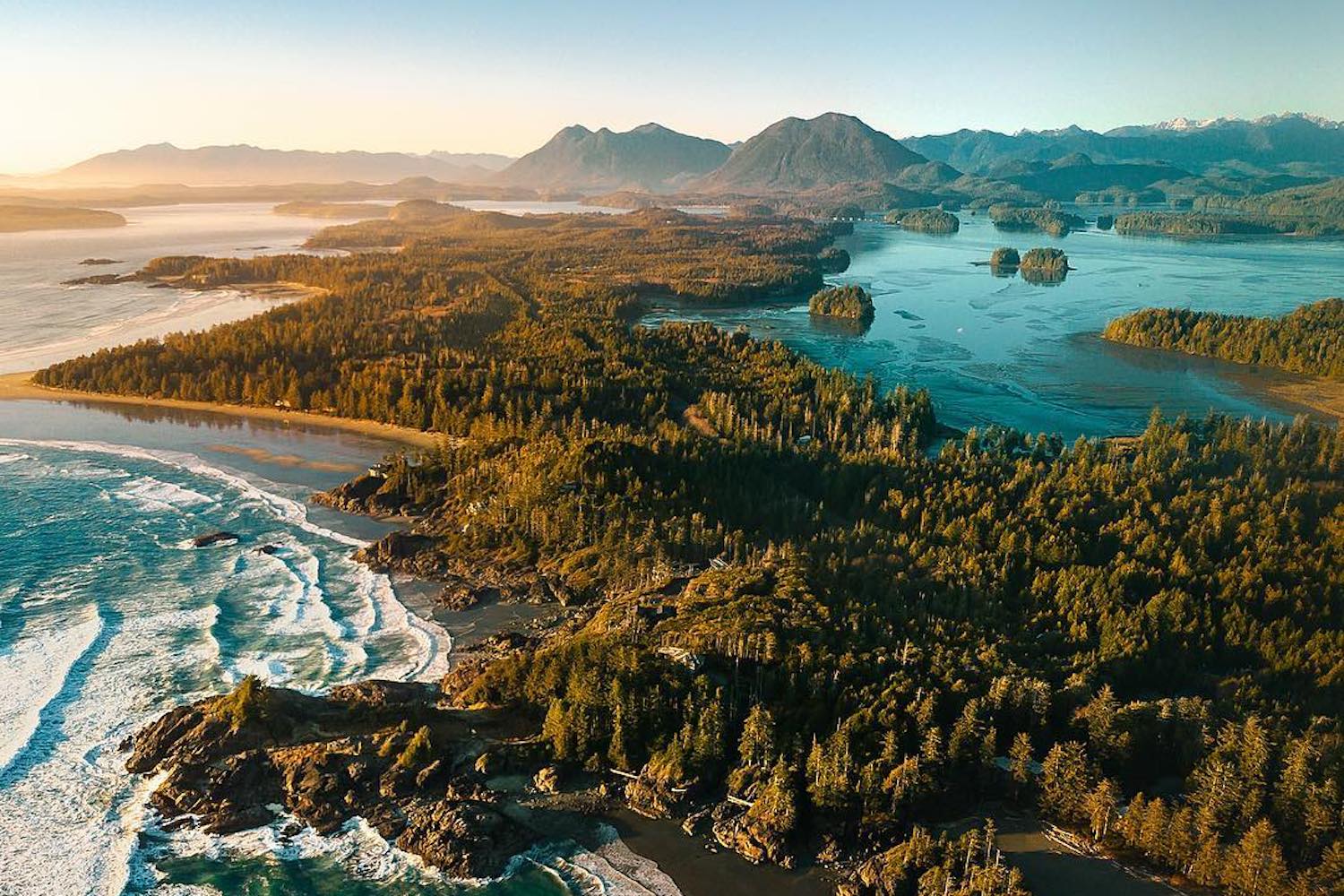 With two towns (Tofino and Ucluelet) nearby, the Clayoquot Sound is a pristine example of an old-growth seaside forest. Kayaking, hikes and other activities are readily available, and there’s a reason why one of the best resorts in the world set up shop here.

Recommendation: Take a BC Ferries vacation and stay at the Black Rock Resort in Ucluelet for easy access to the area. 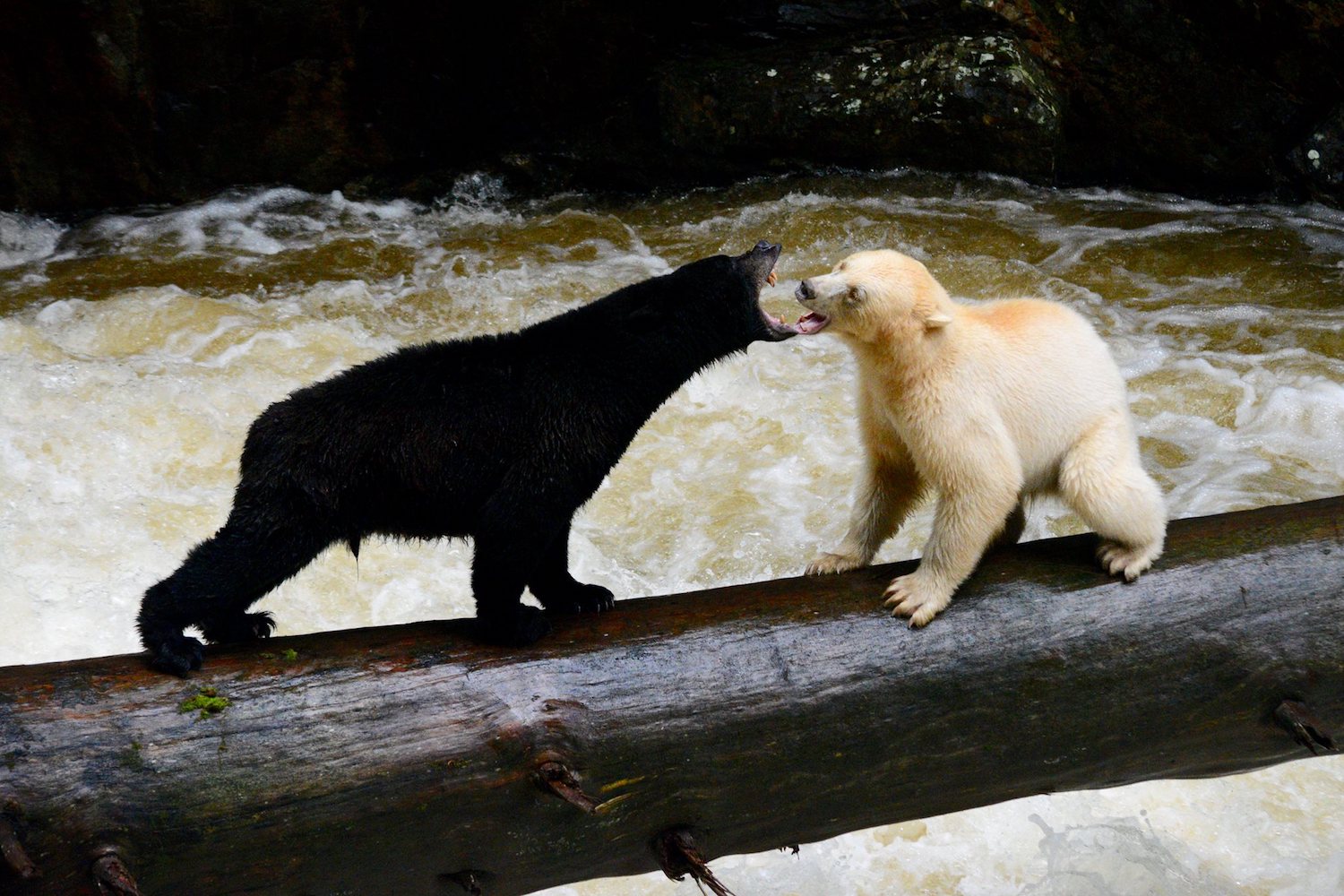 The home of the Kermode bear, the rarest bear in the world. This black bear with a white coat is referred to as the Spirit Bear, and the current population ranges from 50 to 150. The rest of the park is stunning, but let’s be honest, we really want to spot this bear.

Recommendation: Book a trip through the Spirit Bear Lodge for incredible accommodations and your best chance of seeing a Kermode bear. 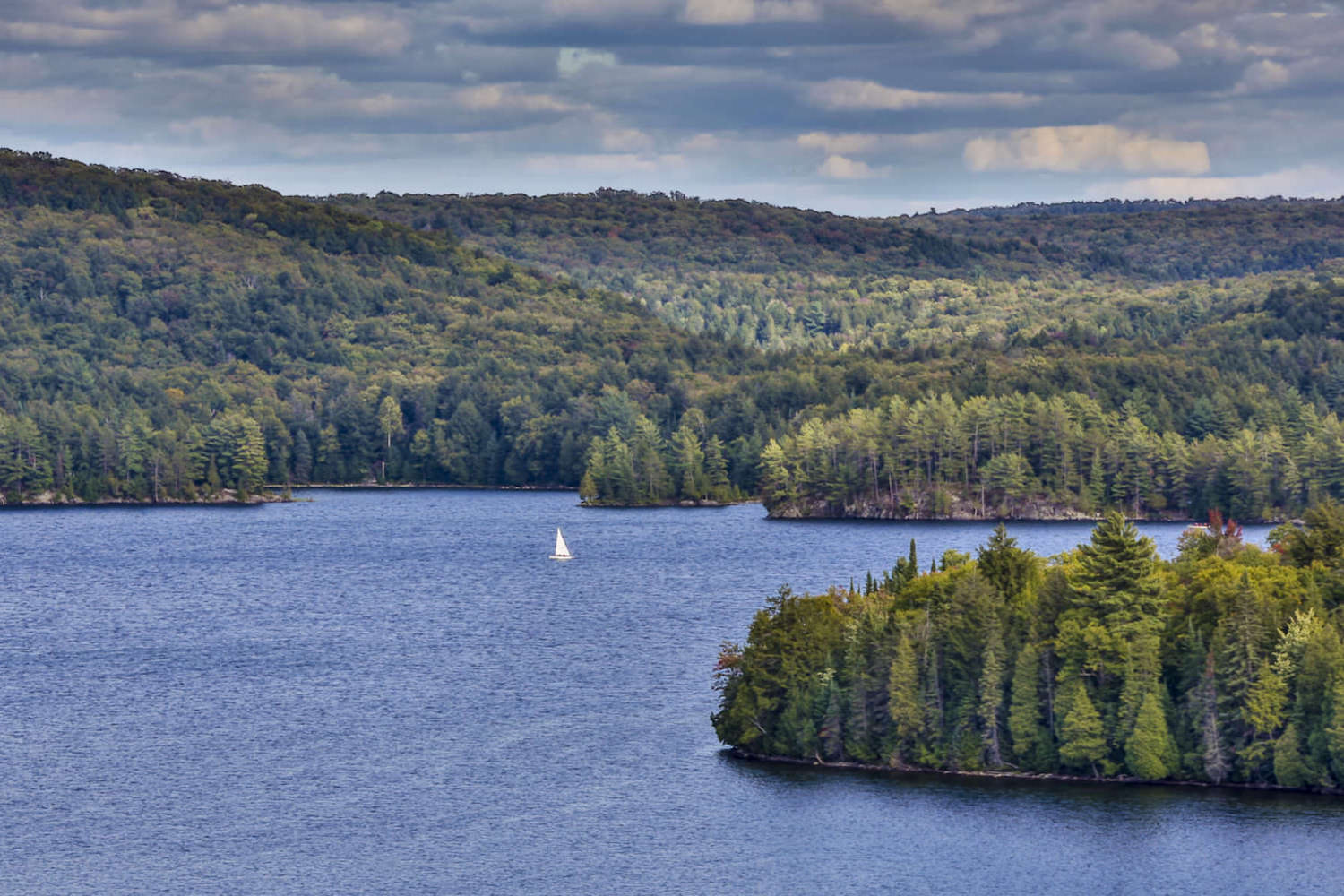 As some of the best cottage country in Canada, Muskoka Lakes is the perfect destination for a long weekend getaway. There are spas, farmers markets, great dining options and more available in a serene setting. Your biggest problem will be figuring out why you live in a city as you drive away.

Recommendation: Take a self-guided driving tour through the area to see replica murals depicting the Group of Seven’s work. There are 57 sanctioned works in total, so pretty much an entire exhibition’s worth. 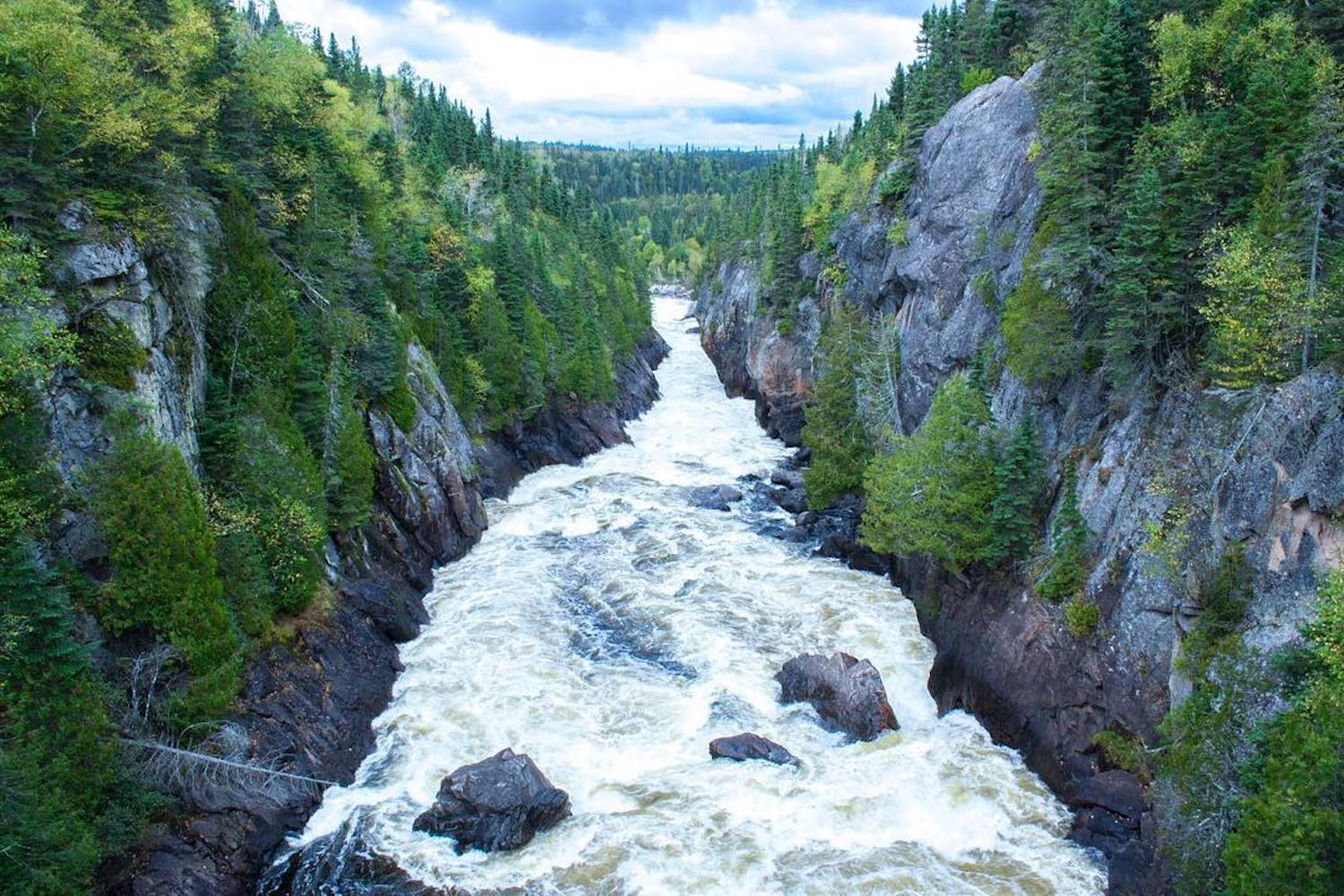 A more remote spot in Northwestern Ontario that rewards those who make the journey. Not only is it home to a healthy moose population, but you can also rent canoes for the day and explore the waterfront a little bit.

Recommendation: Camp at Hattie Cove, which opens May 18. Then, get on the White River Suspension Bridge Trail, for a challenging 18km day hike. 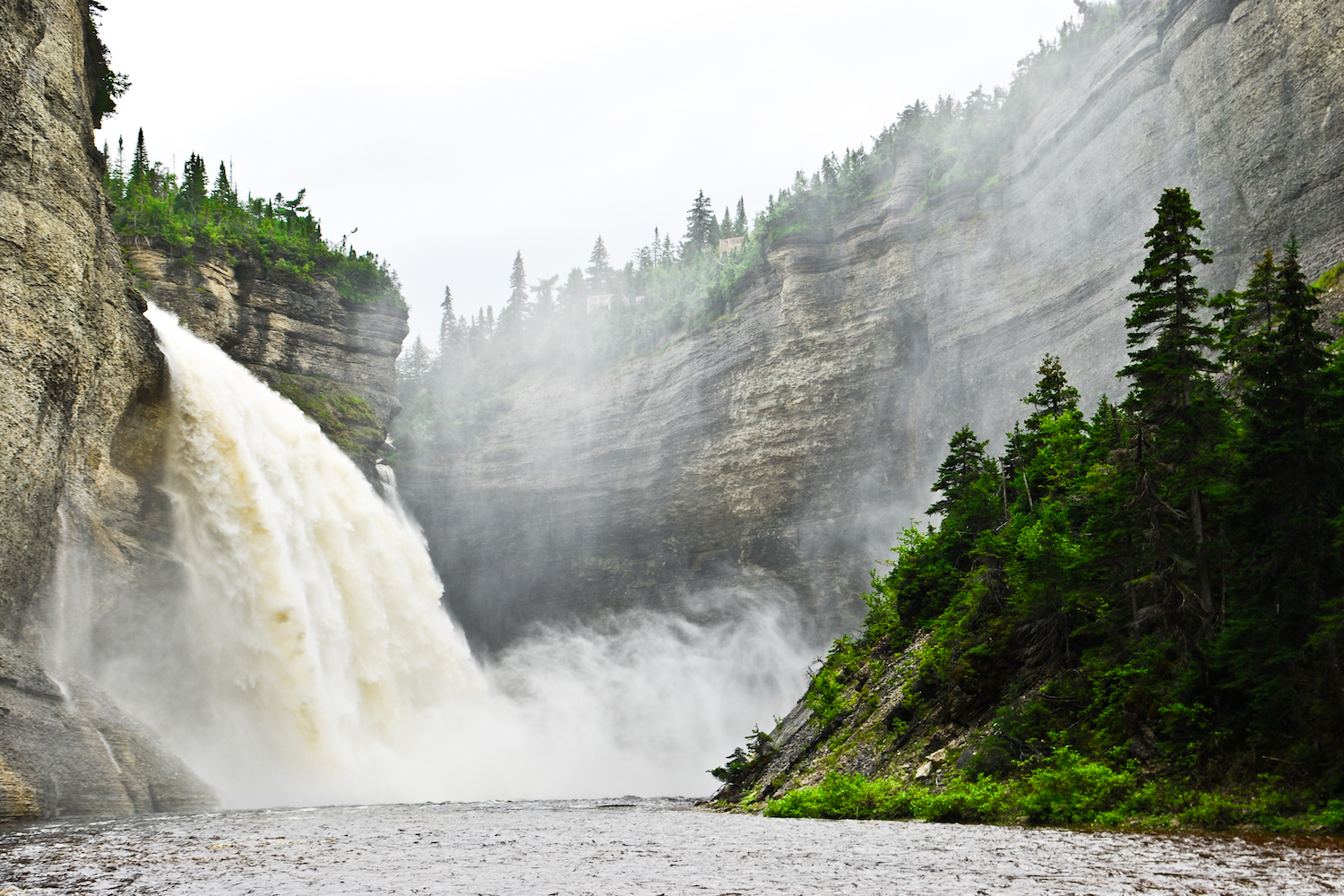 We were torn between this spot and Miguasha National Park, but Anticosti wins because it has a relatively easy to access a waterfall that is one of the best in the country. The Chute Vaureal drops around 250 feet before winding through a 300-foot deep canyon, which you can explore on foot.

Recommendation: Camp at Le Wilcox campsite to get the most of your trip since there are roughly 48km of trails on the island. It opens for the season June 24. 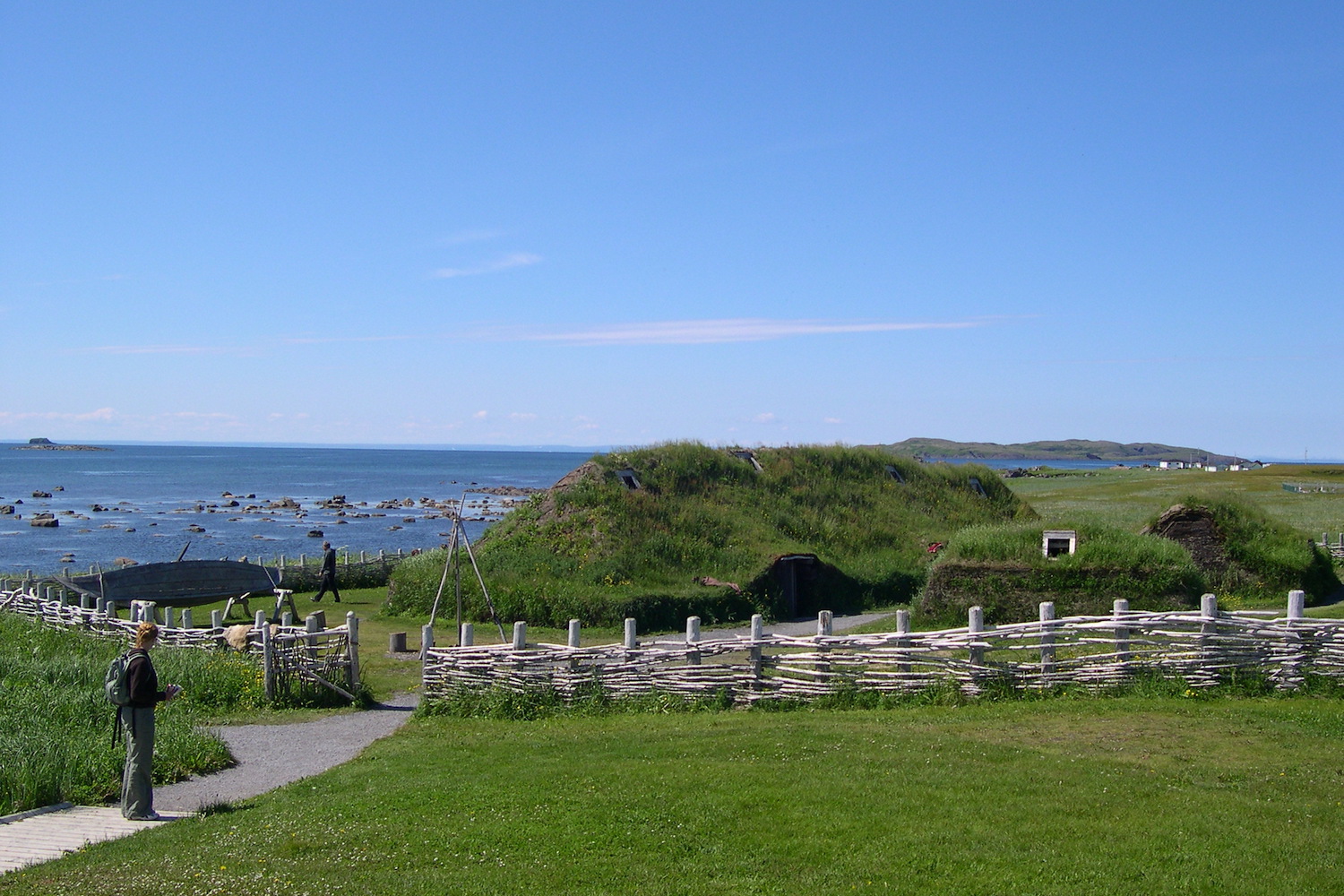 This 1000-year-old encampment is the only known Viking settlement in North America. Forget about John Cabot, that guy was 500 years late to the party. Fun fact- L’Anse aux Meadows represents the first time since the migration out of Africa that humans circumnavigated the globe.

Recommendation: Go on the Meeting of the Two Worlds tour, which explains the early days of the Viking settlement. You need to swing through the Gros Morne National Park on your way out there to see some stunning fjords as well. 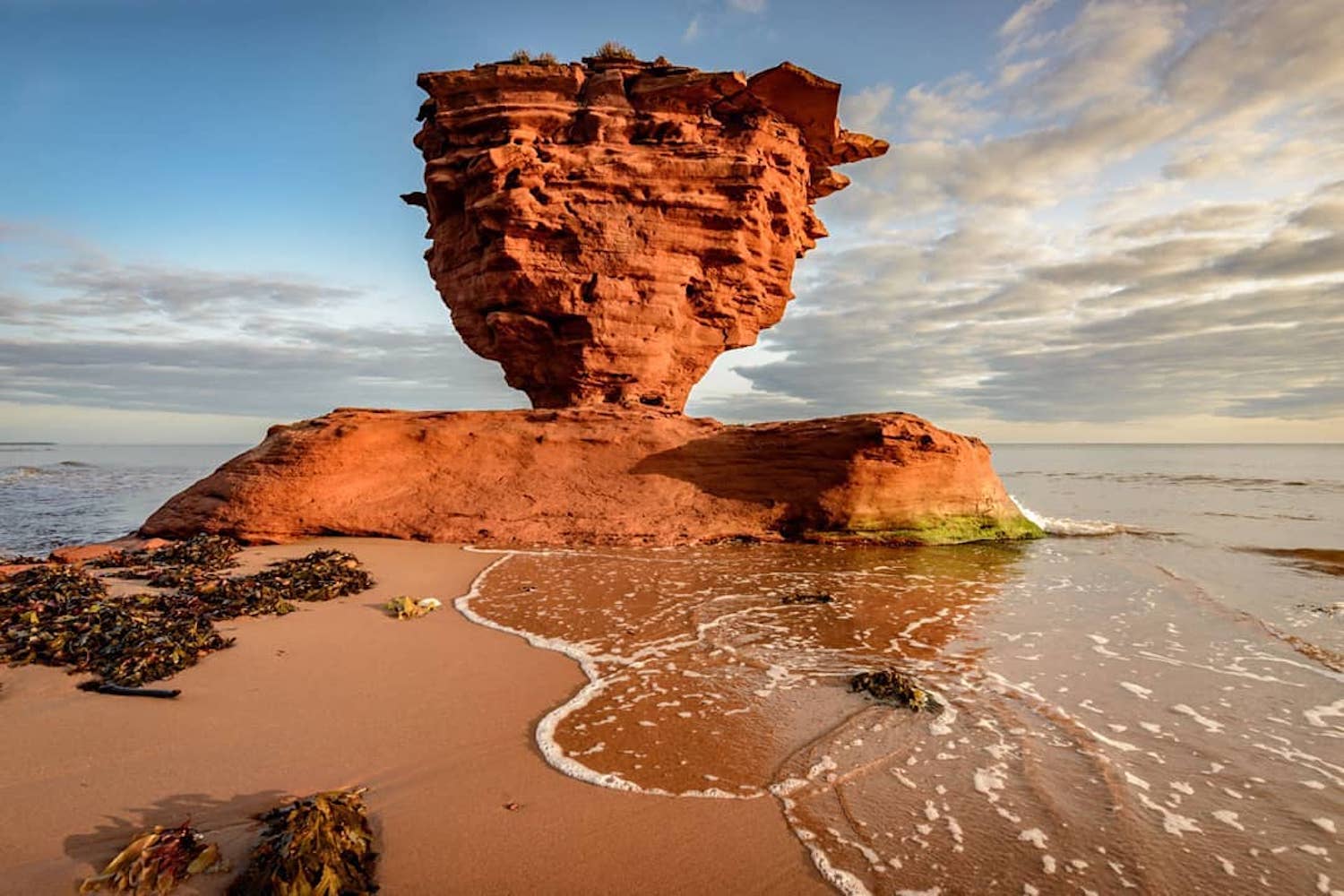 Described as ‘a desert overlooking the Atlantic ocean’, Thunder Cove Beach is home to some crazy sandstone rock formations. The best example of this is Teapot Rock, which has eroded over time to create one of the coolest beach rocks in Canada. 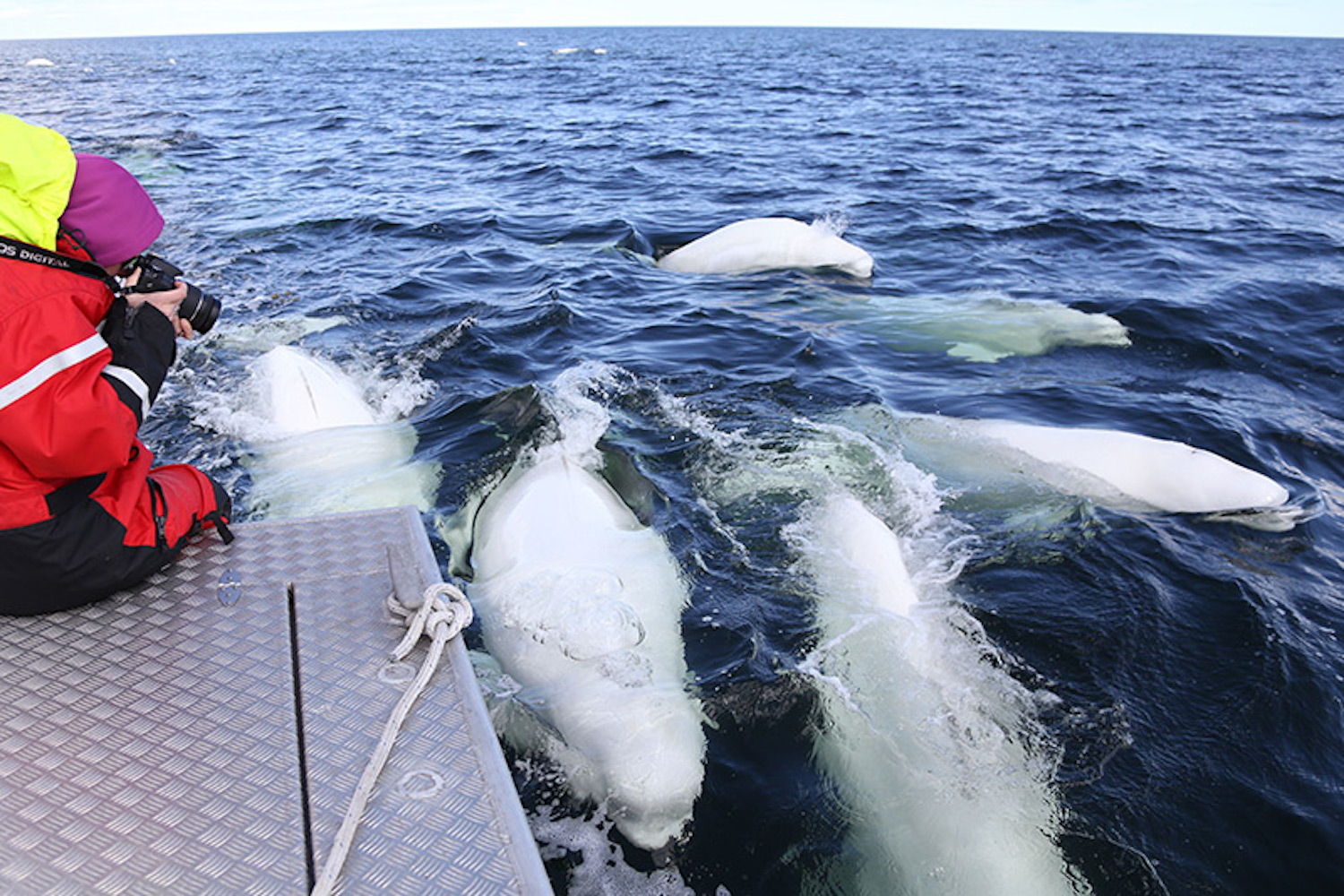 You must have guessed that we would pick Churchill, due to our fascination with white animals. While the polar bear season doesn’t peak until the fall, you can still go kayaking during the summer and check out some belugas, another favourite of ours.

Recommendation: Definitely do a summer kayak tour, and maybe mix in a little bit of birdwatching while you’re at it. 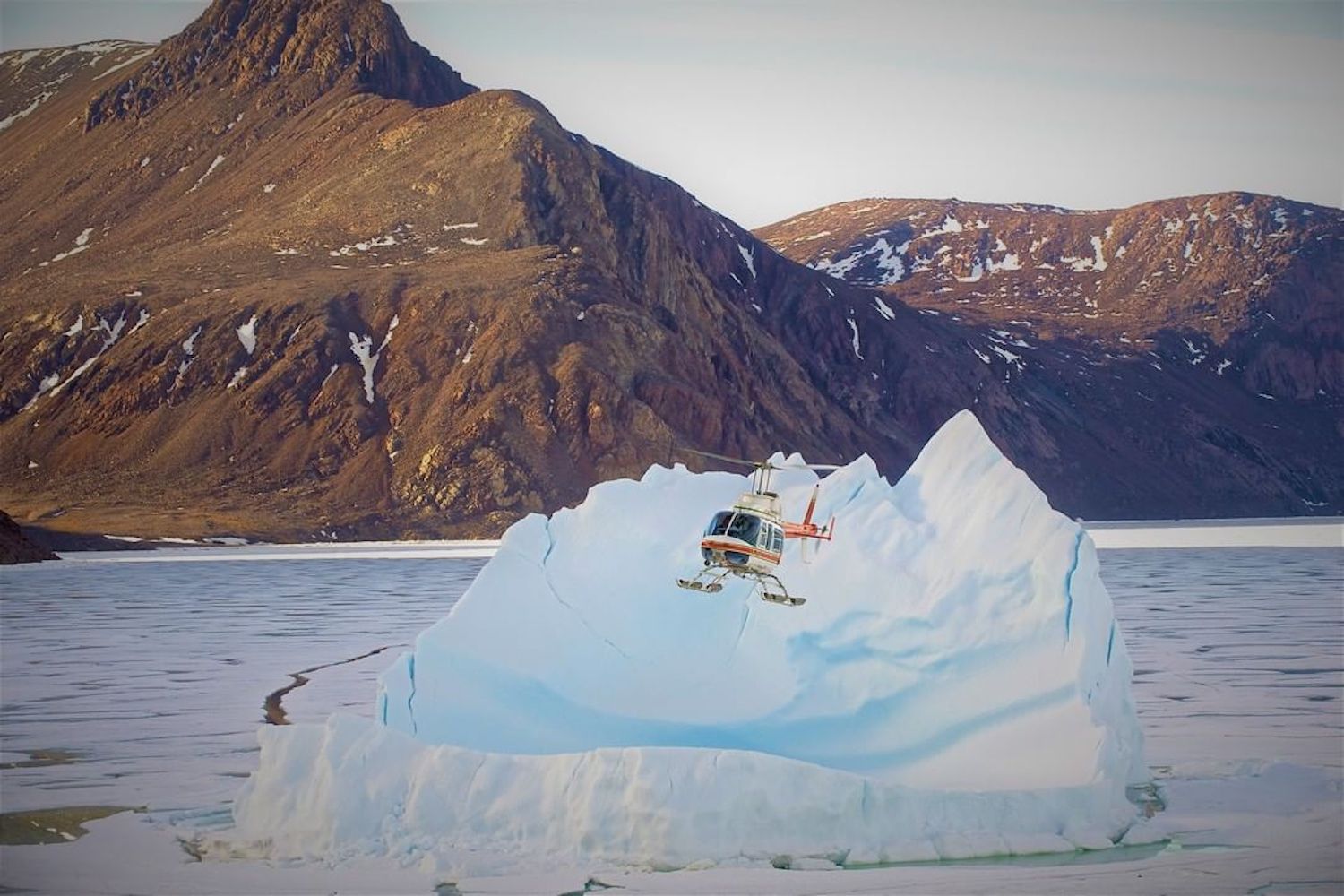 This one is reserved for legitimate adventurers and those really looking to explore the most remote destinations in Canada. It is extremely difficult to get to, has one of the most unforgiving climates in the world, and practically requires a guide if you want to stay safe or even be allowed in. That said, it’s at the top of our list.

Recommendation: Travel by snowmobile or dog team (what!) across the ice to see some of the gnarliest glaciers in the entire world. Like, you’ll think you’re on another planet sort of stuff. Make sure you read At the Mountains of Madness by Lovecraft before you go, too.

And there you have it! Our top 11 springtime destinations in Canada. Now get out here and have some fun, you’ve earned it.