Guide: 9 of the coolest public art pieces in Vancouver

Chances are high that you've seen a fair bit of the public art in Vancouver. Frankly, it's become pretty hard to ignore…

Chances are high that you’ve seen a fair bit of the public art in Vancouver. Frankly, it’s become pretty hard to ignore over the past few years. From the Vancouver Biennale, to the Mural Festival and public commissions, Vancouver has been flexing its artistic muscles.

So, here are some of our favourite pieces in the city, organized by type. 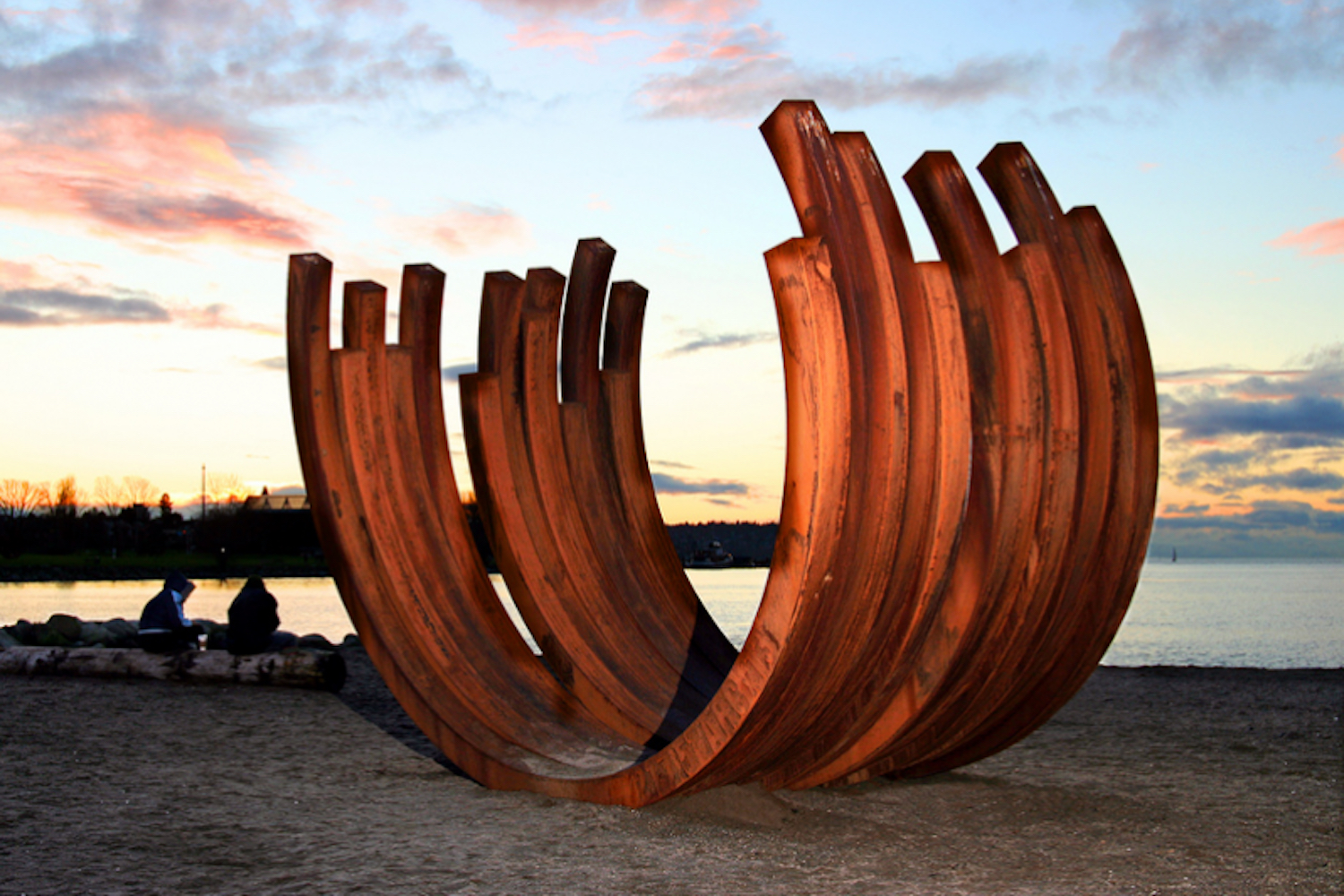 Also known as “Whale Ribs” this large scale sculpture on Sunset Beach is simple and powerful. We like that the artist is just letting the steel be itself, and the rust patina adds a particular depth to it when seen against a natural backdrop, like the ocean and mountains! 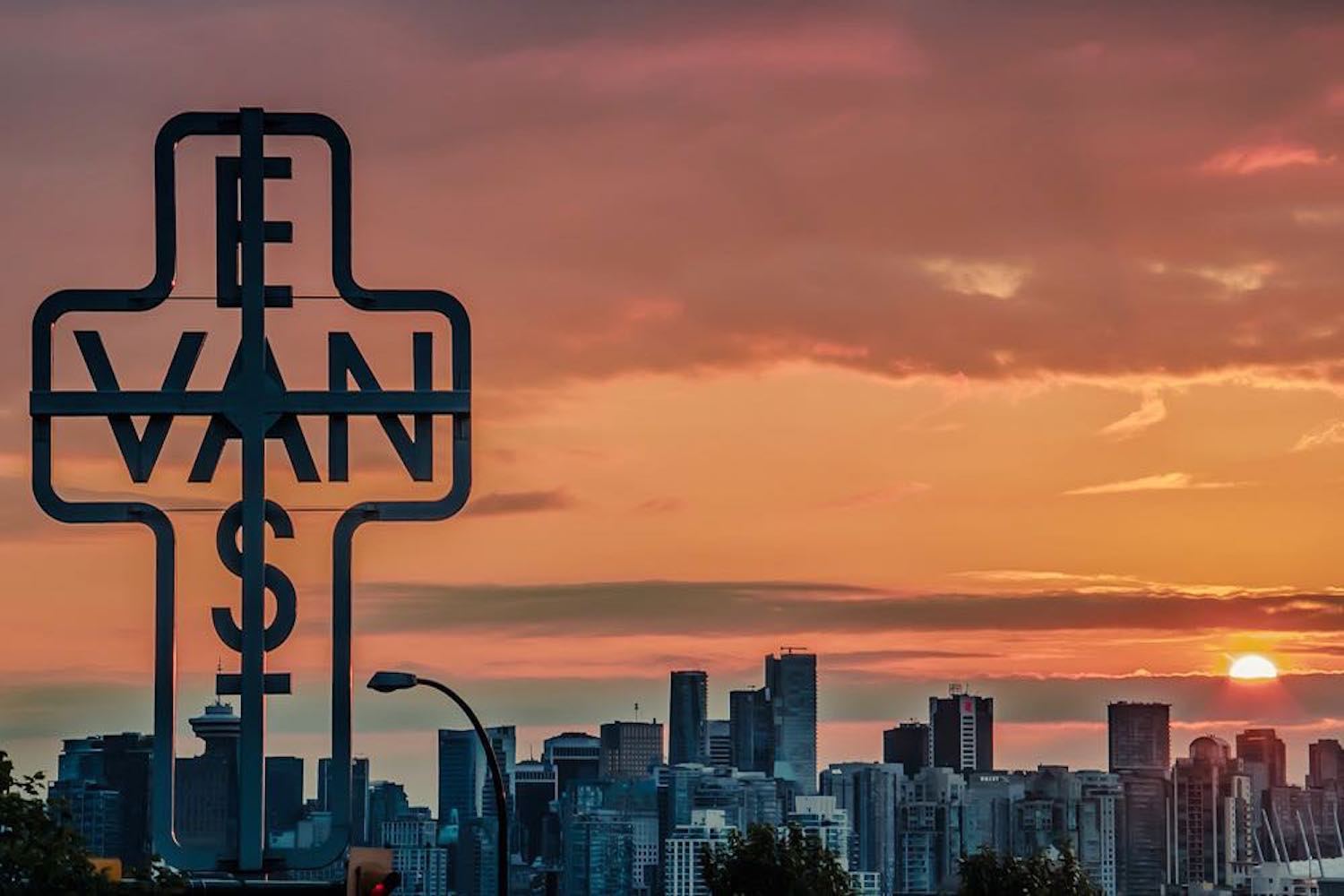 It takes a particularly progressive city to monumentalize what was traditionally a graffiti symbol. Similar to the idea behind the mural festival, the East Van Cross is a synthesis between illicit activity and publicly sanctioned works. Of course, we will get to the truly illegal stuff later. 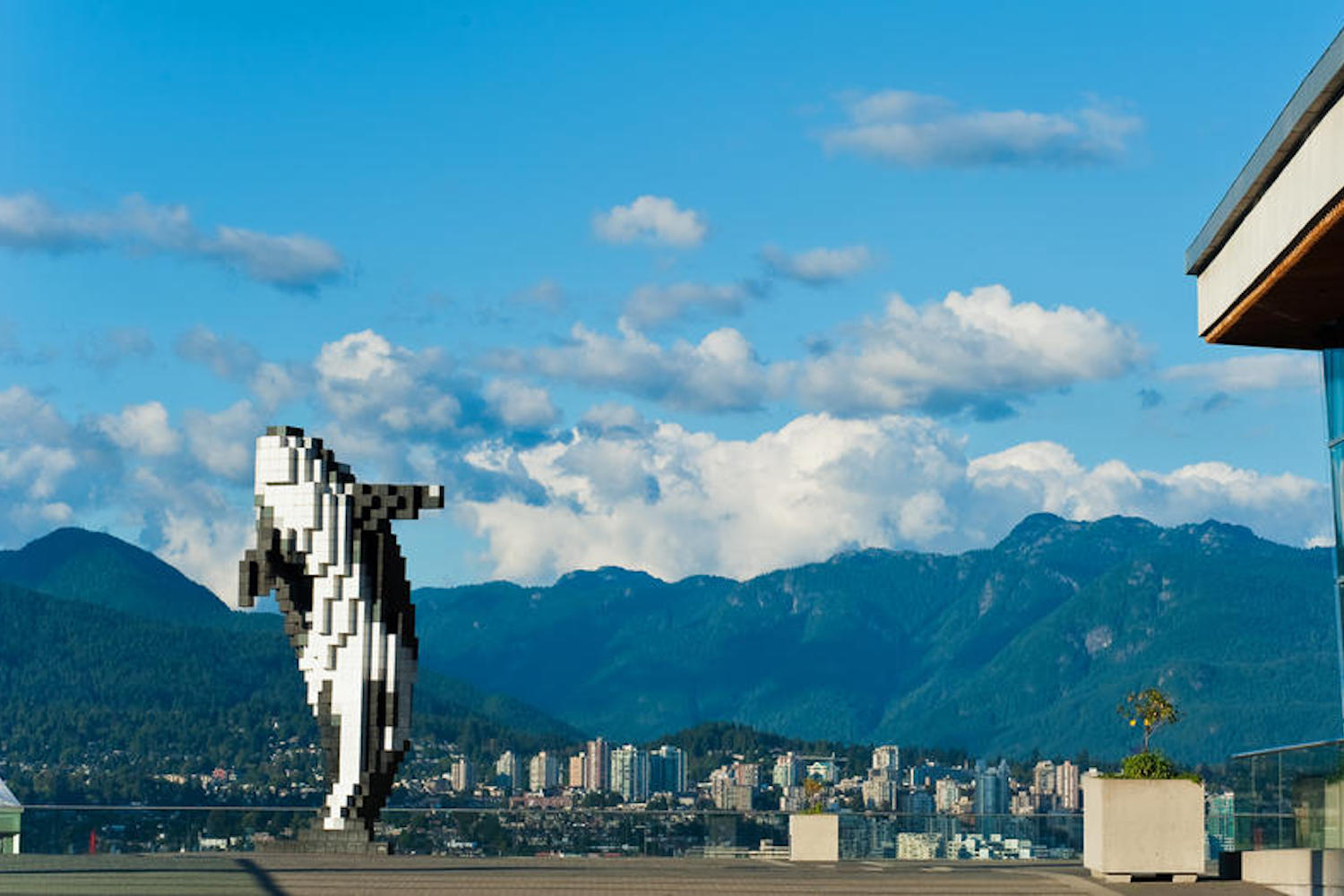 This is most likely the multi-disciplinary artist’s best-known work. Is it a little played out? Sure, but one cannot deny that it is both appropriate for the setting and aesthetically pleasing. It’s up there for our favourite “for tourists” pieces in the city. 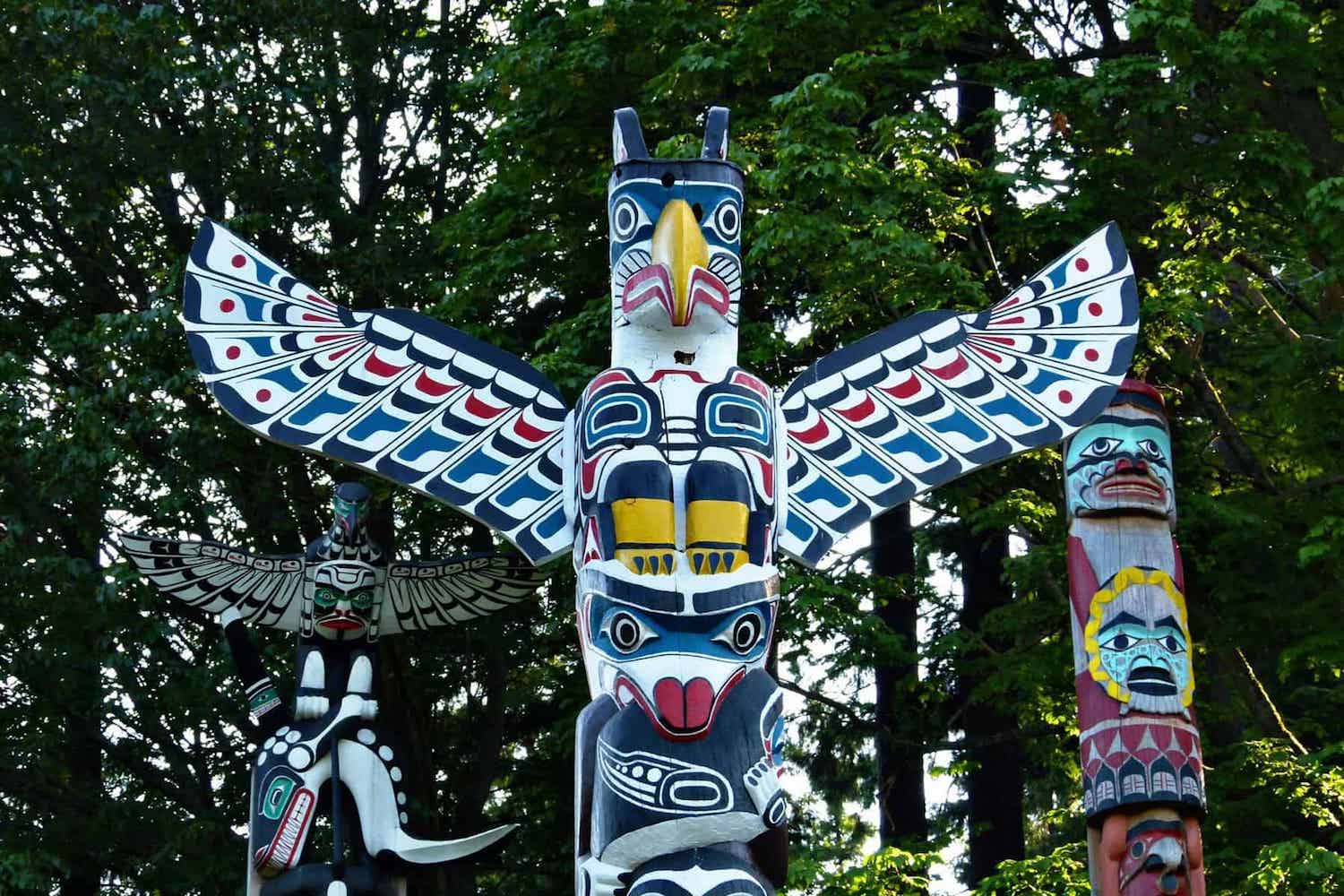 Mostly acquired in the early 20th century, the Totem Poles are as much an opportunity to reflect on Canada’s past as they are enjoyable to look at. Let’s make no mistake- the state has done some wack stuff to First Nations communities, and their history is no less important than the rest of Canada. Appreciate the totems, read about them, then go about your day.

Should I Be Worried? by Justin Langlois 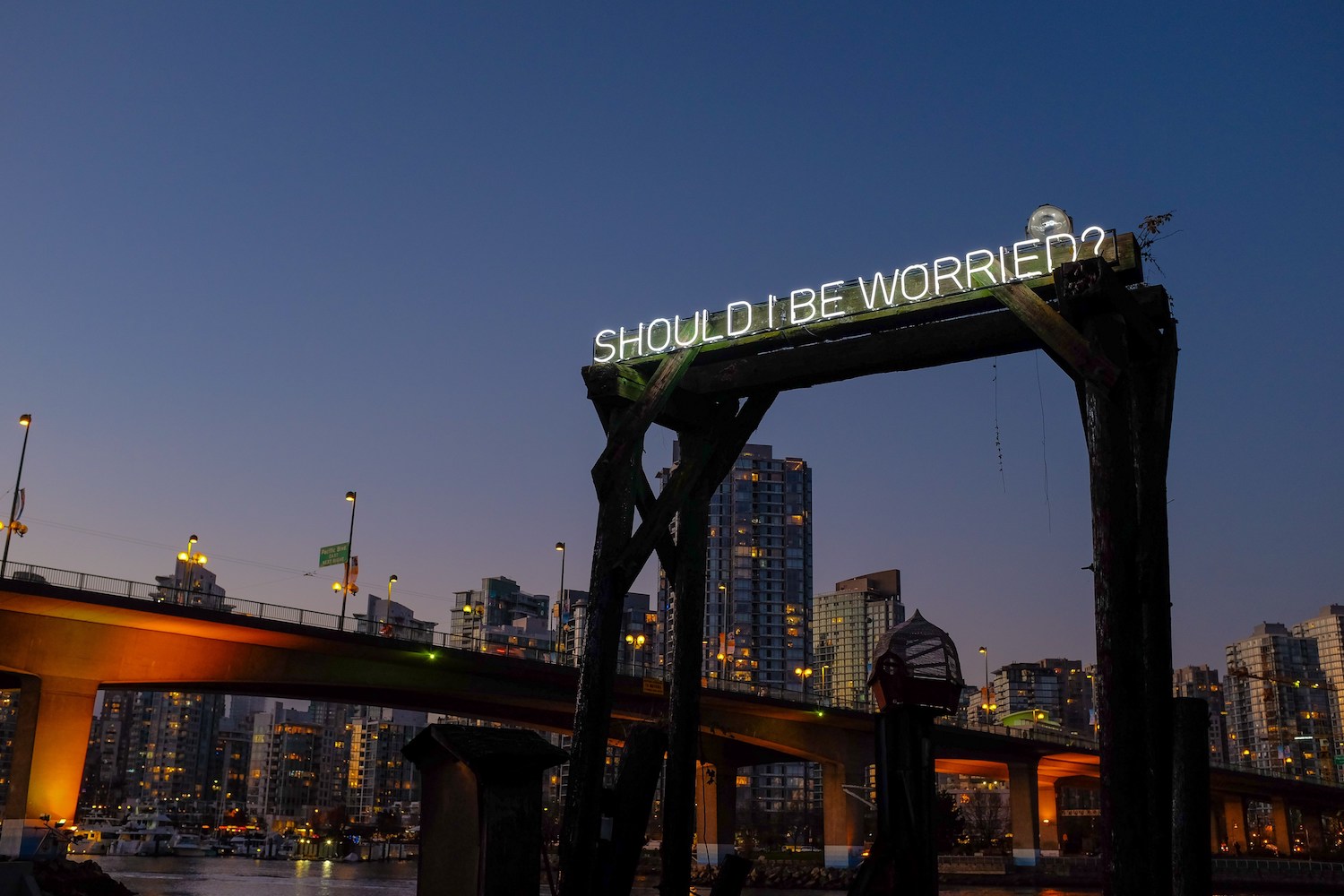 This neon sign at the northern end of the Cambie Bridge is a fun way to reflect on the future of Vancouver, Canada and the rest of the world. You’ve got a straightforward typeface, a gorgeous backdrop, and a very tongue in cheek question to top it off. Is it the most uplifting piece of art? No, but it doesn’t have to in order to be good.

Related Posts:
Neighbourhood Guide: Spend a night out in Yaletown
Guide: The 8 trendiest boutiques in Vancouver 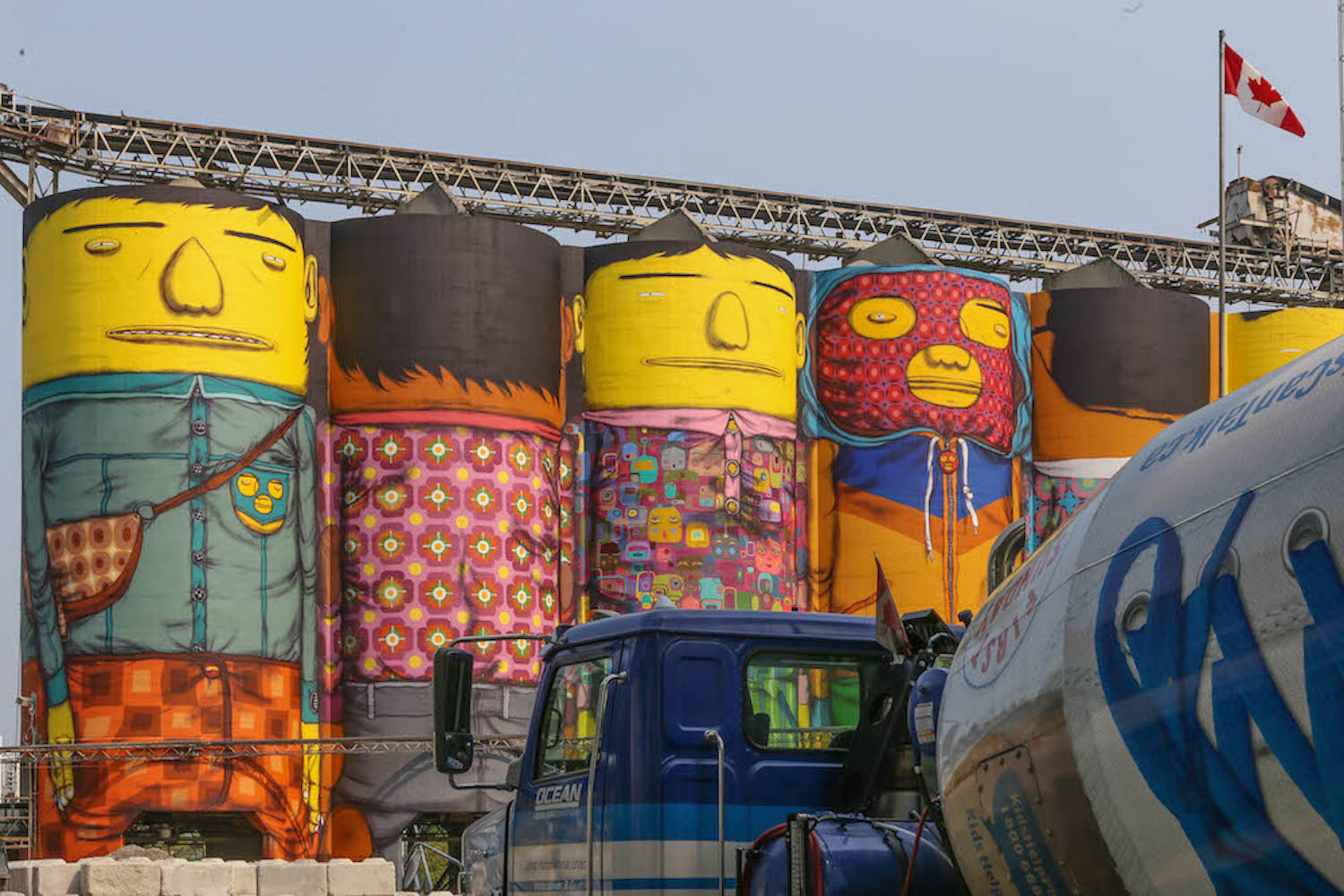 I Ate a Whole Raccoon by Allison Woodward and Graeme McCormack 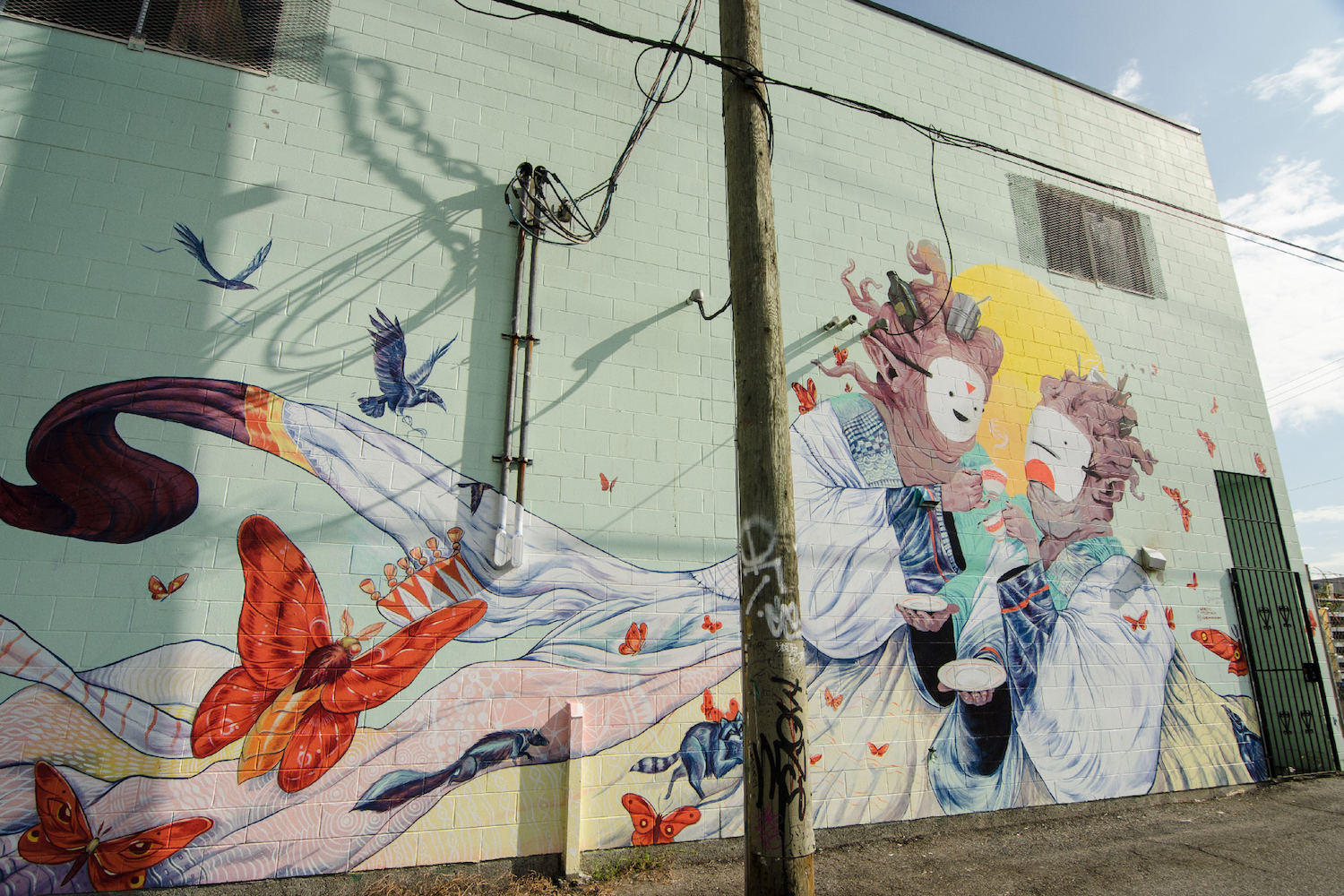 A collaboration mural that is located in the Downtown Eastside. We like it because it blends surrealist themes with a lighter colour palette. Also, we have a thing for simple smiley faces, and the ones on this piece shine. 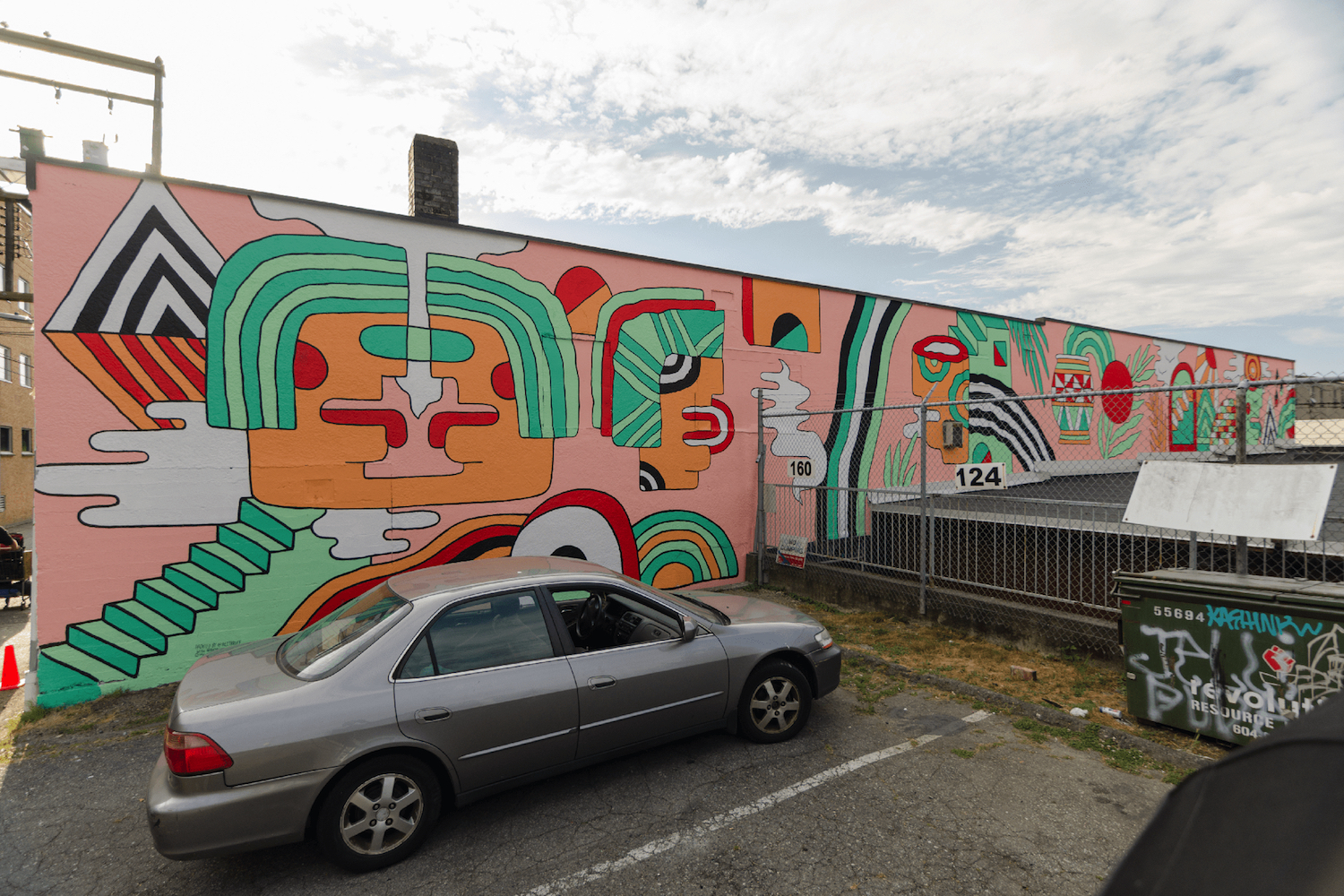 Local tattoo artist Ali Bruce‘s simple and heavy style does particularly well on a large scale, and Solar Vacation is maybe the best example of this. Geometry reigns supreme on this one, done is a vibrant colour palette that is great for the summer. 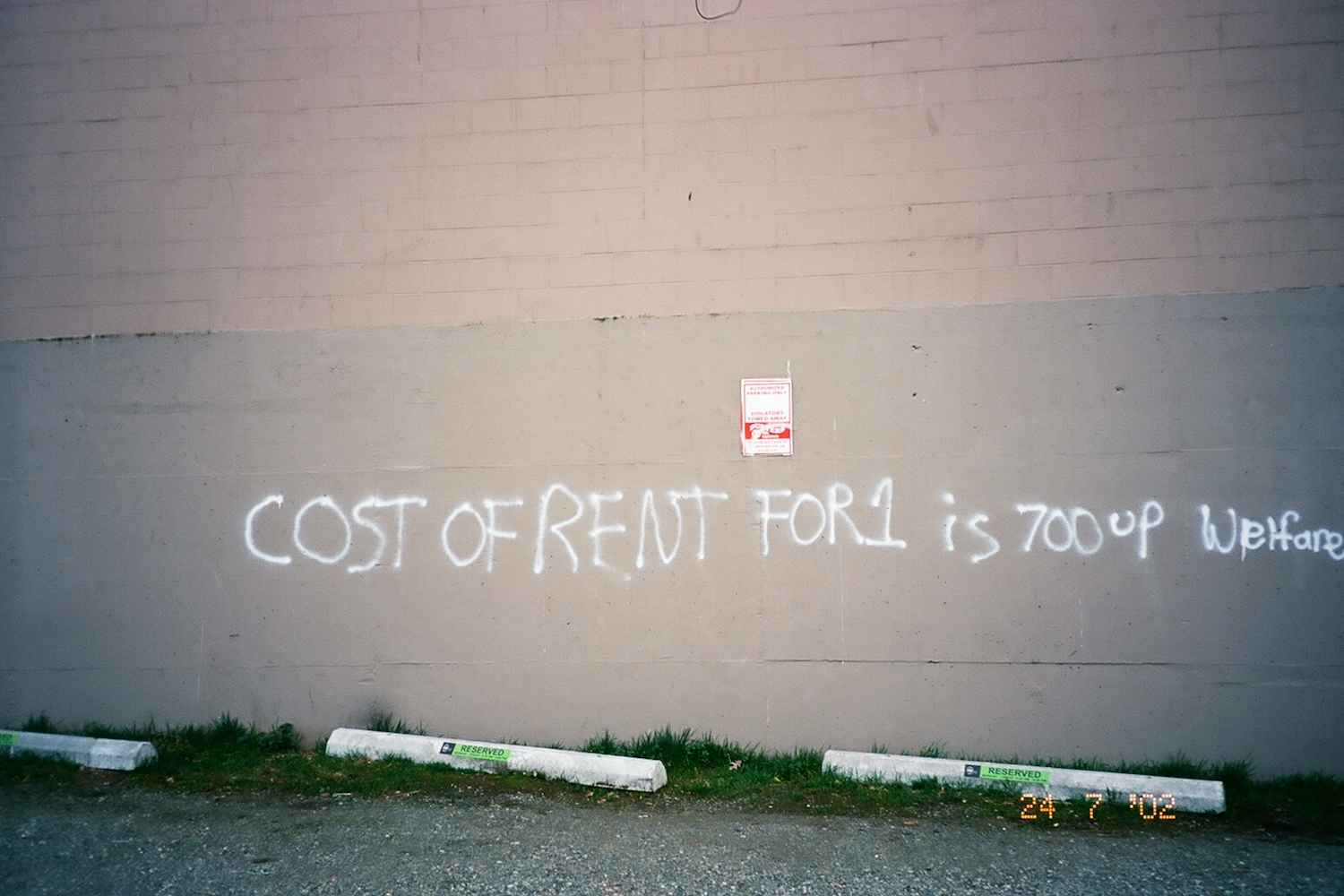 We’re not going to draw attention to a particular piece or artist because we’re not narcs. But, you should know that Vancouver’s graffiti scene continues to thrive. It could be a crazy scrawl in the DTES, a lighthearted moniker in Gastown, or even a ‘stinger’ in an industrial area. Vancouver has got some incredible graffiti artists, even if they exist in the shadows.

And those are our favourite pieces of public art in the city! Did we miss yours? Don’t worry, as summer goes on we will continue to showcase all that Vancouver has to offer.