Guide: 8 of the coolest buildings to see in Calgary

Calgary has some cool architecture. Whether you're a regular design nerd or you just like looking at pretty things, this guide has…

Calgary has some cool architecture. Whether you’re a regular design nerd or you just like looking at pretty things, this guide has all the best buildings in the city. Stay tuned, and maybe you’ll learn about a new place or two! 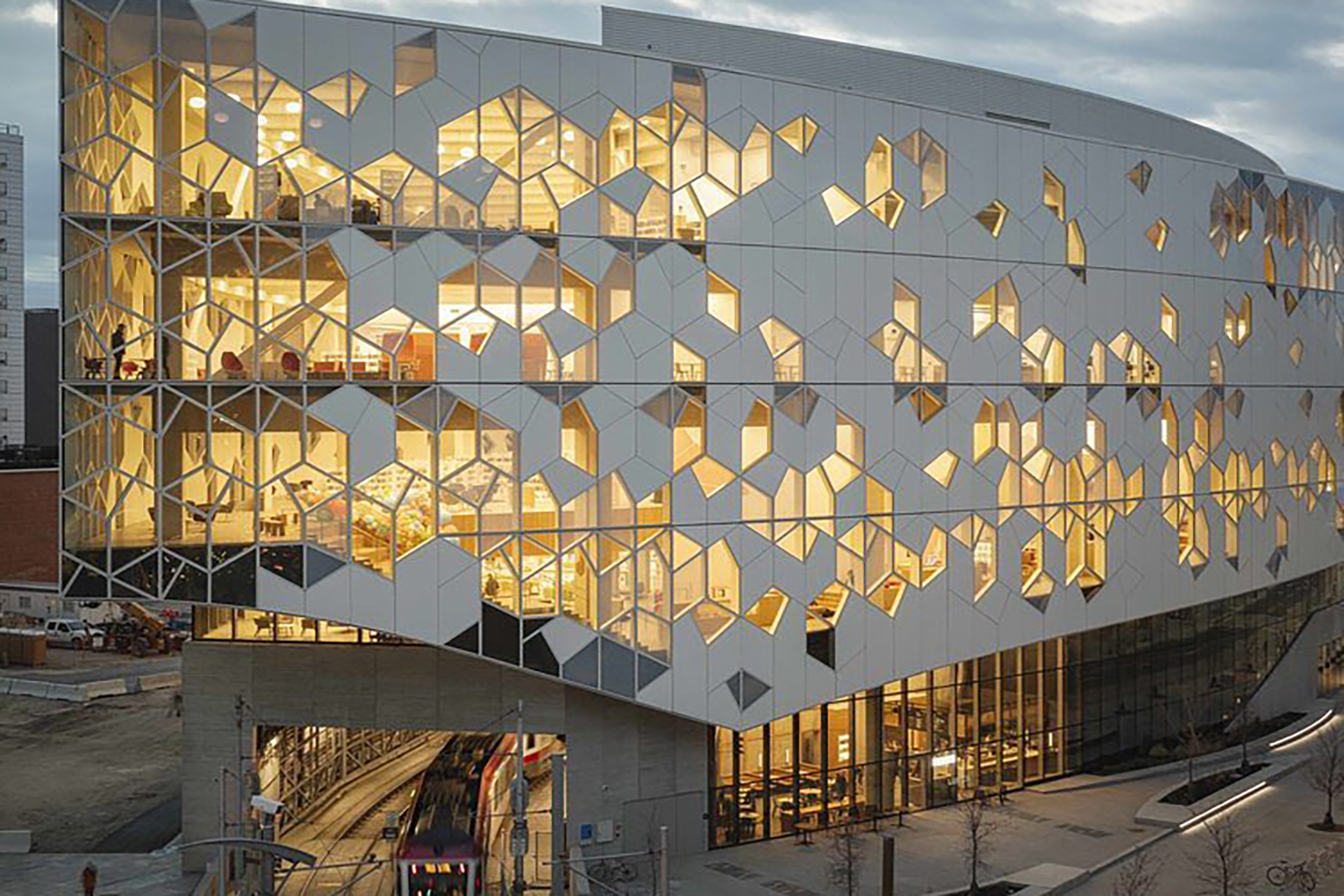 So we’re starting off with a staple. This library’s been the talk of the town since it opened, and it even made global headlines for its looks. We wish we could say the same. 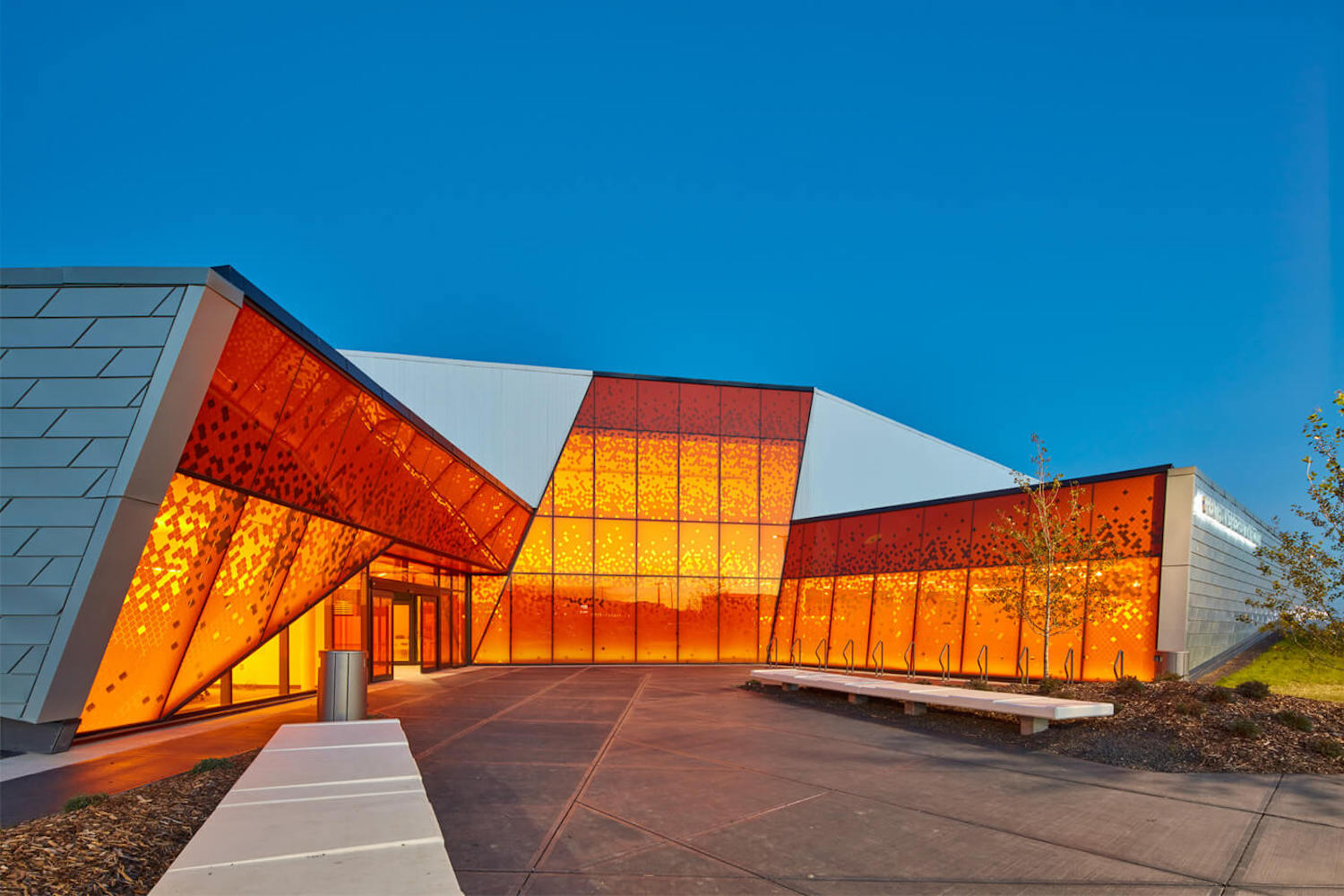 If you’re not a fan of orange, you might not love this place. But we do! It’s unexpected and interesting and wayyyy out on the edge of town, so if you’re lucky enough to have a hockey game there then take some time to admire it, k? 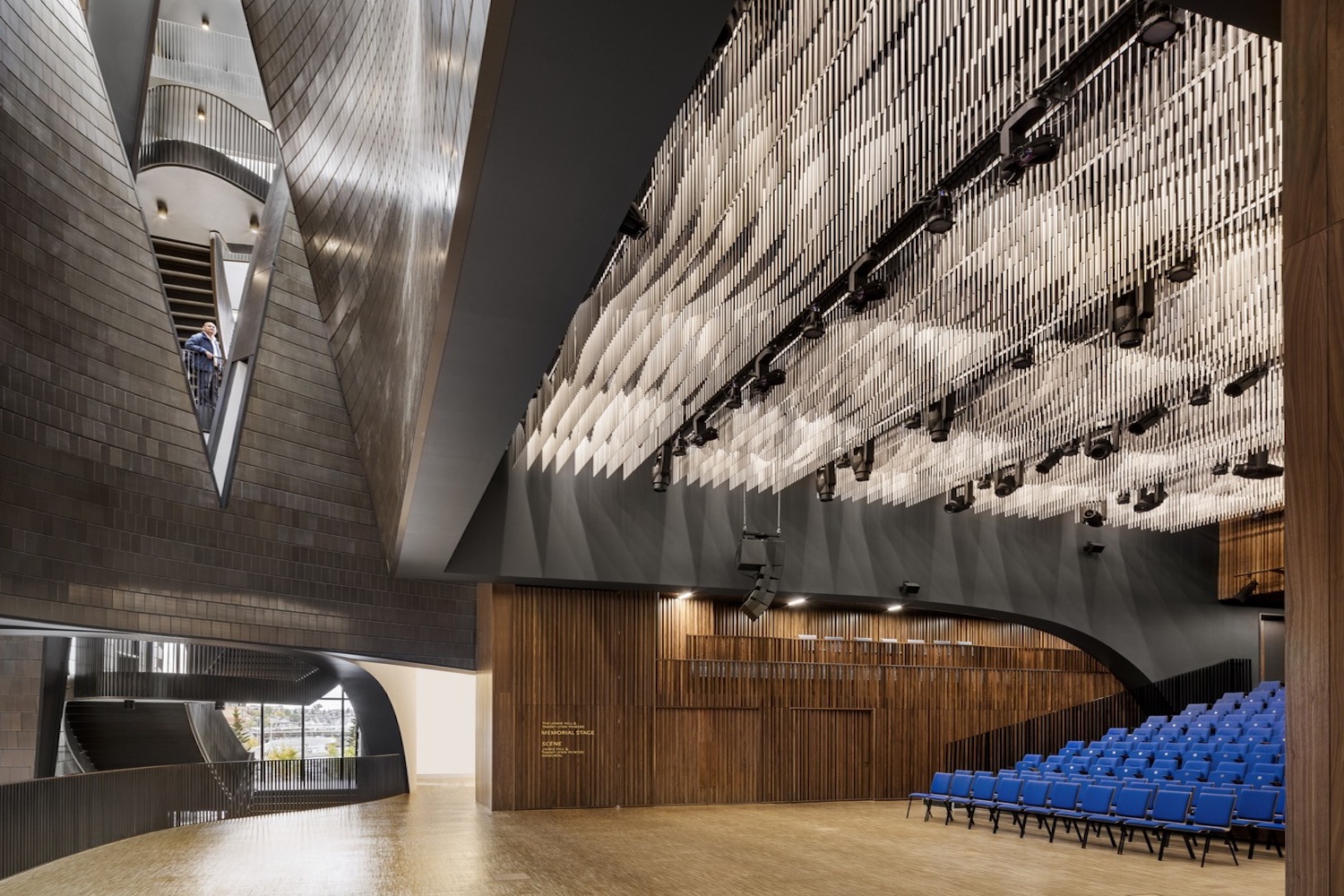 Studio Bell’s all about music, so it makes sense that it’s got “acoustical canyons” that help to echo sounds throughout the space. There’s also an elevated pedestrian walkway and serious alien ship vibes, so we’re into it. 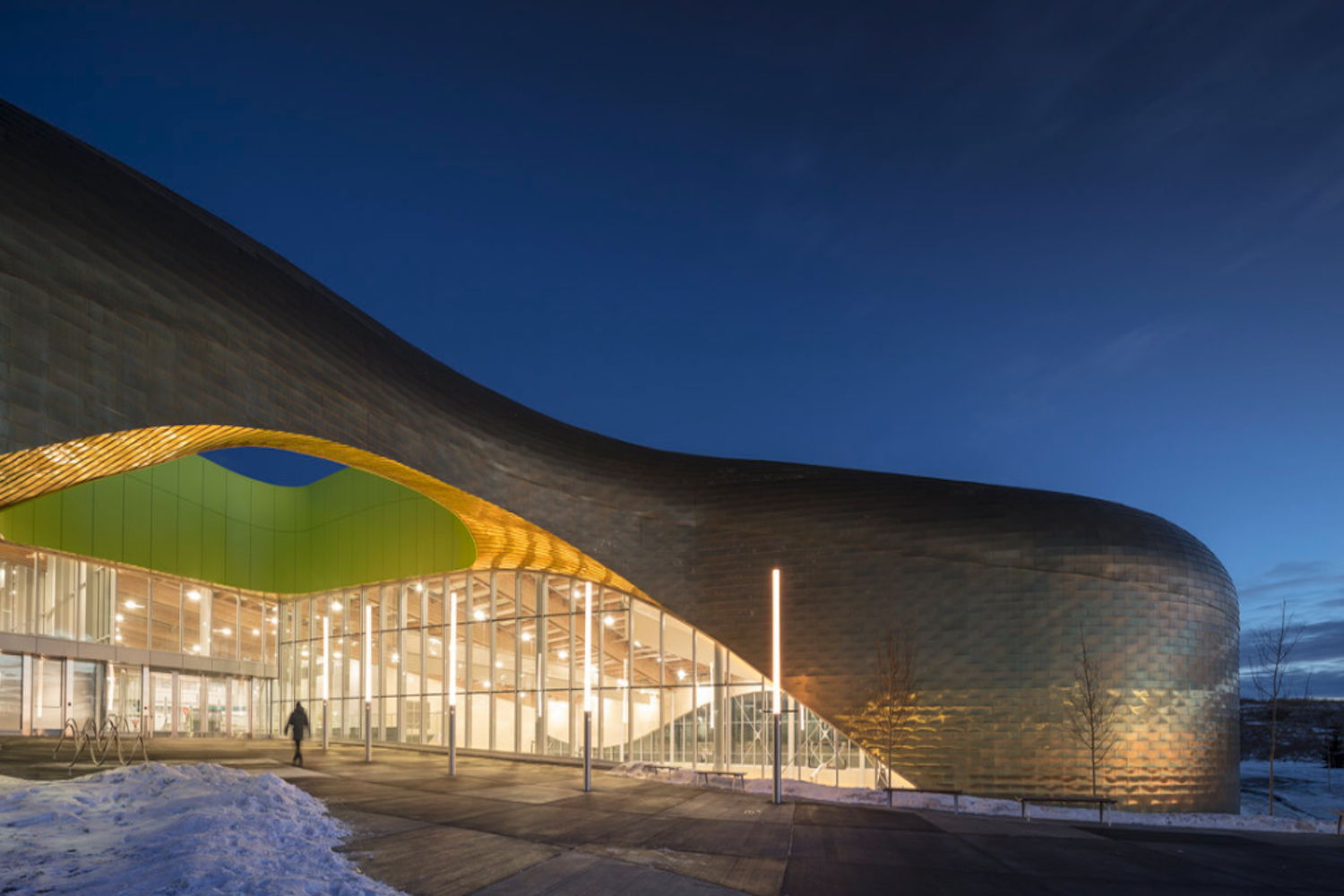 This undulating roof is pretty hard to forget. Though the Rocky Ridge spot lost its “biggest YMCA ever” title to the Seton one, we think this facility’s design might be a tad cooler. And also, we’re a sucker for neon green, so. 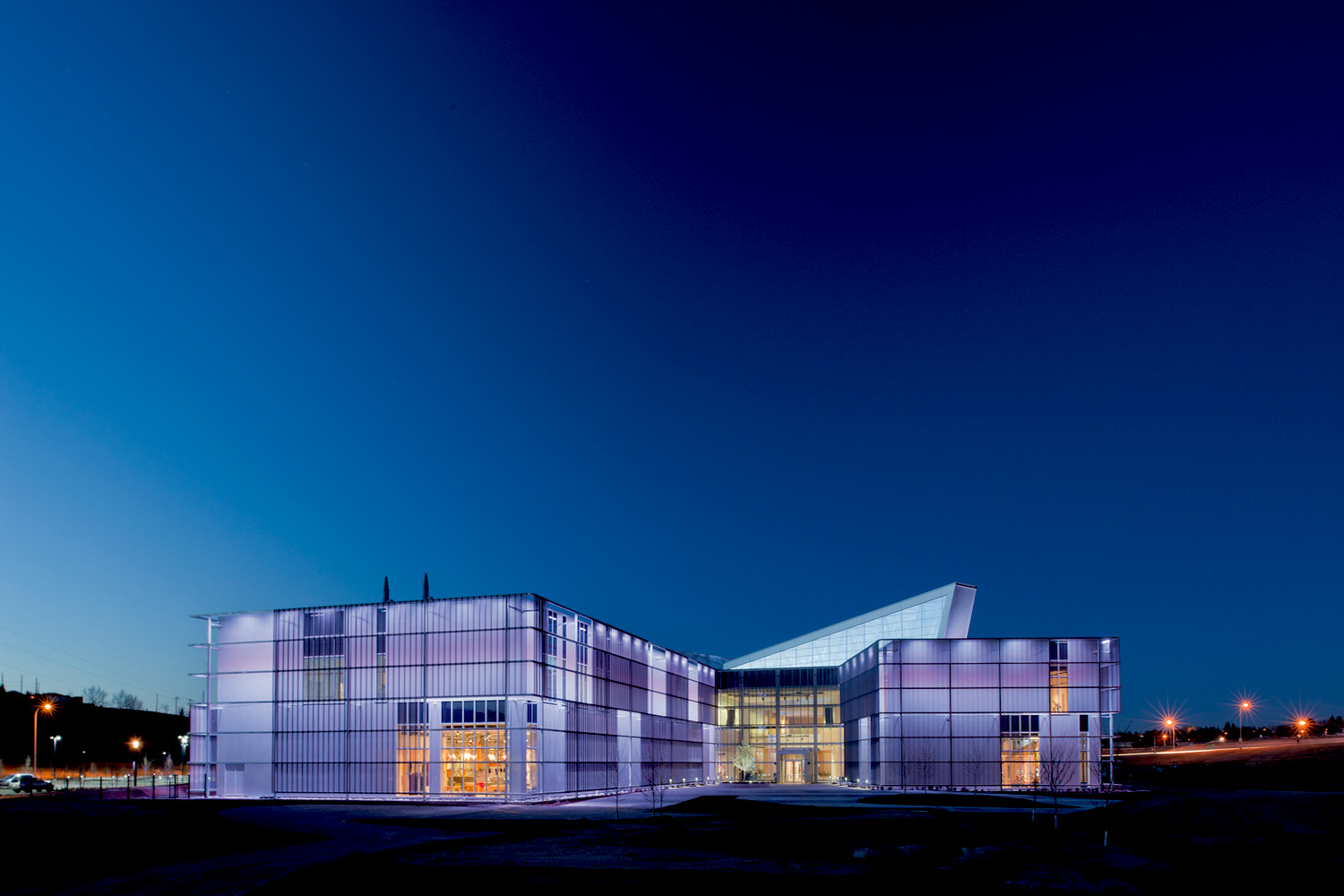 Dialog Design describes the science centre as a “rich patina of colour and movement”. We can’t say we’ve ever used the word ‘patina’ before, but hey– when your building looks this cool, you can afford some 5 dollar words. 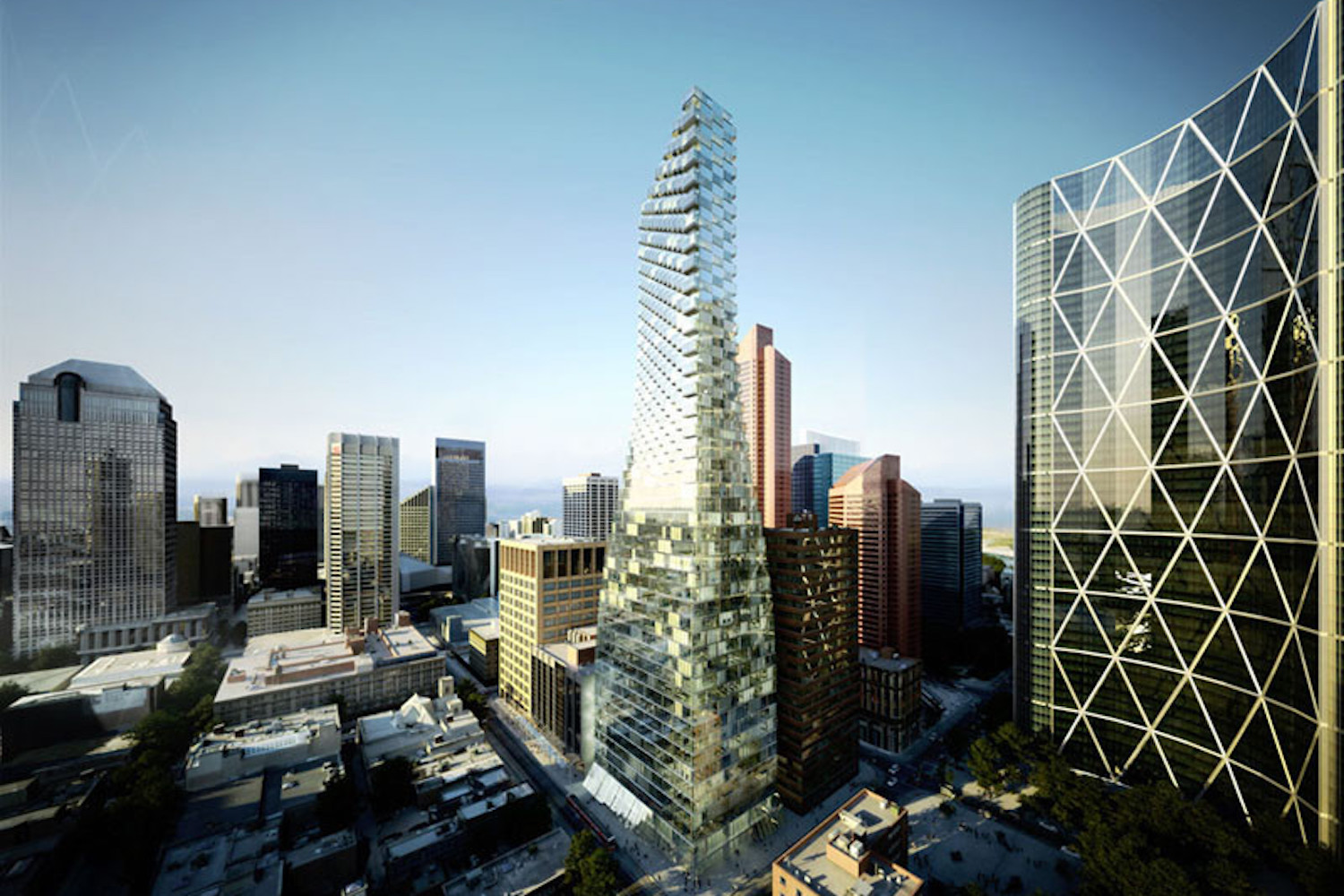 This kinda resembles a high risk Jenga tower, but apparently it’s as stable as stable gets. We’re gonna take the architect’s word on this one and let our worries float away with the pretty Northern Lights glow. 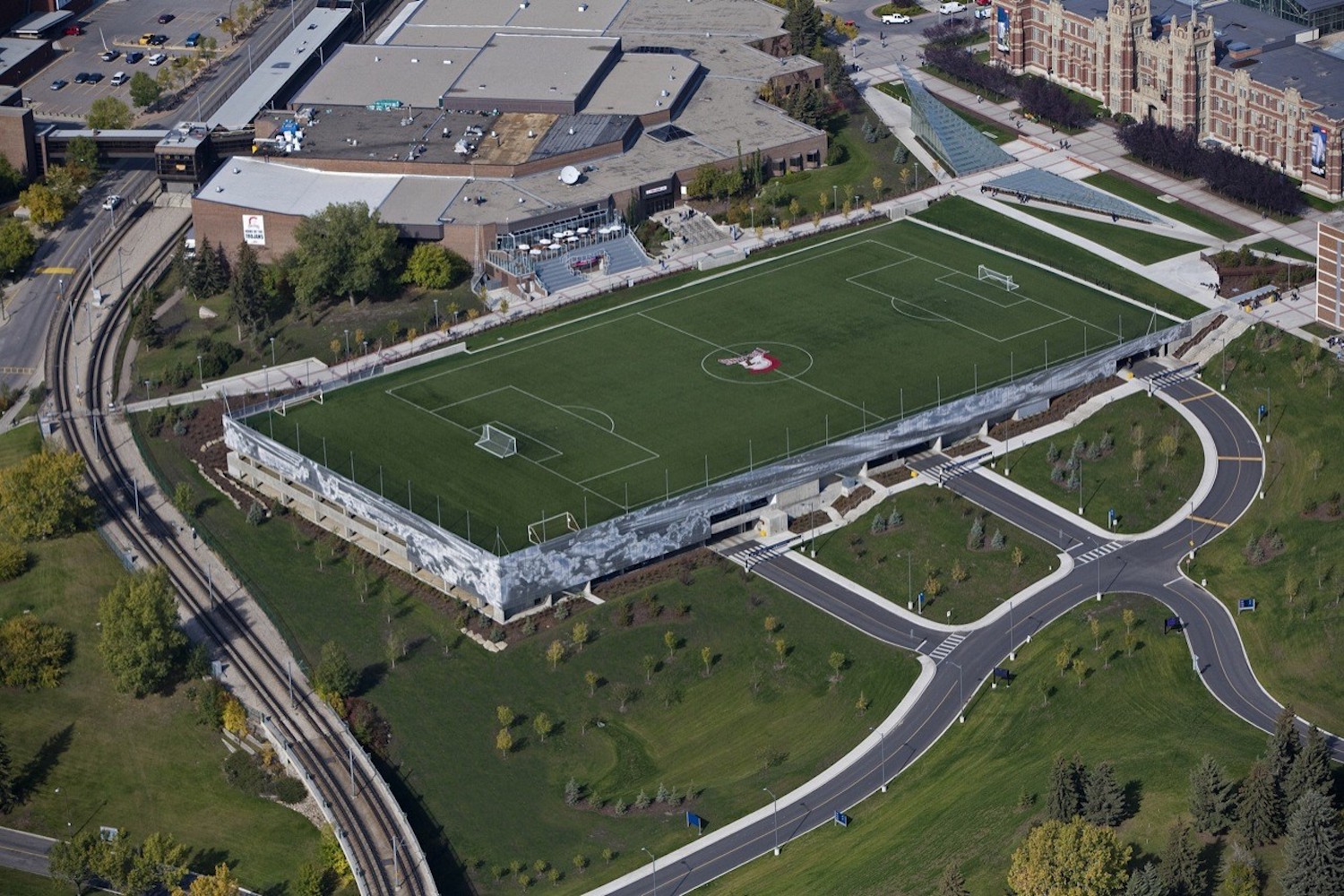 Just ’cause we have little to no skill on the soccer field doesn’t mean that we can’t appreciate SAIT’s rooftop installation. The three-level parkade has a roof level that’s the same height as the ground level of the gothic Heritage Hall, so you can admire the gorg 1921 building while you chill on the turf. 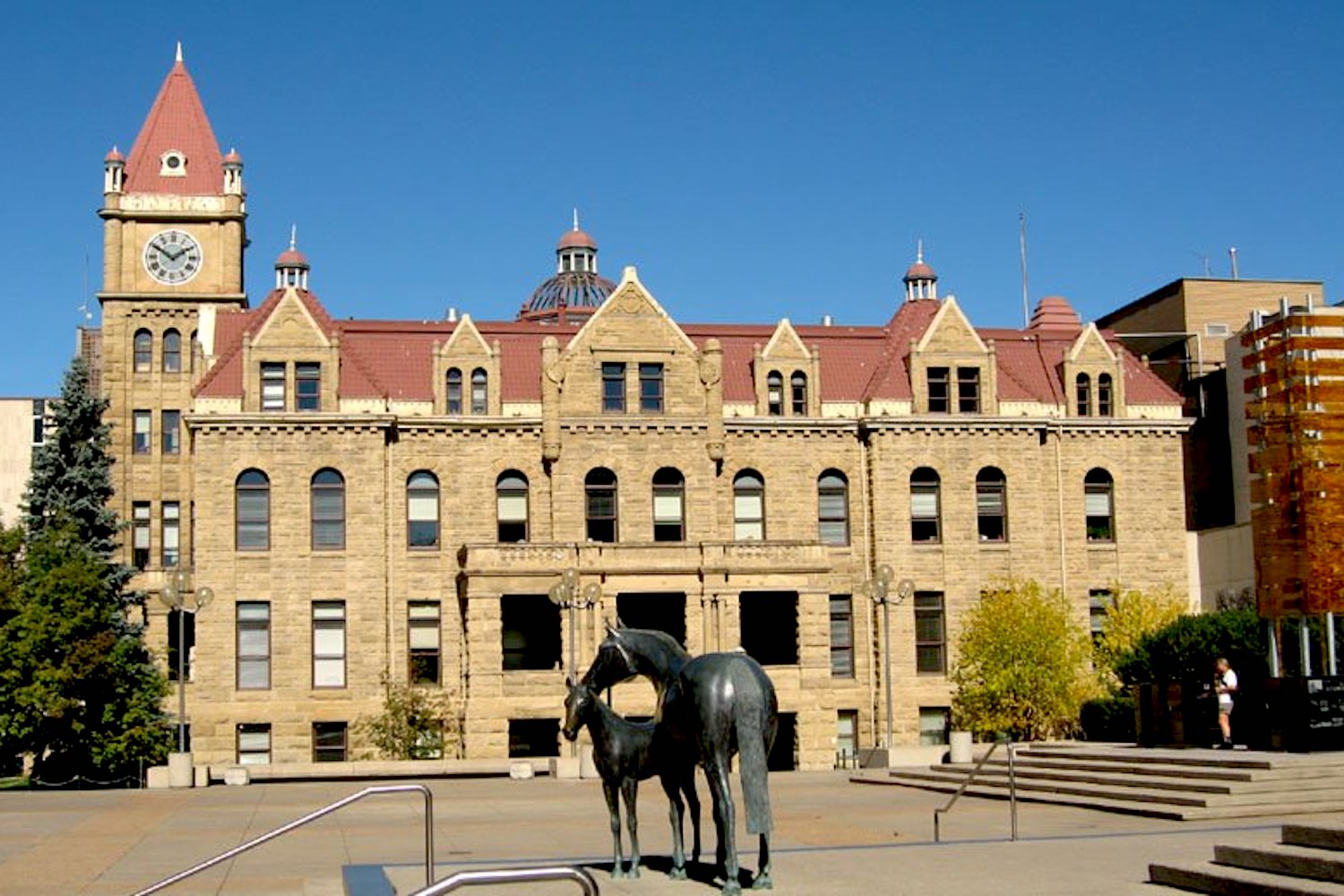 We love the new new, but the old old isn’t too shabby either. City Hall’s Romanesque Revival style is pretty inspiring and rock fans can get down with the all-sandstone look. Check out the clock tower– it’s over 32 metres high and still looking as majestic as it did 108 years ago.

That does it for now Calgary! Think we missed some buildings? Snap a pic and tag us on Insta– you never know when we might repost something snazzy!