Have you ever wanted to stay overnight on one of the four corners of the earth? Well, the earth is round, so…

Have you ever wanted to stay overnight on one of the four corners of the earth? Well, the earth is round, so you’re out of luck. BUT, if the world was flat, Fogo Island Inn would be one of its four corners. Let’s take a look at one of Canada’s most spectacular places to stay.

This 5-star hotel advertises its location as sitting on “an island off an island”. Fogo Island sits at the tip of the northeast corner of Newfoundland, making it truly one of the most remote hotels on earth. 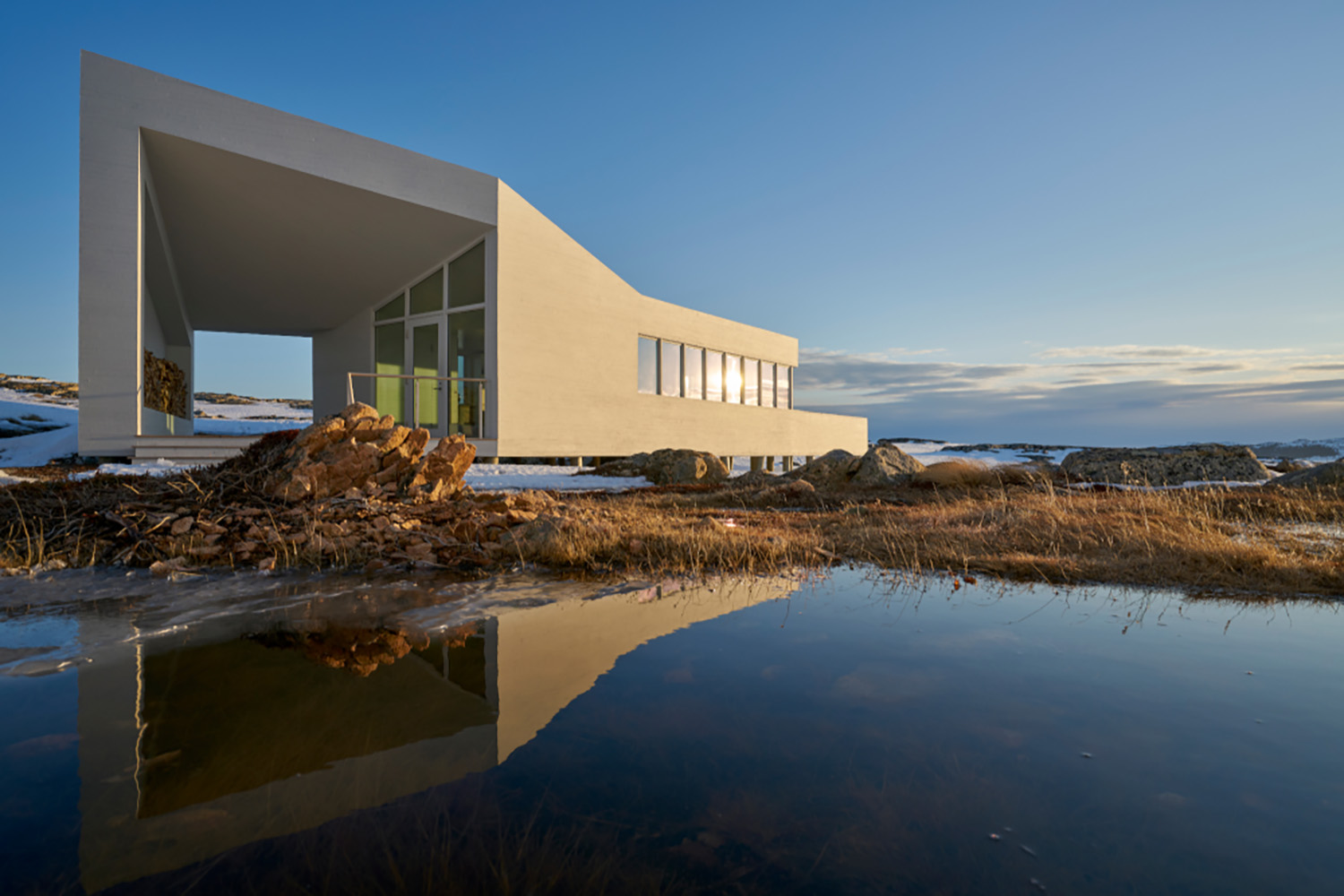 It sports 29 one-of-a-kind rooms and suites and resembles an uber-stylish Bond villain’s lair. At three hundred feet long by 30 feet wide, the building stands like a ship on stilts.

Recent Posts:
A magical ice festival is about to take over this Canadian mountain town
Canada was just ranked as the 2nd best country in the world! 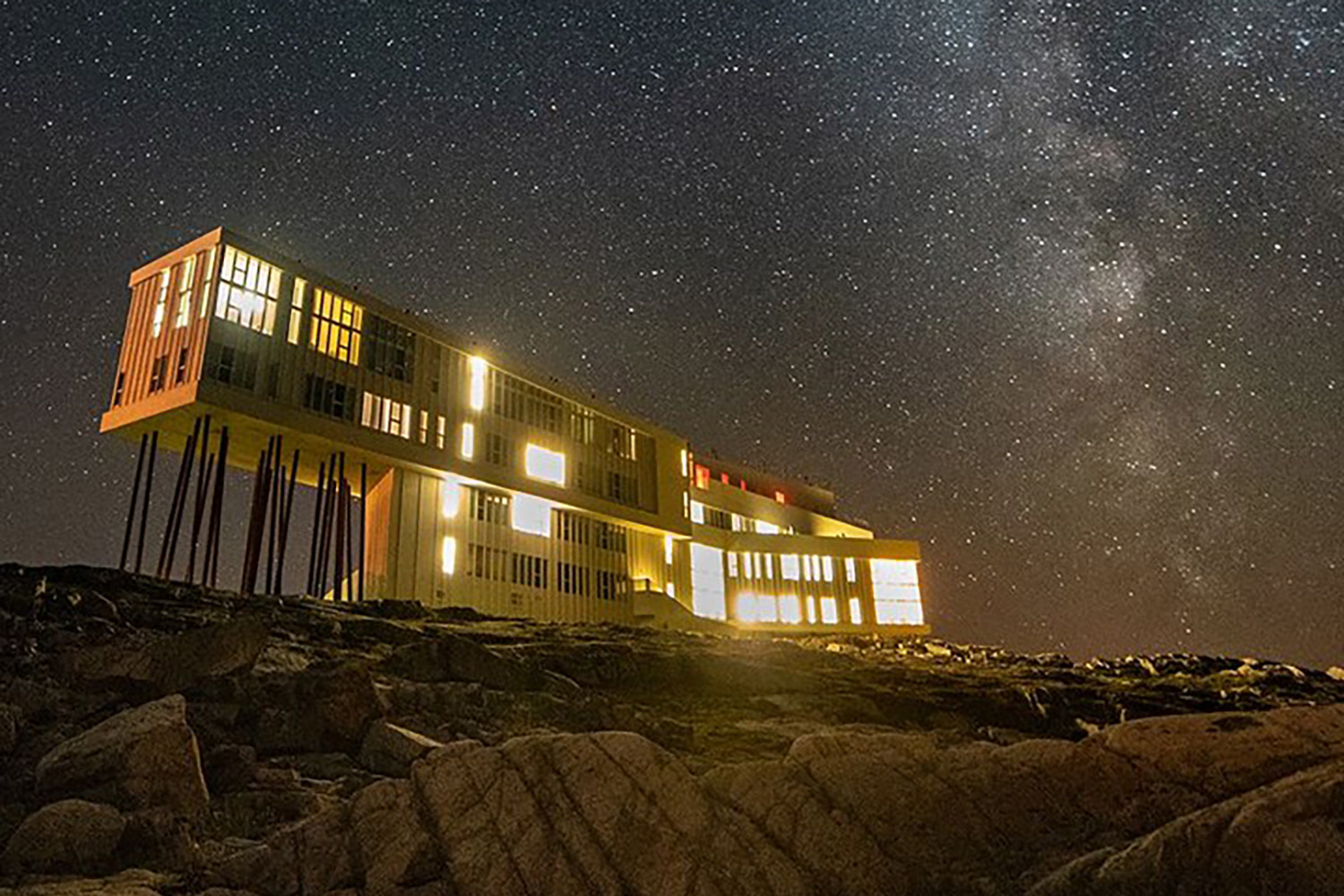 Honestly, we’re pretty accepting to the idea of more seasons. After all, it’s better than 8-month-long winters followed by 4 months of Mother Nature sporadically mixing sun, rain, and wind.

Fogo Island Inn isn’t just cool to look at, as it puts a massive focus on sustainability and respect for its surrounding nature and culture. Heck, they’ve even laid out and economic nutrition chart so you know exactly how your money is being used! 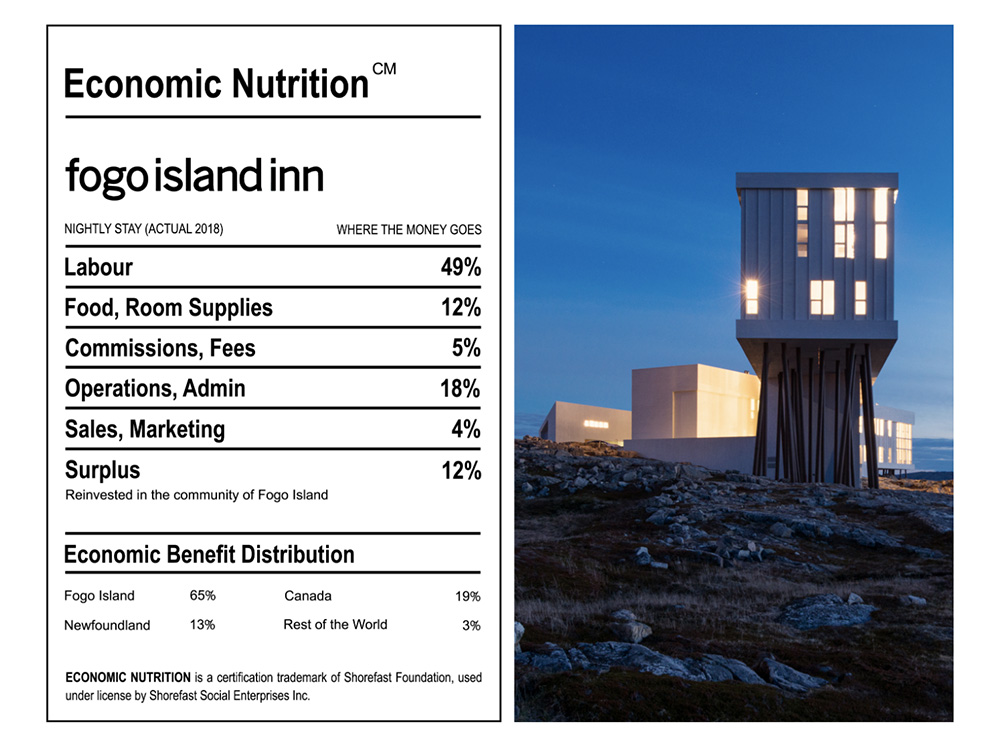 That brings up an important point: money. Staying at Fogo Island Inn is absolutely not cheap. In fact, it’s downright expensive, with the lowest room rate starting at $1975 a night. That being said, this is definitely a once-in-a-lifetime place to stay.

So, if you’ve got a few thousand dollars burning a hole in your pocket and are looking for an incredibly unique vacation, Fogo Island Inn might just be your best bet. Keep adventuring, Canada!