For whatever reason, public art in Calgary has always been pretty controversial. While the giant blue ring has caused the most outrage…

For whatever reason, public art in Calgary has always been pretty controversial. While the giant blue ring has caused the most outrage even so many years later, the city has never publicly proposed taking it down. Apparently, it takes a heck of a lot more to have one of the city’s sculptures tucked away, folks! A Lot more.

In fact, only a handful of permanent structures have been taken down in recent memory, but one in particular shocked us.

Related Posts:
“Drive with vigilance” Parts of Alberta to get up to 20cm of snow this week
An NHL game at Lake Louise would be the event of the year, but could it actually happen? 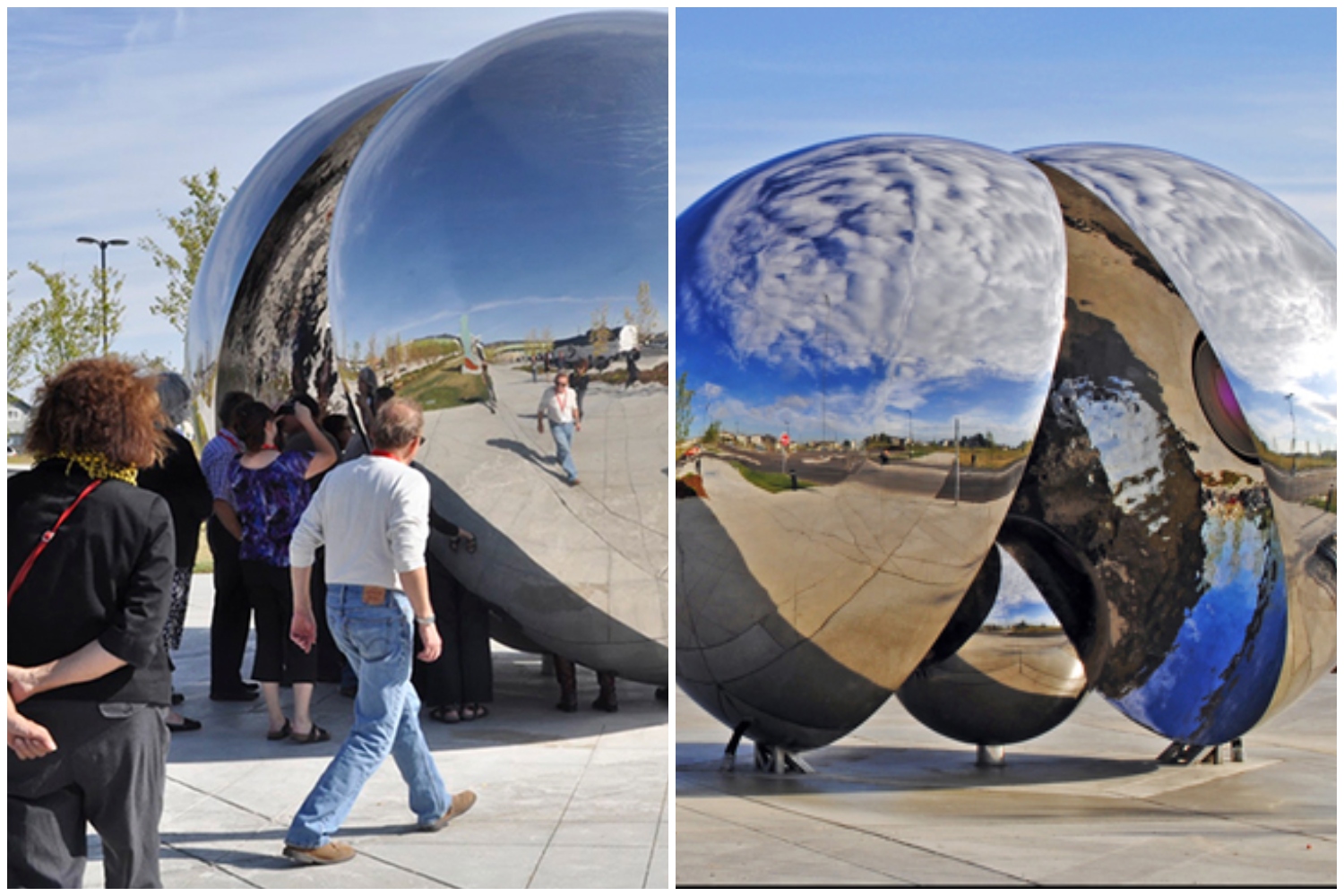 Back in 2014, a $559,000 piece called The Wishing Well was actually placed in storage, not because it was an eyesore, but because it was a freaking danger to society. Now, years later, the city is considering putting it back on the streets.

So what happened exactly? How could a stationary sculpture cause any harm? Well, apparently the sun had hit the stainless steel structure and the reflection burned a hole right through someone’s jacket. Wild, right?

Of course, before the sculpture is seen by the public eye again, they’ll have to do several safety tests at the proposed location.

As of right now, we’re not sure if it will be placed indoors or outdoors, but we’ll be watching! What do you guys think about this particular Calgary public art piece? Will you feel safe in close proximity to this thing on a sunny day? We want to know!