An NHL game at Lake Louise would be the event of the year, but could it actually happen?

Hello and welcome to some post-Thanksgiving speculation! Over the weekend, the Toronto Star broke the news that the NHL has been in…

Hello and welcome to some post-Thanksgiving speculation! Over the weekend, the Toronto Star broke the news that the NHL has been in conversation with Lake Louise about hosting an outdoor game there to start the 2021 season. Sure, it’s one of Canada’s most gorgeous winter destinations, but could this actually happen?

To be blunt, probably not. But, there is a solid argument that this event (or ones like it) might just happen this season. Mark Zwolinski, a sports reporter for the Toronto Star, received a tip from an anonymous industry source that Lake Louise had been discussed internally as a possible spot to open the NHL season. The NHL, like other pro leagues, is going to have to get creative to make up for a lot of lost revenue, so this isn’t as far-off an idea as it may sound. Now, let’s speculate!!

Lake Louise, a hamlet of Banff National Park, is already a massive tourist destination around Christmas and the New Year. In any other year, adding a little extra tourism to one of Canada’s most incredible destinations would hardly be a dealbreaker. In 2020, however, even the country’s most popular tourist spots don’t want to be overrun with out-of-towners.

First off, the league would have to figure out how to safely get players in and out of Lake Louise. With the 14-day quarantine for international travel in effect for the foreseeable future, this would mean the teams would most likely be Canadian. A battle of Alberta on Lake Louise? Okay, now we’re really excited. 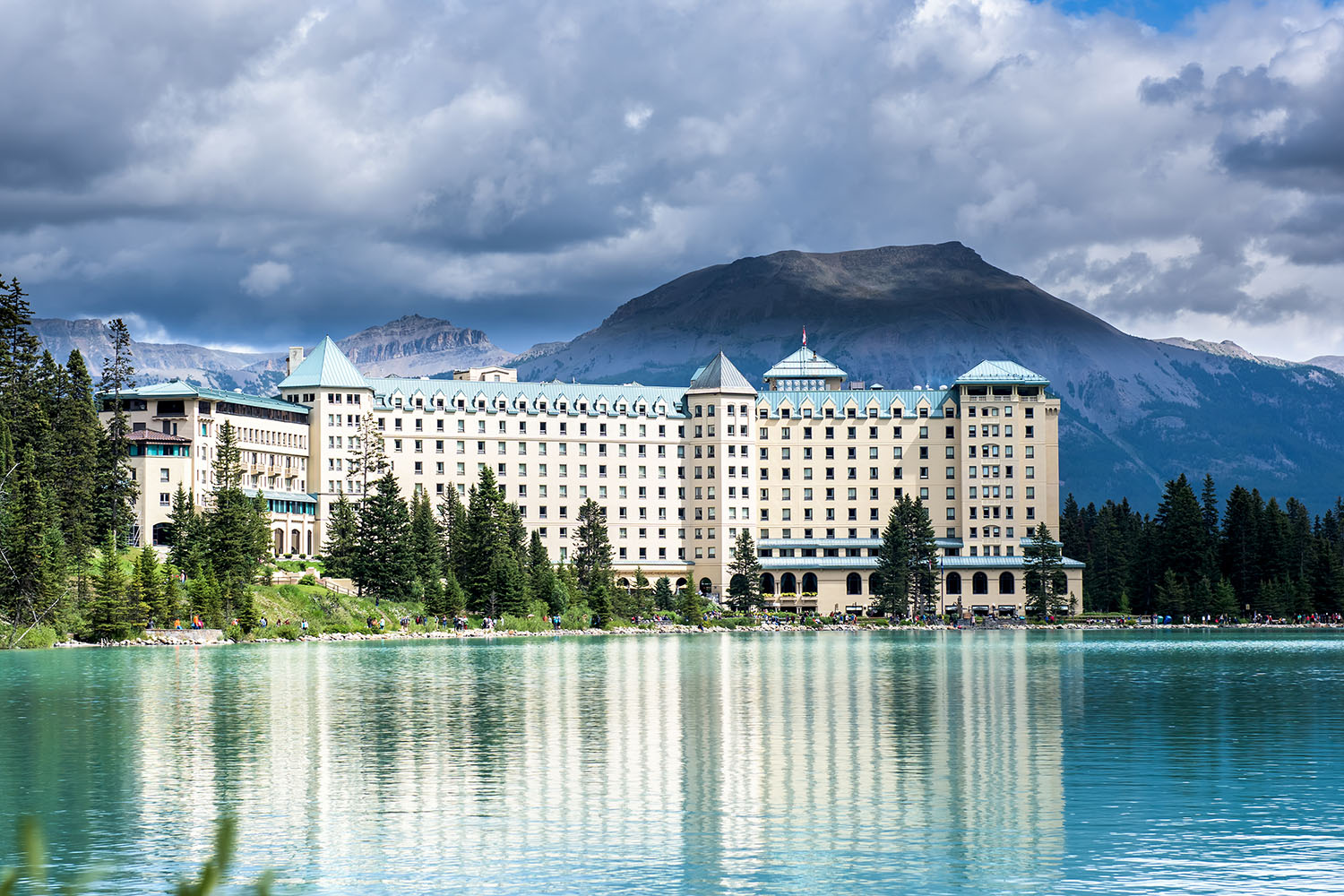 So let’s say teams stayed at the stunning Fairmont Chateau Lake Louise, which sits right on the shore of Lake Louise itself. Players would be treated to first-class accommodations and probably one heck of a New Year. But, the 539-room hotel would most likely have to dedicate an entire floor to each team due to COVID protocols and to mirror what the NHL did (successfully) in the bubble cities of Toronto and Edmonton. Would the NHL pay the Chateau Lake Louise handsomely for this? Sure, but with a massive drop in revenue due to this past season, the league probably isn’t sitting on a mountain of cash.

For the sake of argument, let’s pretend that it happens. It would allow the NHL to build a covered tunnel or walkway for the players to easily get from the playing surface back to a makeshift dressing room at the Chateau. Another possibility is that the NHL takes up lodging in Banff at one of the many top-notch hotels the town has to offer. Either way, if Lake Louise is the playing surface, there will need to be on-site dressing rooms set up.

Speaking of the playing surface, would a natural rink be able to handle an NHL game? Well, kind of. The NHL has hosted outdoor games in California and Dallas, so there is no question that they know how to build a rink in atypical conditions. Chances are an actual rink would be built on top of the natural ice to ensure the quality is top-notch, and the winter Alberta weather would help make that easier.

The thickness of the ice (in order to hold the weight of players, boards, etc.) shouldn’t be too much of a concern, as Lake Louise is flooded with hundreds of public skaters daily year after year. Still, anyone who has ventured out to Lake Louise for a winter skate knows piles of snowdrifts can cover the ice in a hurry, so keeping a playing surface here clean and up to NHL standards would be no walk in the park. 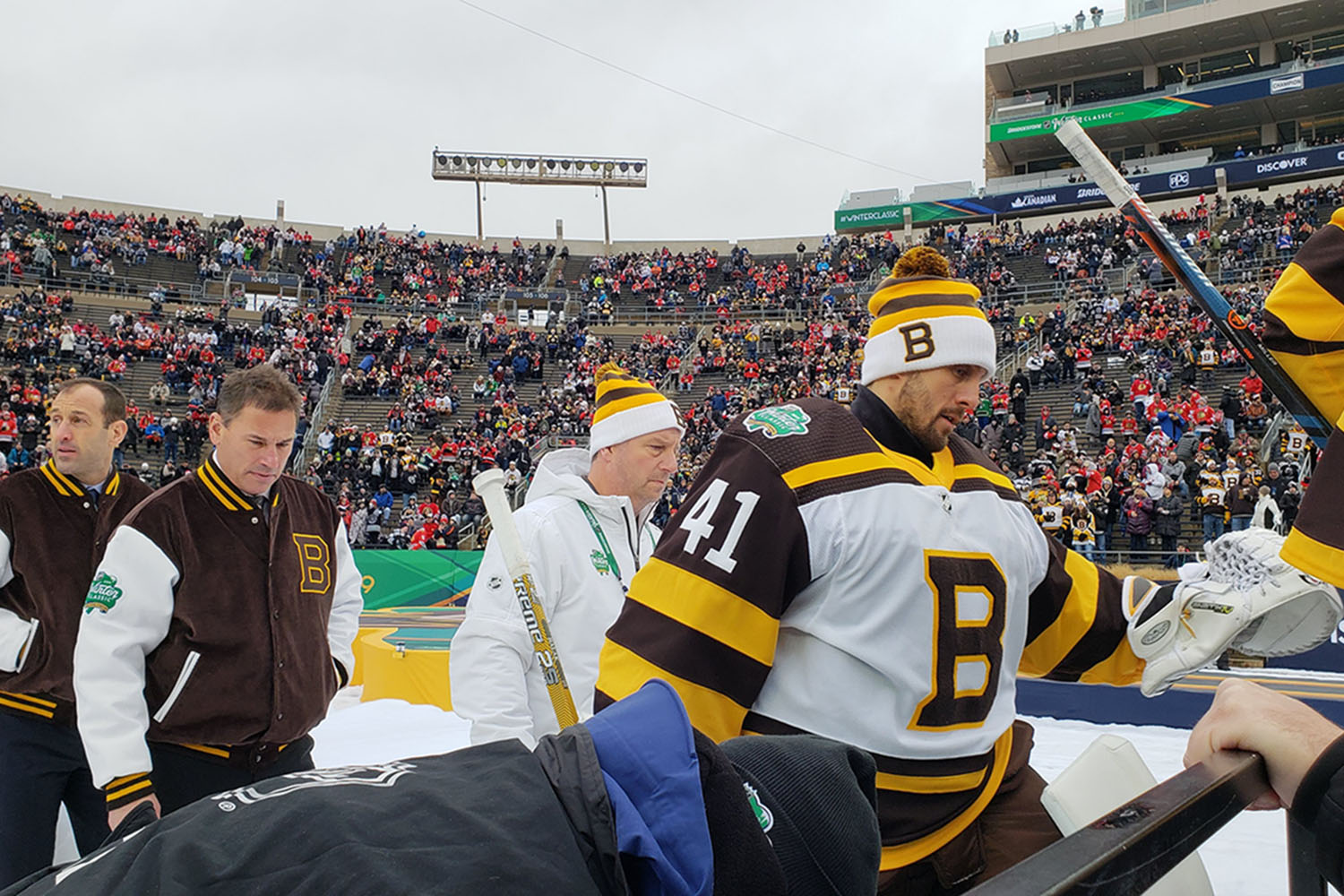 Finally, would this make financial sense for the NHL? As we mentioned before, the league is low on cash. COVID ripped a hole through ticket sales and overall revenue, meaning that high-risk plays are even riskier now. As there would be little to no in-person attendance allowed, the league can’t rely on ticket prices to soften the financial blow.

Here’s an example. The smallest attendance for NHL Winter Classic games since they began in 2008 was 38,112 people at Boston’s Fenway Park in 2010. If we say the average ticket was priced at a very low $50 per ticket, that is still nearly $2 million lost right off the bat.

Odds are, the NHL would count on the stunning backdrop of the Rocky Mountains as its main selling point for huge TV advertising numbers. It would look fantastic on just about any screen, but with less-than-stellar TV audiences for the majority of the 2020 playoffs, betting big on ad revenue from an outdoor game hosted in Canada (versus the US) would be a bold strategy, to say the least. Plus, TV ratings for the NHL Winter Classic have been on a decline in the past few years, meaning the traditional outdoor game may be losing its appeal.

Obviously, the NHL knows that Canadians are always going to tune in to big games, but outdoor games have traditionally been held in the US as a spectacle to expand the reach of the game. Usually, the NHL wouldn’t want to ‘waste’ what could be one of the biggest North American sporting events of the year on a Canadian location. American viewing numbers would probably be lower than if the game were to be held in Aspen, but this year that might not matter.

Why? Well, for one, Lake Louise may be universally gorgeous enough for people around the world to tune in.

Secondly, and most importantly, this may be the only year where the NHL is bleeding badly enough that they’ll throw out the idea of growing the game past Canada (for a hot second), and instead focus on creating a once-in-a-lifetime game in a location where the people care about it the most.