Give a Canadian some time, and they'll be able to accomplish almost anything. In fact, we have a habit around here of…

Give a Canadian some time and they’ll be able to accomplish almost anything. In fact, we have a habit around here of doing things bigger and even better than anyone else. Take Minu Bhatia, for example. Since becoming a citizen in 2015, she’s been able to break a world record that we had no idea even existed until today.

It may have taken 18 long, tireless months, but Bhatia has made history by crocheting the world’s largest Canadian flag.

Recent Posts:
A Canadian cannabis company just bought a major US Brewery that founded “420 Fest”
This Mountain House being built on a BC island is one of the craziest homes we’ve ever seen 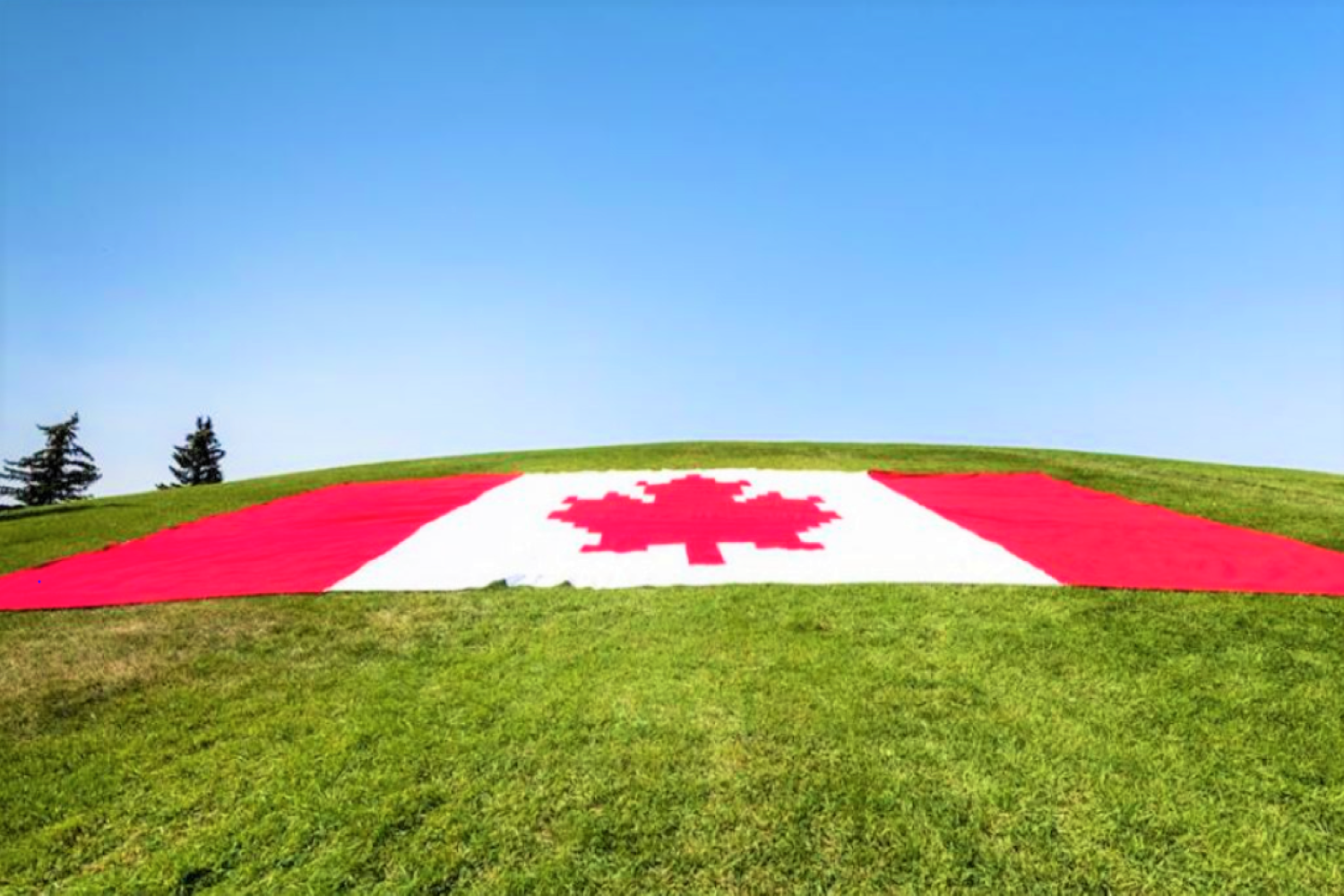 This bad boy actually started out as a little project to celebrate her very first year as an official citizen, needless to say, at 60 kilograms – it didn’t stay that way.

According to the CBC, all 74 square meters of it have been lugged around and featured at both Calgary and Banff Canada Day Celebrations. It’s also been featured in, not one, not two, but three books of world records. Wowza. That’s some accomplishment, folks!

Now, go rest your fingers, Minu Bhatia! We think you deserve it – we can’t imagine how sore you must be.